The Cedarvale Ravine in Toronto was once slated to be a casualty of the Spadina Expressway but remains a haven for anyone looking for a temporary return to nature. 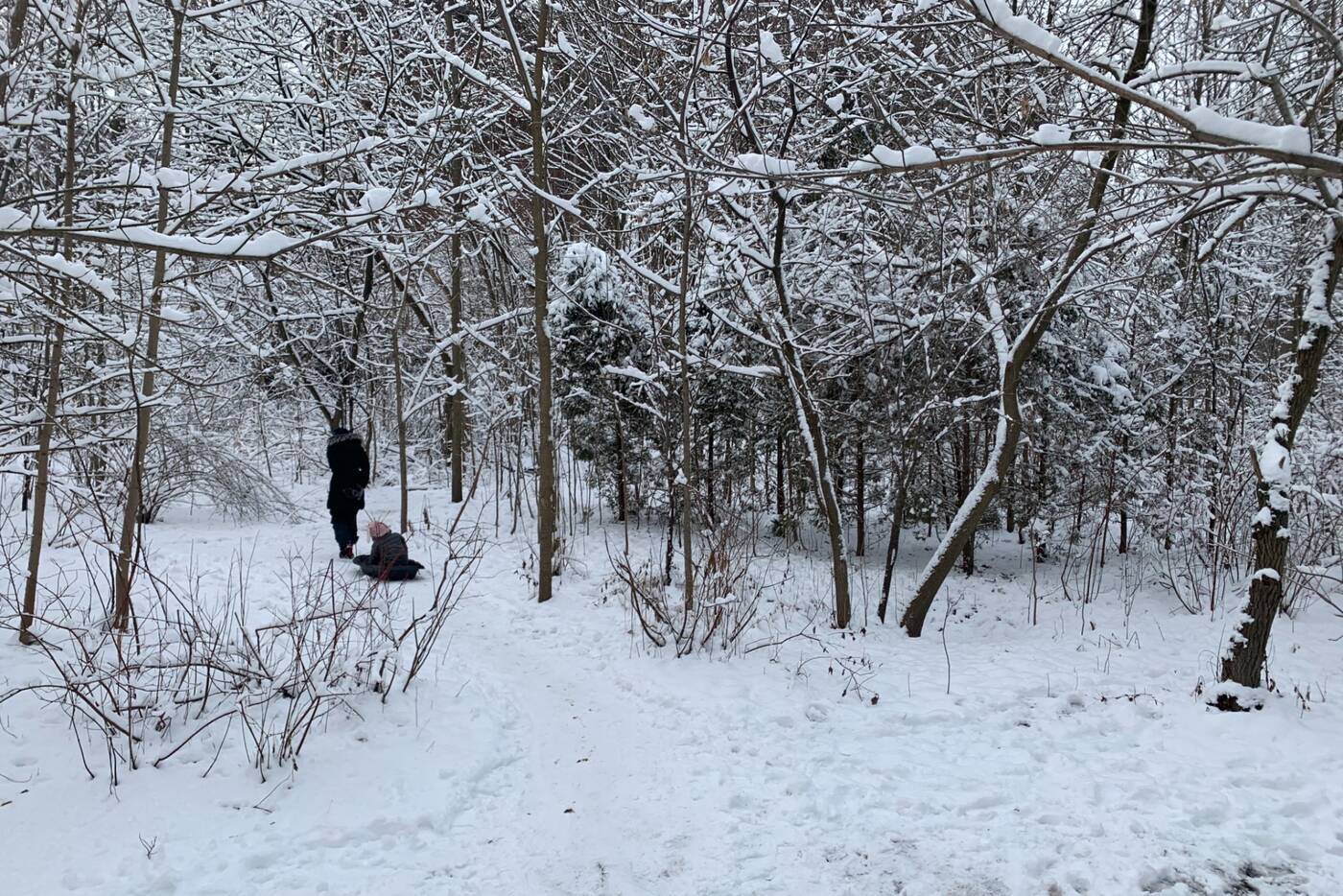 You might spot a few families on their way to go sledding at Cedarvale Park through the ravine.

The 2.5-kilometre trail runs between Eglinton West station and St. Clair West station to the south, making it one of the more accessible ravine walks in the city. 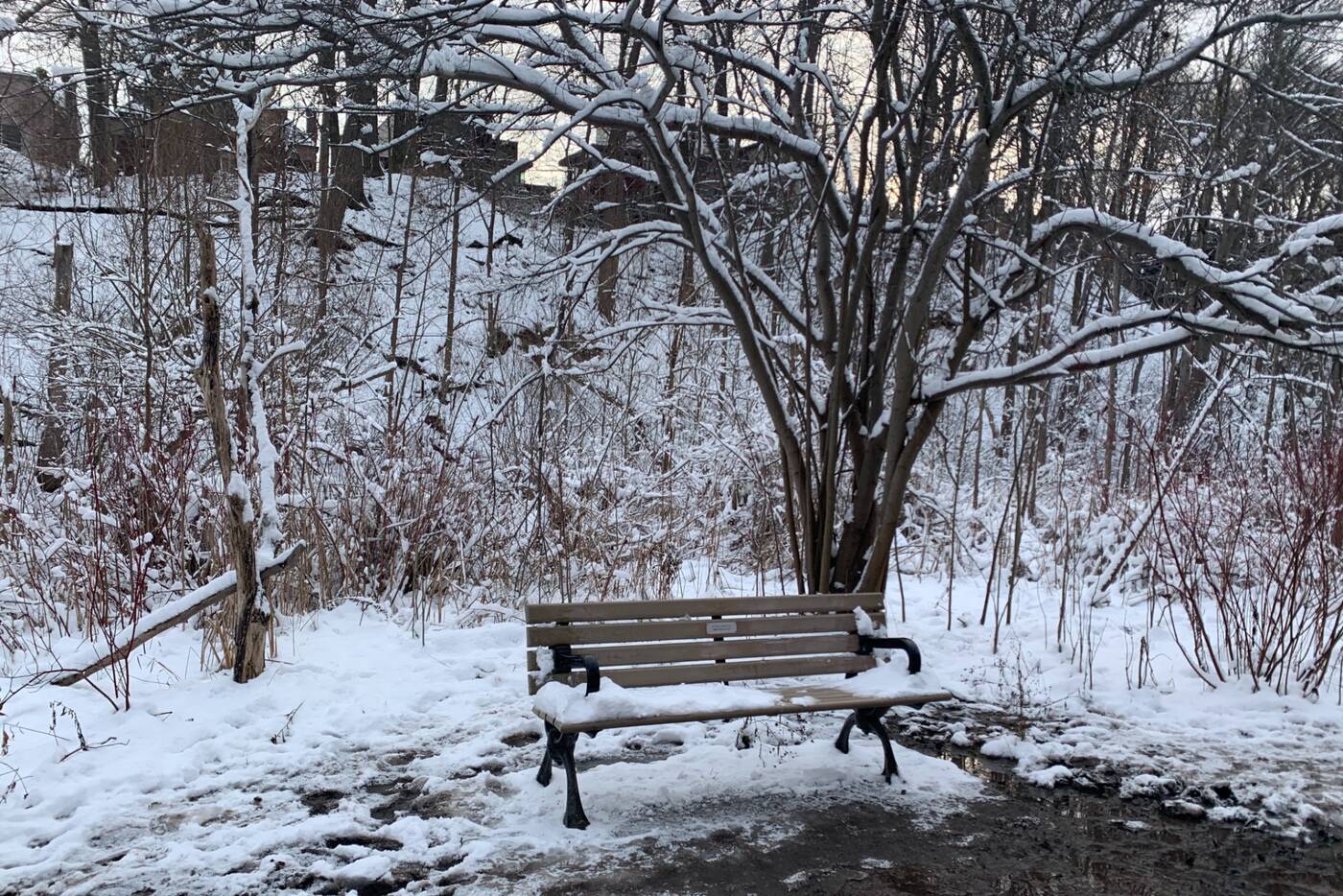 There are a number of benches in the area.

Cedarvale Park is located toward the north end of the ravine and comes with steep hills for sledding and a large dog park. Though you may want to avoid the hilly park as it can get pretty crowded. 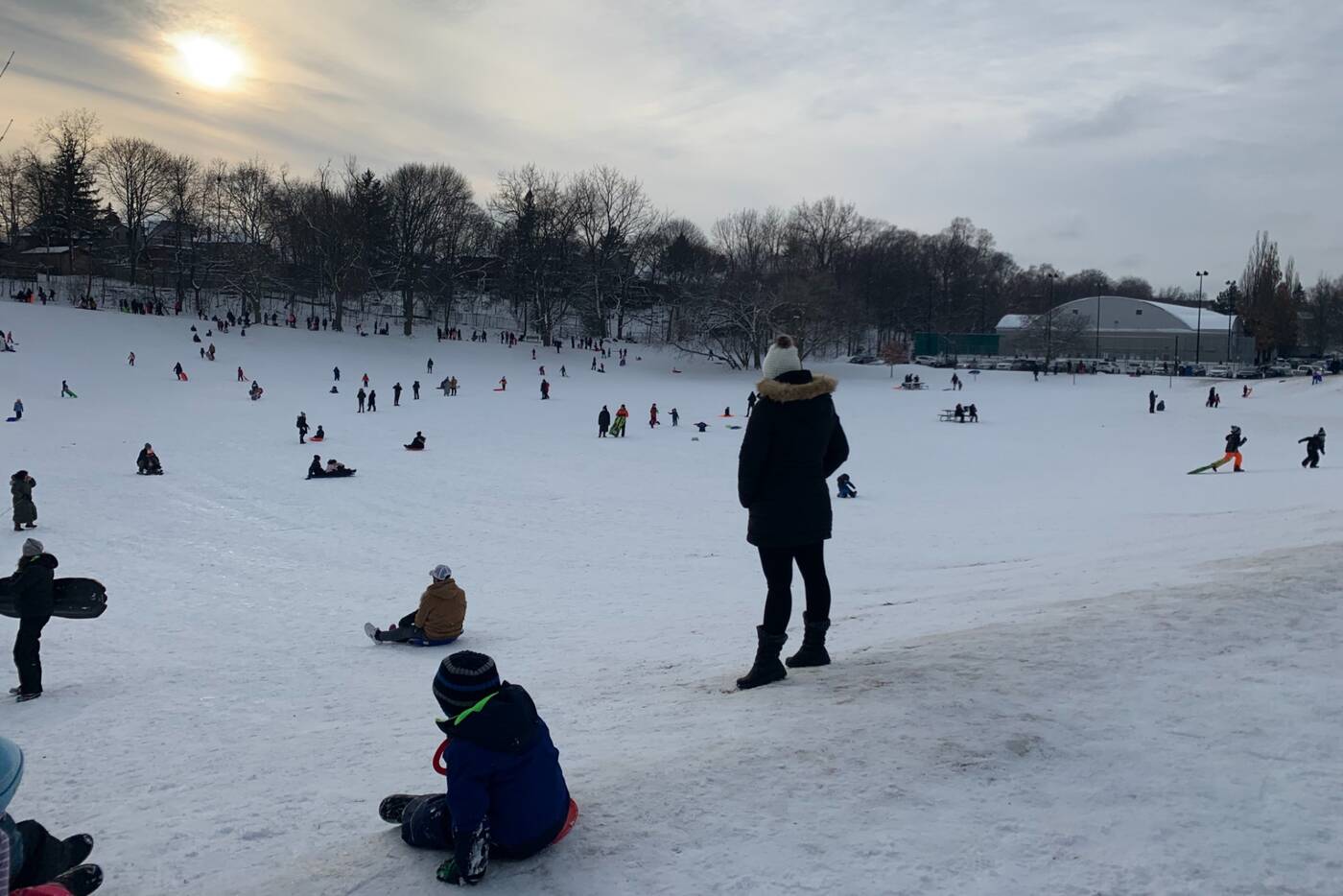 The steep hills at Cedarvale Park make it a popular spot for sledding.

The busy park dissolves into a dense wetland as the pathway continues south, with cattails high and dense and a large variety of plant life. 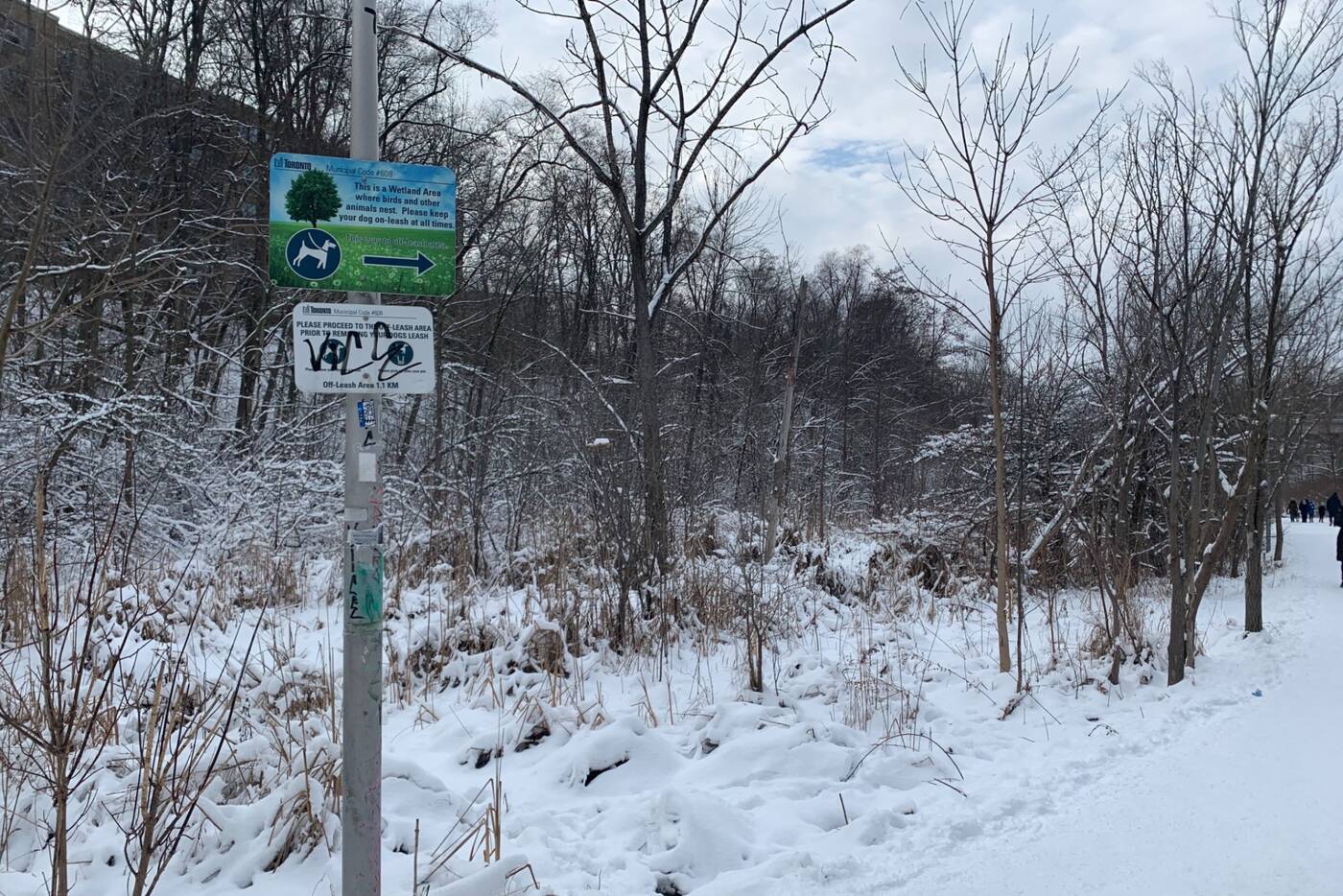 Make sure to keep your dog on a leash while walking through the wetland area.

The rest of the vegetation is a young regrowth forest as the area was largely cleared during the construction of the underground subway in the 1970s. 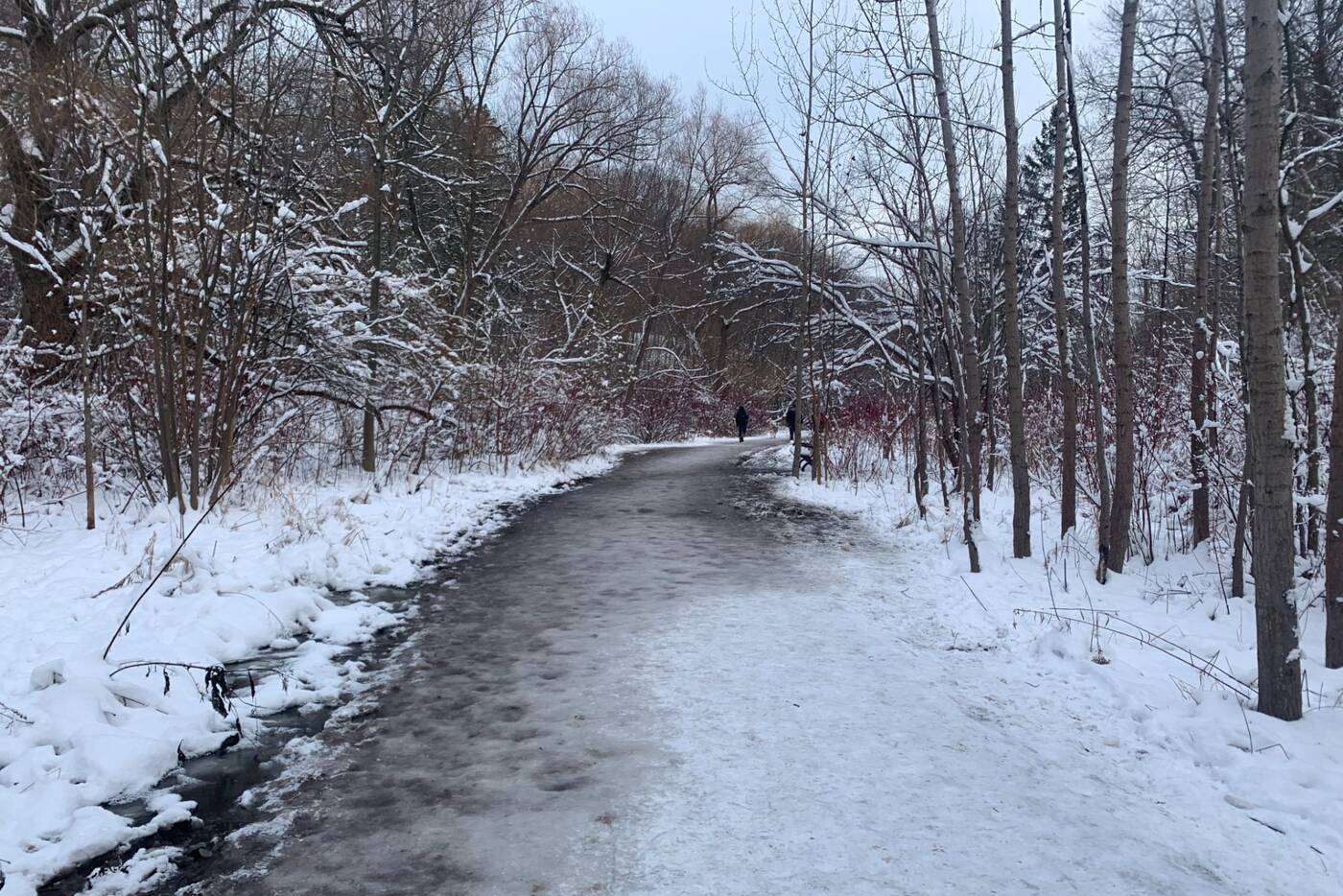 The path is well-frequented even in winter, with foot traffic packing the snow down despite the lack of plowing.

The trail also passes under a concrete and iron walkway at Glen Cedar Road, which was constructed in 1912 and restored in 1989 after being rescued from demolition.

While the original structure was intended for vehicle traffic, this is now strictly a footbridge and provides a nice view overlooking the ravine. 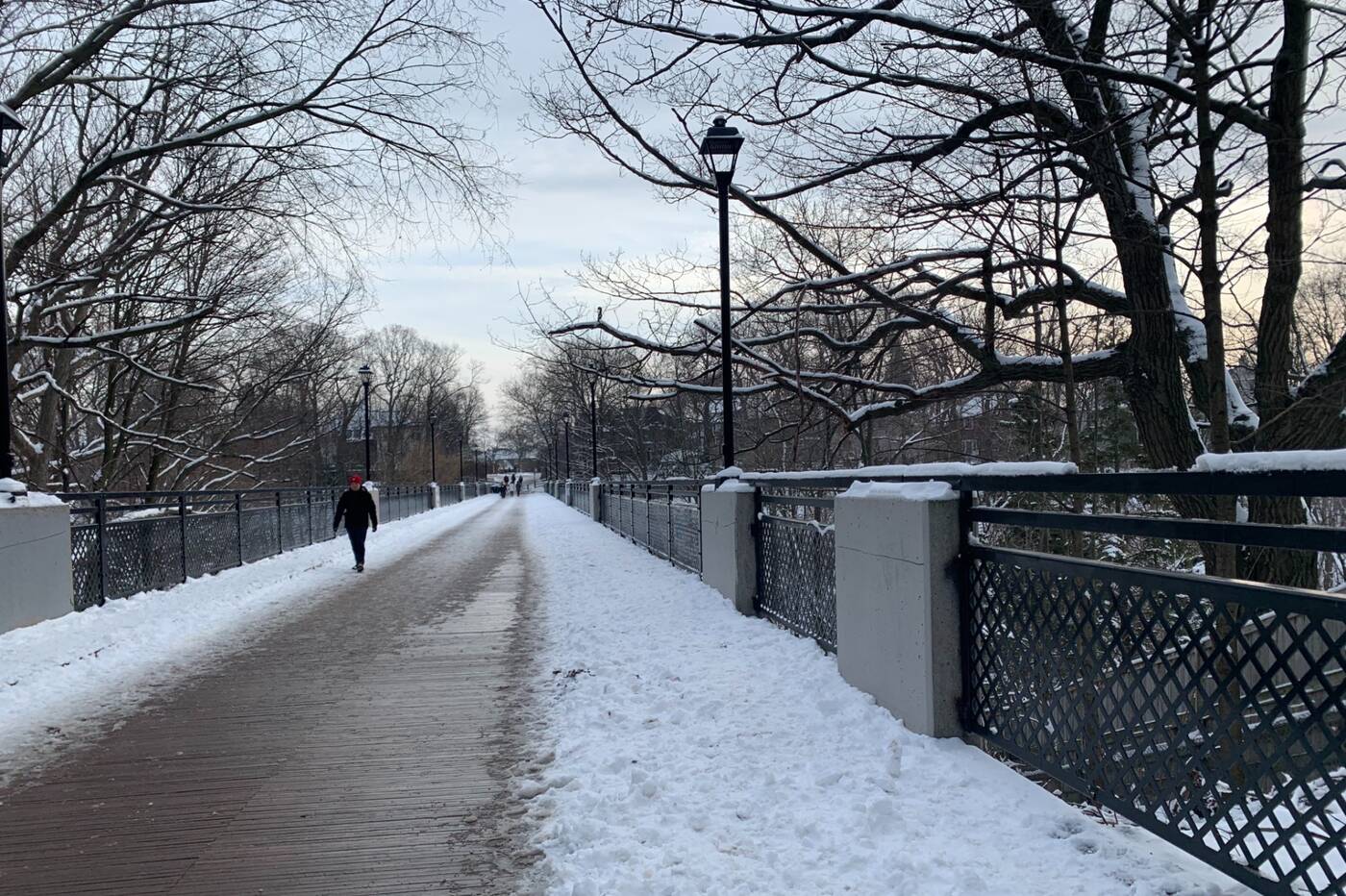 The Glen Cedar bridge that spans the ravine portion of the park was restored in 1989 after almost being destroyed by the Spadina Expressway.

A tall staircase spans from the valley floor up to the bridge for those who'd like to journey up or access the ravine from here. 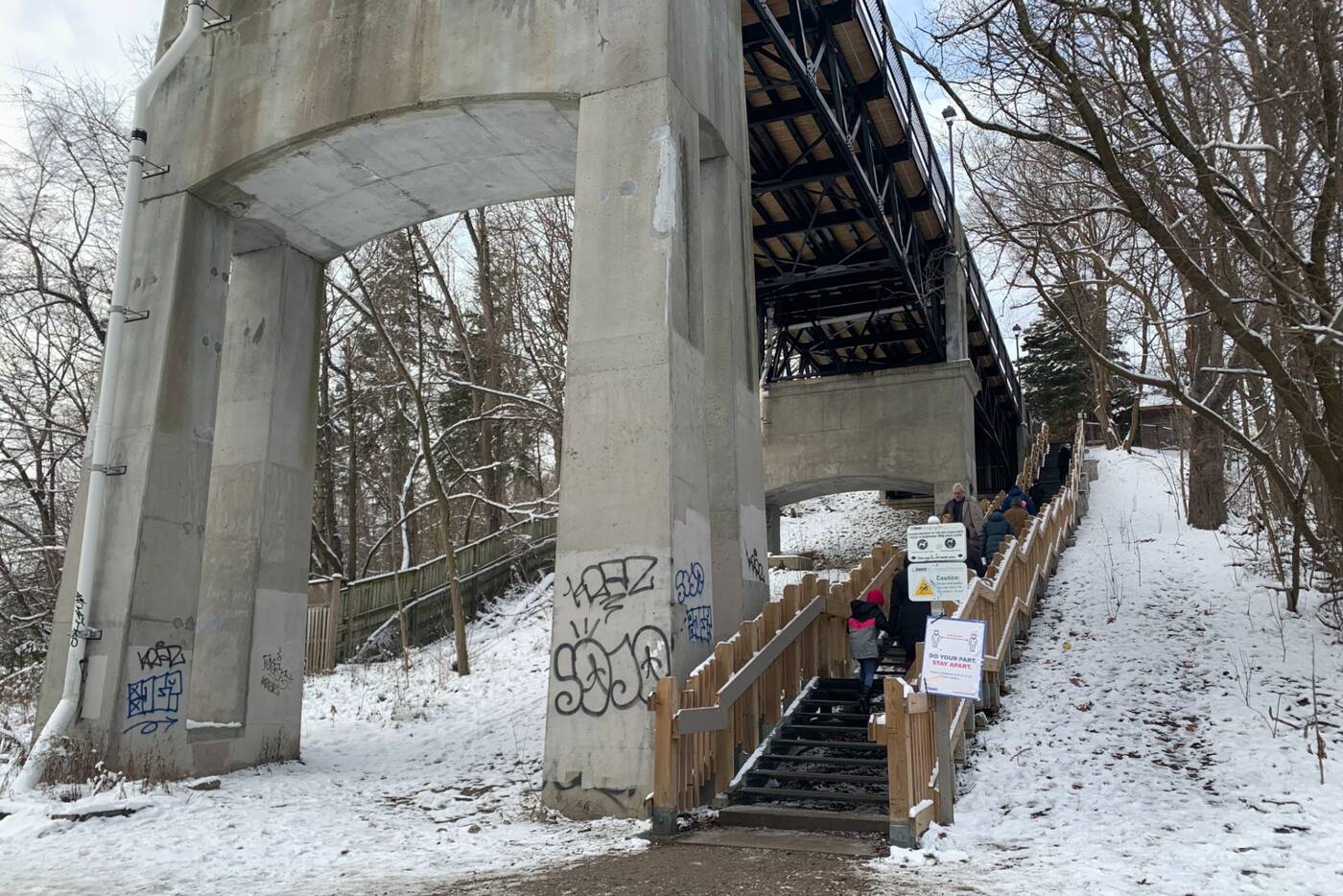 The set of stairs which provides access to the trails in the ravine descends at the north end of the bridge.

The ravine is home to Castle Frank Brook, a buried creek and tributary of the Don River. 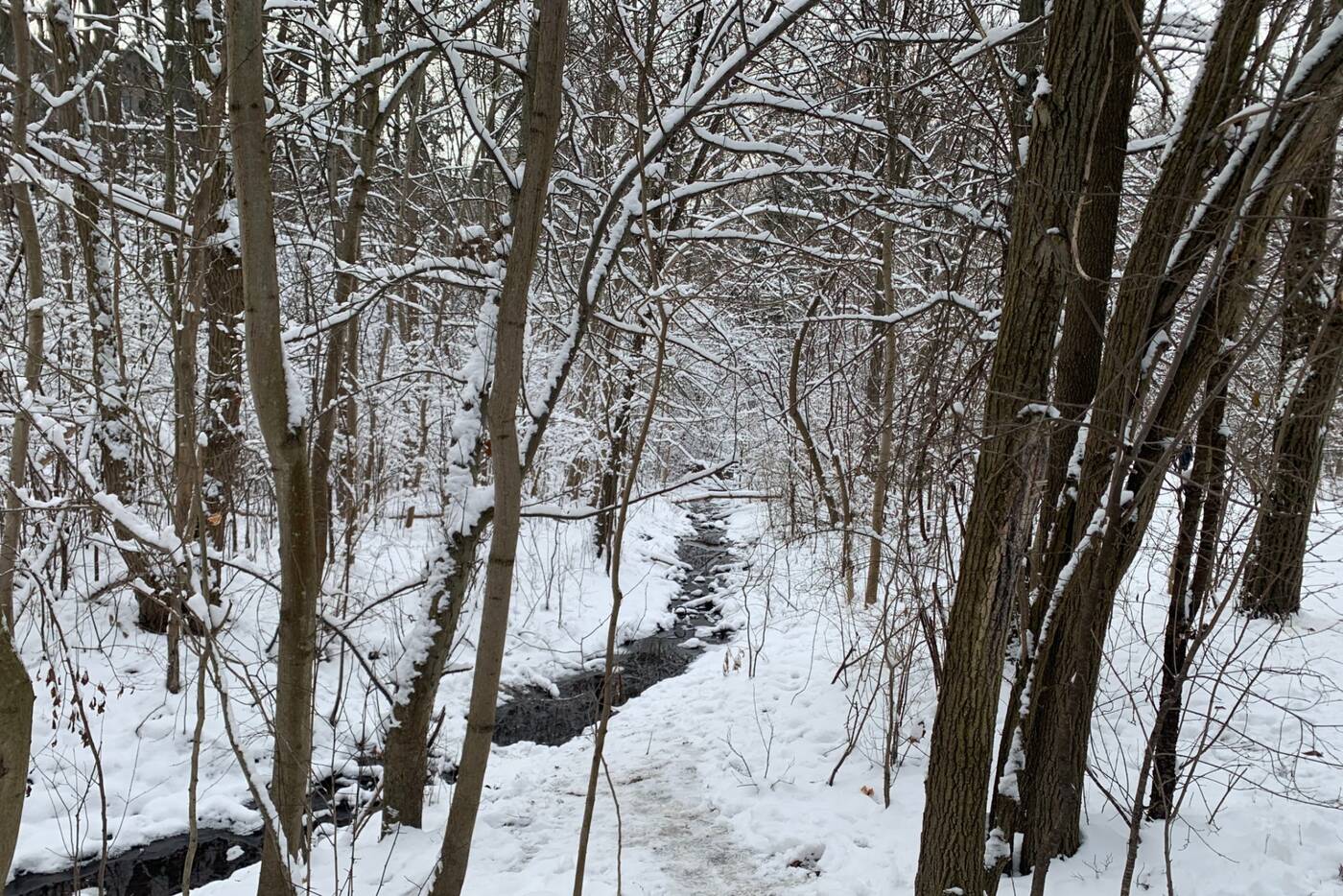 The now mostly-buried creek originated near the intersection of Lawrence Avenue and Dufferin Street and flowed south-ward toward the Don River.

Although residential development has erased nearly all traces of its original course through the city, the stream valley is more evident in its lower reaches including Cedarvale Ravine. 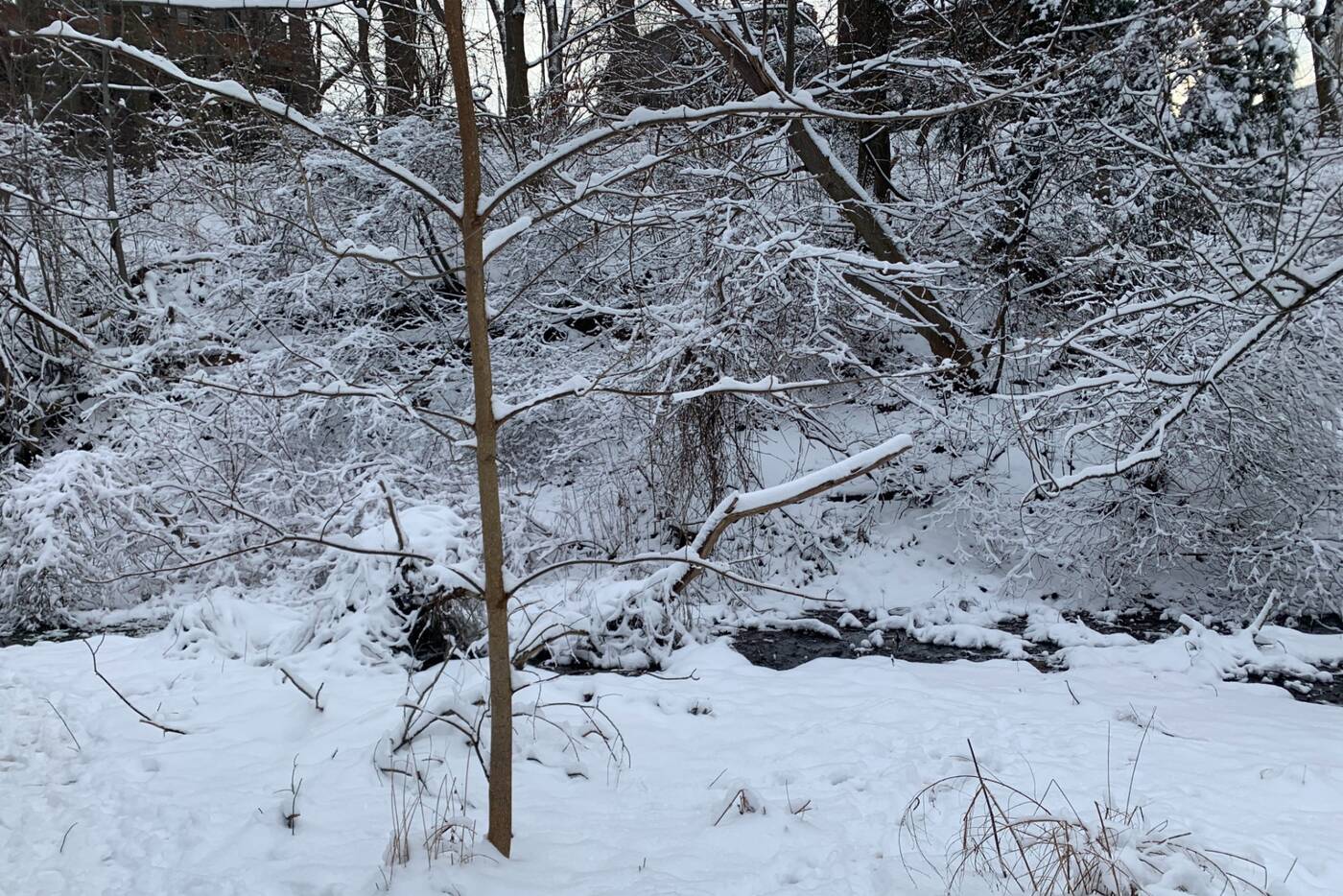 Ernest Hemingway often frequented this path, which was then used as a cattle path, during his time in Toronto.

Water still runs in short segments here, although this is only a collection of surface runoff and ravine slope seepage. The channels are all artificially created and run into a storm sewer that carries the remnants of the brook. 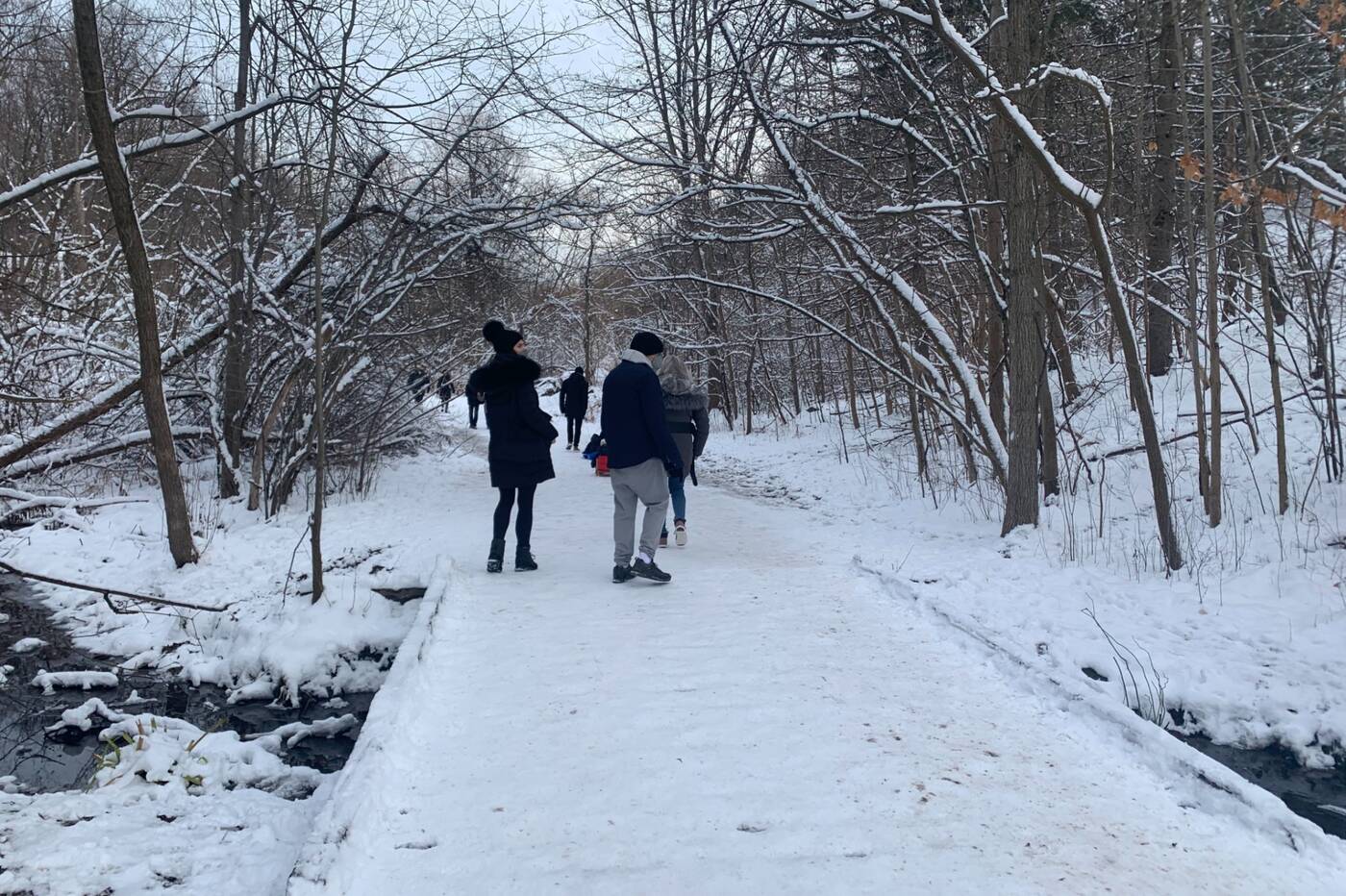 Multiple wooden planks lead over the waterway throughout the ravine.

A walk through the ravine won't take long. But you can always extend your hike by exploring the Beltline Trail to the north or the Nordheimer Ravine to the south as these join together to form a large trail system through the area. 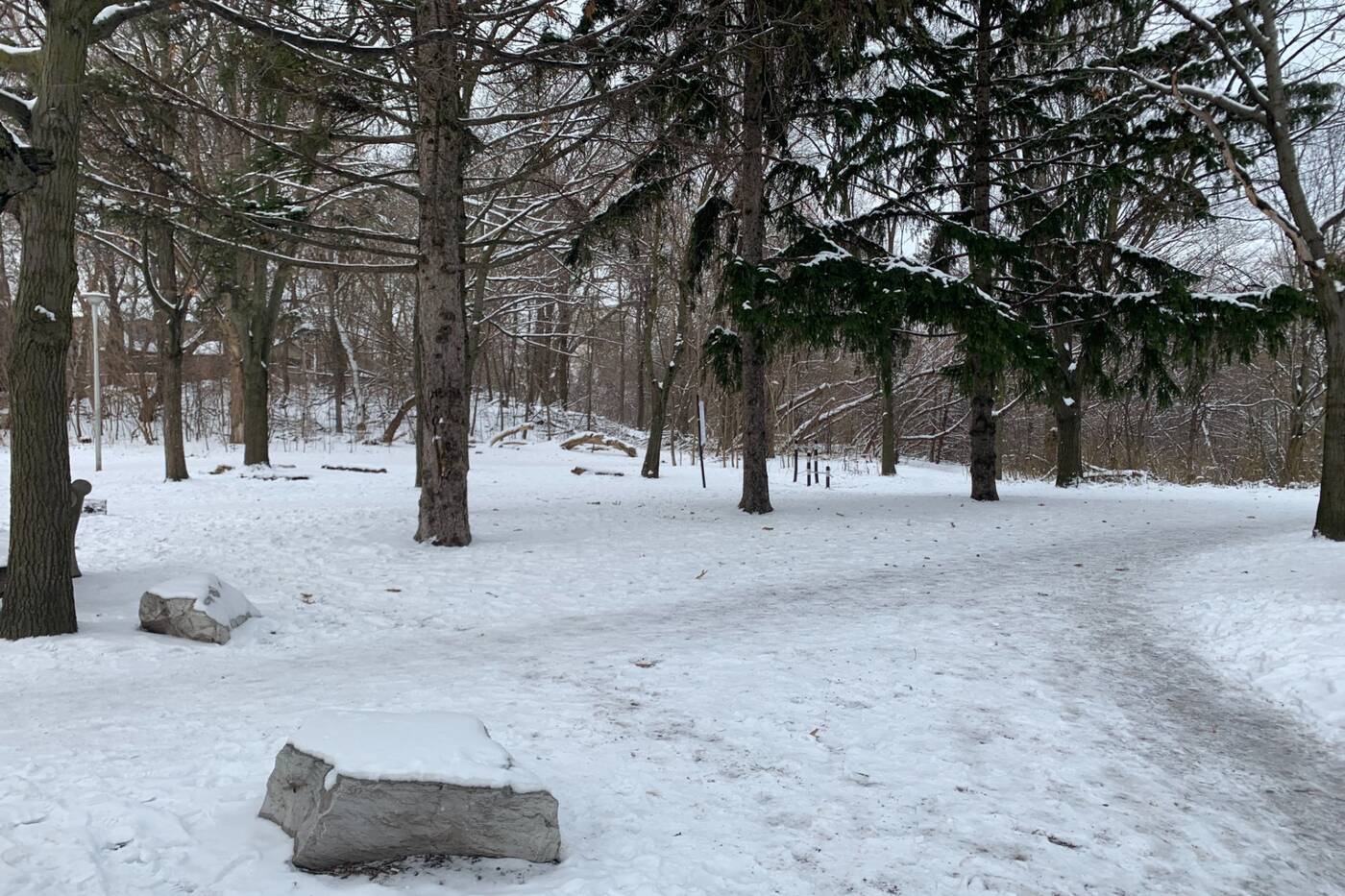