Over 50 international and domestic flights in Canada have had confirmed cases of COVID-19 between Sept. 15 and Sept. 25.

According to the Government of Canada website, people may have been exposed to the virus if they were travelling on the referenced flights and within the affected rows.

The website also notes that the information is not exhaustive and is based on reports from international, provincial and territorial health authorities, as well as public websites.

The flights and locations are updated once a day, and information older than 14 days is removed as that is the quarantine period for people who may have been exposed. 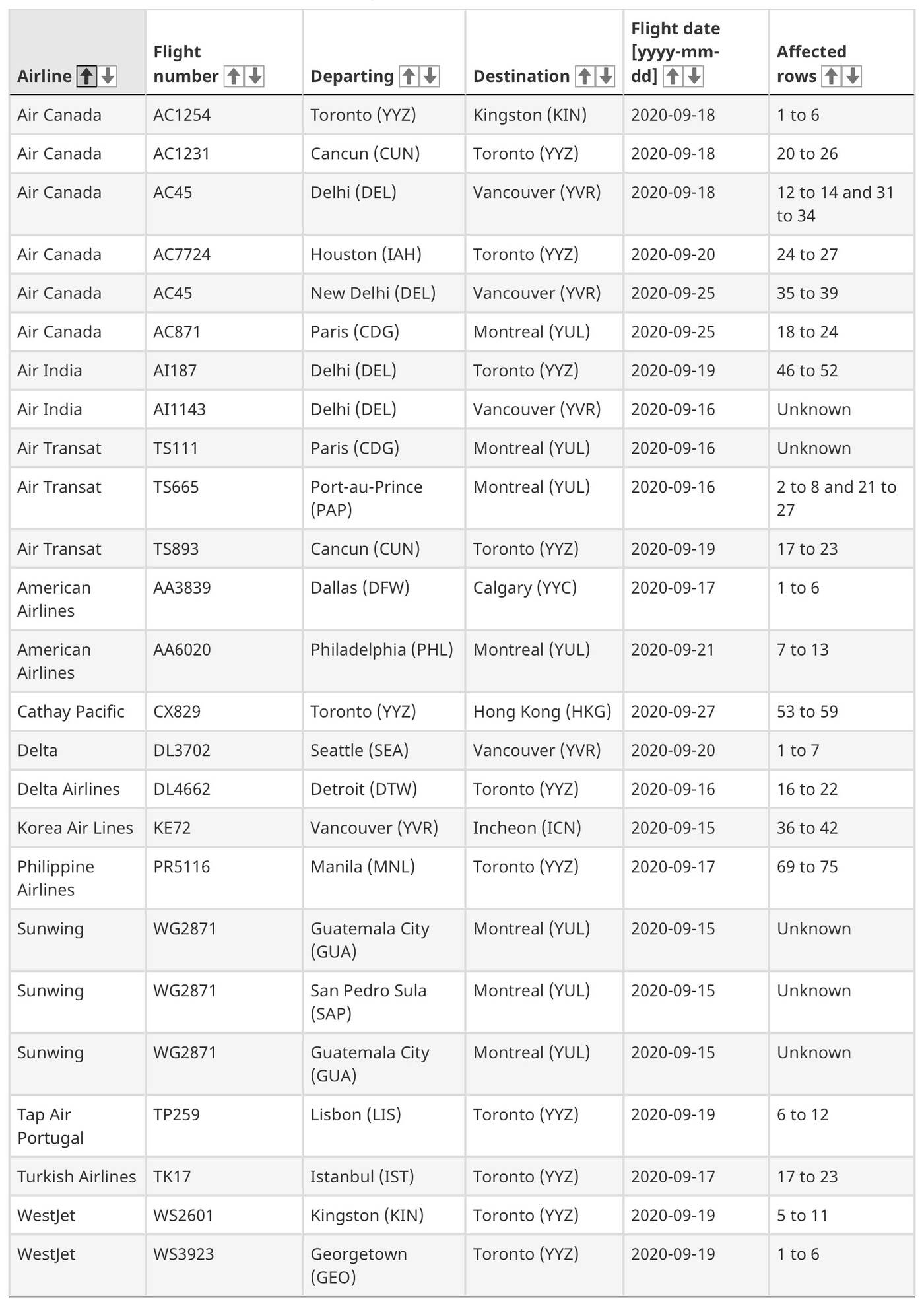 As of Sept. 30, Canada has recorded 156,961 COVID-19 cases and 9,291 deaths. A travel advisory is still in effect advising citizens and permanent residents to avoid non-essential travel.

During the throne speech on Sept. 23, Prime Minister Justin Trudeau said that Canada has officially entered the second wave of the pandemic. He said a surge in cases is to be expected if public health guidelines are not adhered to. 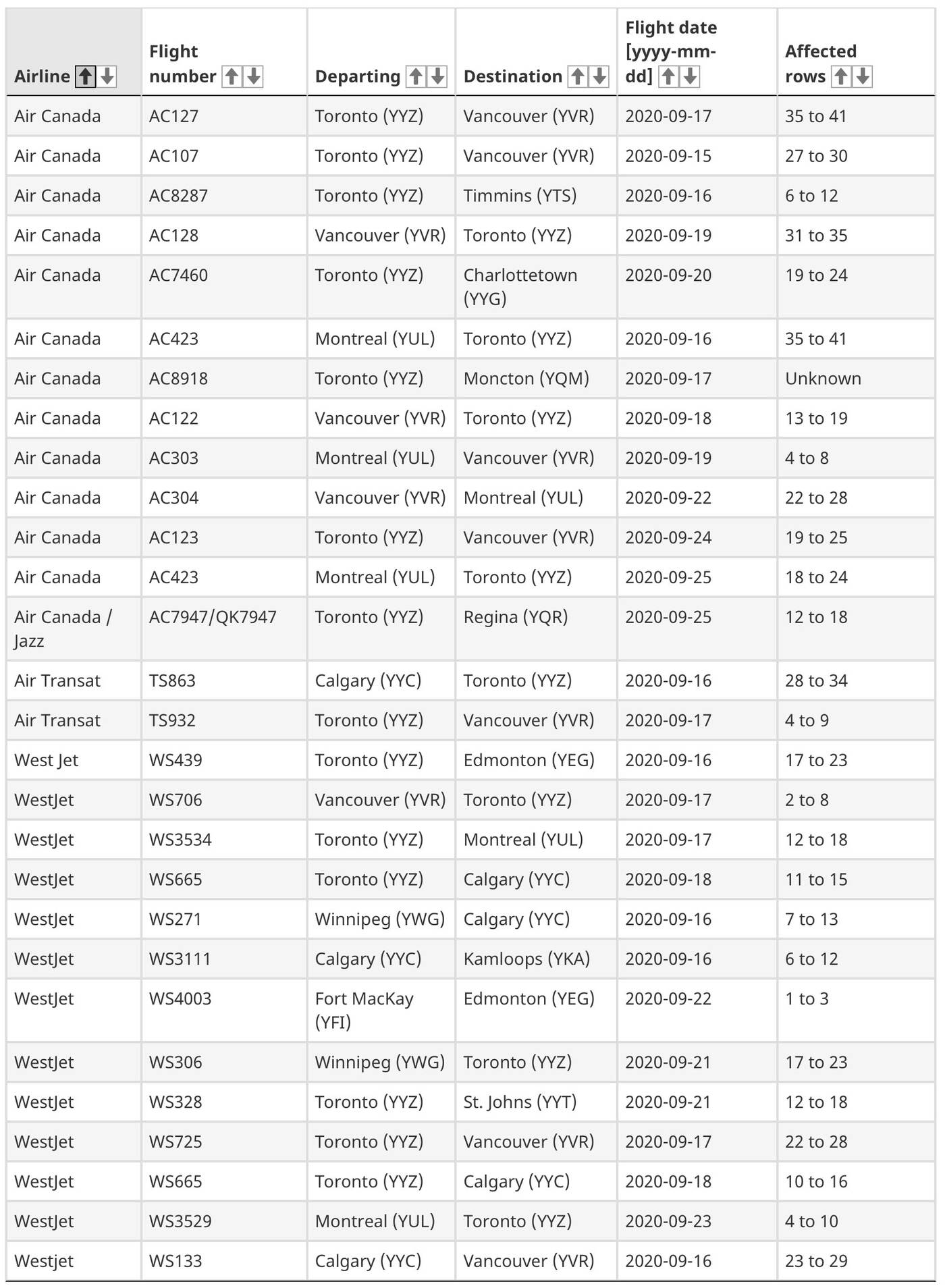 In July, the Canadian Press reported that Canadian airlines have been ignoring COVID-19 precautions such as social distancing. They have also refused refunds to customers who cancelled their flights.

Two months earlier, Air Canada had introduced a new end-to-end health and safety program called CleanCare+ which ensured preventive measures were in place during check-in, boarding, onboard and in lounges.