Today in unthinkable acts of animal cruelty, someone appears to have zipped a small dog into a suitcase and abandoned it along a quiet recreational trail in the dead of winter.

A pair of joggers stumbled upon the suitcase at Toronto's Lambton Park near the Humber River on Saturday morning, according to a post by the GTA-based Black Dog Rescue organization.

"When they got close the suitcase moved. They could hear a dog inside," wrote the charity in a widely-shared Facebook post on Sunday evening.

"They could tell the suitcase was thrown down the hill above where they found it." 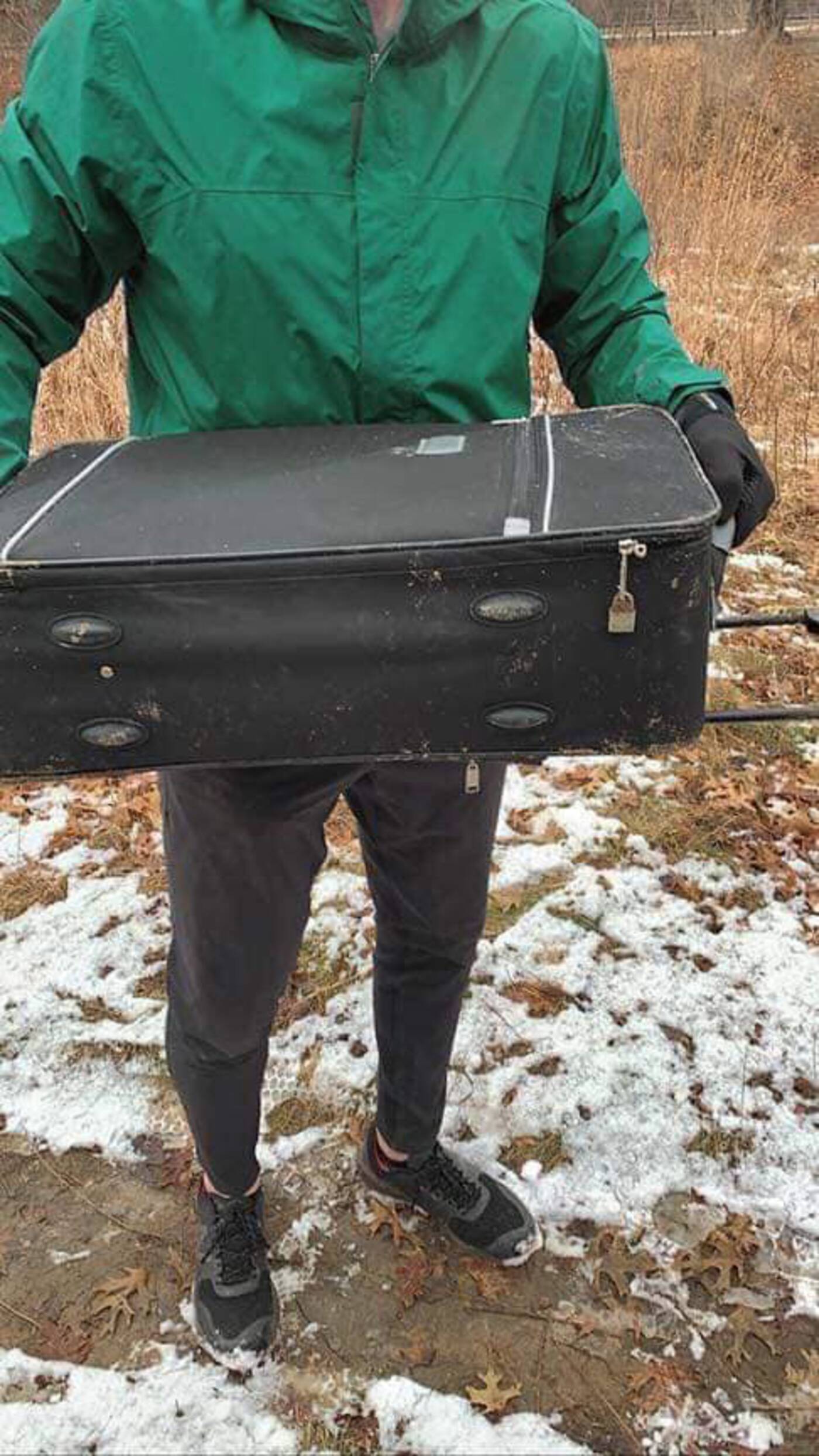 Some animal lovers found this suitcase with a live dog inside on a seldom-used trail near the Humber River in Etobicoke while out for a jog on Saturday morning. Image via Black Dog Rescue.

Thanks to a recent spate of warmer-than-usual temperatures in Southern Ontario, the dog — a Jack Russel Terrier who is believed to have given birth recently — did not freeze to death.

In an effort to find out where she may have come from, the joggers climbed up the hill and followed the suitcase's drag marks approximately 200 metres to the back of Lambton Arena's parking lot.

"The person who did this may have come from the nearby apartment complexes or drove to the arena's parking lot get rid of her," wrote Black Dog Rescue. "The area where they were jogging is not well used at this time of year." 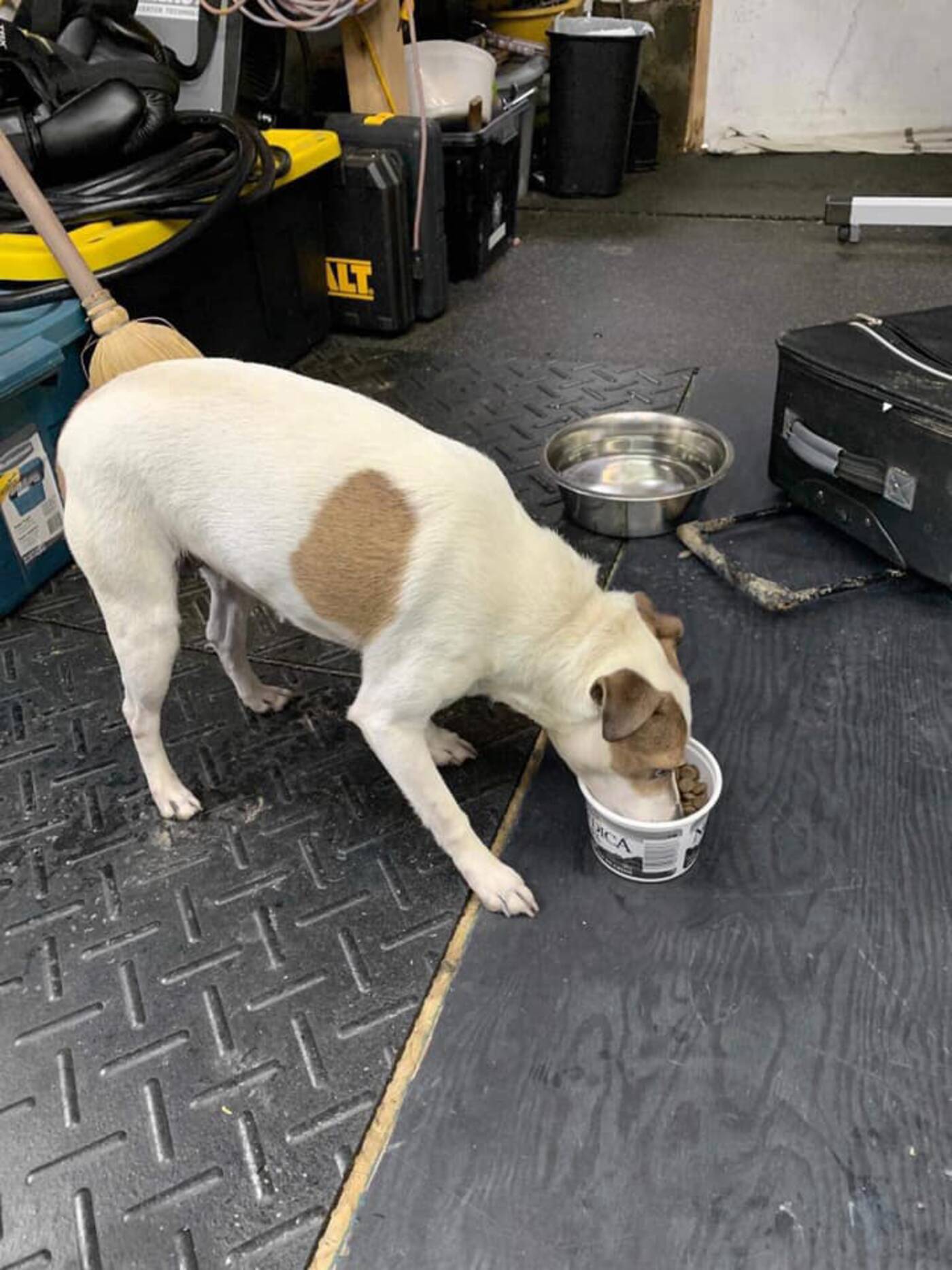 Based on her physical condition, the female dog is believed to have recently given birth to puppies. Image via Black Dog Rescue.

While the dog is now safe with Toronto Animal Services, members of the Black Dog Rescue community are looking to find out who is responsible for her pain and suffering.

"The police were notified but unless they find something on nearby cameras there isn't much they can do," reads the group's original post. "So we need to identify her owners so the police can talk to them. Whoever did this to her needs to be brought to justice. She deserves no less."

More than 14,000 people have shared the post in less than 24 hours. Thousands more have commented to express their disdain and disbelief. 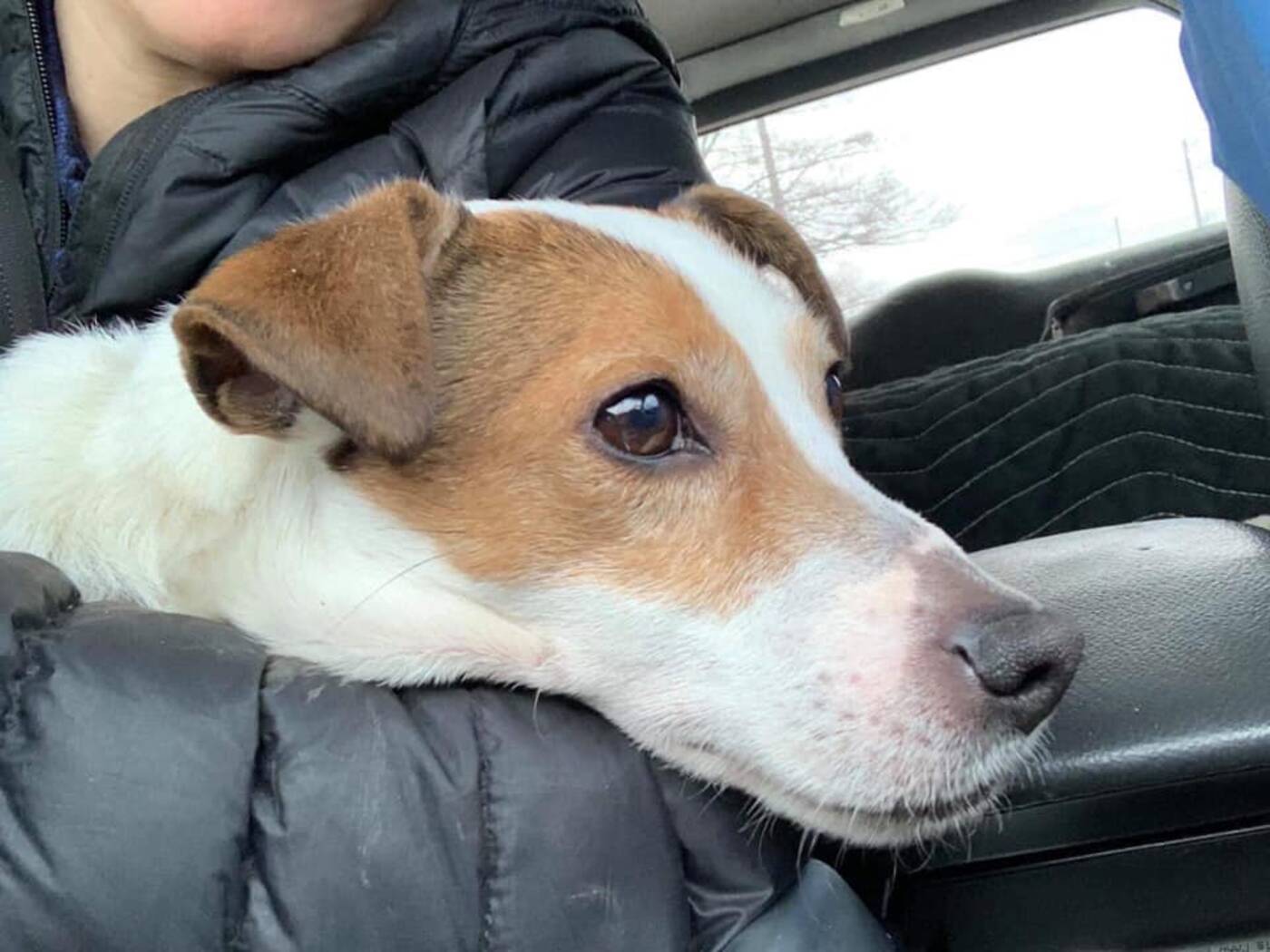 "Typing through tears, I am so happy that this innocent, beautiful animal was found and will now get the loving home she so richly deserves," wrote one person.

"Nothing makes my blood boil more than sickening and reprehensible acts against animals. I wish nothing but the worst for the monster(s) responsible."

"This is what happens when you buy from 'backyard breeders'," wrote another. "Poor little lamb! Glad she was found and is now safe."

Many are speculating that the dog was used for breeding purposes and then discarded. In that vein, they're scouring the web for listings of Jack Russell Terrier puppies in the Toronto area.

Anyone with information is asked to contact Black Dog Rescue or Toronto Police directly, so that whoever left the dog for dead can be prosecuted under Ontario's new Provincial Animal Welfare Services (PAWS) Act — which brings the strongest penalties in Canada down upon animal abusers.