10 new attractions to visit in Toronto during the holidays

Attractions to visit during the holidays in Toronto are aplenty this year. Boozy Christmas pop-ups and festive mini markets are taking over the city, but even the Toronto Zoo, Wonderland, and the city’s biggest transit hub are lighting up this snowy season with exciting attractions for the first year ever.

Here are 10 new attractions to visit in Toronto during the holidays.

Fall in love with the Grinch and all of Dr. Seuss’ weird and magical creatures all over again with the world premiere of this multi-room exhibit at Square One. Cuddle with Bofa on the sofa or get lost in a room full of Sneetches before it closes on January 5.

Toronto’s amusement park transforms into an enchanted winter extravaganza for the inaugural year of Winterfest, which runs until December 31. Expect millions of twinkle lights, skating on the park’s fountain pond, and a 70-foot-tall tree decked out with more than 40,000 ornaments. 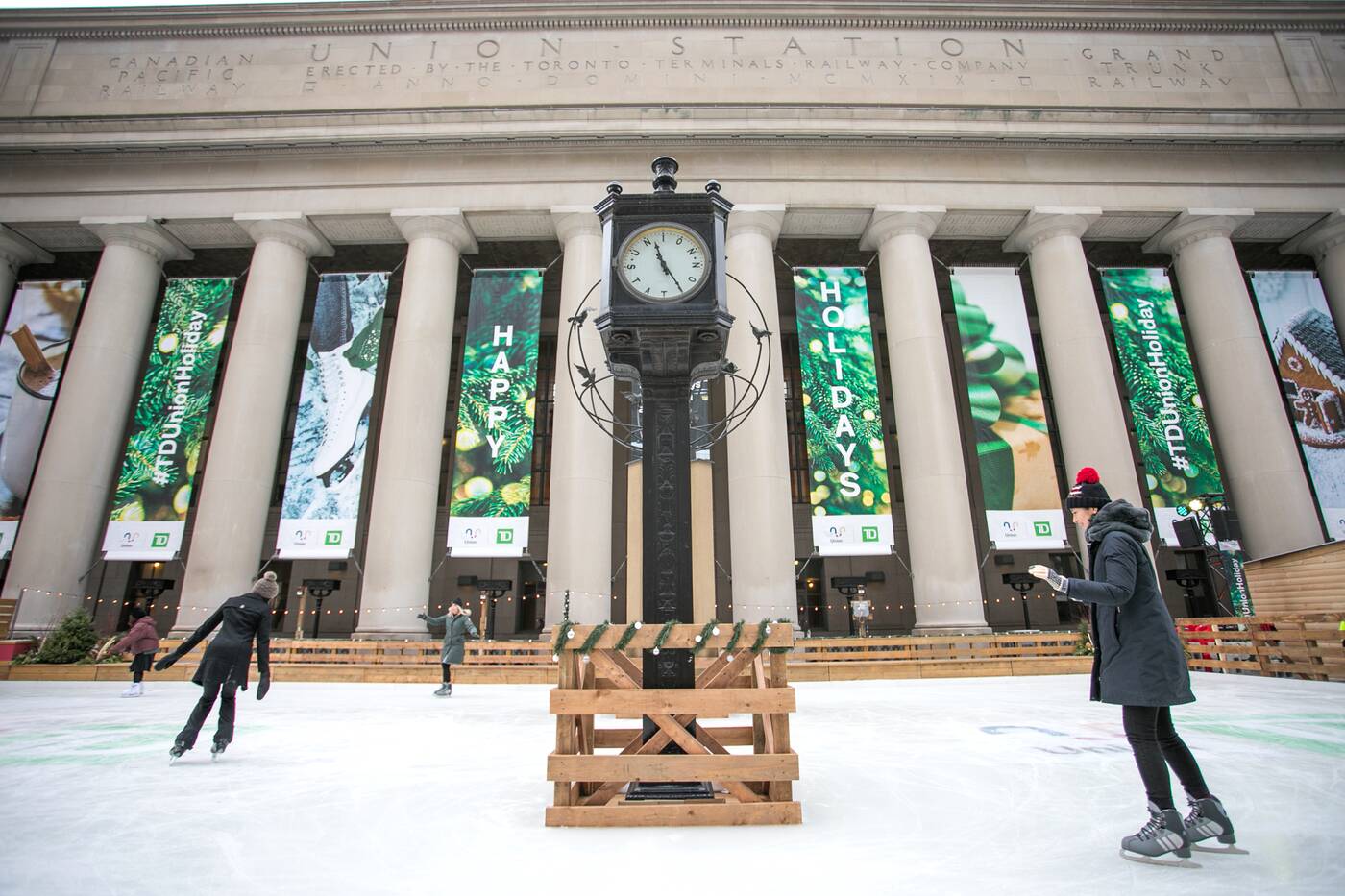 Hop off the GO and right into your skates: Union Station now has a massive (and free) outdoor rink located right on Front Street. Free skate rentals and classes means no excuse not to glide — or dance — on the ice, especially with live DJ nights every Friday and Saturday.

Workshops, wine tastings, and activations have taken over Toronto’s newest shipping container market on Bathurst and will run until December 22. It should be noted they’ve also got some sweet fire pits, which are perfect for cozying up next to after some shopping.

What’s better than a white Christmas? The kind that substitutes snow with palm trees and beaches. This tiki-themed pop up bar celebrates all things Kris Kringle but with a vacay twist. Head to Project Gigglewater until December 31 for the tropical sister of the Miracle pop up on Ossington. 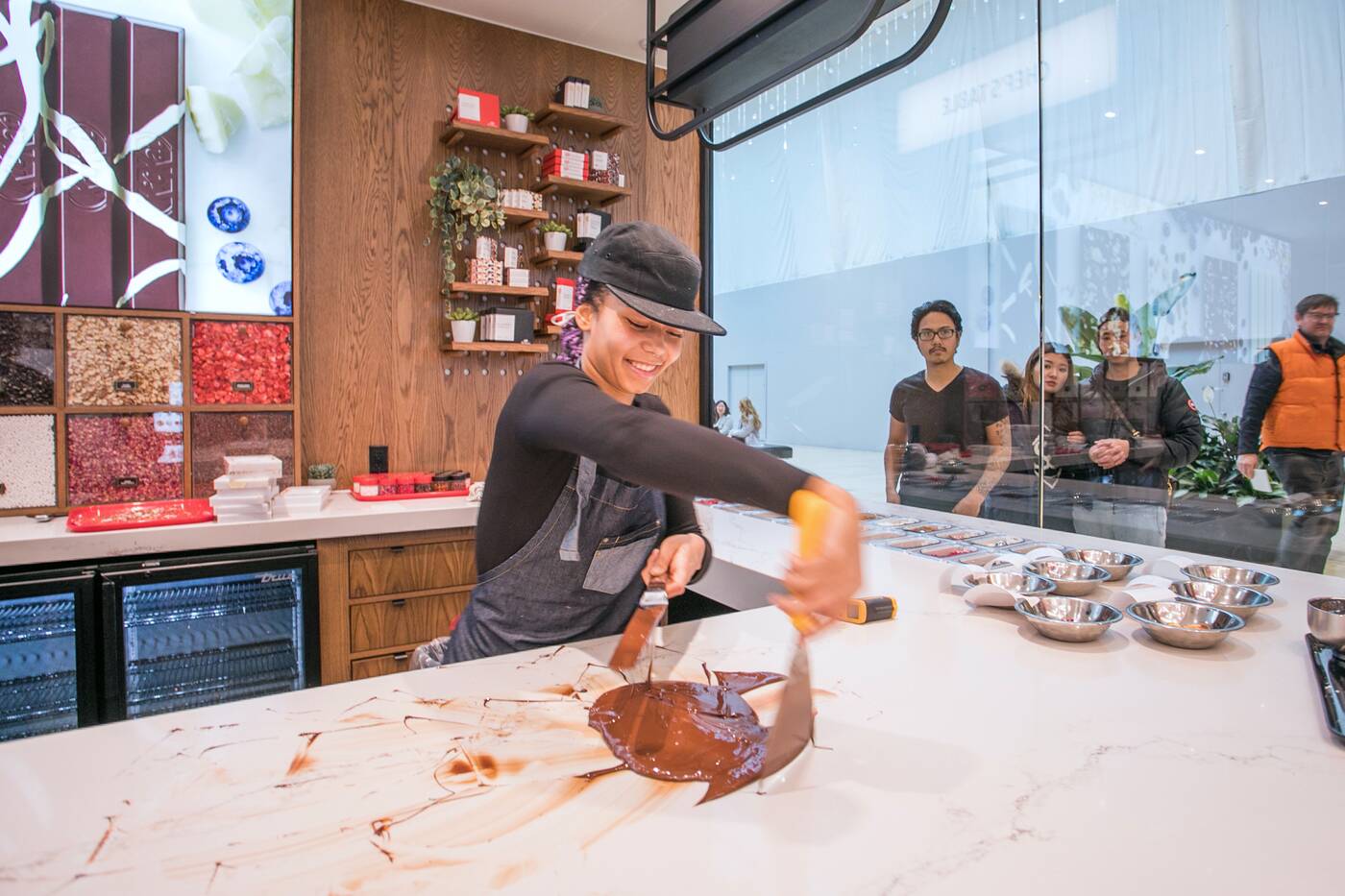 The Kit Kat pop up-turned-permanent store is where to get custom chocolate. Photo by Fareen Karim.

Bringing some much-needed life to the Toronto Zoo at winter is this night walk series, which will light up the pathways of the zoo with an incredible immersive experience. It opens on December 13, and if it’s like any of the other versions around the world, will be pretty darn cool.

The Toronto Congress Centre is now a sprawling playground full of sculptures, holiday gift vendors, food trucks, and breweries. You have until January 4 to marvel at this magical space lit up with more than 50,000 lights. 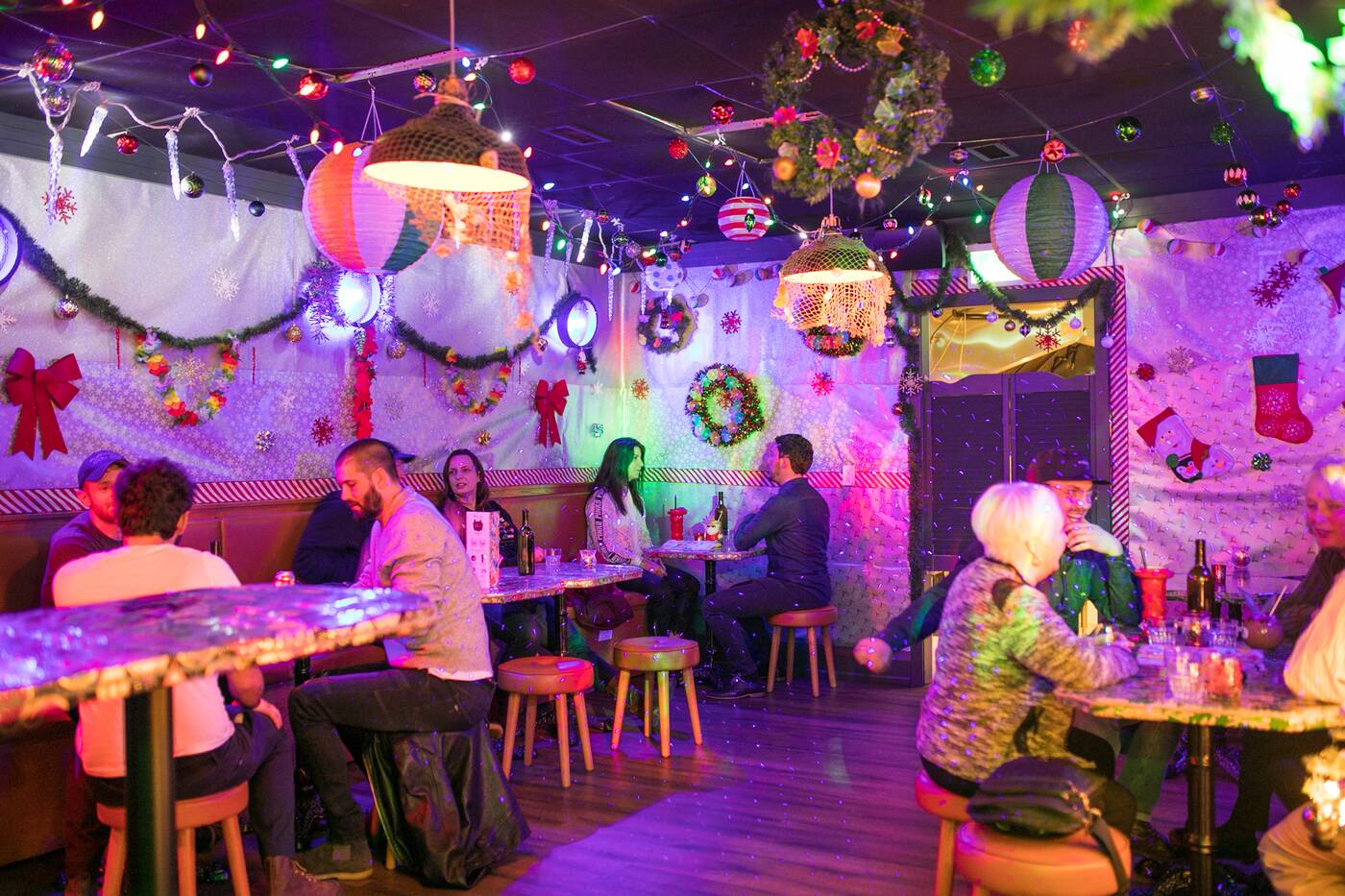 Get drunk off cocktails served in Santa mugs at Sippin' Santa. Photo by Fareen Karim.

After 13 years, the doors of this beautiful Art Deco theatre open to the public on December 5, marking the return of this historic venue to the fold. Catch Scorcese’s The Irishman on December 6—and if you can’t make it, no worries: the theatre isn’t going anywhere.

Almonds, pretzels, cranberries, oh my! The Kit Kat pop-up has become a permanent location at Yorkdale, meaning you can make custom chocolate bars just the way you like them, forever and ever.

The Thirsty Elf at the Fairmont Hotel

The city’s teeny, tiniest bar is now a holiday pop-up covered in kitschy decor. Head to what used to be York Station, located on the MM level of Fairmont Hotel, for festive cocktails from mixologist Rus Yessenov. Make sure to wear your ugliest sweater.