After weeks of darkness, the country's oldest weather beacon is lighting up the sky once more.

The 68-year-old tower, sometimes referred to as "The Thing" jutting out of Canada Life's historic building at 33o University Avenue, is now a brand new beast thanks to some much-needed upgrades. 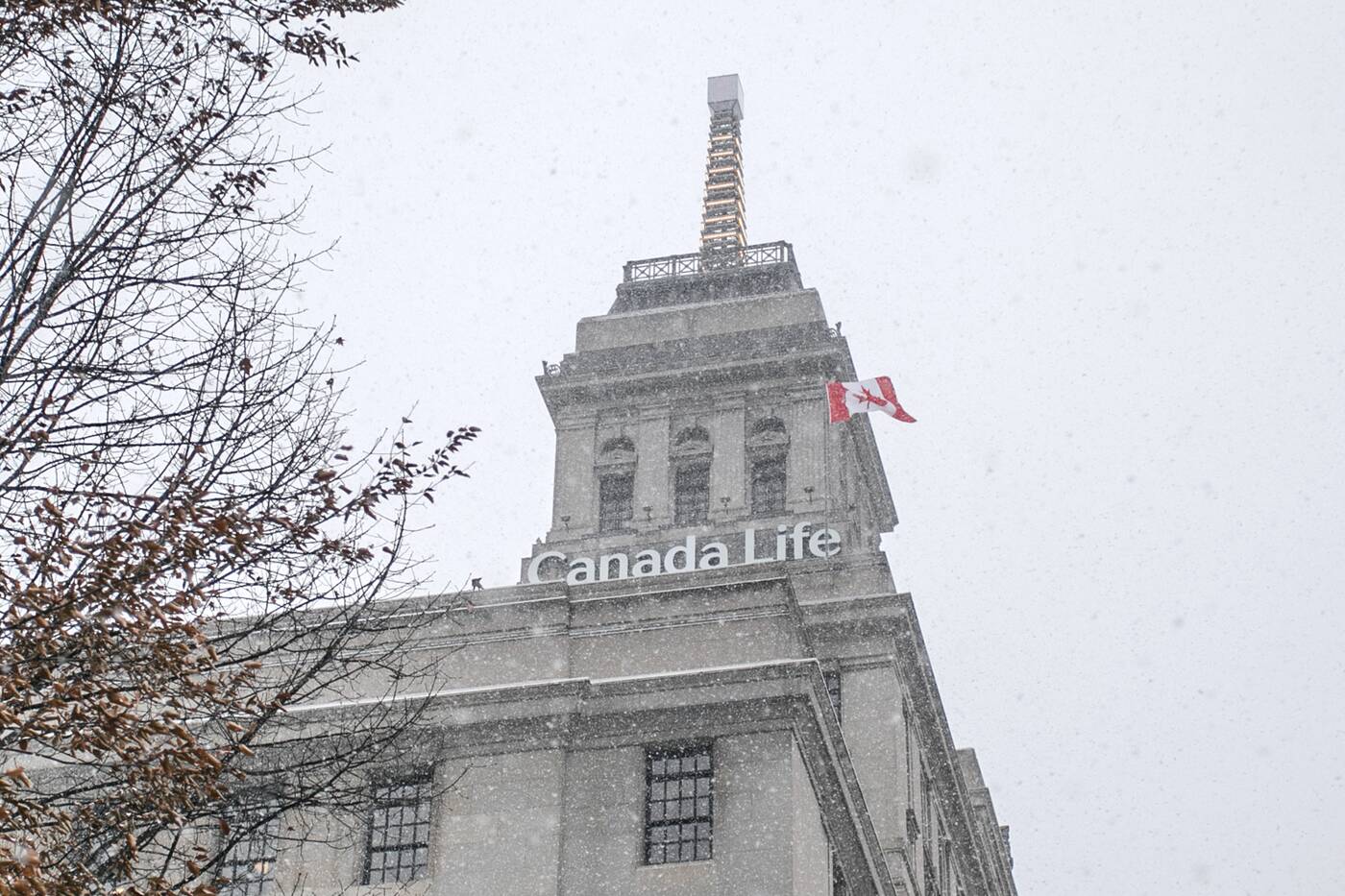 The weather beacon was added atop the Canada Life building in 1951.

While there's a chance you've never noticed the blinking lights of this 12.5-metre-tall structure, the Canada Life beacon has been keeping Torontonians abreast of weather conditions since 1951.

It hadn't been upgraded since 1953, meaning the thing itself has suffered through decades of ruthless snowstorms, and still been expected to perform its job, which is more than some of us can say when it hits sub-zero temps outside. 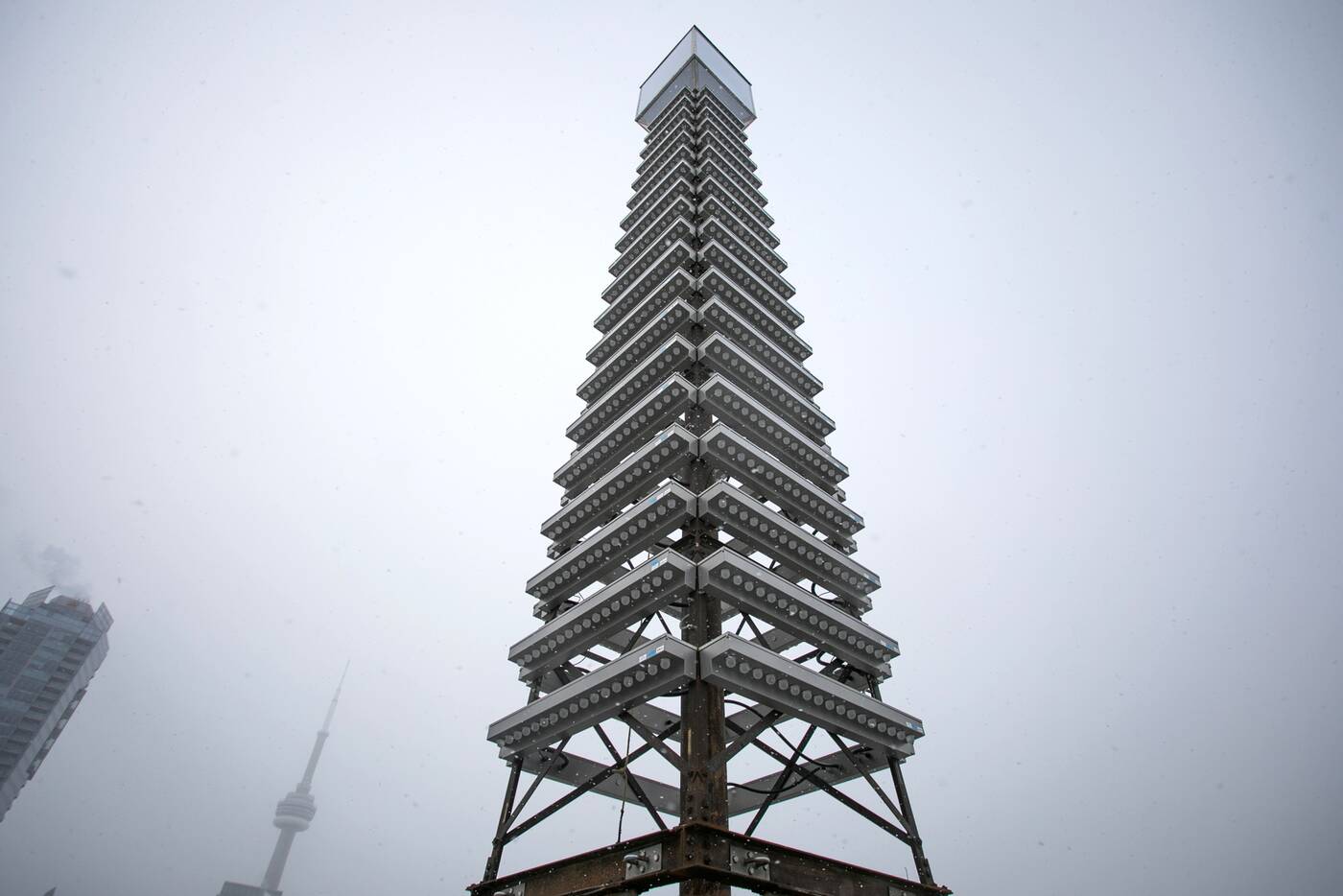 The tower has been revamped with new lighting and wiring.

This year has seen a revival of some sort for the beacon, which just received new LED lighting and wiring and is now open for daily tours, though only for tenants of the building.

For the general citizenry, there's no way to appreciate the weather beacon other than by looking up at it from street level. 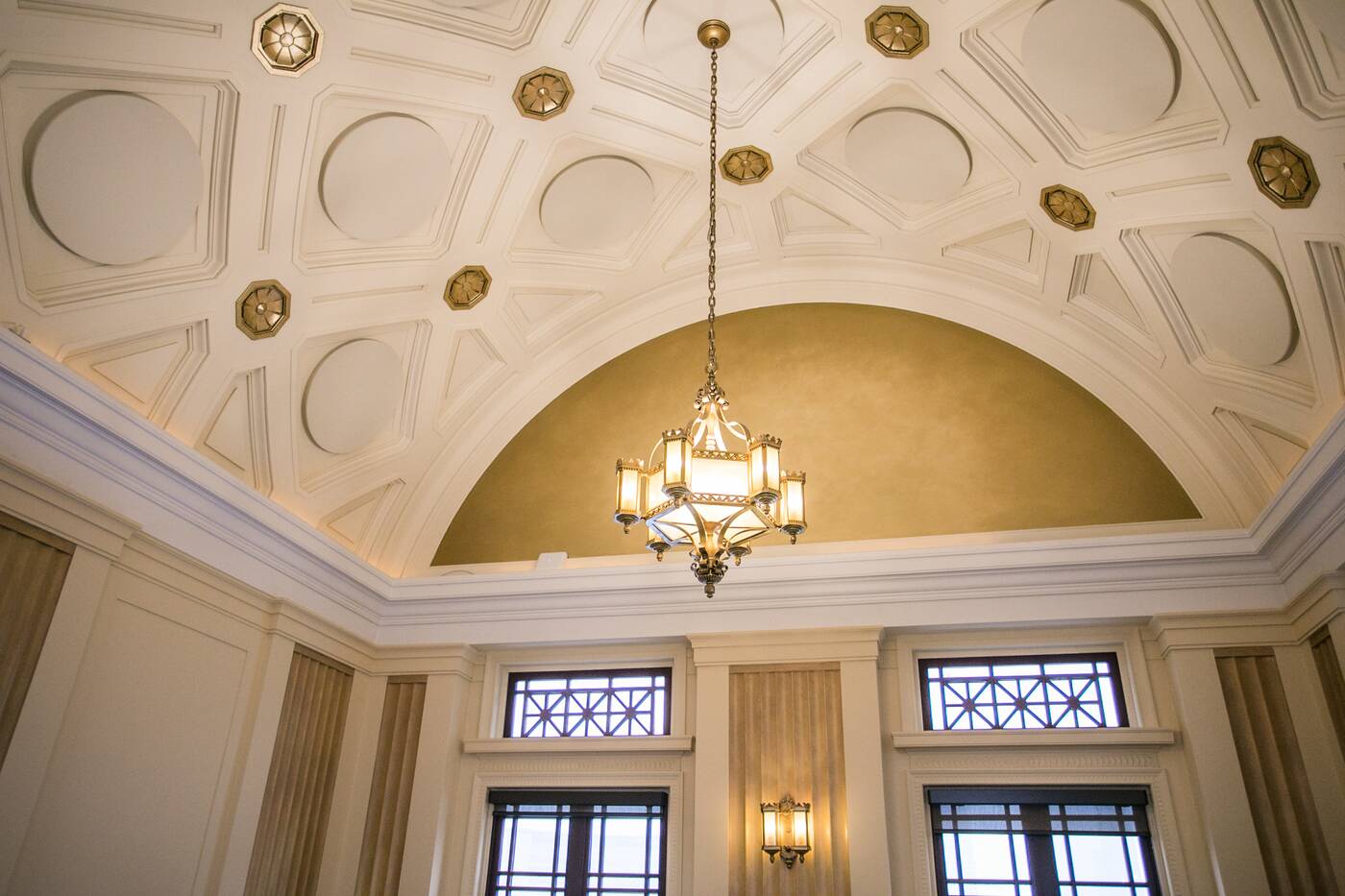 The Tower Room dates back to 1931 and features a vaulted ceiling and lighting structures from 1931.

The 88-year-old Canada Life building—which is home to the country's very first life insurance company as well as some provincial courts and legal tenants—is actually closed to the public.

It's a shame, especially because the building has a number of pretty cool features, including an apiary on the 12th floor which produces about 20 kg of honey a year, and the beautiful Tower Room on the 17th floor, with all its Beaux Arts lighting intact. 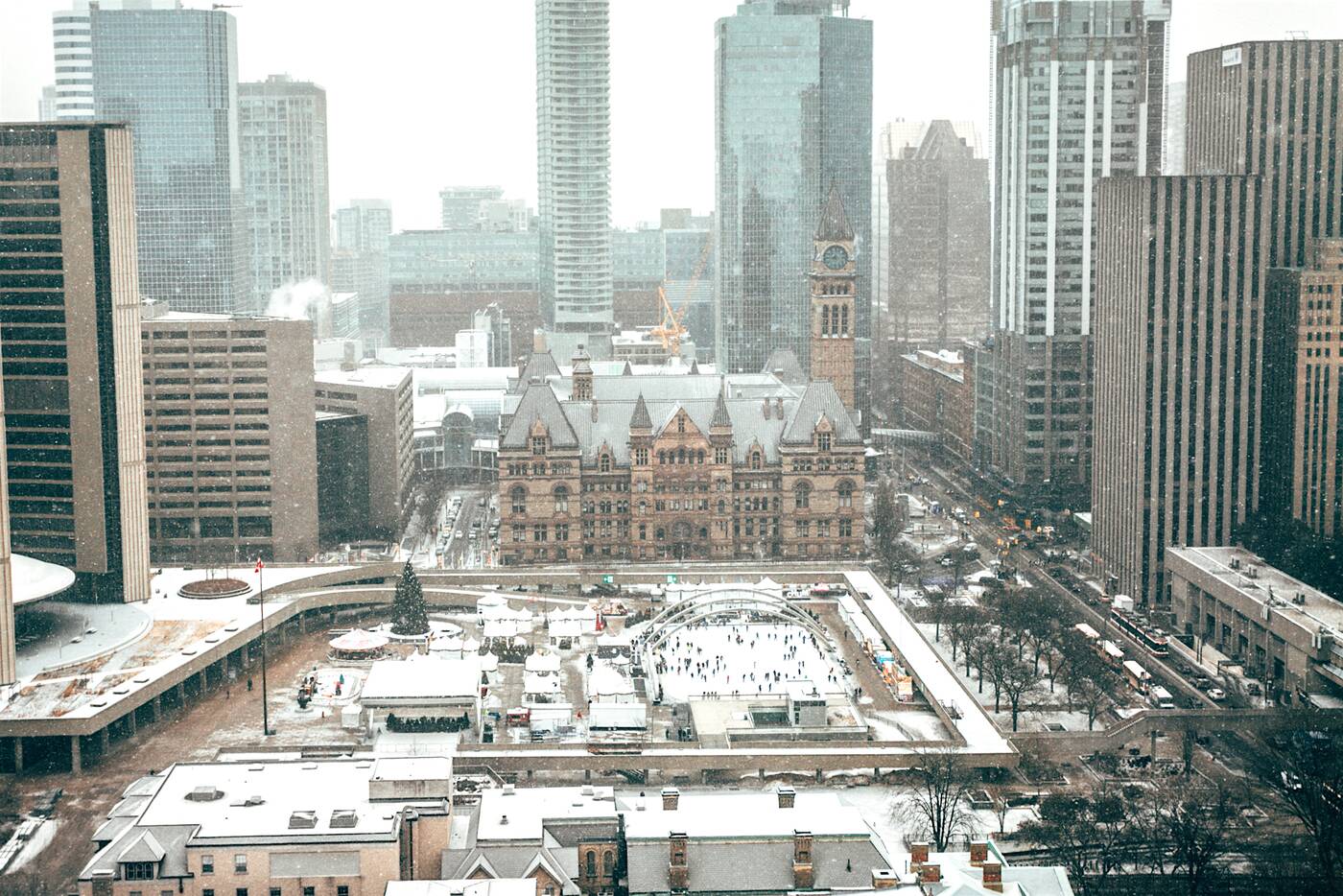 It should be noted that the latter might have one of the best washroom views of downtown Toronto. The Tower Room was once a Doors Open destination, but it was decided this year that it, too, will be reserved for employees only.

Upstairs, the weather beacon itself actually surrounds a massive flag pole which was original to the building's design. 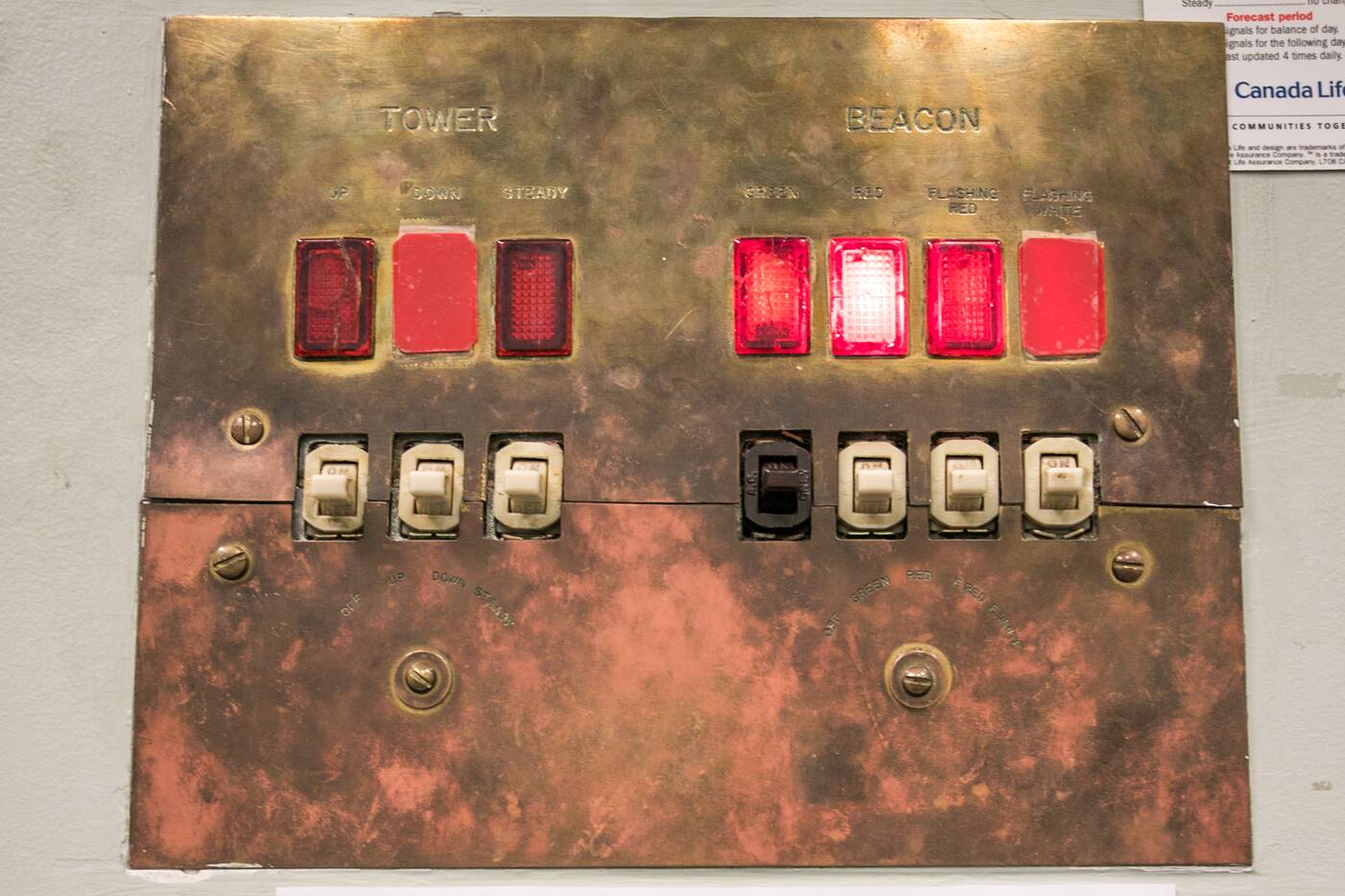 The switches for the beacon and tower are the original ones from 1951.

Updated four times a day by employees at Canada Life's front desk, who stay up to speed through Environment Canada stats, the tower and beacon themselves are controlled by fairly archaic looking switches on the first floor.

Rows of stainless steel bars, equipped with 1,004 blinking glass bulbs, have now been replaced with LED strips which light the weather-resistant bulbs from within.

That fact alone should be a relief for whoever's job it was to head up to the beacon twice a year with buckets of light bulbs, ready to replace every single faulty bulb by hand. 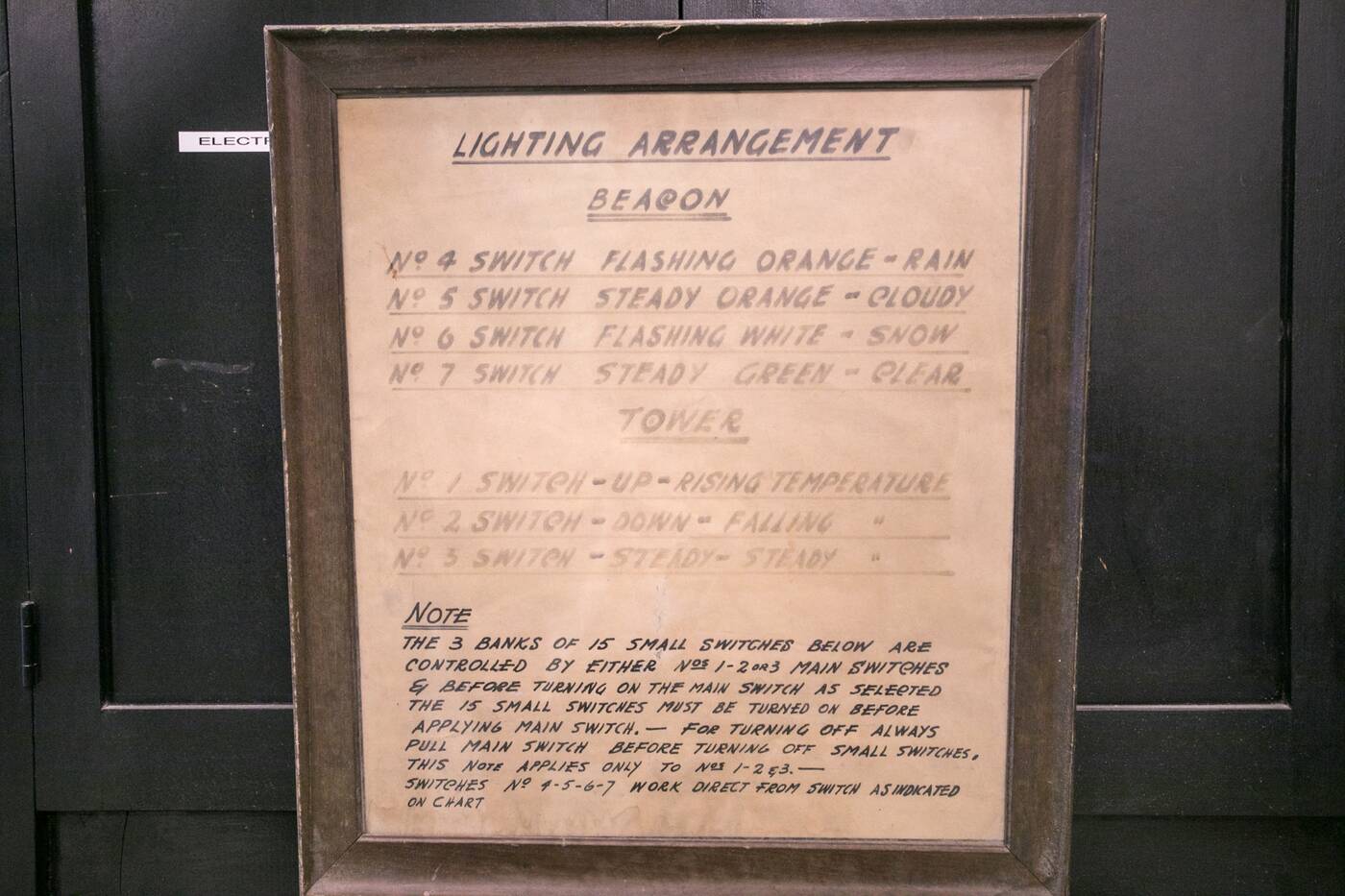 If you're looking up at the tower and see the lights flashing in ascending order, it means the weather should warm up over the course of the day. Descending means dropping temps, while a steady white light means no changes at all.

The crown feature: the glowing beacon box, has now been replaced with 108 LEDs that lights up different colours with 2,160 watts. This should be more effective than the massive cluster of Christmas lights once stuffed inside the box as a last-minute fix job. 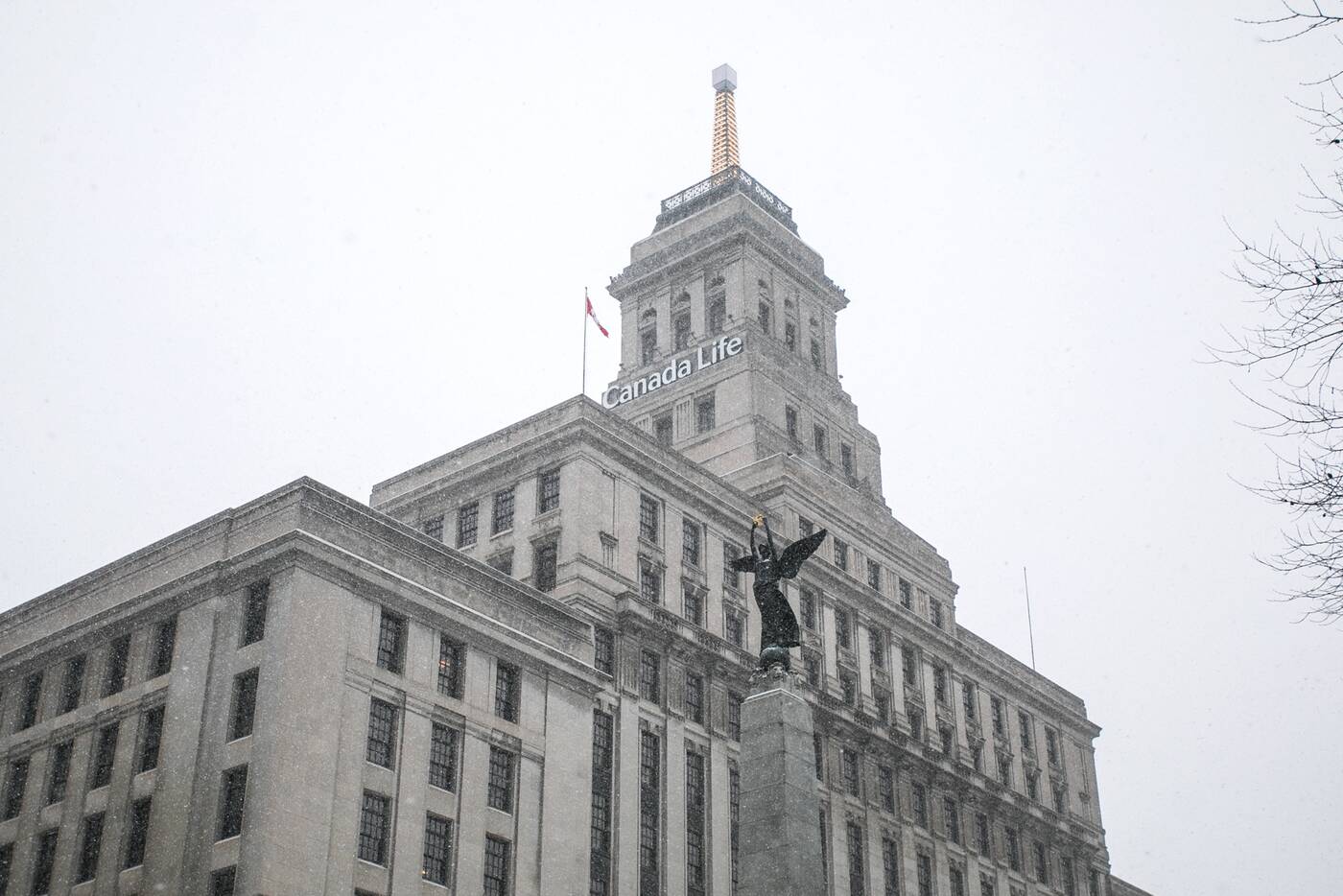