Someone in Toronto was recently sent a letter by their condo company management company ordering them to take down their enthusiastic Halloween decorations, or else they'd be removed.

A woman posted a letter sent by Cape Property Management Ltd., to a local Facebook neighbourhood group on behalf of her ex-husband, who lives in the decorated home.

"Further, it is against the condominium's Rules and Regulations to erect any items, decorations, etc. on the exterior of units."

"He still lives there, has always decorated," says the woman about her ex-husband. "He's put them up for five years, this is the first time something has been said." 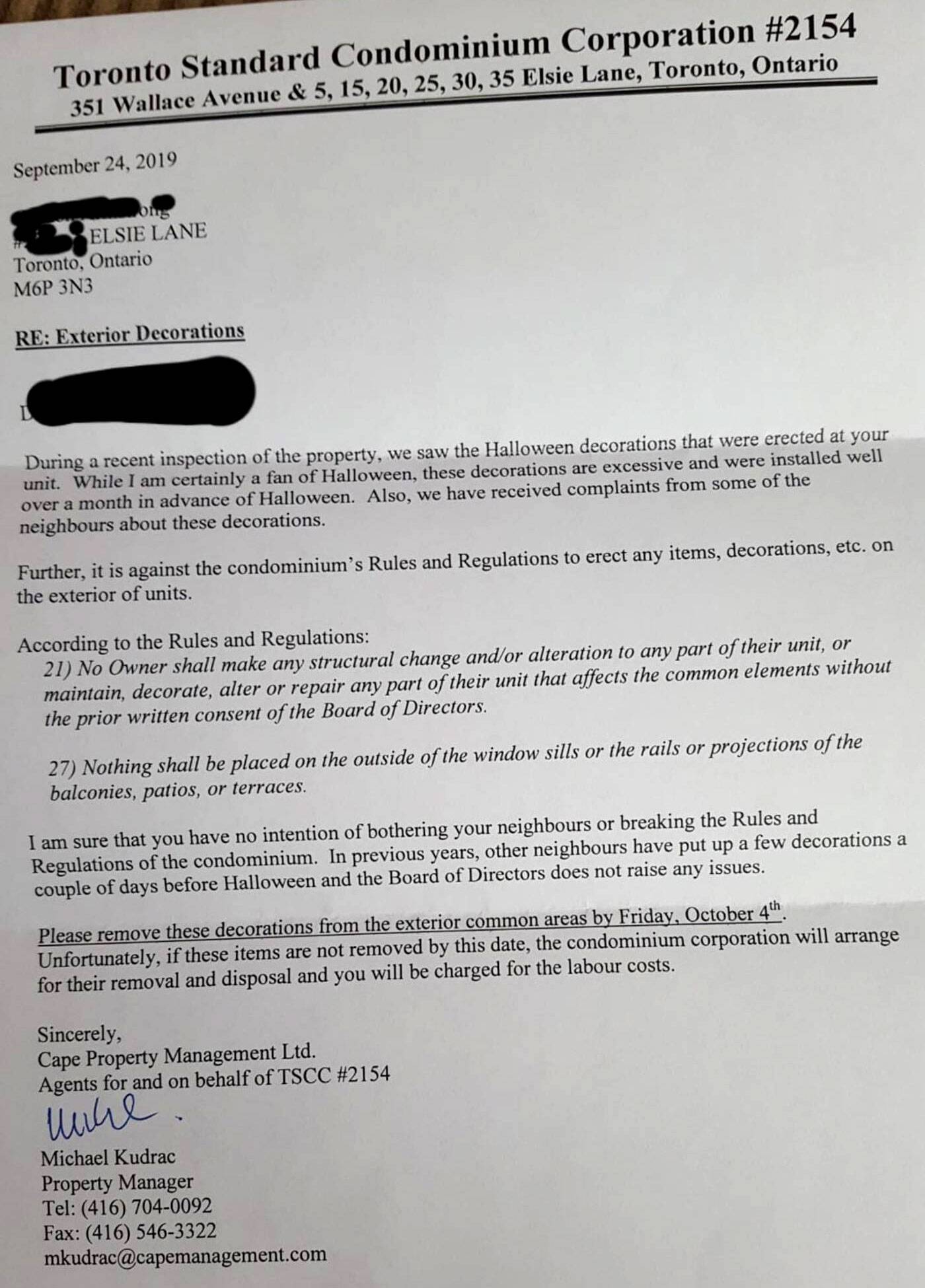 A photo of the letter sent by a condo management company posted to a Toronto Facebook group. Photo courtesy of Shauna Heath.

The Property Manager who sent the letter, Michael Kudrac admits, "They were certainly impressive and the resident must have spent a lot of money. The entire outside of the townhouse unit looked like a haunted house. There were scary Halloween figures installed on the roof hanging down the building, attached to the windows...."

"As an aside, I have a 6 year old and she would have been terrified of them. Unfortunately, this is a condo corp and the exterior of the units do not belong to the residents. Plus, the decorations were put up in mid September." 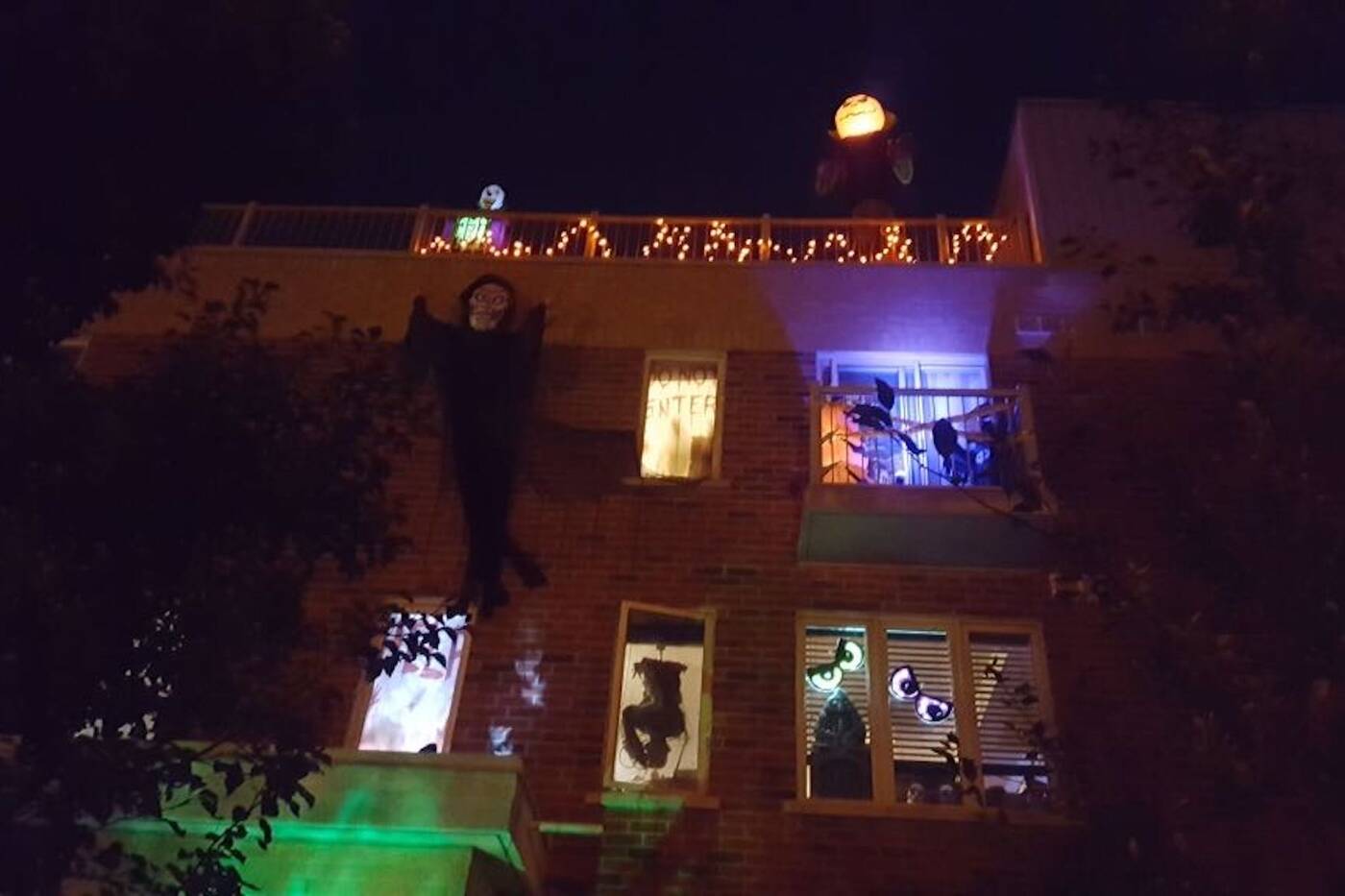 A photo of the same decorations last year.

"I've never been informed of any breach of bylaw prior to this year," says the resident who put up the decorations."

Meanwhile the response from the neighborhood has never been anything but positive, so much so that I've been asked as early as August when I would be putting up the display.

"The display has historically gone up in early September. This year my work schedule was such that it was up the first week of September, much to the delight of the people who saw and commented."