How about all that snow out there, eh bud? Really makes you feel Canadian, freezing your fingers off in the middle of April. Enjoy it while it lasts (or don't, if you're sane) because it'll all be gone tomorrow—and hopefully for a very long time.

Winter appears to be taking one last frosty dump on the City of Toronto today before allowing spring to take over, and boy oh boy will the transition be harsh.

The Weather Network is calling for a high of 15 C in Toronto on Friday, marking a rise of roughly 18 degrees over the -3 C some parts of the city experienced Thursday morning. 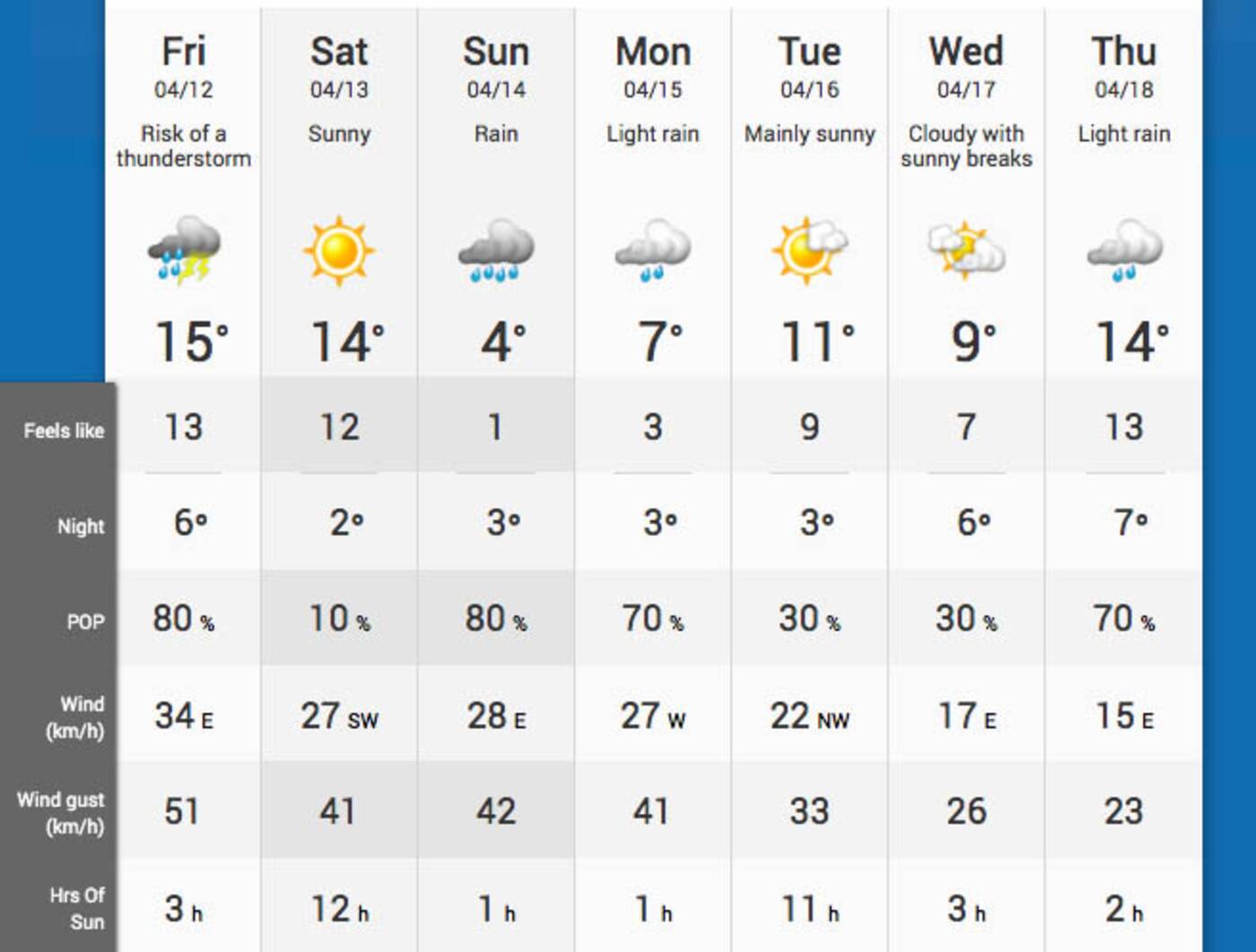 The people of Toronto will get a whopping 12 hours of unobstructed sunshine on Saturday, according to meteorologists. Image via the Weather Network.

Thunderstorms are expected, as is often the case during violent weather shifts, but Saturday should be nice and warm with a high of 14 C and nothing but sun in the forecast.

Temperatures will cool down slightly by Sunday, to around 4 C, but everything's looking up (albeit mighty wet) after that. You can expect double digit temperatures on four of the next seven days and nothing below 6 degrees over the next two weeks.

I'd encourage you all to go laugh in the face of colder weather as it departs the region, but let's not jinx this thing—it can always change at the drop of a hat, and often does around these parts.