Sleek new development proposed in the heart of King West

Are you familiar with the Pizza Pizza on King Street West? The one across from Spice Route, right next to Early Mercy?

Developers want to build a shiny, new, 12-storey mixed-use building right there – right on top of where countless drunk clubgoers have been arguing, puking and exchanging numbers for as long as I can remember.

In an application submitted to the City of Toronto this month, developers Allied Properties and Great Gulf ask for a zoning-by-law amendment to redevelop a 2,917-square-metre site at 540-544 King Street West and 1 -7 Morrison Street.

Their hope is to replace the mismatched, awkwardly set back buildings there now (ie; Pizza Pizza, Early Mercy, advertising agency The Hive) with a combination of retail, office and residential space. 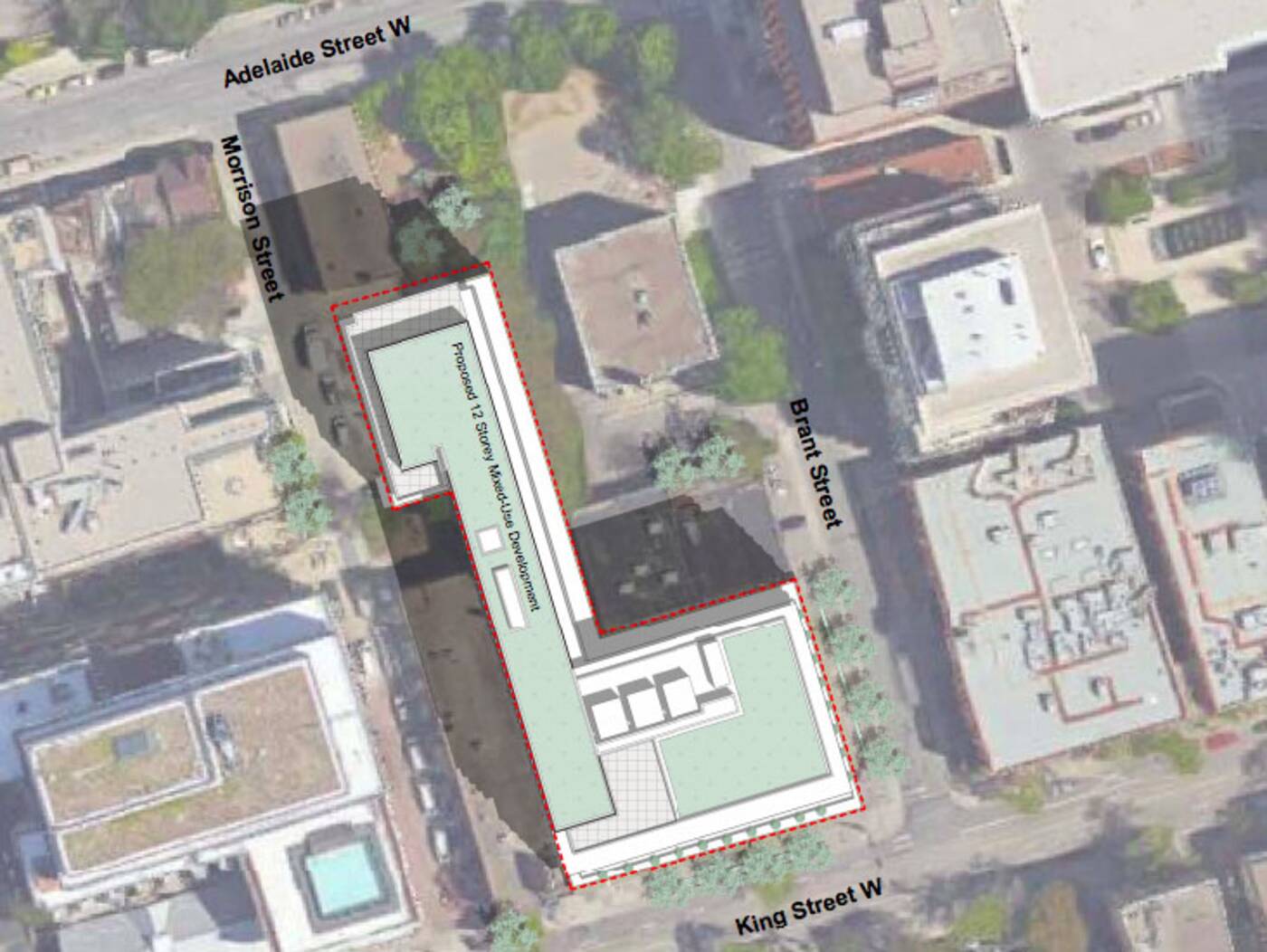 Designed by Hariri Pontarini Architects, the new, L-shaped development would feature 15,483-square-meters of office space and 2,962-square-meters for retail use, most of it concentrated in two-storey and 8-storey tiers that front King Street.

The space that currently houses Belfast Love would border the development on the West side, with Brant Street bordering it to the east.

A portion of the development containing 77 residential units (almost all of them two and three bedroom dwellings) stretches back towards Adelaide, coming right up to the edge of Rottblot's Discount Warehouse. 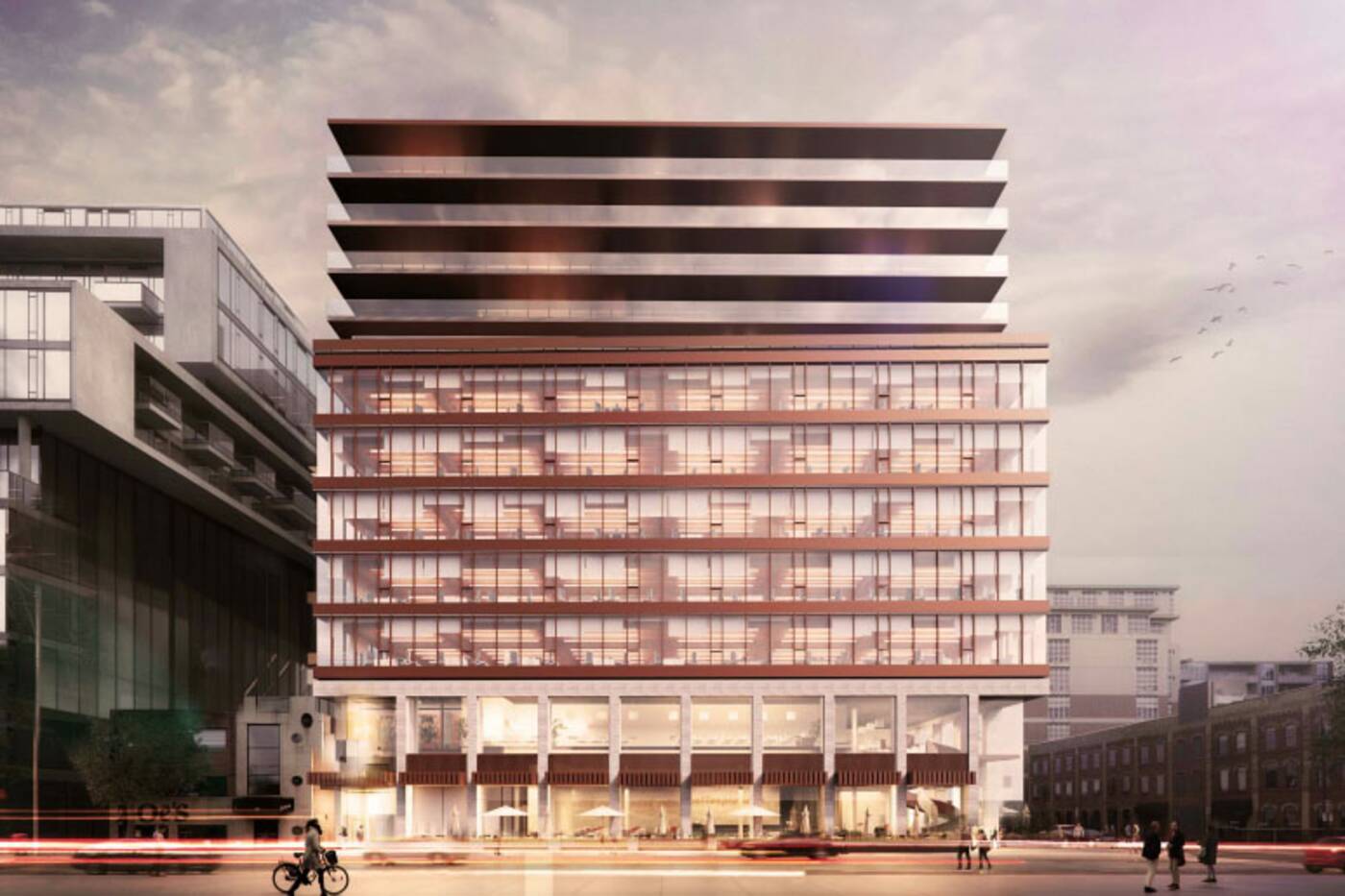 The proposal goes into some detail about how the development will serve and fit into the existing neighbourhood.

Improved streetscaping, space for café seating, canopy arbors wrapped in bronzed metal and an "extensive use of vision glass" will "substantially enhance the pedestrian experience of King Street West and Brant Street," according to developers.

Also cool, at least for the people work in the building, would be two rooftop terraces connected by about 233 square metres of indoor amenity space. Residents would have their own indoor and outdoor amenity spaces of about 117 and 150 square metres, respectively, as well as an absolutely massive-looking green roof.