New homes that back onto ravines don't come cheap in Toronto. Take this recently sold property at 130 Windermere Avenue, for instance. Sitting above Ormskirk Park, it doesn't boast the incredible views that some nearby homes do, but it certainly feels built among the trees. 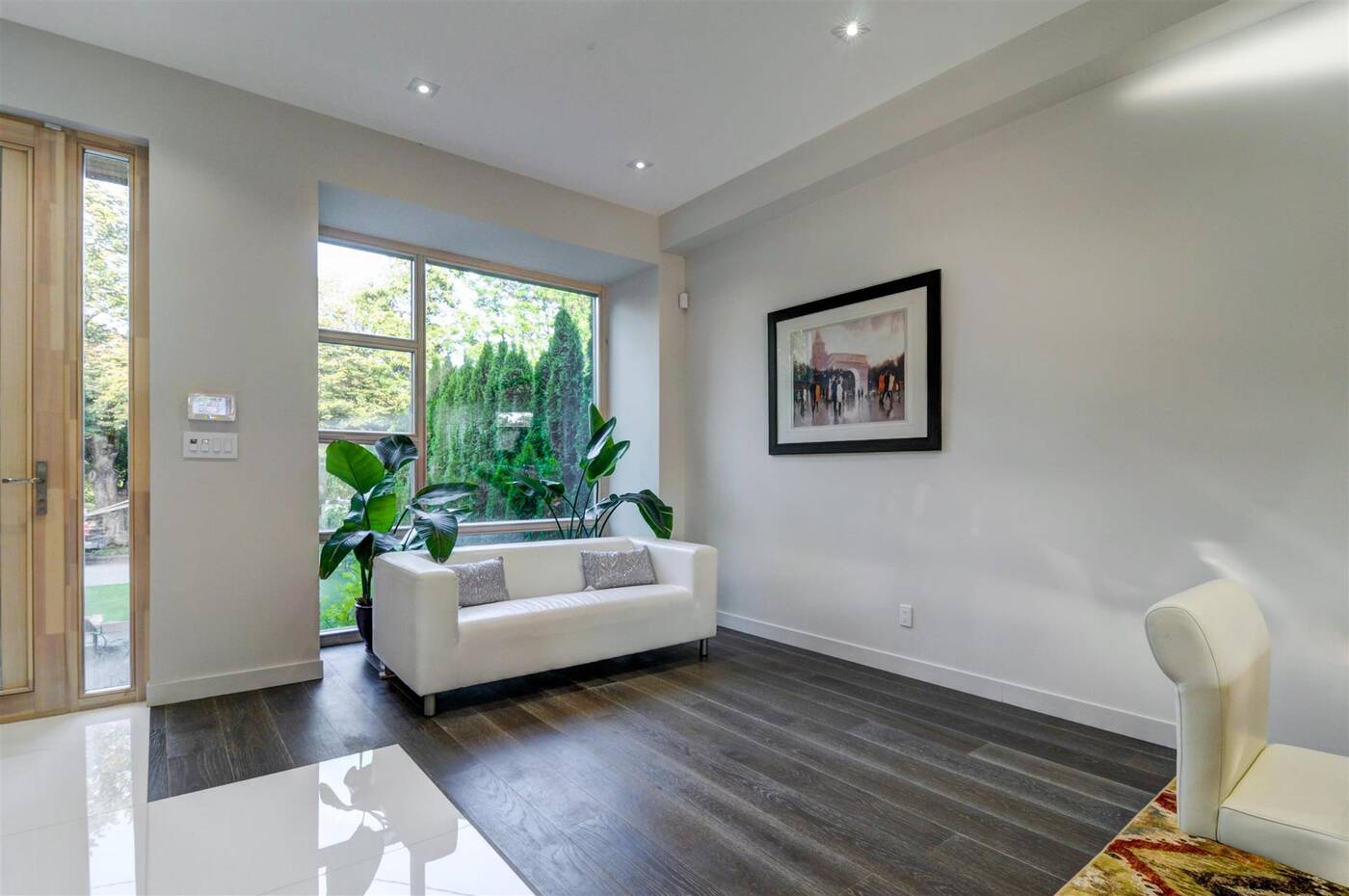 Before the current house was built on this long and narrow lot, it was occupied by a rather plain two-storey dwelling that did little to take advantage of the location. Now there's plenty of deck space and a spruced up backyard to put focus on the well-treed surroundings. 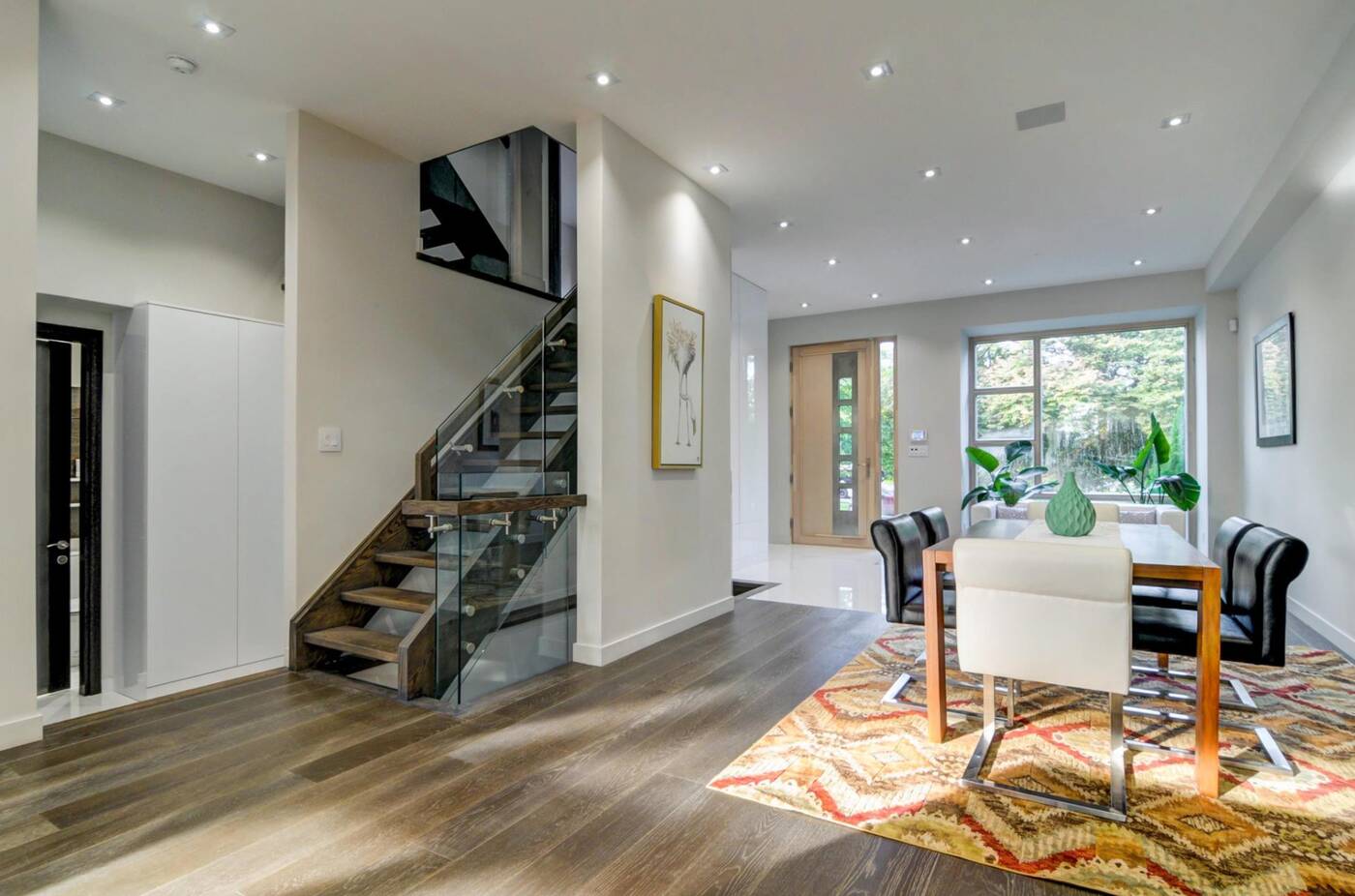 Inside, you have all the hallmarks of a new build. The architecture is modern and minimal, accented by big windows and open stairs. I'm not sure what the idea is with the abbreviated living room, but the family room and kitchen combo looks ideal. 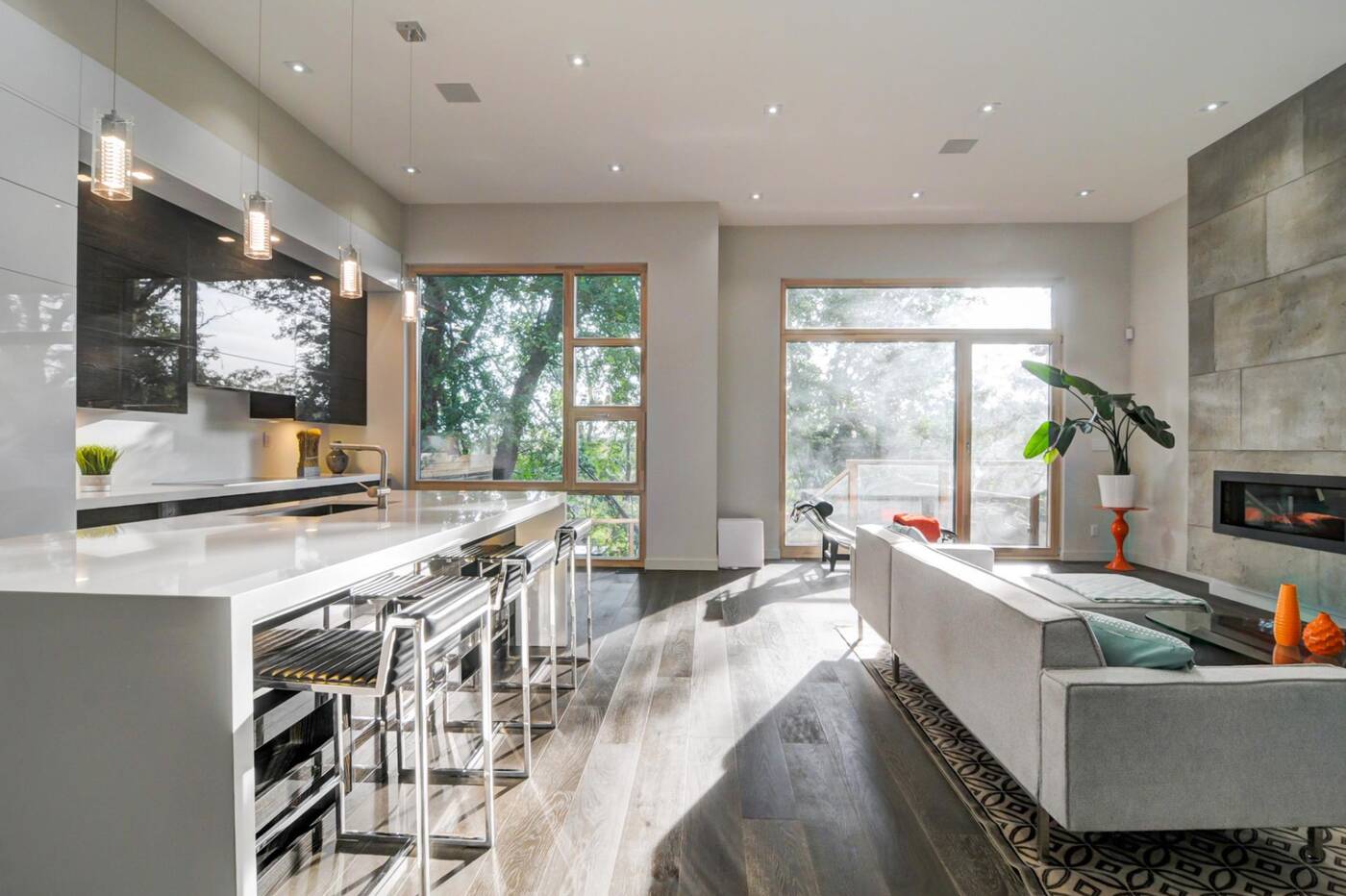 Upstairs, the master bedroom features a walk-out deck with a great view plus a well appointed en suite. Despite the relatively modest footprint of the house, there are an additional four bedrooms here, which makes it well equipped for a large family. 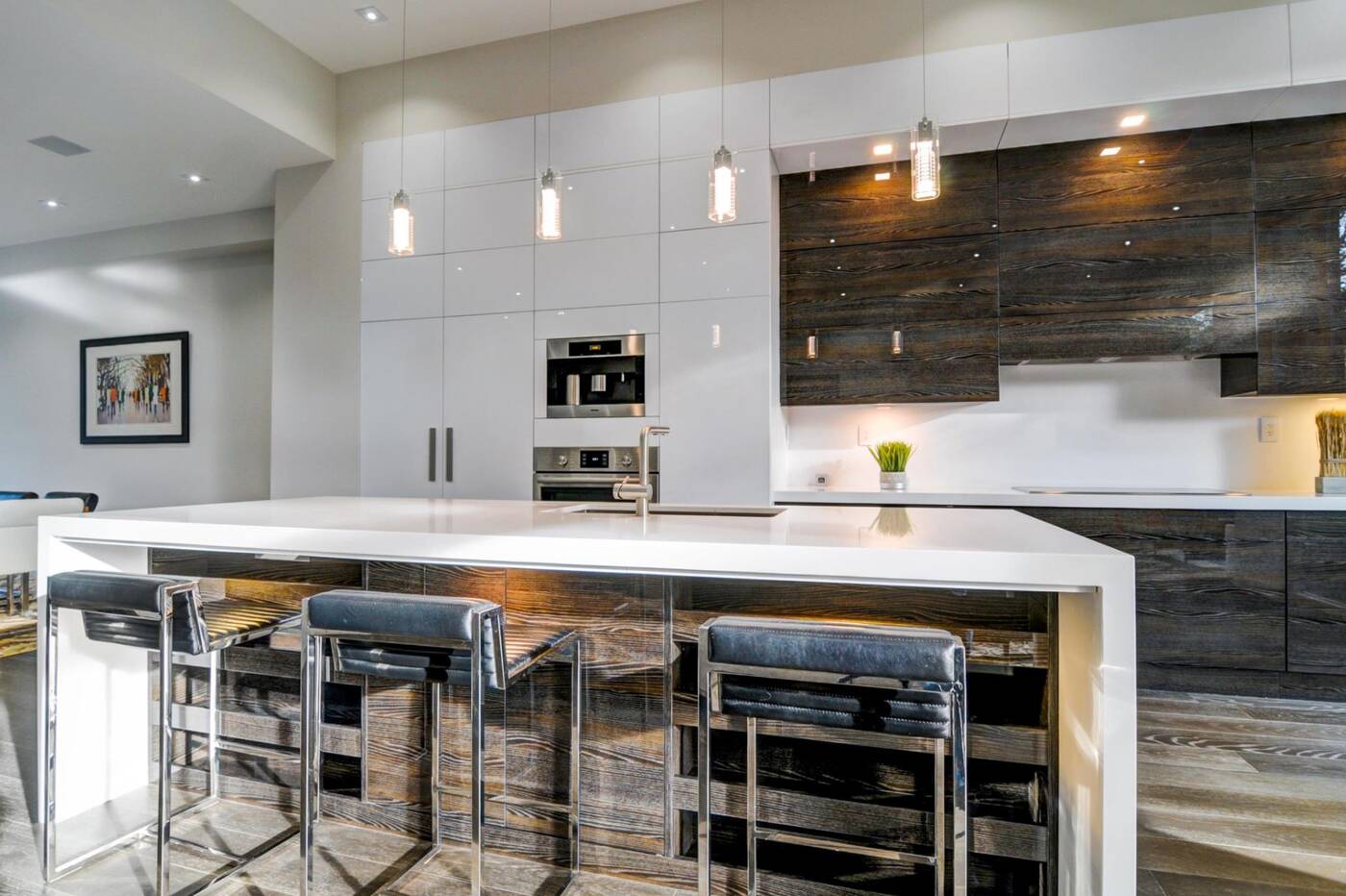 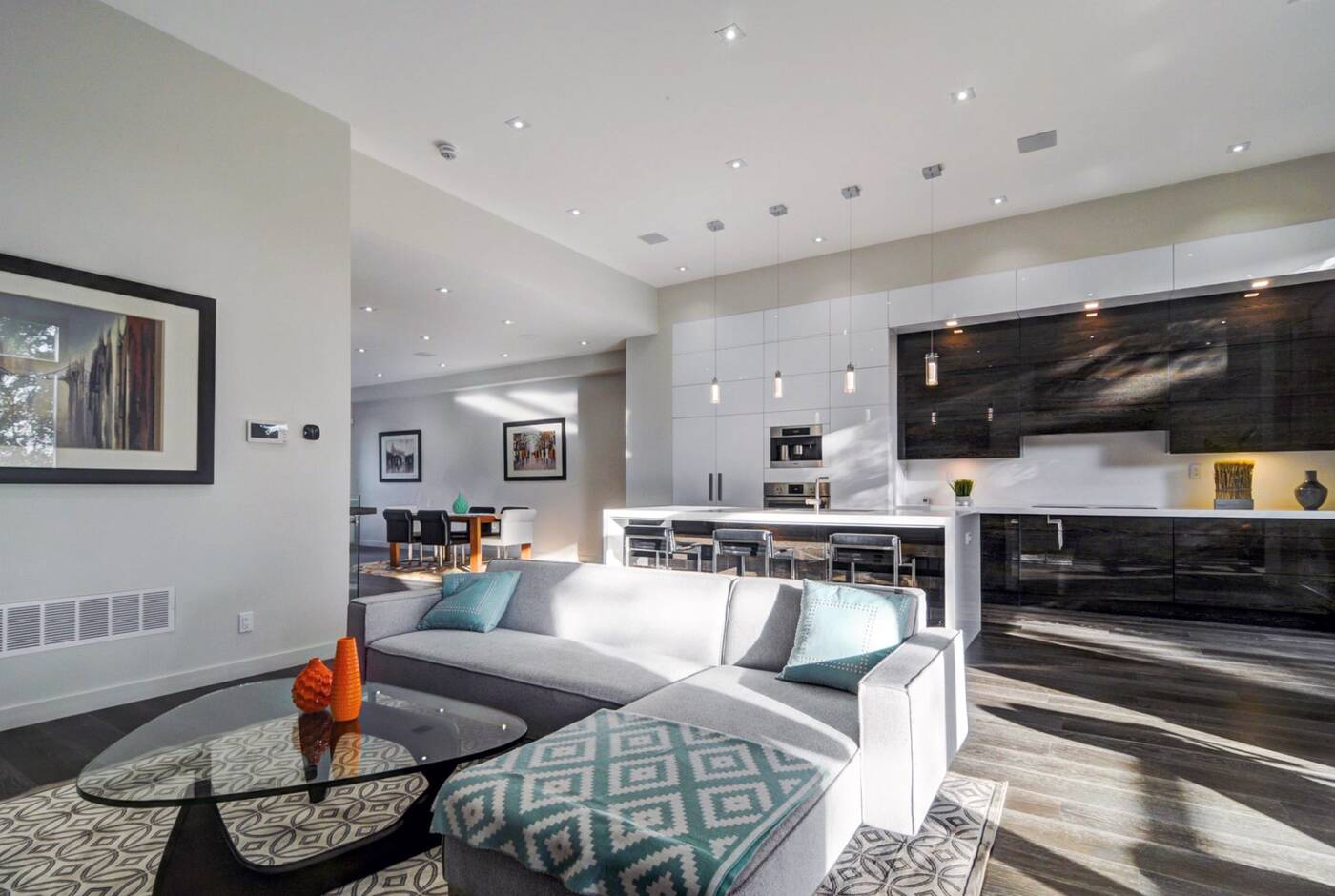 This house was initially listed at just shy of $2.7 million and went for approximately $200K under asking. Before you feel too bad for the seller, do bear in mind that the property sold for just $875,000 in 2014 before the rebuild. That's a pretty nice turnaround. 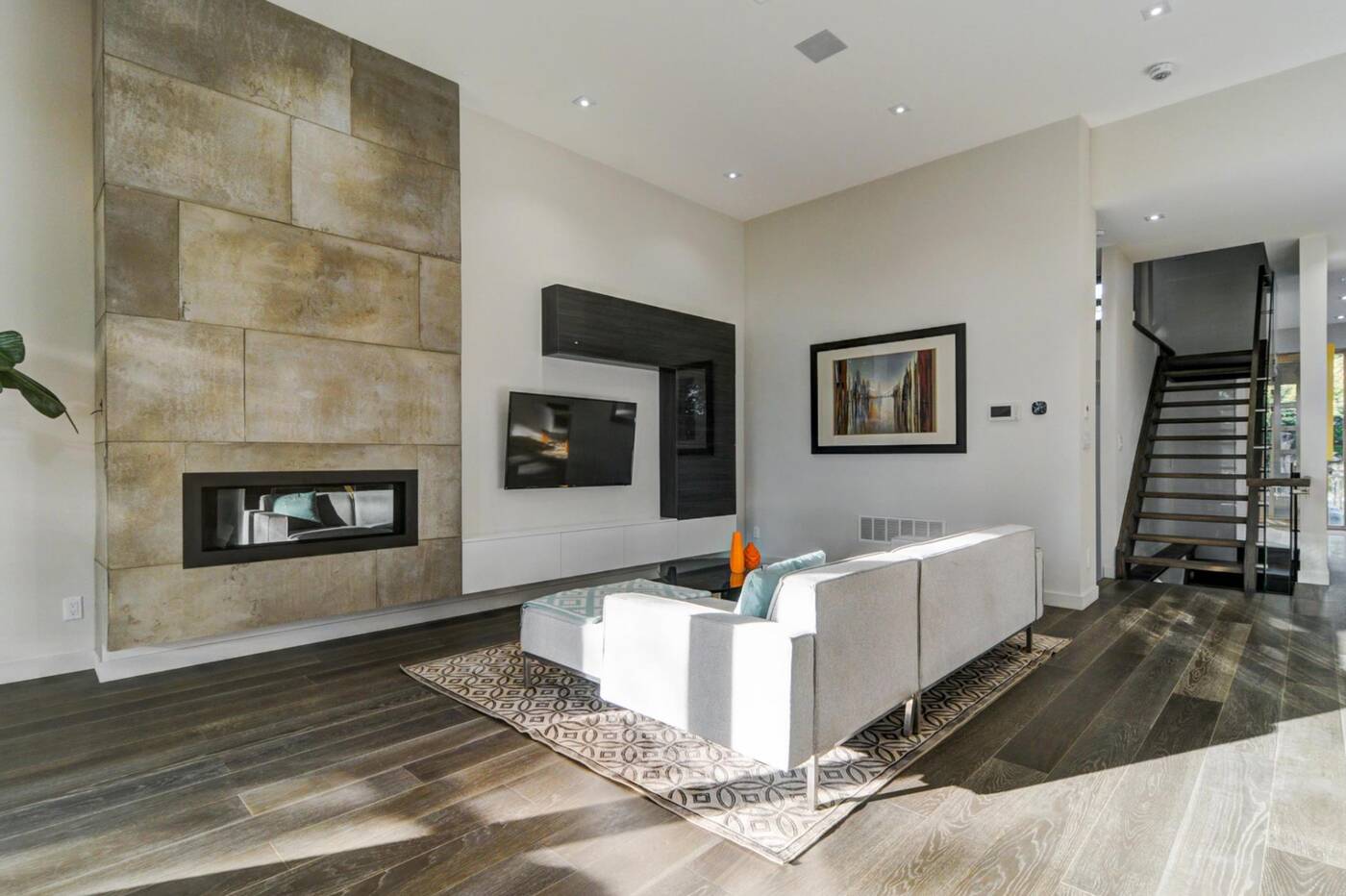 While the ravine this house backs onto is actually just a small park, the newly built residence takes full advantage of the location, which is just one of the reasons for the price tag. Throw in the newness factor and ample size, and the math is pretty simple on the ultimate sale price. 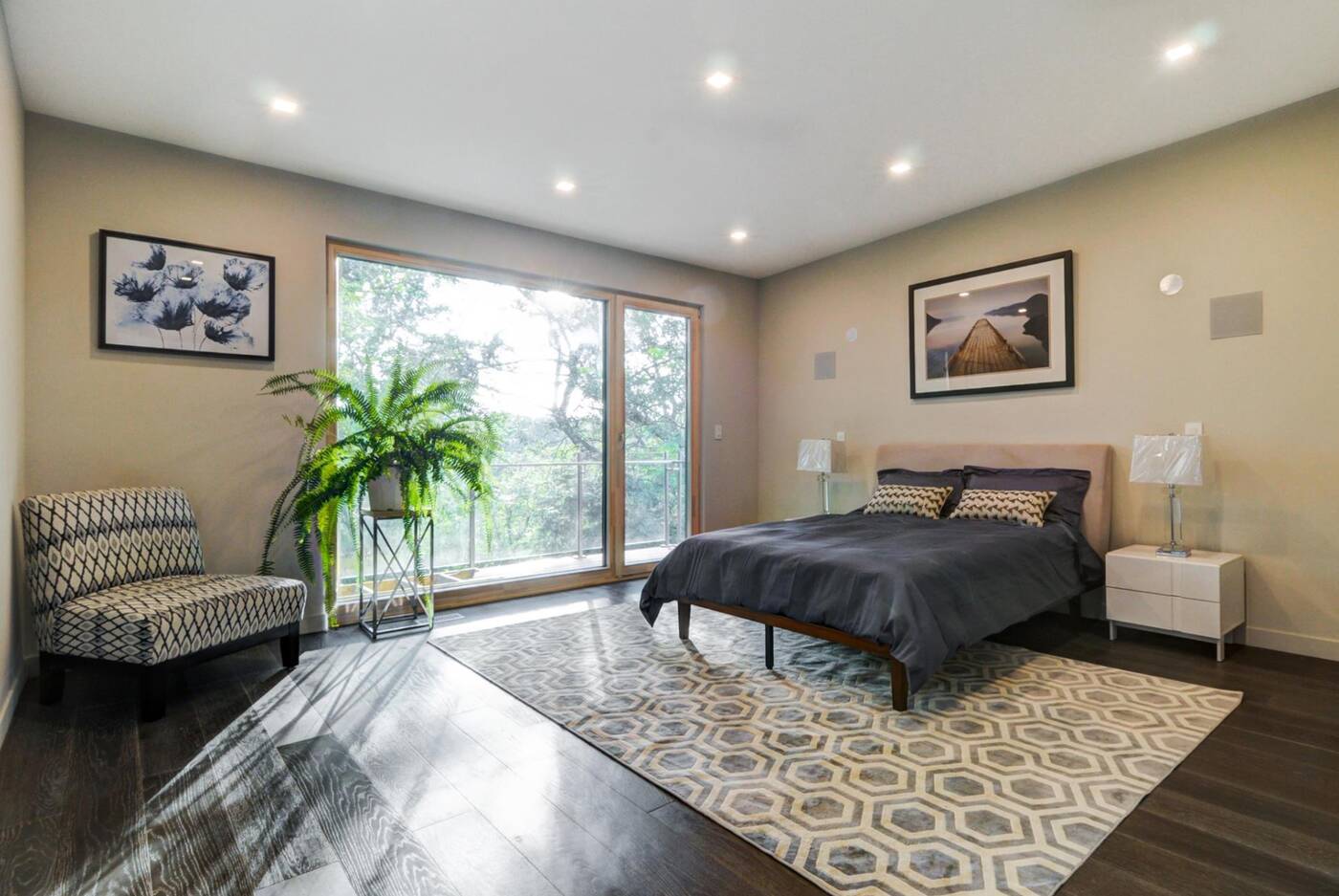 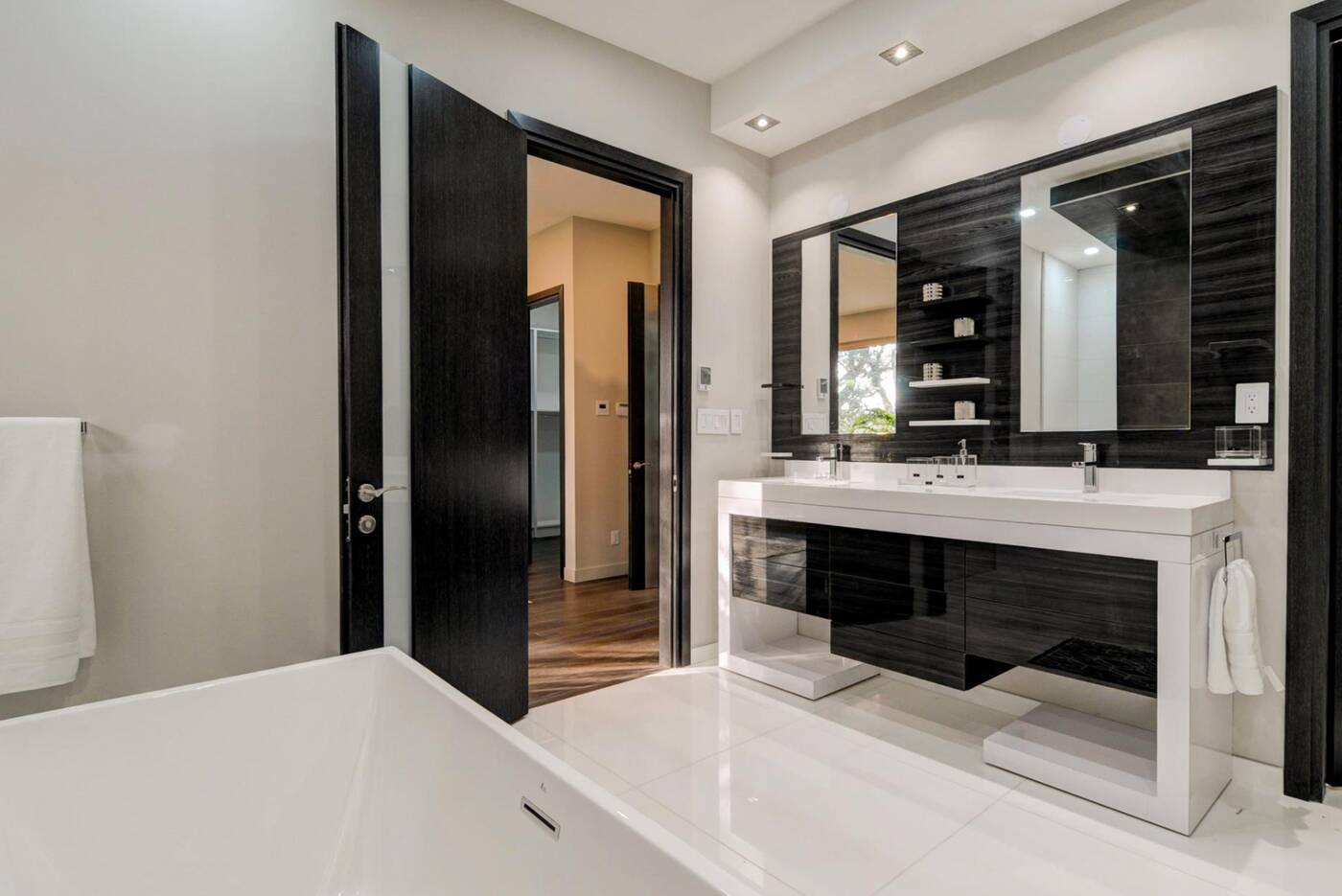 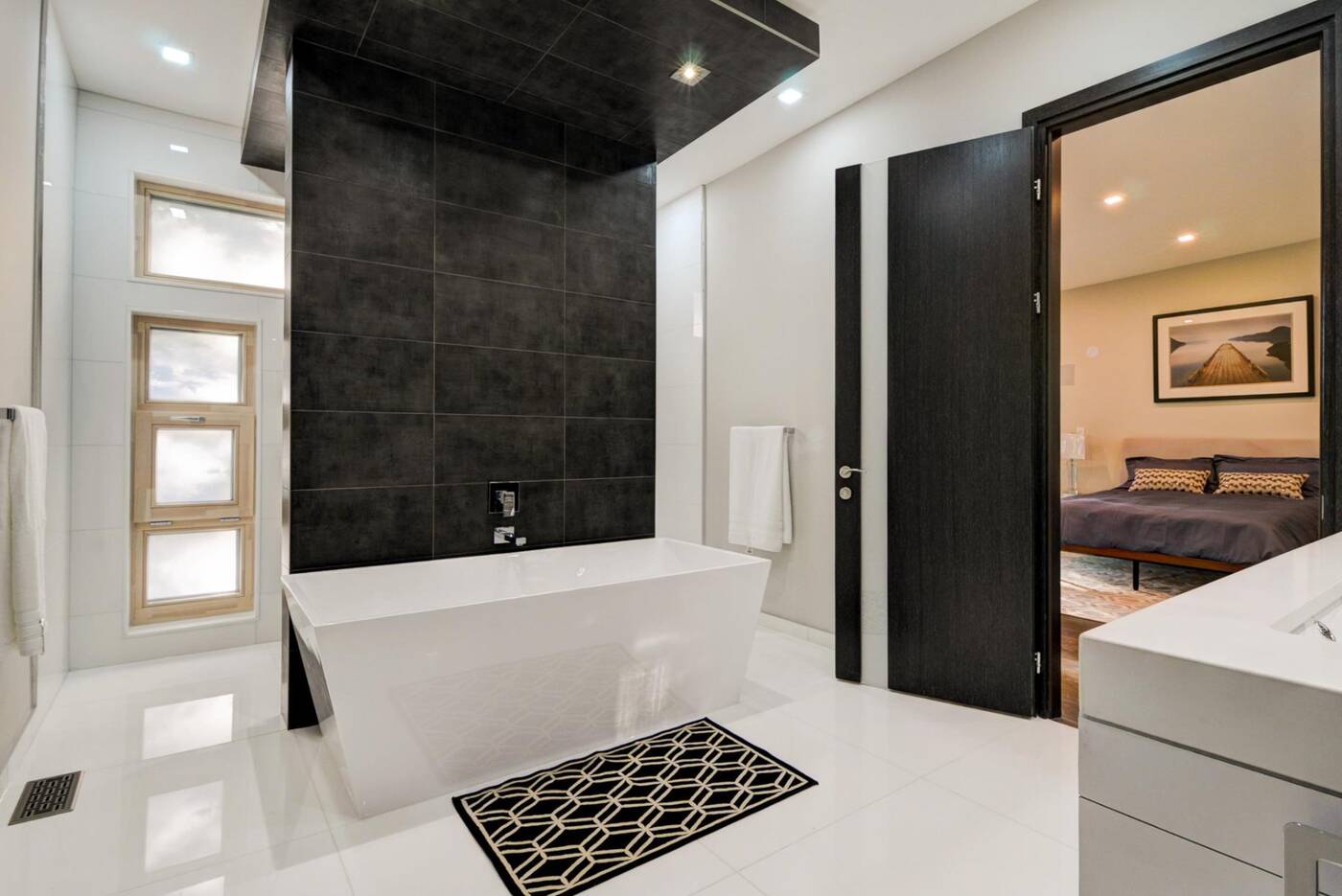 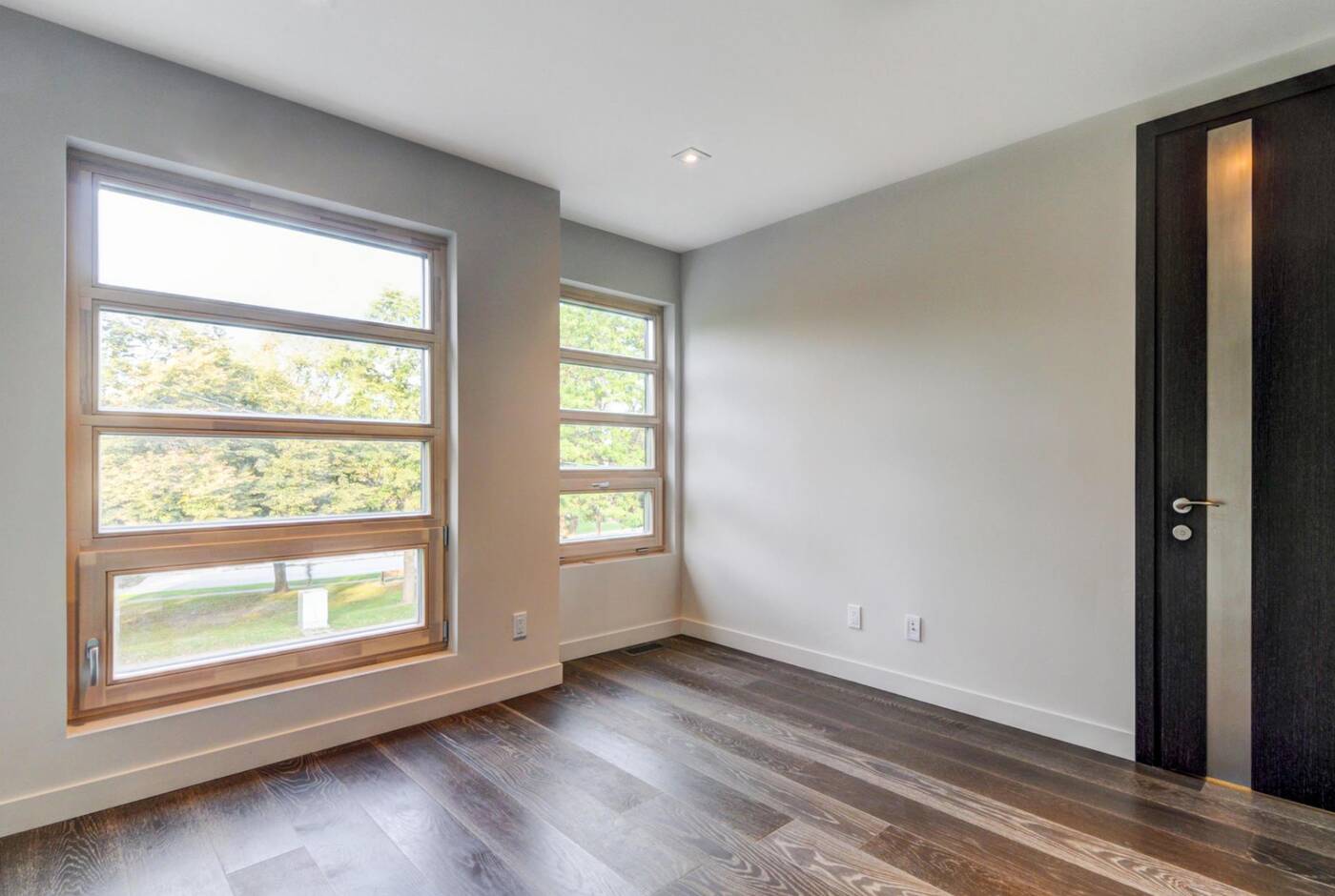 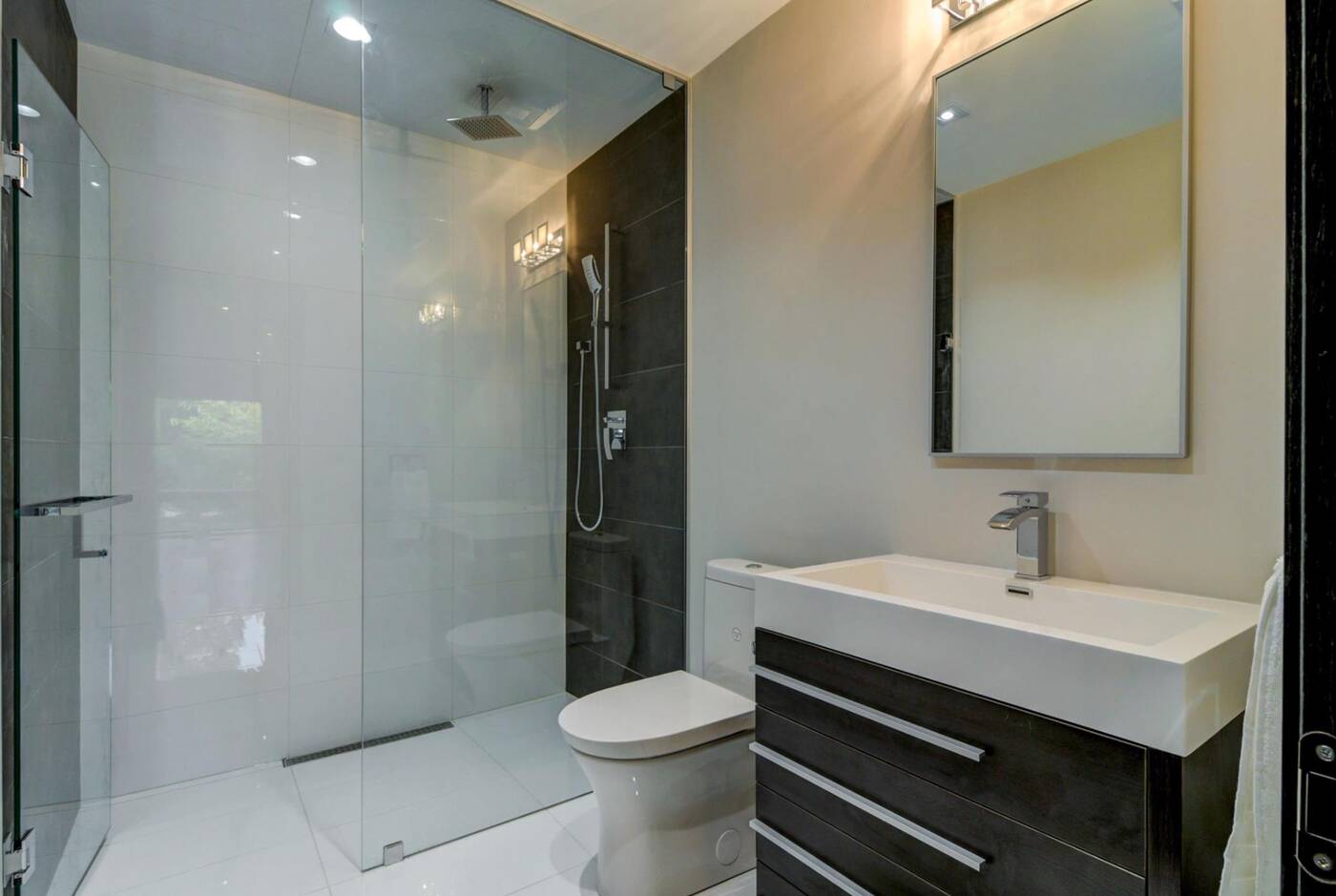 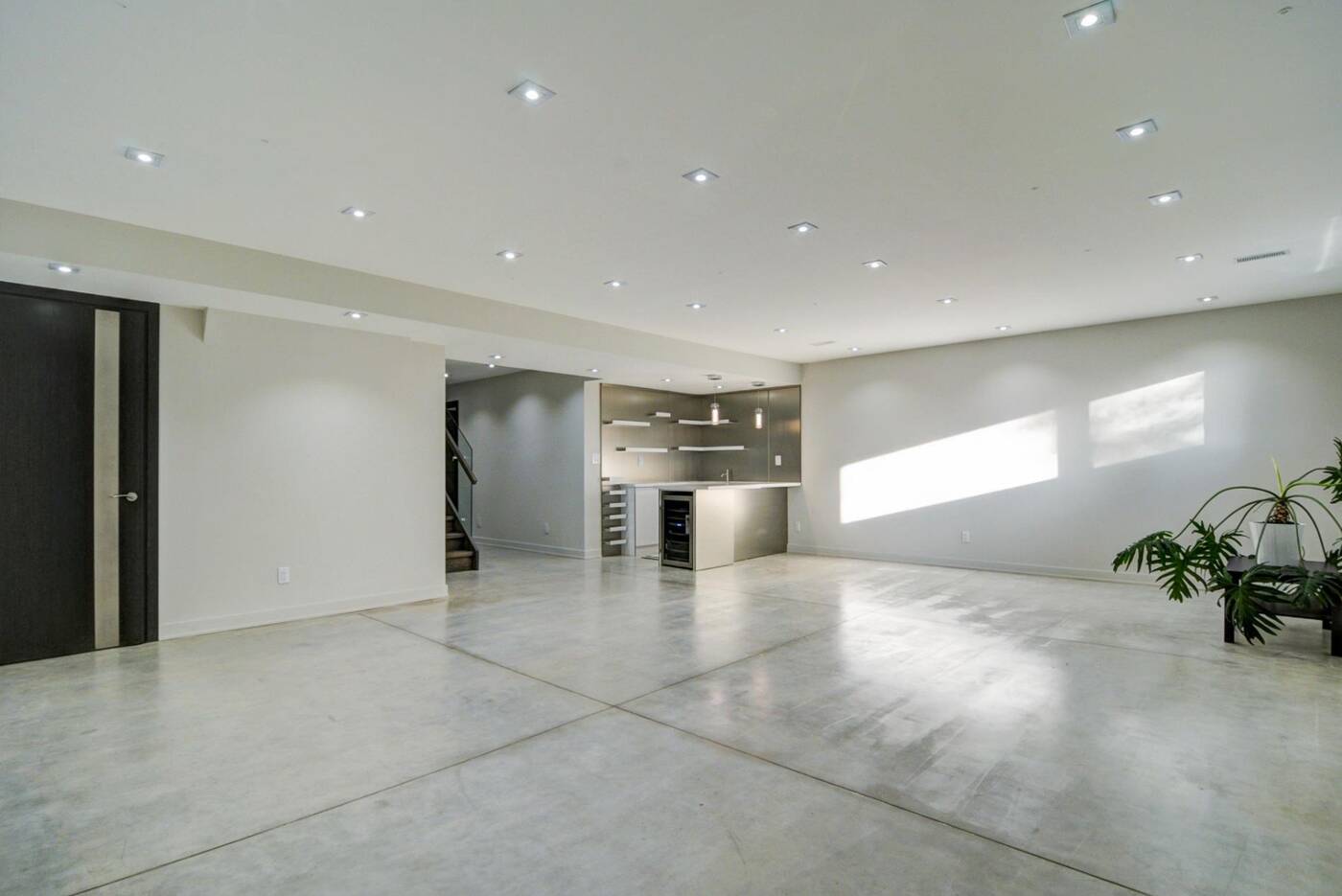 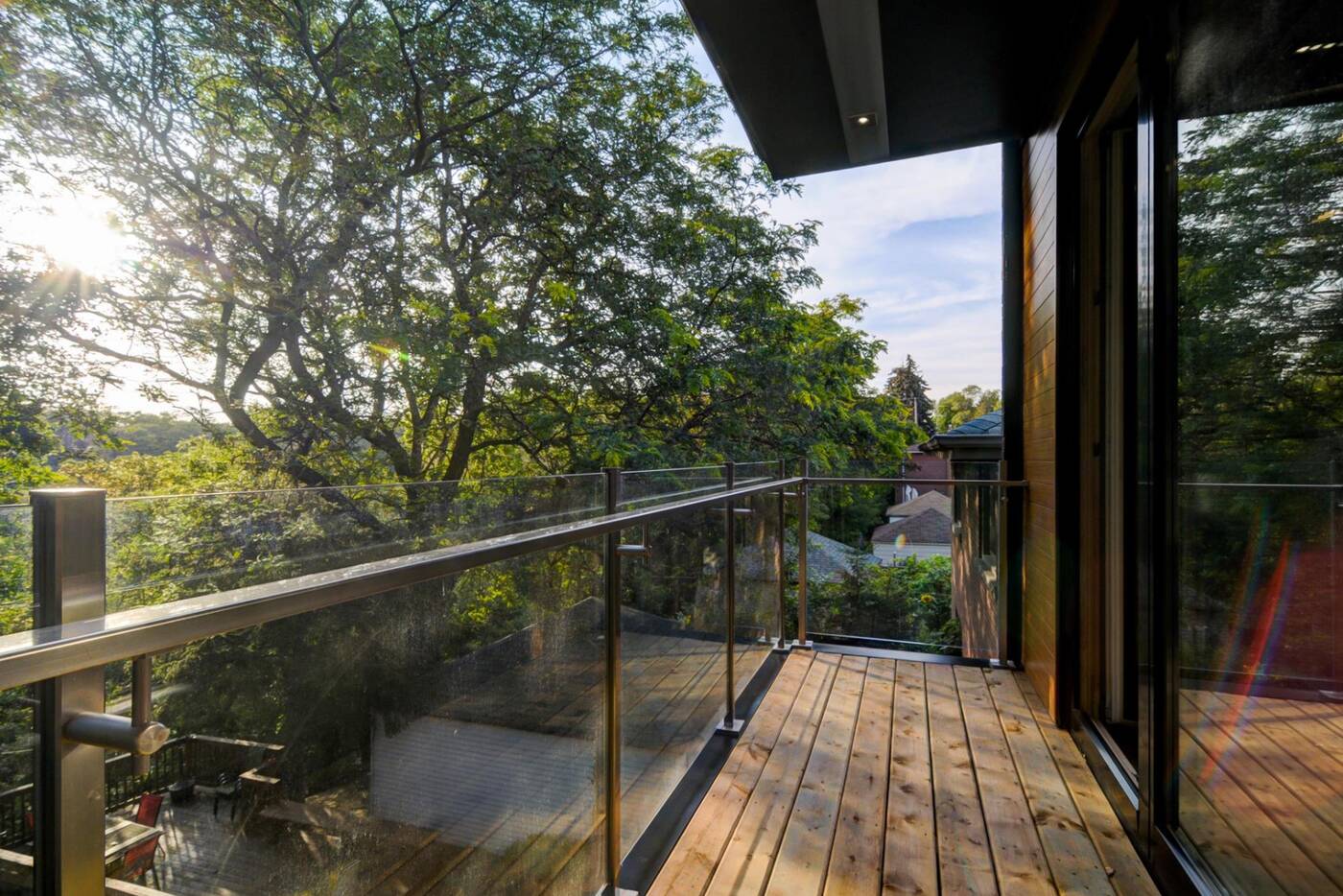 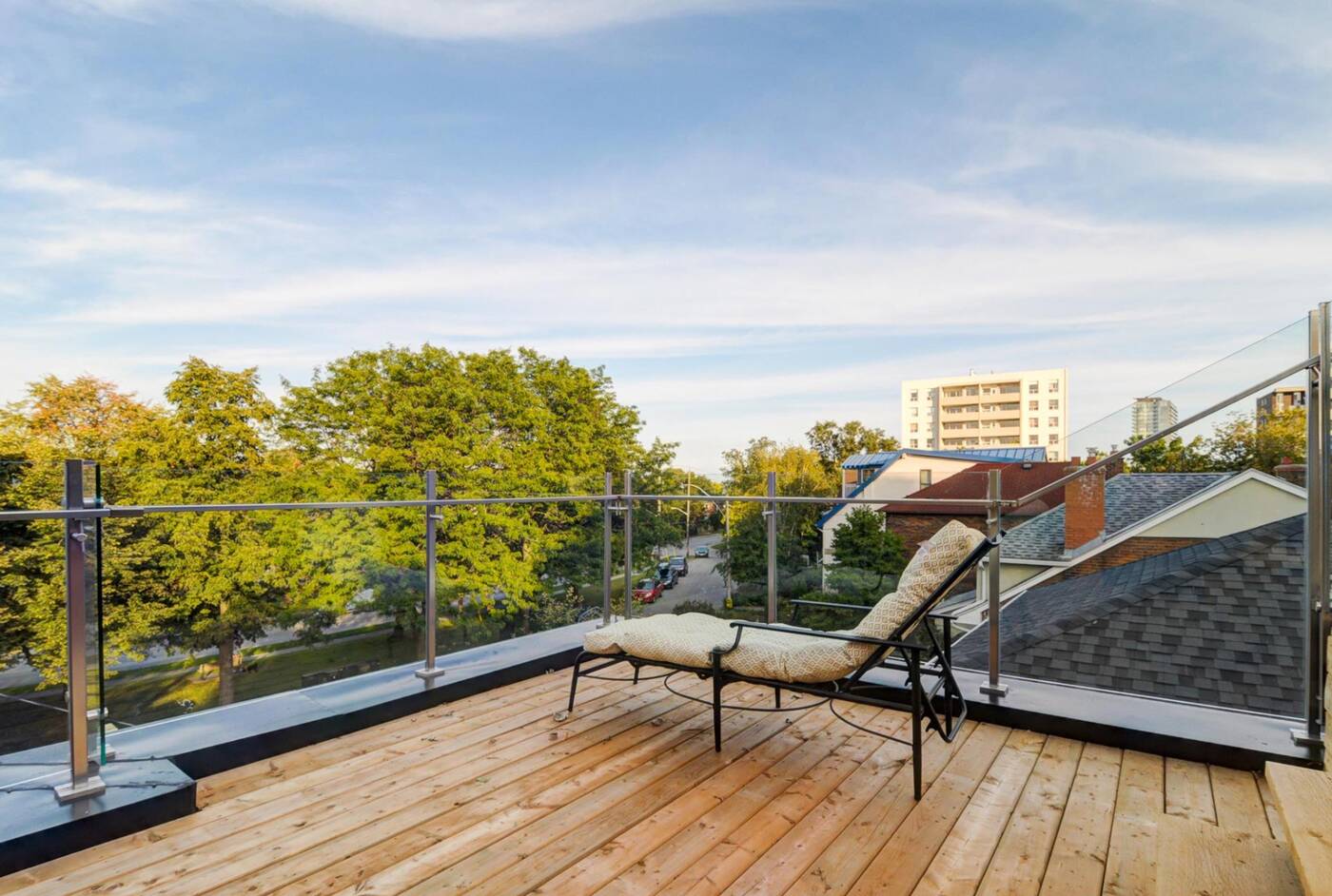 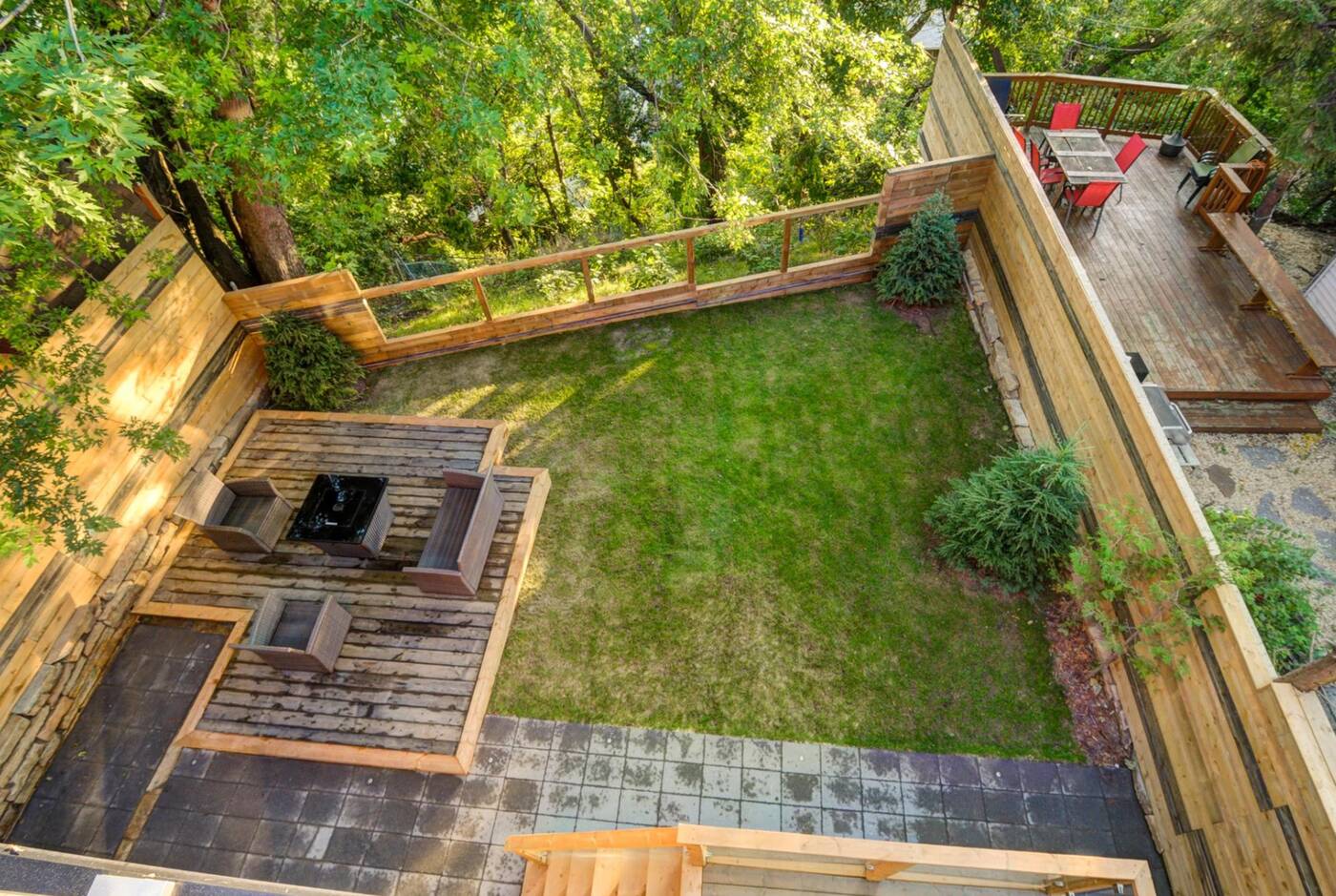 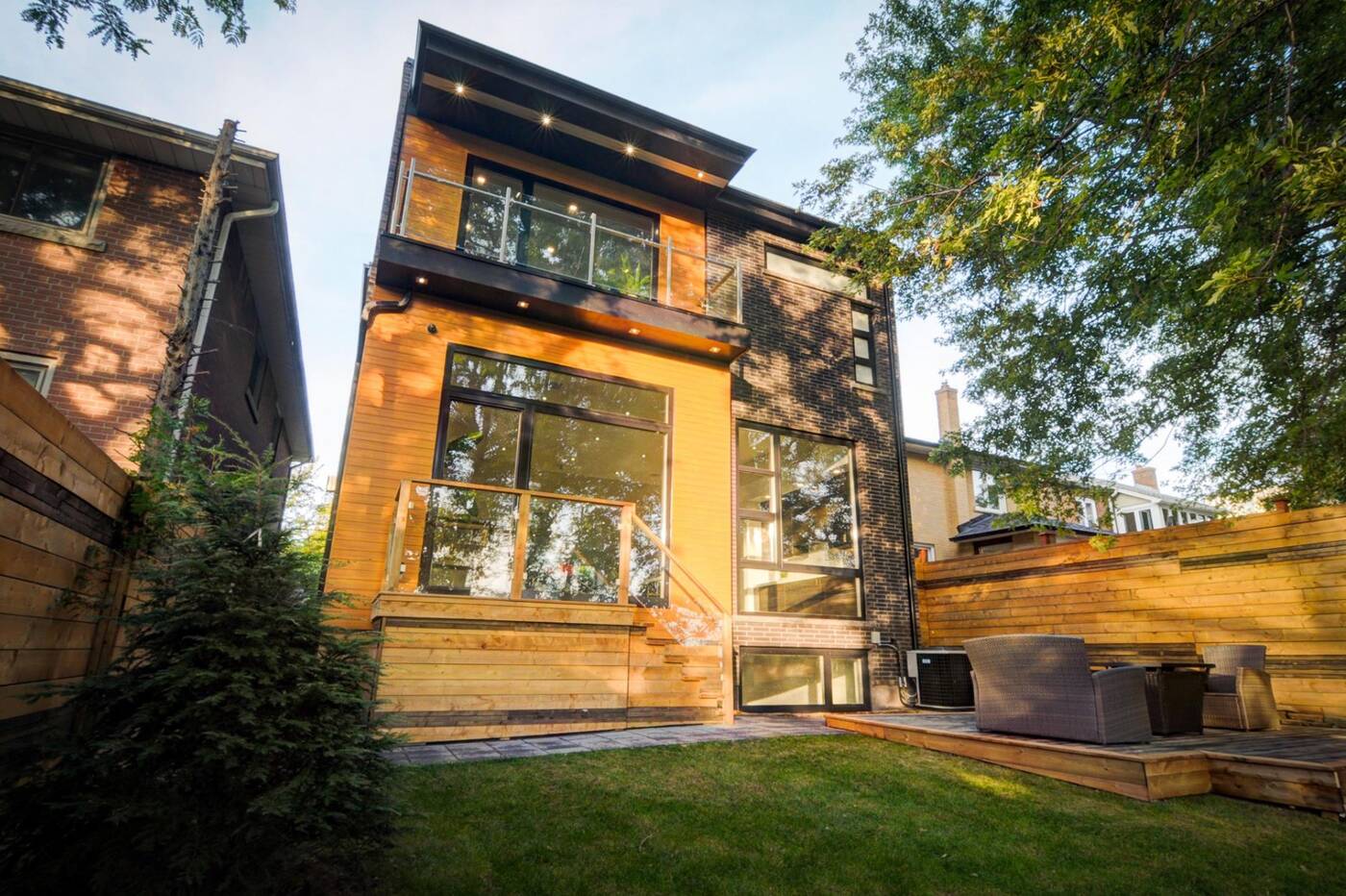