Trespassers at this Toronto park will be tickled

An apartment building in the heart of Queen West wants you to keep off its well manicured lawn, ya hooligans.

And if you don't? Get ready to experience anything from mild boredom to having your flesh consumed by monsters.

Just a stone's throw from OCAD University, the 1960s-era Gallery Towers building at 50 Stephanie St. is surrounded by a private parkette that backs directly onto Grange Park. 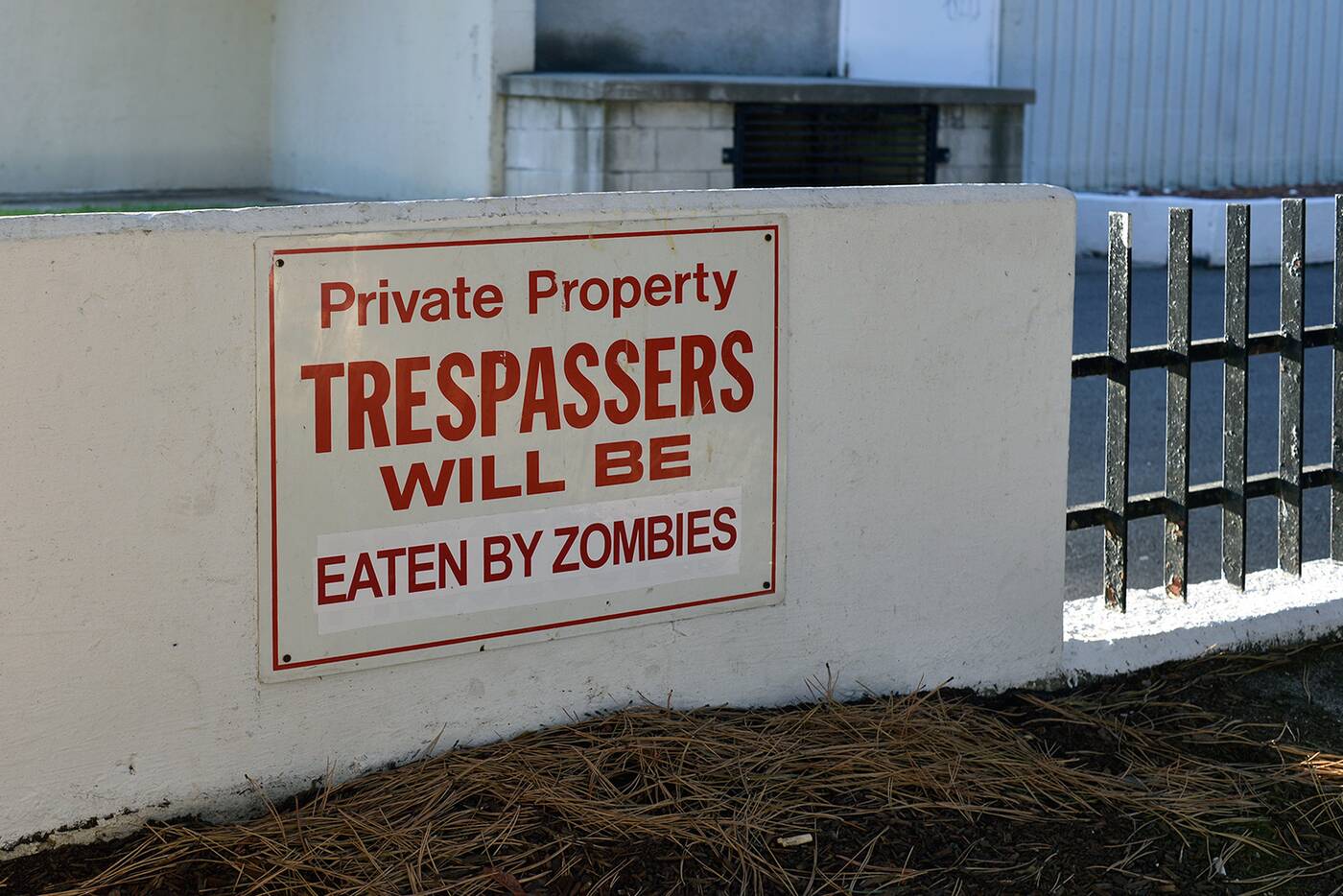 The trespassing stakes have been raised at the Gallery Towers. Photo by blogTO.

We know that the area is reserved for apartment building residents because it's enclosed by a short black fence and has several (recently-modified) "private property" markers posted in plain sight.

As spotted by Sean Marshall, the former "trespassers will be prosecuted" signs now promise such penalties as tickling, hungry zombies, and being unimpressed.

It's not clear who spruced up the signs or why, but it could be a tongue-in-cheek statement about the privatization of green spaces in Toronto. 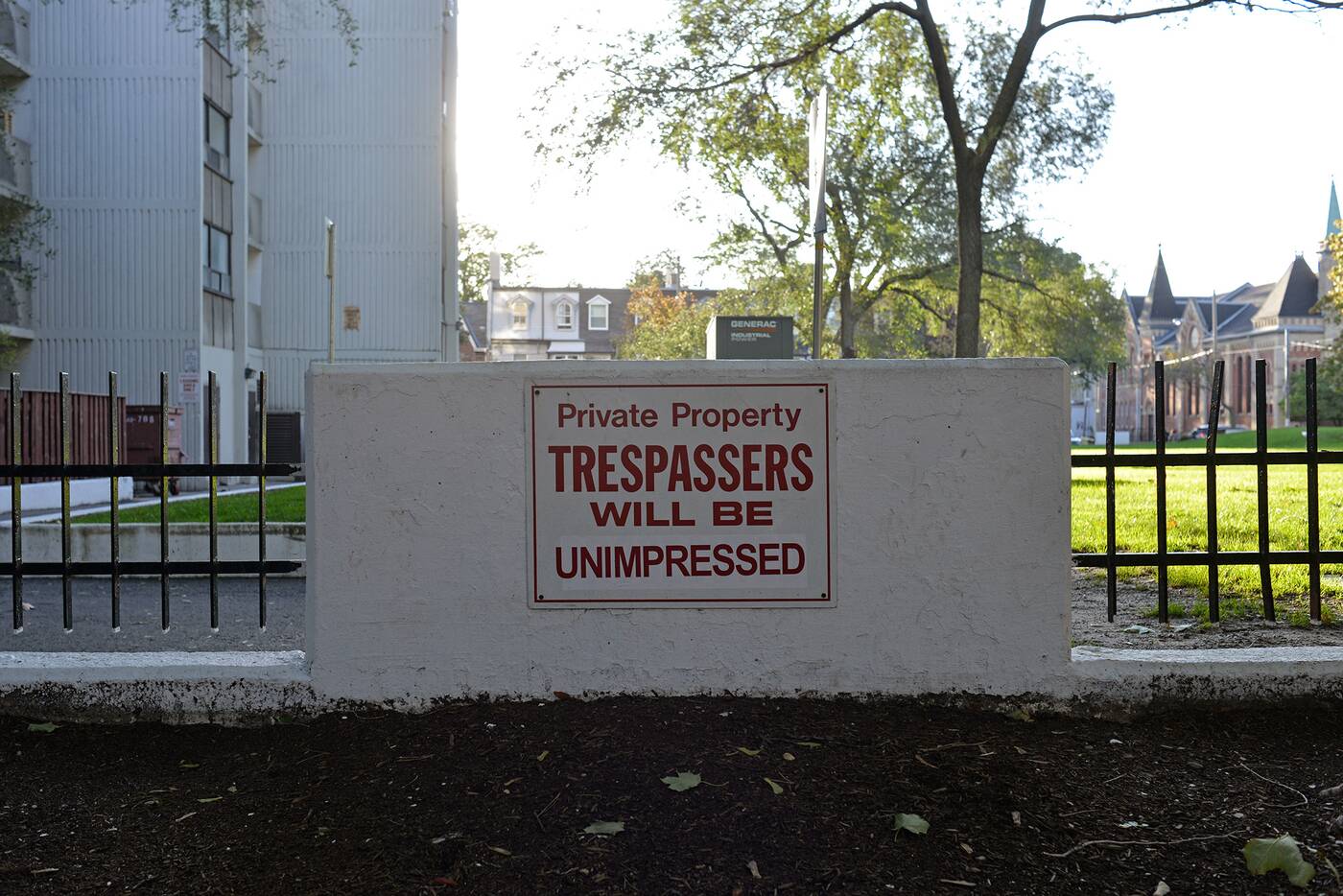 There really isn't much to see at the parkette behind 50 Stephanie St. Photo by blogTO.

What's particularly weird (and, some might argue, funny) about the existence and prominence of these signs in that, well, there's not much more than a flat patch of grass to protect.

The area also backs directly onto Grange Park, which has an abundance of beautiful, newly-revitalized green space that – let's be honest – most people would rather hang out in.