Bloor Street West will undergo a series of massive changes over the next decade that will completely transform the character of the street.

Plans for the Honest Ed's site have been widely discussed as have the more recent designs to revamp the former TDSB lands at Bloor and Dufferin, but now a third major project has come into focus. 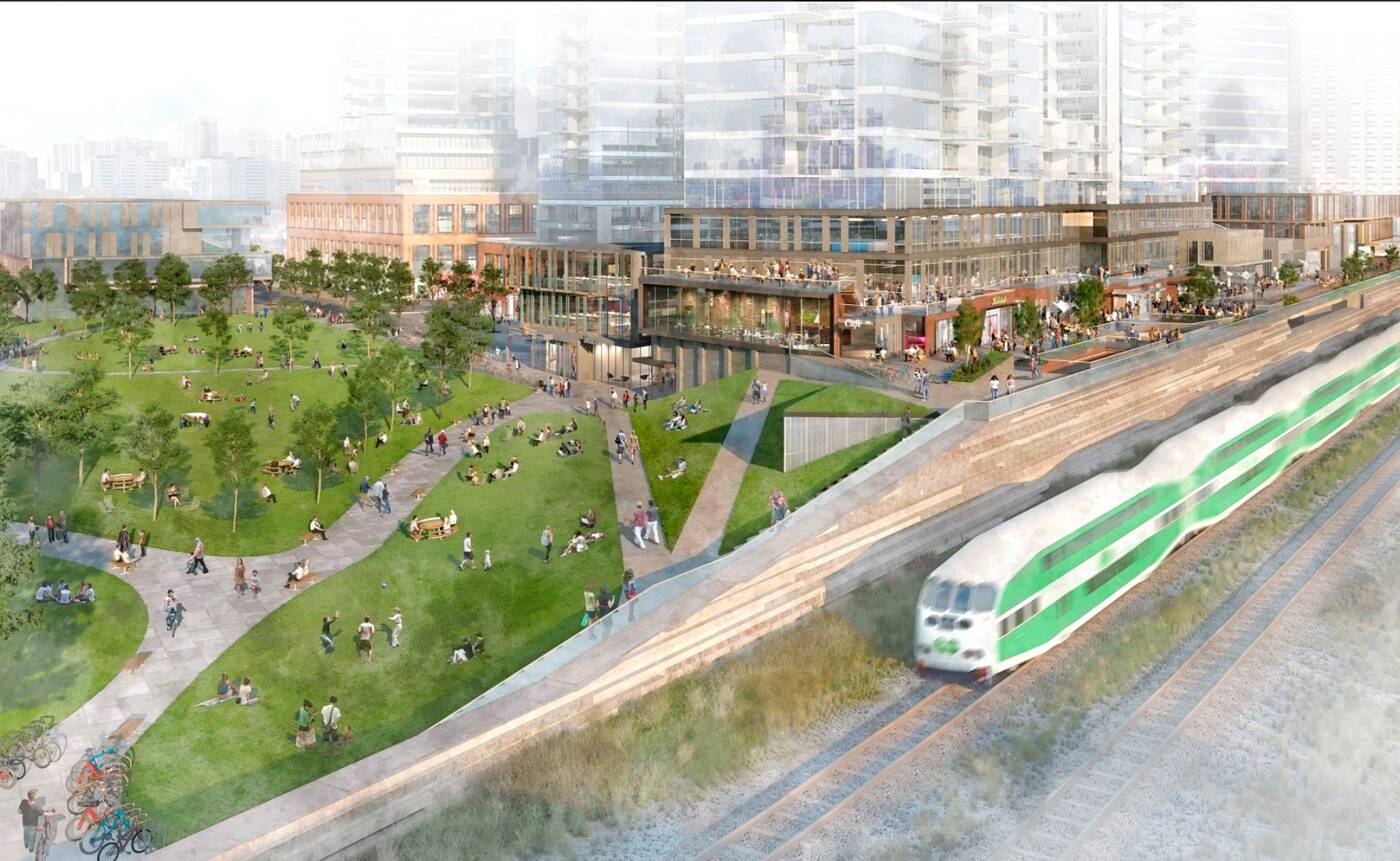 Looking northwest across the site from the GO/UP Express corridor. Image via Choice Properties.

Right now, the plaza's primary tenants are Loblaws, the LCBO, Kal Tire, and Coffee Time, but the ocean of a parking space serves as a reminder that a defunct Zellers also occupies the site. 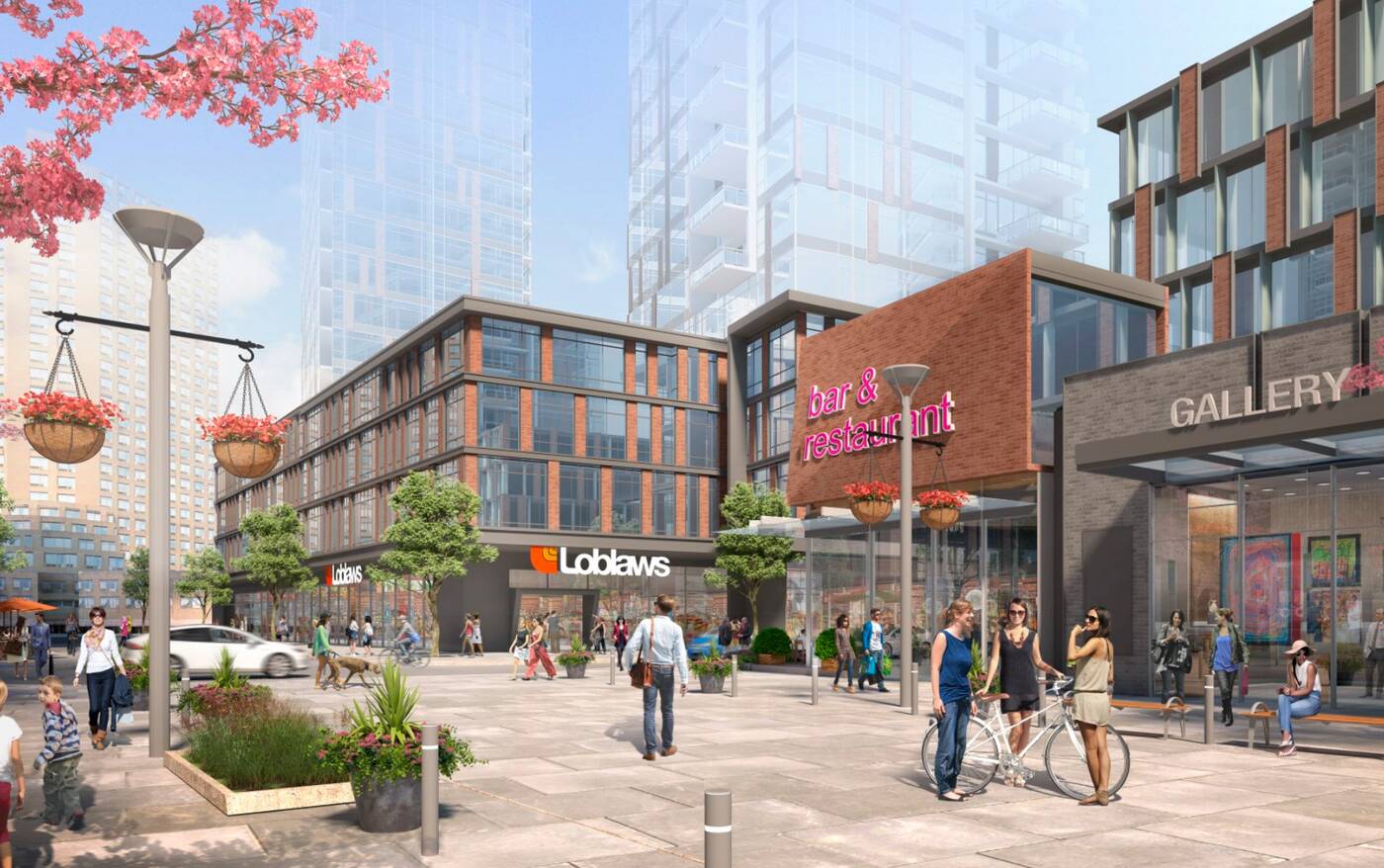 The former department store has been turned into a "Community Idea Centre" where people are encouraged to provide feedback regarding the plans for the site, which the developer has put together in conjunction with Giannone Petricone Architects, Urban Strategies, and Public Work.

It's still early days, but you can tell the desire to focus everyone's attention on the way in which the development will reanimate the area beyond just the residential component, the detail of which has been faded out in these images. 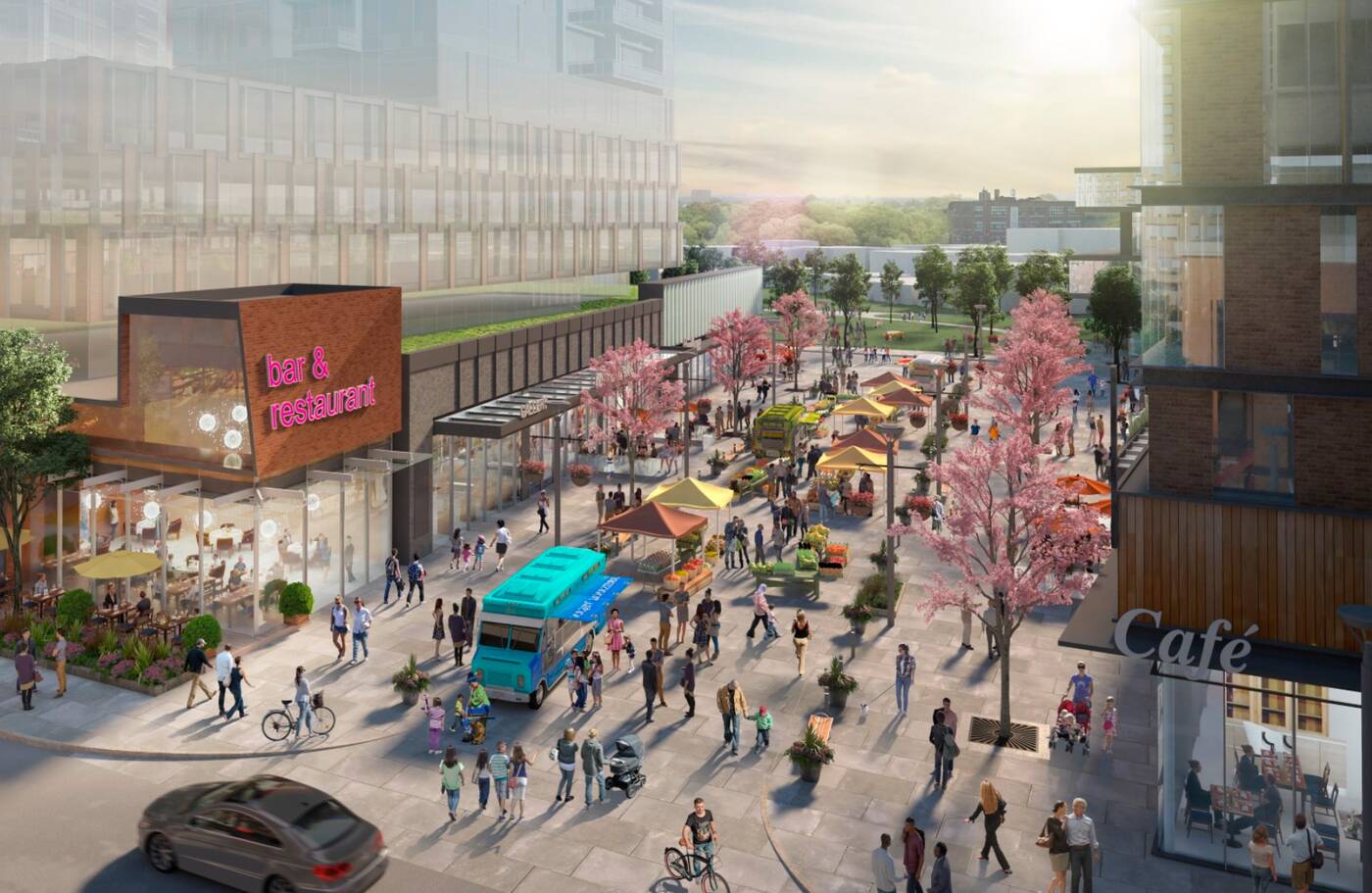 Looking southeast across a possible public square at the site. Image via Choice Properties.

Give the current state of the strip mall, these plans look immediately promising. With the current tenants set way back from Dundas right now, the site is something like an urban black hole when it comes to pedestrians.

While the site attracts plenty of customers to the Loblaws and LCBO, as a whole it's totally under-utilized given its proximity to what is quickly becoming a major transit hub. This is a prime site for increased density and a reimagined relationship with the main streets. 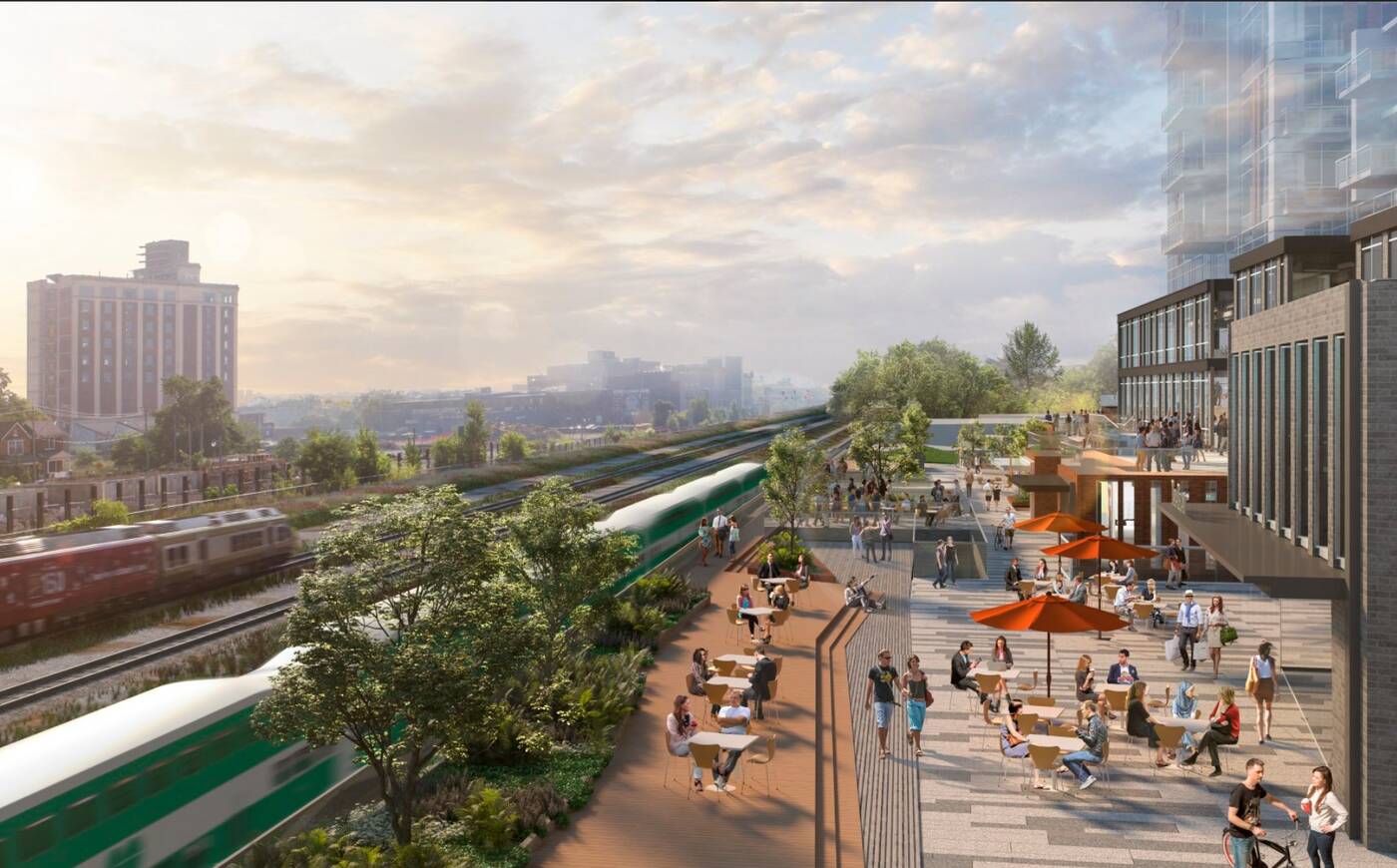 Looking southeast from 2280 Dundas West towards the Junction Triangle and the future home of MOCA. Image via Choice Properties.

There are a lot of moving parts here. Serious consideration is being put into moving the Catholic school at the southeast corner of Bloor and Dundas to the south end of the site so as to cluster the density near the busiest intersection with the site tapering to the south.

Given the transit options here, there's also a desire to offer a significant amount of office space to go along with the retail and residential offerings. Throw in the need for green space, and all of sudden 10 acres doesn't seem quite so big.

There's plenty of community consultation to be done before this one heads to city planning (the Idea Centre is open four days a week), but the first stage looks like it could completely revitalize a chunk of valuable land that's presently being wasted with surface parking.