The site of the former FedEx Lands is going to be home to a huge new condo development.

If the design plans are approved by the city, 215 Lake Shore will be a three-building, 1,148-unit project that will bring even more density to the rapidly growing East Bayfront neighbourhood.

The three buildings will clock in at 14, 39, and 49 storeys, with the tallest of the three standing at about 515 feet. 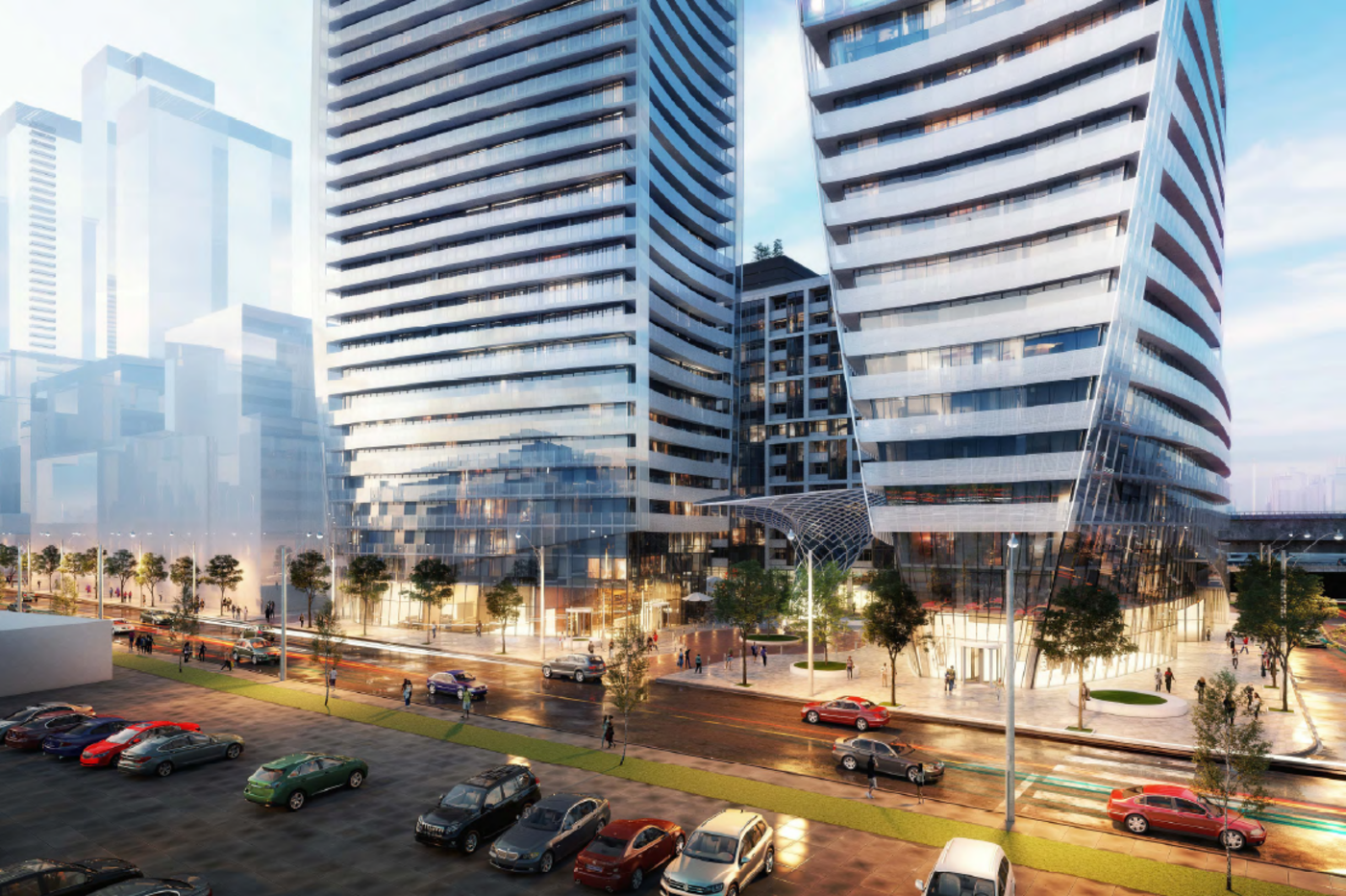 The concept includes plenty of pedestrian and retail space at the ground level. Rendering via Hariri Pontarini Architects / City of Toronto.

According to BuzzBuzzNews, the lot was one of the most expensive condo development sales in the city's history, purchased for over $166 million by developer Greenland Group.

In addition to the residential component, there will be retail and pedestrian zones at ground level, wrapping around the entirety of the buildings. This could prove rather valuable as the area is about to receive a huge influx of new residents.

Given its proximity to the waterfront, the design from Hariri Pontarini Architects is inspired by the shape of a sail. It's not easy to see that from all angles, but once you know, it's an intriguing feature.

What city planners will think of all this density, however, remains to be seen.