There's a major TTC closure on the Yonge Line this weekend

There's another major subway closure this weekend in Toronto, this time on the east side of Line 1 between Bloor and Lawrence stations. TTC staff will undertake track work during the suspension of service. 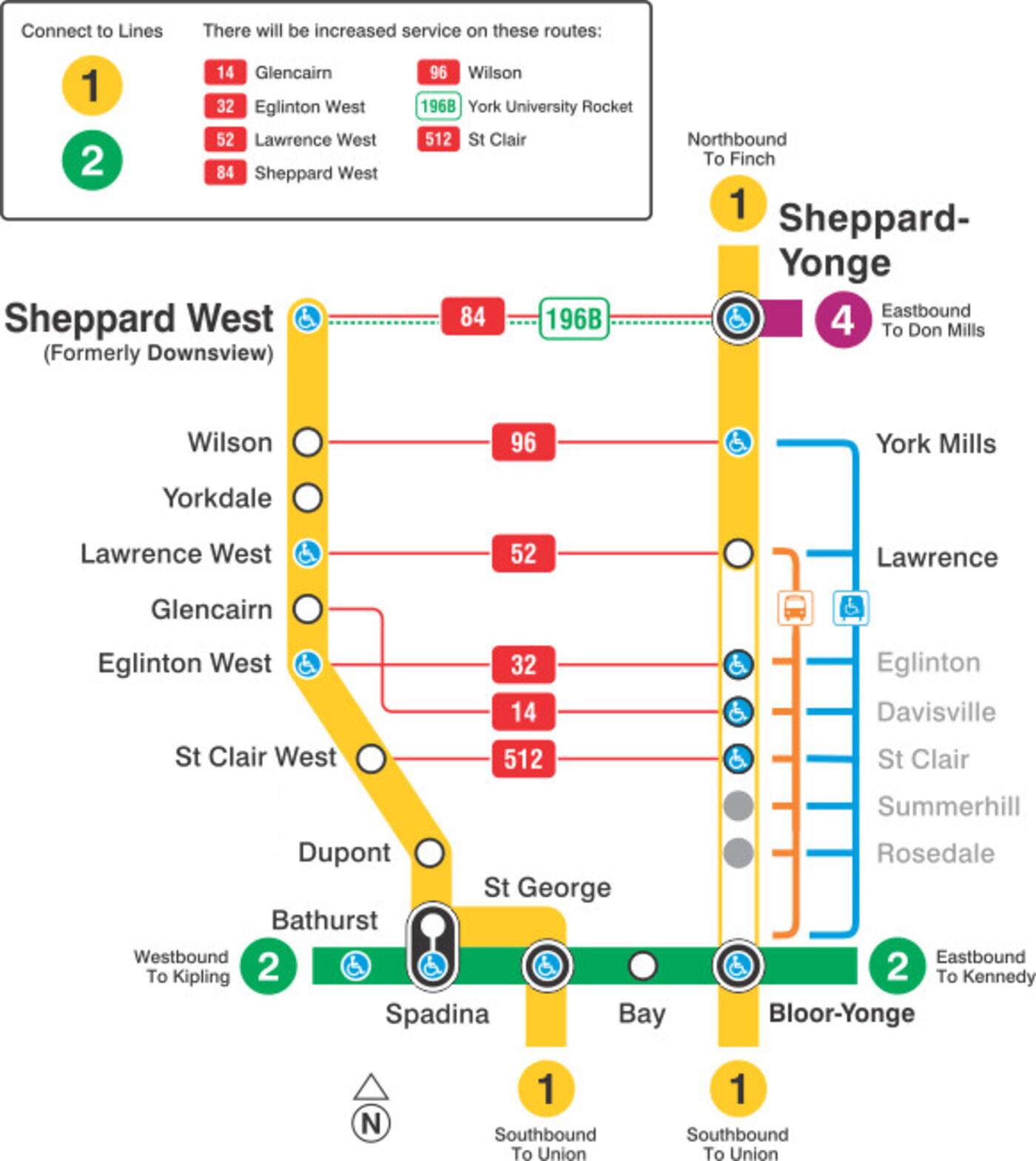 During the subway closure on-street parking on Yonge St. will temporarily be restricted to keep traffic flowing as smoothly as possible. There will also be increased service on east/west routes from the Spadina side of Line 1.

Subway service will resume on Monday morning. The next scheduled closure will eliminate weekend service on Line 2 between Jane and Ossington stations on July 15 and 16.