A huge plume of black smoke rose over Toronto this afternoon as firefighters raced to the Dundas and Ossington area to get the fire under control.

The fire apparently spread to four houses on Argyle Street. The houses were all evacuated and no major injuries have been reported thus far.

Fire: Argyle St (Ossington/Dundas).. fire has spread to 4 homes so far. Homes are being evacuated. No injs at this point. #GO1203129 ^adc

Images of the fire and the pillar of smoke appeared on social media around rush hour today, showing a dramatic scene on the west side of the city.

The entire area surrounding the fire smells heavily of burning wood and the air is filled with fine debris and water droplets from fire hoses.

Many who live on the street were gathered amidst the crowd watching in horror as the smoke grew thicker. Firefighters on scene reported at least one significant explosion as they tried to control the blaze. 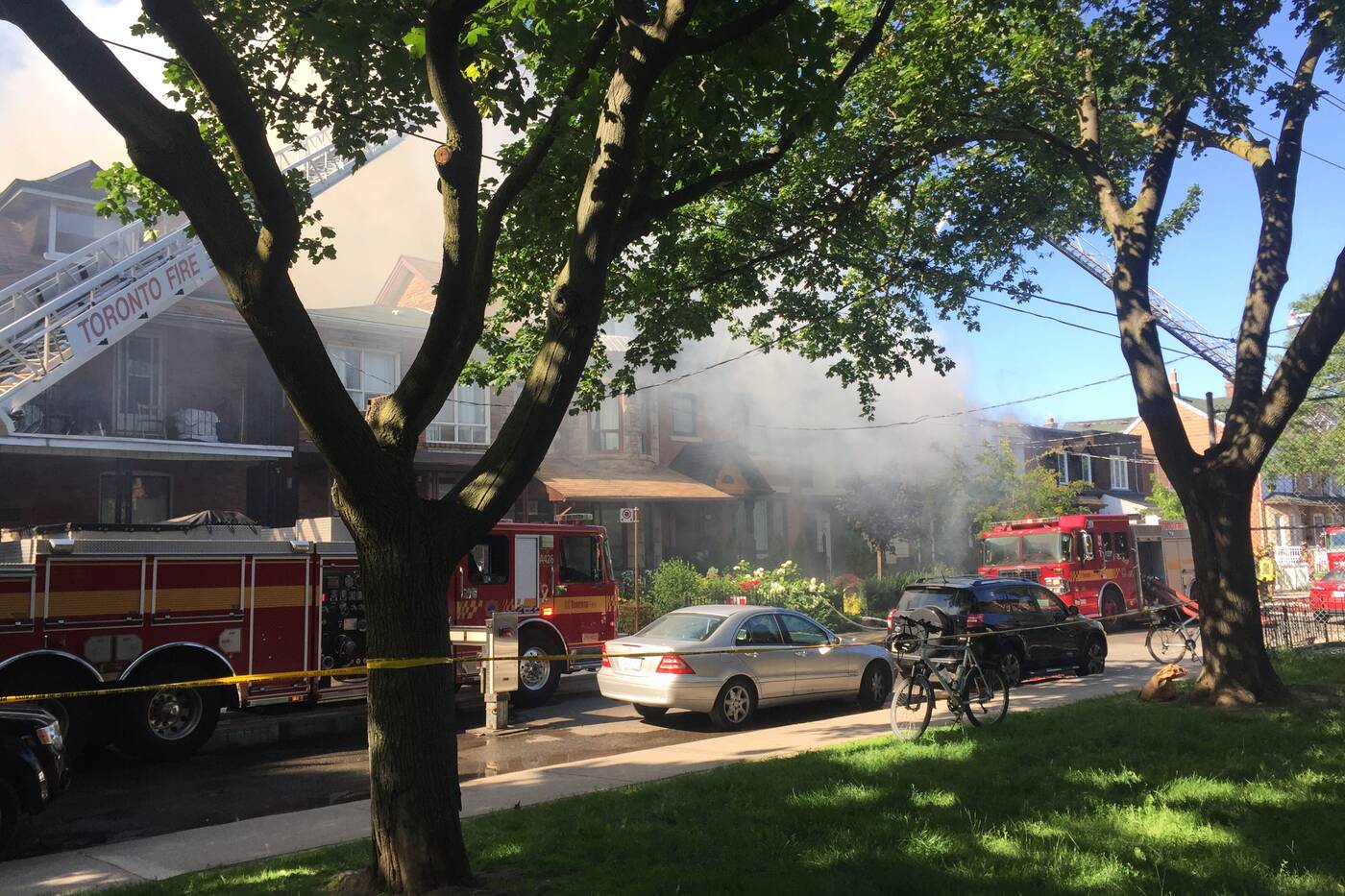 Police continually moved onlookers further from the scene as it spread to additional houses. Meanwhile, considerable gusts of wind drew the acrid smoke as far north as Bloor St. 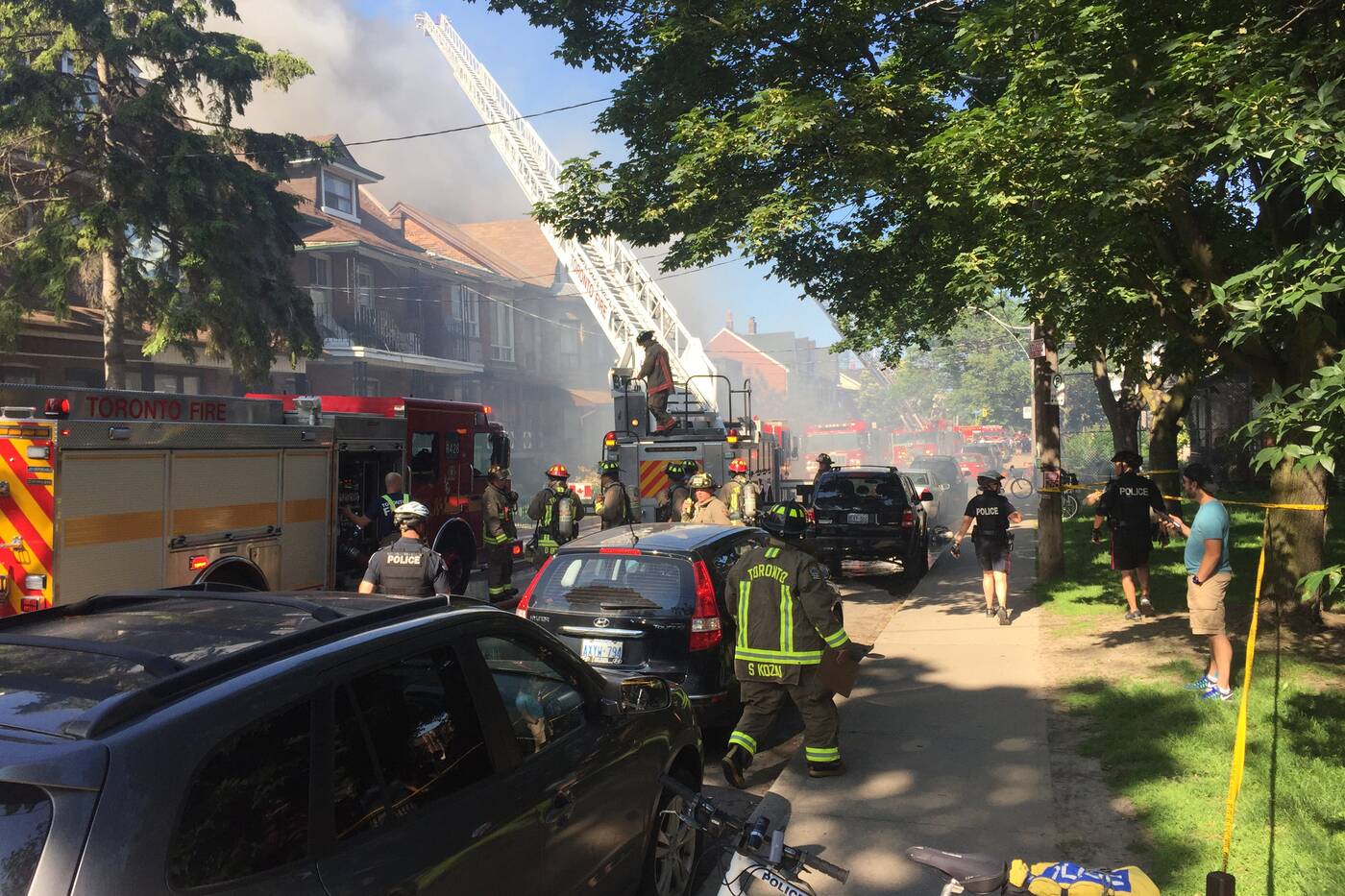 The fire is currently categorized as a three alarm blaze, and wide swath around Argyle, Dovercourt, and Ossington streets is closed off to traffic. 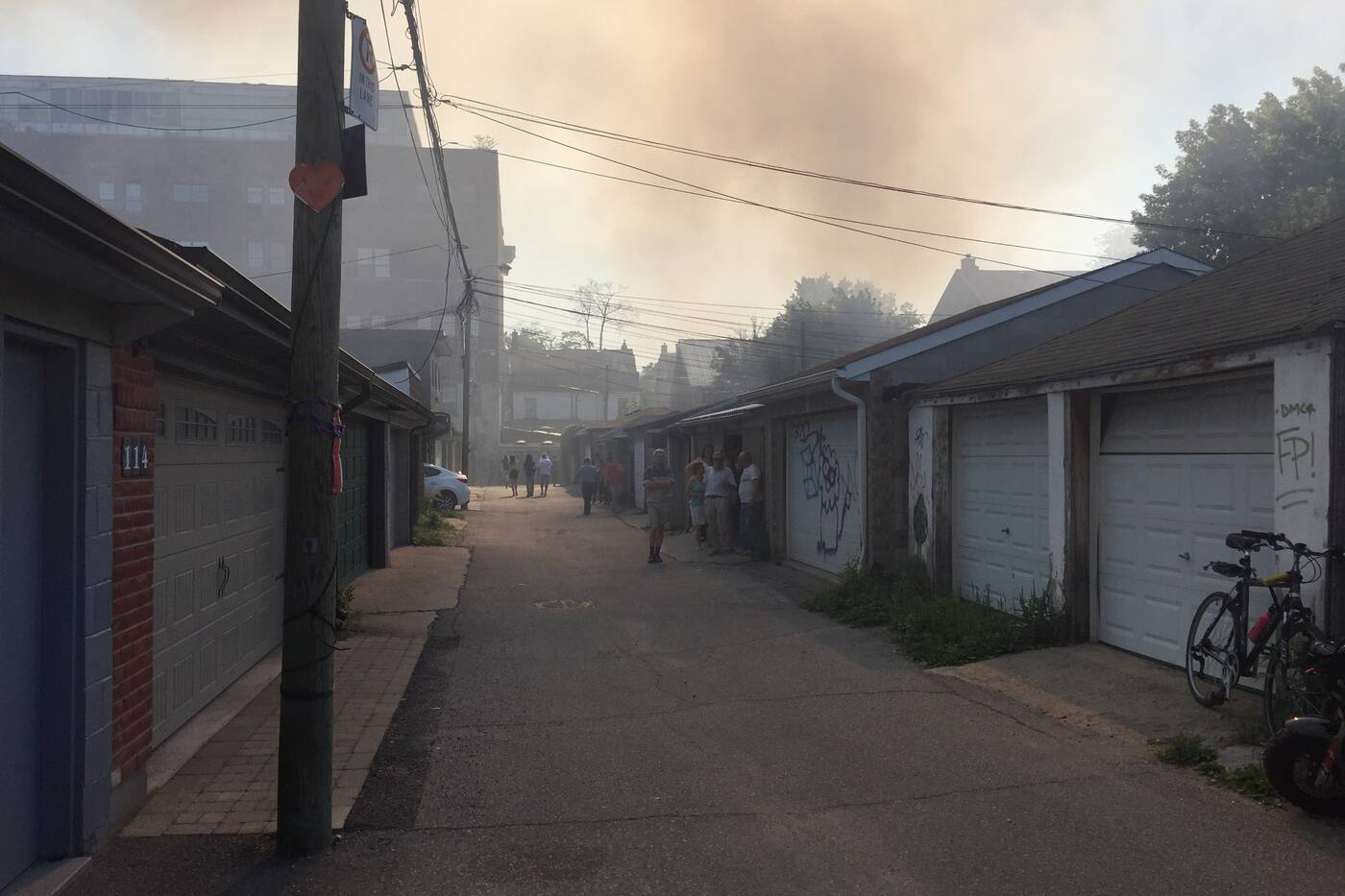