Another historic Toronto building will become a Rexall

Toronto's drugstore takeover continues as another historic building is poised to become a Rexall.

According to Metro News, the first floor of the building at the northeast corner of Dundas and Spadina will become another outpost for the expanding drugstore brand. An opening date has yet to be announced. 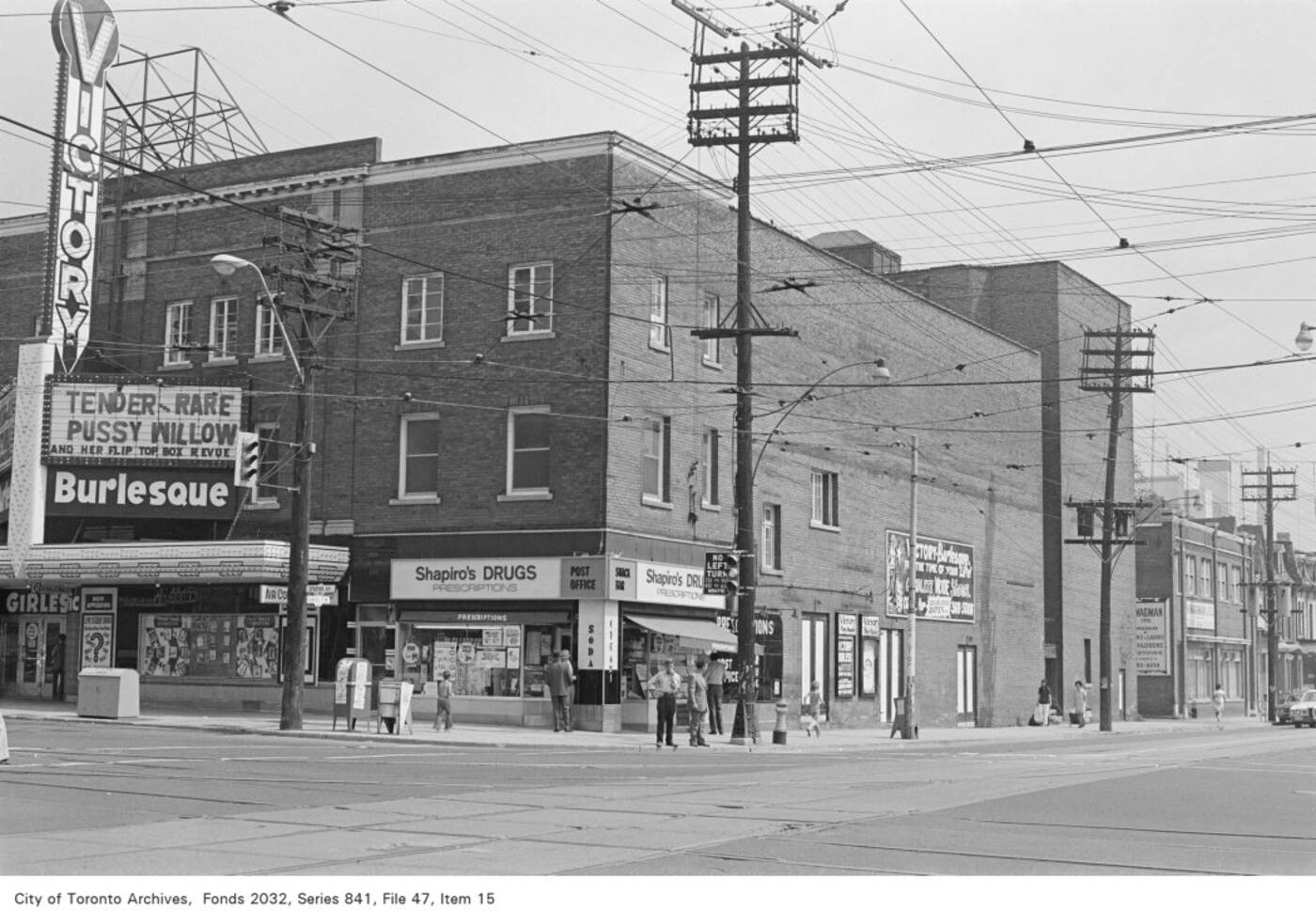 Victory Burlesque in the 1970s. Photo via the Toronto Archives.

The building was the first purpose-built Yiddish playhouse in Canada. The Standard Theatre, as it was known, later became a movie theatre and a scandalous burlesque theatre before it was used as a cinema once again.

More recently, it was an RBC bank, so Rexall won't be its first big-name tenant. 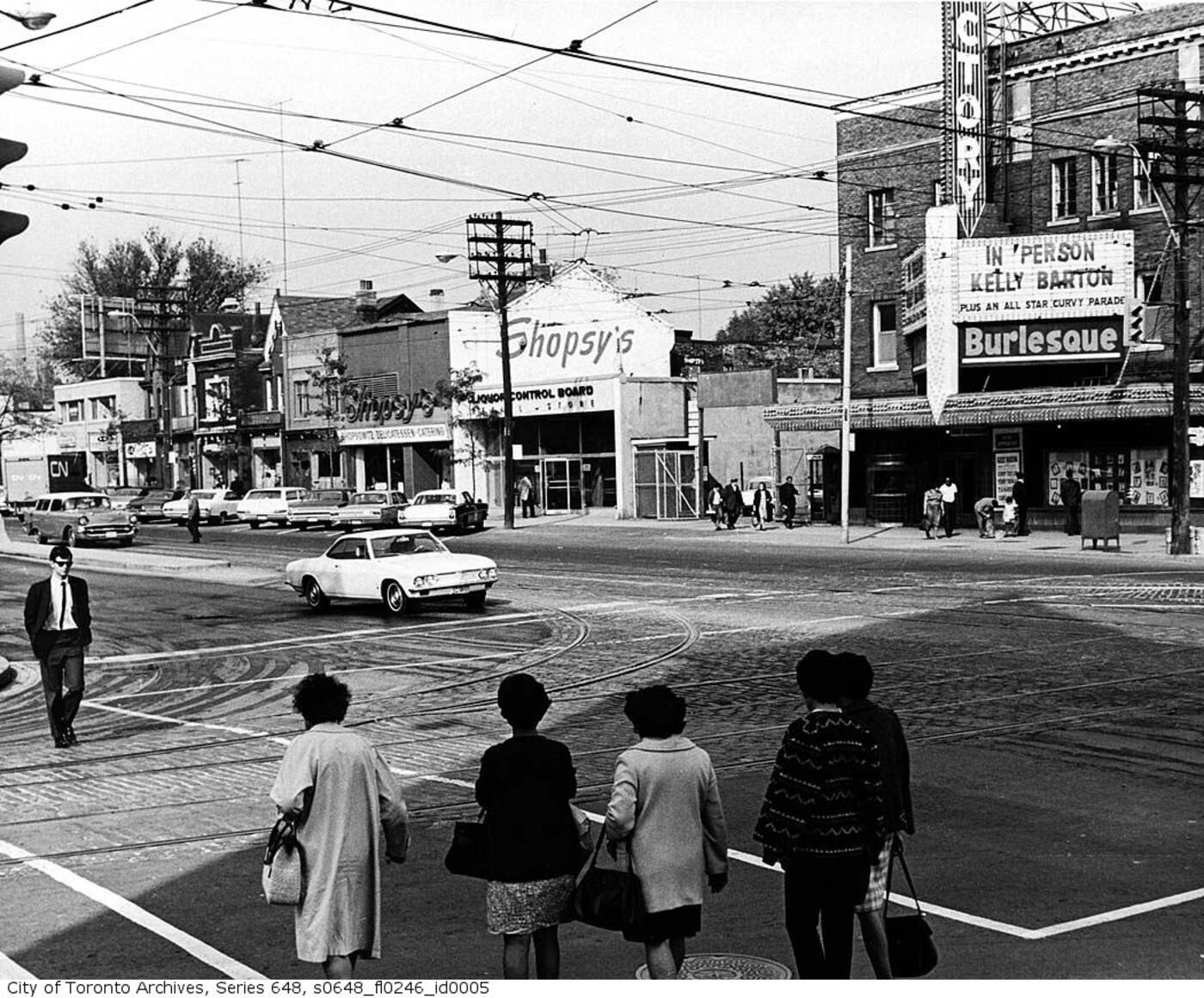 Victory Burlesque in 1968. Photo via the Toronto Archives.

Rexall, of course, took over the long-standing Brunswick House in the Annex and actually paid homage to the bar's history by integrating heritage elements throughout the space.

The now-shuttered Hard Rock Cafe by Yonge-Dundas Square, which also had a long, musical past, will become a Shoppers Drug Mart —because if there's one thing we can soon count on in Toronto, is that we'll never be far from a drugstore.