Toronto ranked one of the best LGBTQ cities in the world

Toronto has been ranked one of the best LGBTQ cities in the world according to a new report from the apartment listing website Nest.

"For a city to rank strongly as an LGBT destination, we determined that it must have a vibrant gay dating scene, a lively alternative nightlife, open minded citizens, and low levels of hate crime," reads a note on the Nest site.

"We also took into account the national laws affecting lesbian, gay, bisexual and transgender people, such as the right to get married or adopt children." 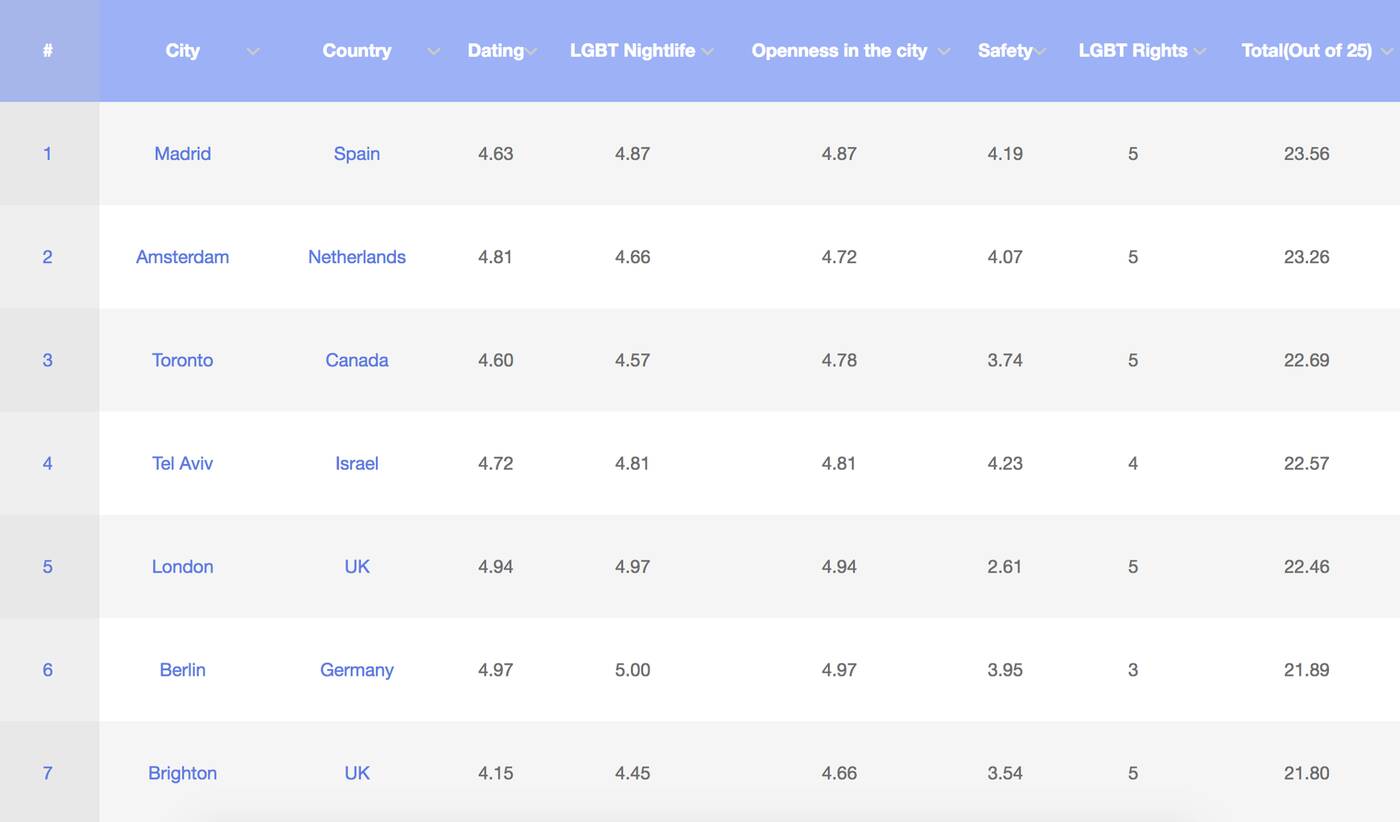 Cities got a score out of five on each of the five factors (dating, LGBT nightlife, openness, safety and LGBT right), which were added together for a total score out of 25.

Out of 100 cities, Toronto ranked third, below Madrid and Amsterdam, respectively. We're the only Canadian city to make the top 10. Montreal came in at number 12, while Vancouver was 17th.

According to Nest, the margin of error in the polls for each city is plus or minus four and half percentage points.