You either love or hate the University of Toronto's Robarts Library, the huge Brutalist structure at the corner of St. George and Harbord streets.

The building has been earmarked for expansion for a number of years now, with a five-storey addition by Diamond and Schmitt Architects announced back in 2015. Construction was supposed to start last year, but as Urban Toronto reports, it'll finally begin this summer. 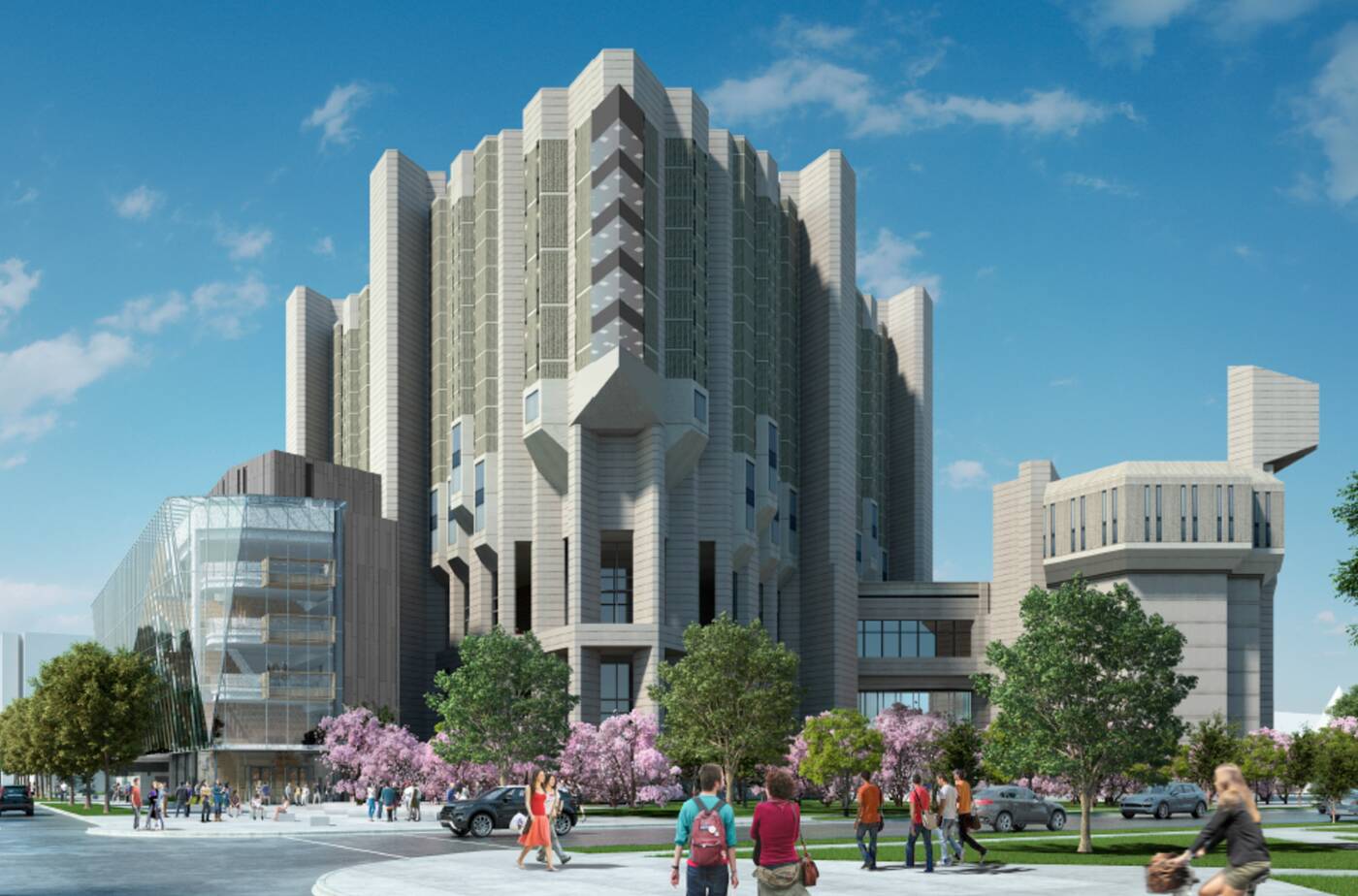 Looking at Robarts from the south west. Photo by Diamond and Schmitt Architects.

Called Robarts Common, the new part of the building will include 1,200 new work and study spaces as well as a cafe and outdoor public space.