This is the most expensive condo in Toronto right now

If you've ever wondered what pure luxury looks like in Toronto, the recently listed $36 million west penthouse at the Four Seasons will give you a glimpse. This palace in the sky is outfitted with every amenity and feature you could imagine. 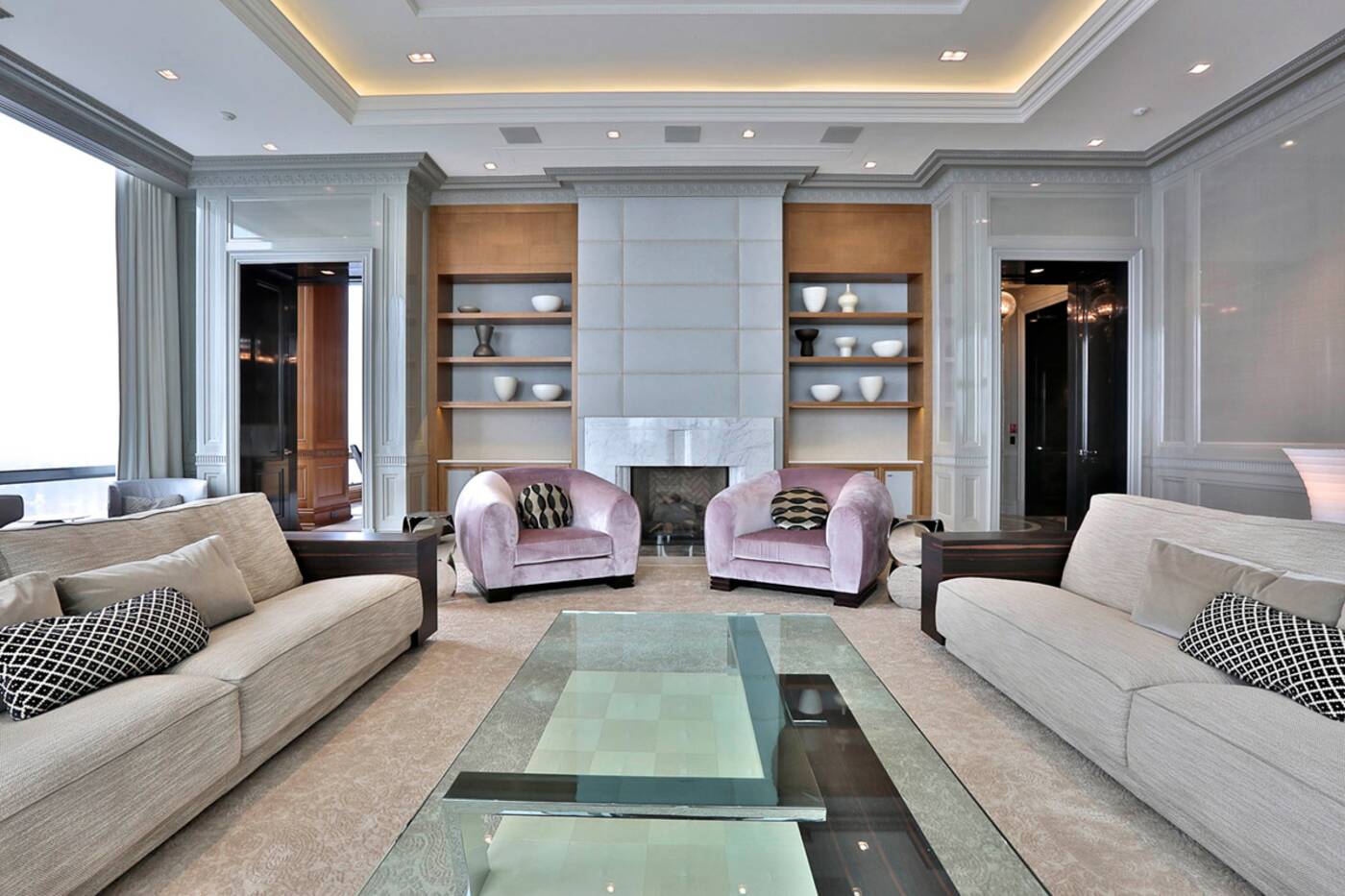 The condo is up for sale as the result of the high profile divorce between Sarah Pursglove and Robert Oesterlund, who acquired the unbuilt space for $28 million back in 2011. 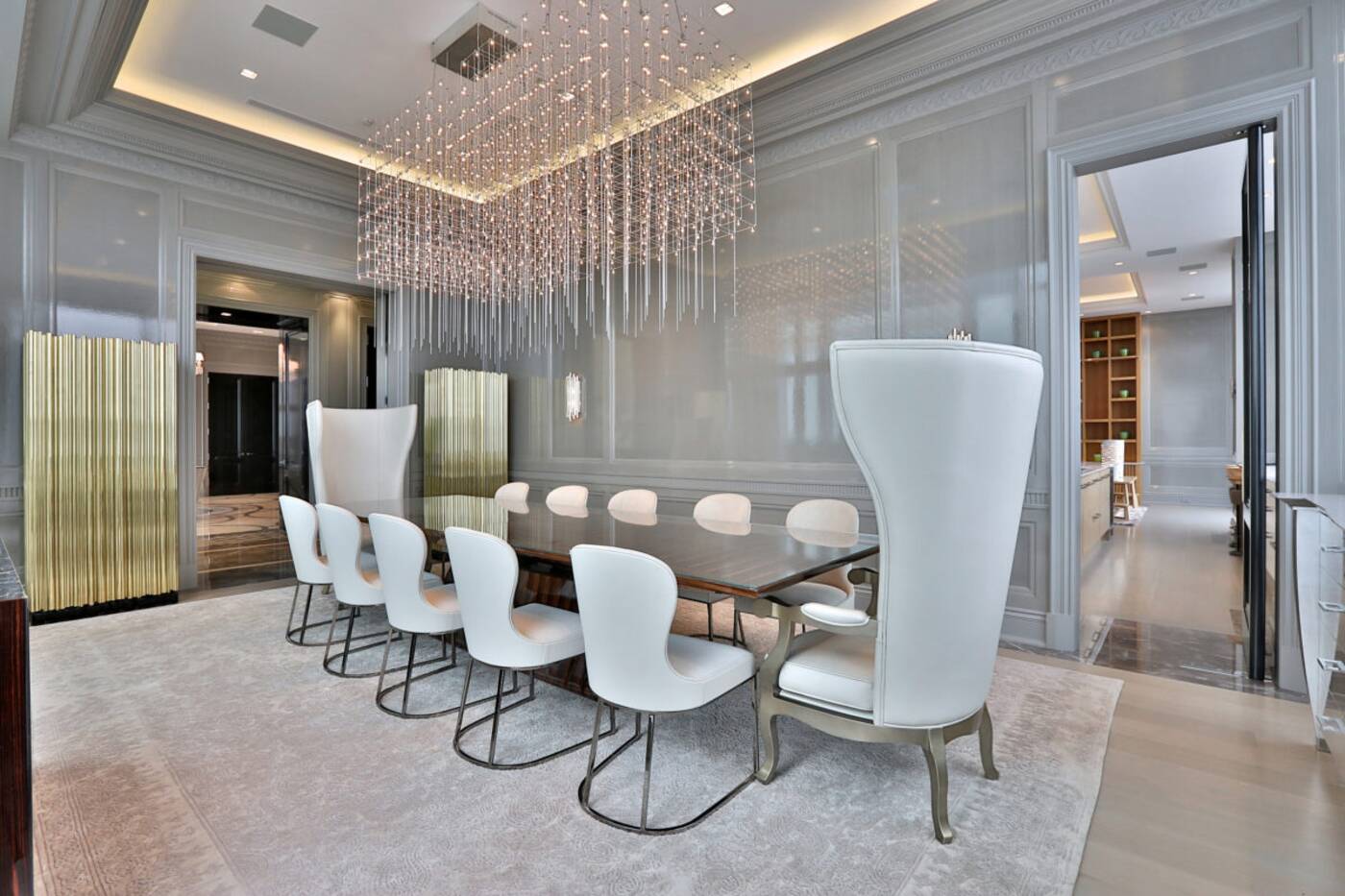 Though the buyers weren't known at the time, it was widely reported as the most expensive condo in the country. It's only increased in value since completion, and is likely to set another record when it closes. 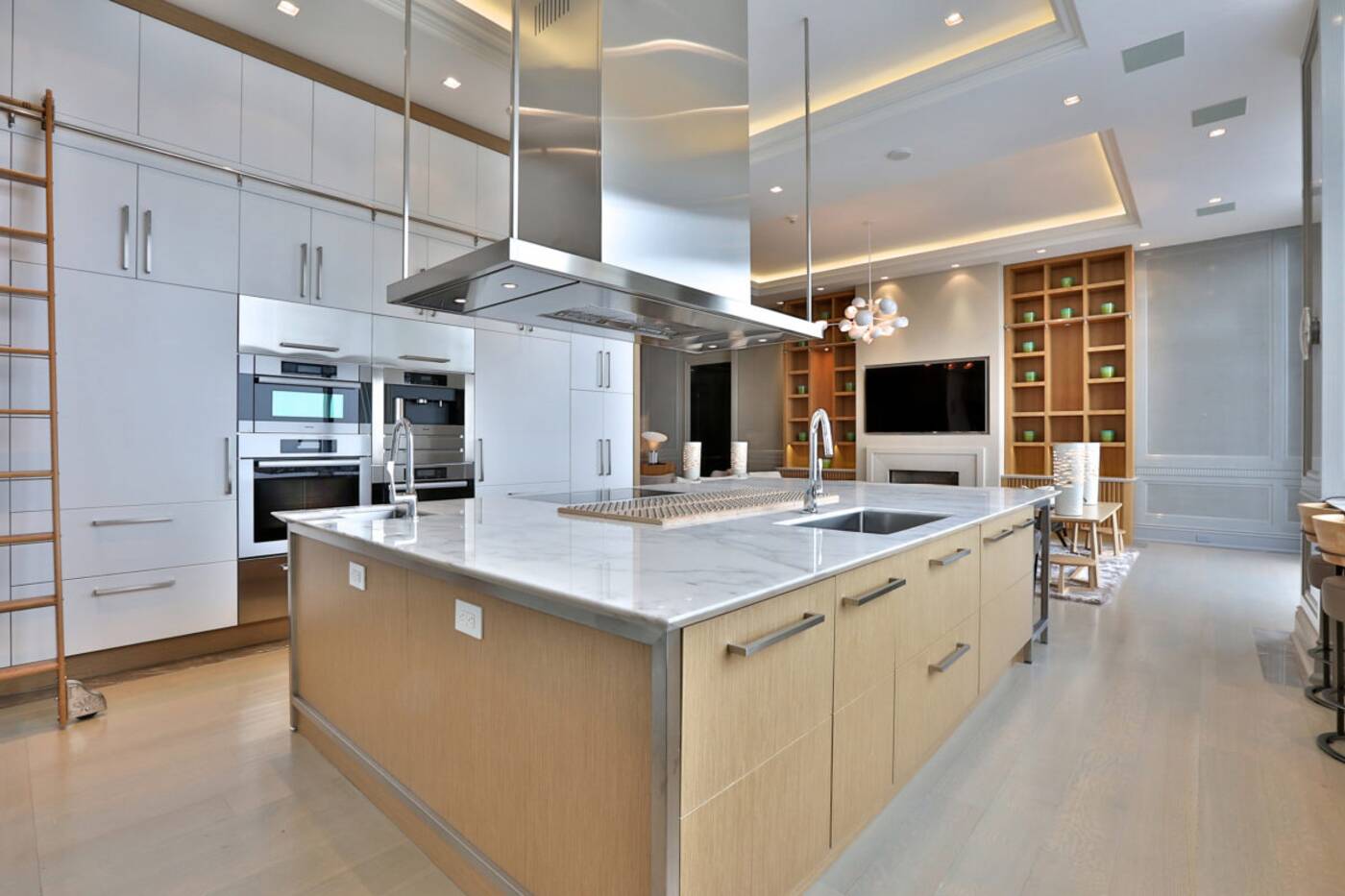 You could spend a while listing off all the opulent features here, so let's just consider the ones that really standout. 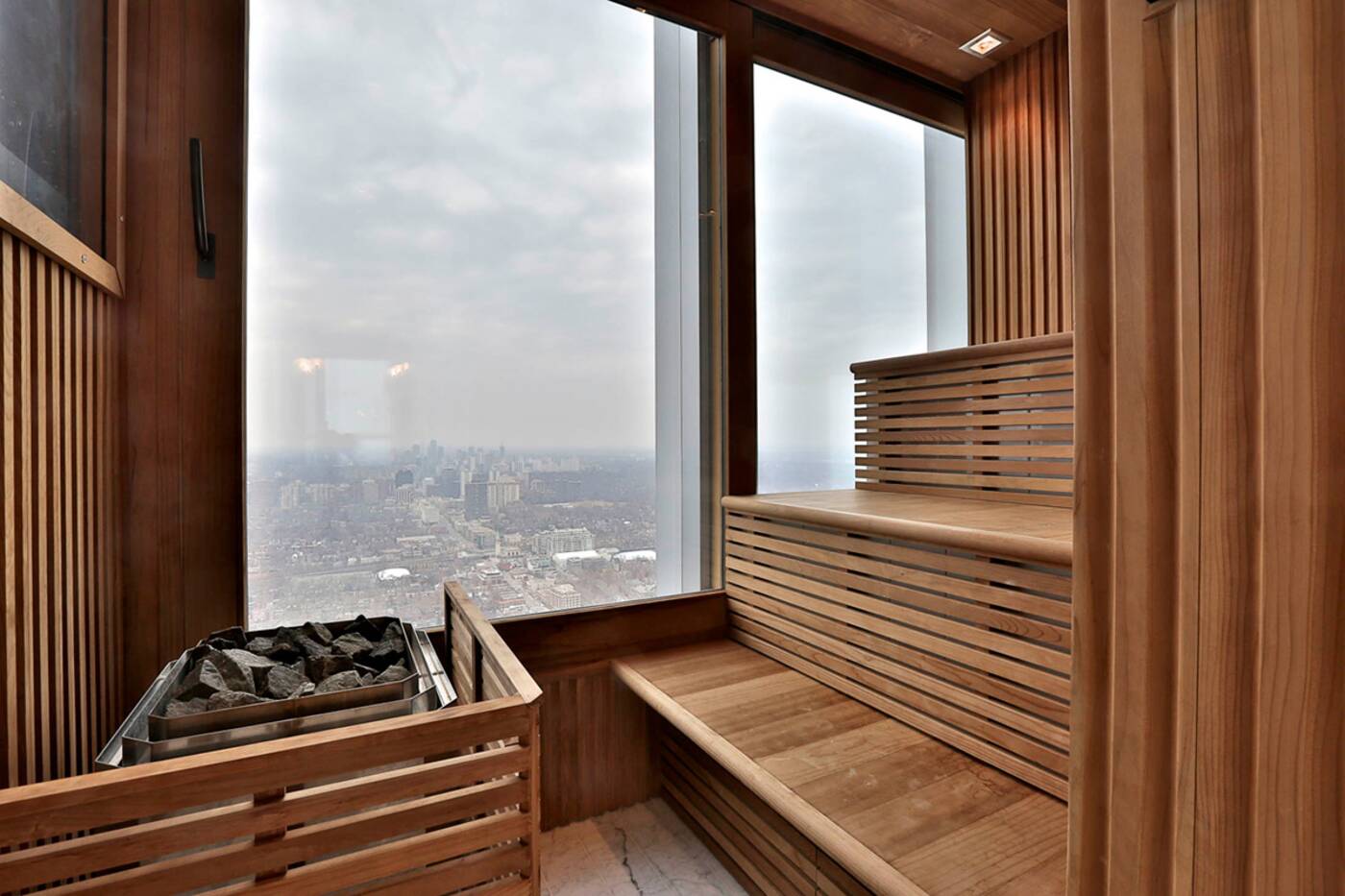 First off, the penthouse takes up the entire top floor of the 55 storey tower, so the views of the city are virtually unparalleled. There are four balconies to soak up the skyline, but it's the in-suite sauna that takes the cake. 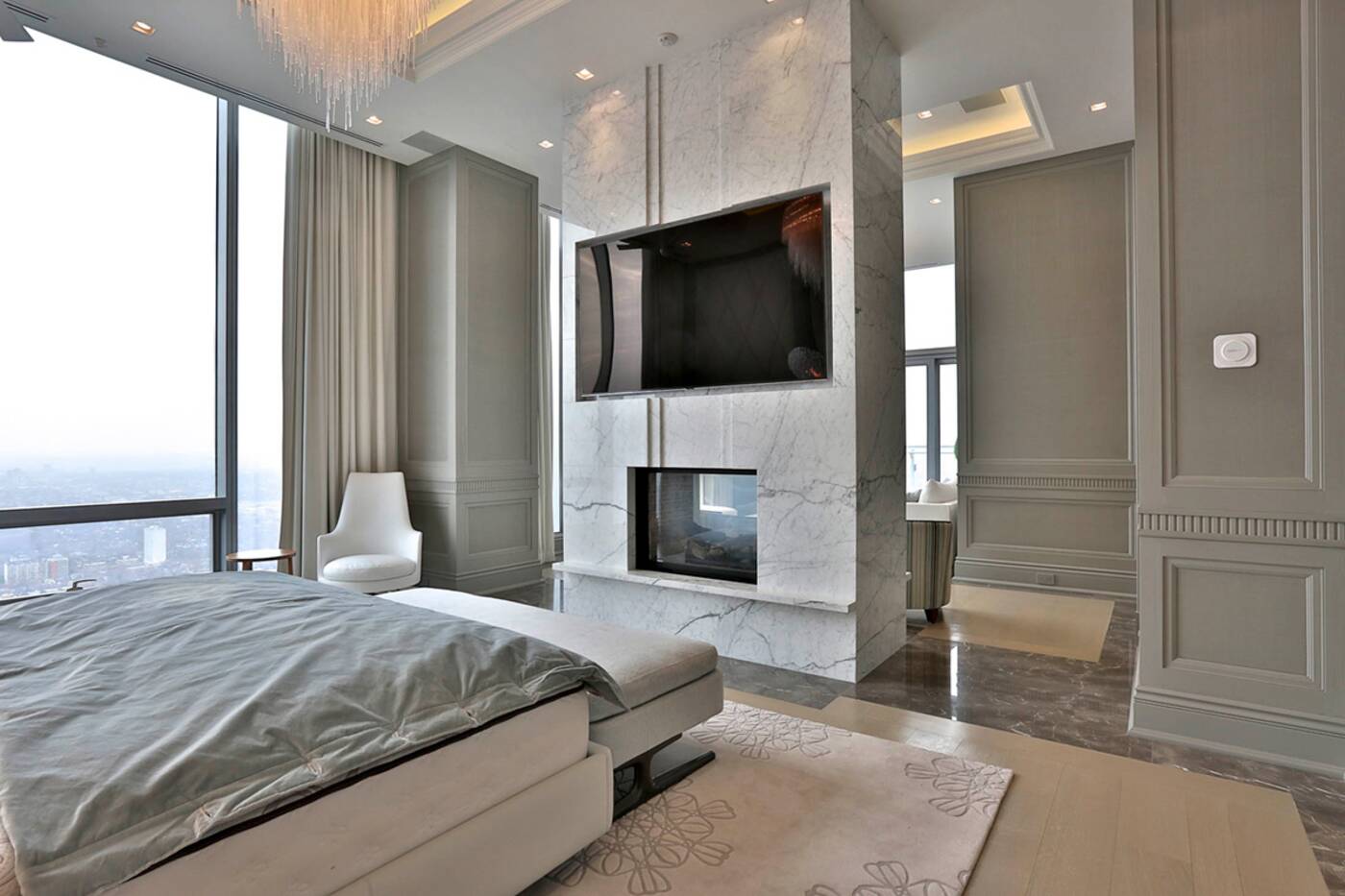 The master bedroom has his and hers en-suites, plus two enormous walk-in closets. 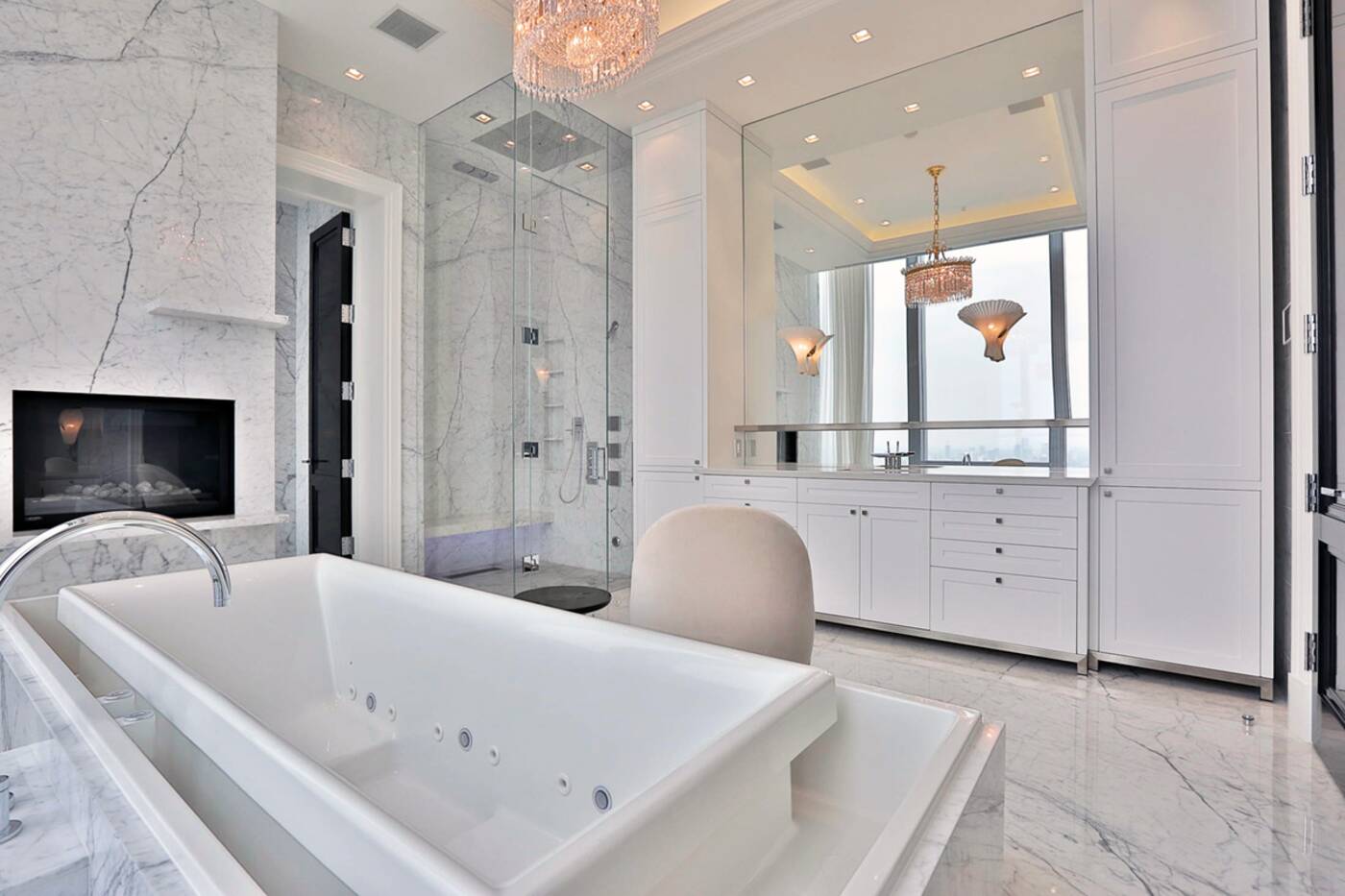 There are also multiple living rooms and dining spaces, a gorgeous wood library, and a home automation system that Pursglove told Bloomberg is worth $1 million. 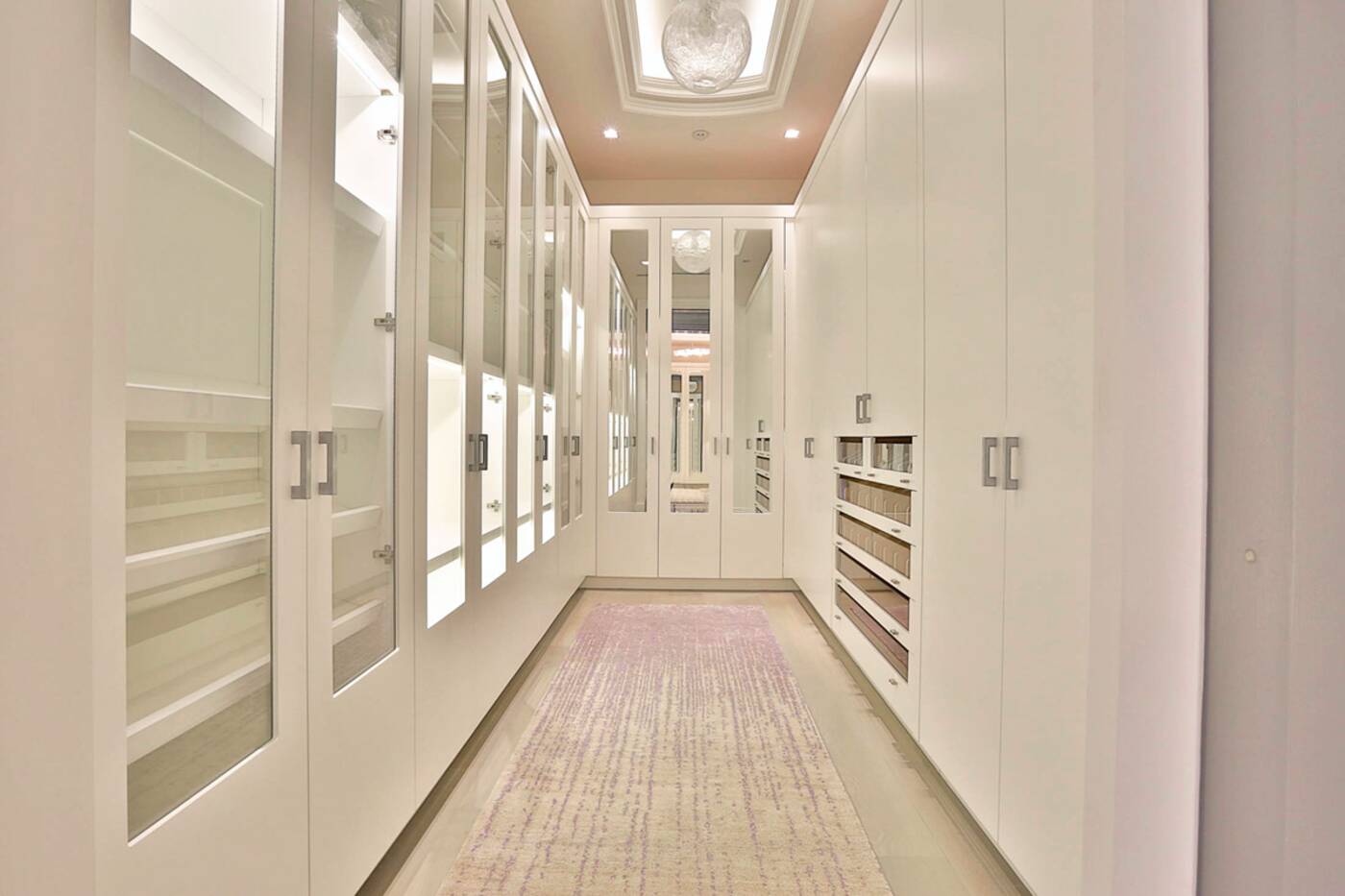 Alas, this space seems to underscore the old adage that money can't buy you happiness. Pursglove and Oesterlund never took residence in the space before separating and then went to battle over who would keep the condo. 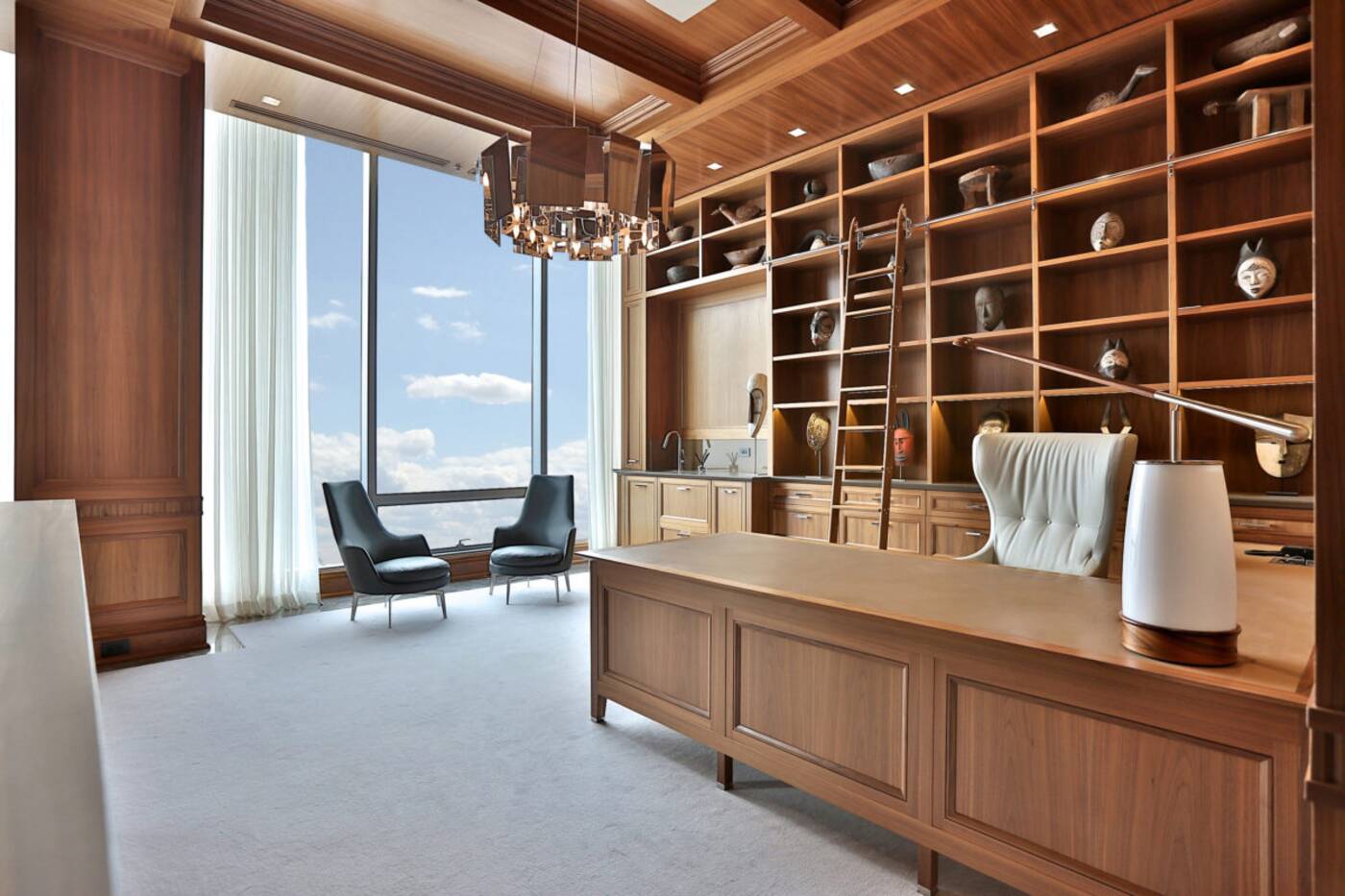 In the end, Pursglove became the sole owner, but only to sell it off to someone else.