There's quite a spectacle taking place near Queen and Bay streets right now. Sitting on James Street, just east of Old City Hall, is a 95-tonne steel platform that will ultimately form the base of the new Eaton Centre sky bridge designed by WilkisonEyre Architects and Zeidler Partnership Architects.

The structural box girder, as it's technically called, made the trip from Hamilton to Toronto on May 10, and now it will remain here over the course of the summer as construction crews assemble the structure as close as possible to its final destination. 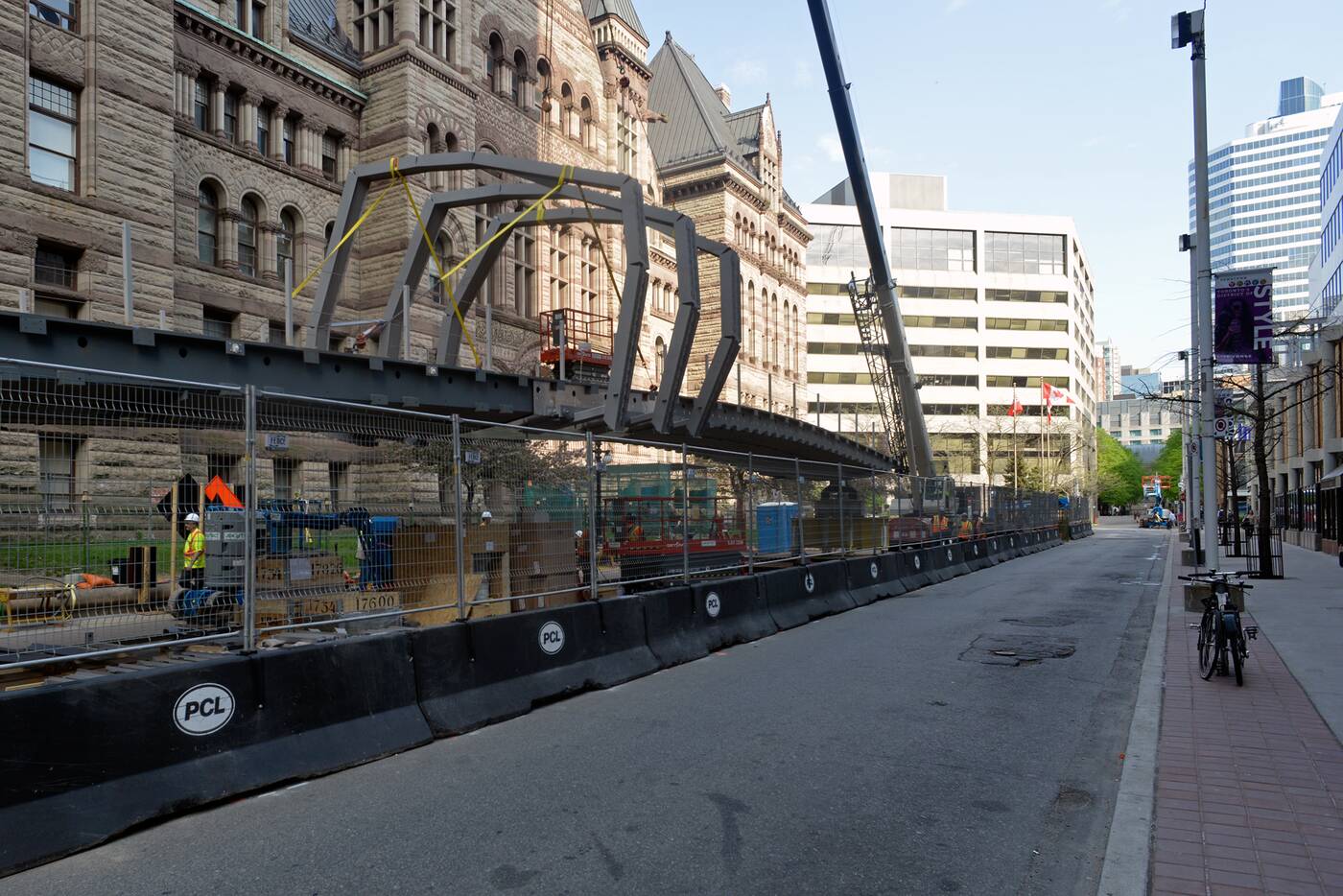 Put more succinctly, the potential for a traffic nightmare had the bridge been constructed using a "traditional stick build method" was just too high. This isn't just a vital transit corridor, it's also a busy pedestrian area.

Building a glass and steel bridge that will span 120 feet takes a long time, so the far quieter James Street was a much less disruptive option. The added bonus is that those passing by can check in on the construction progress as the structure comes together. 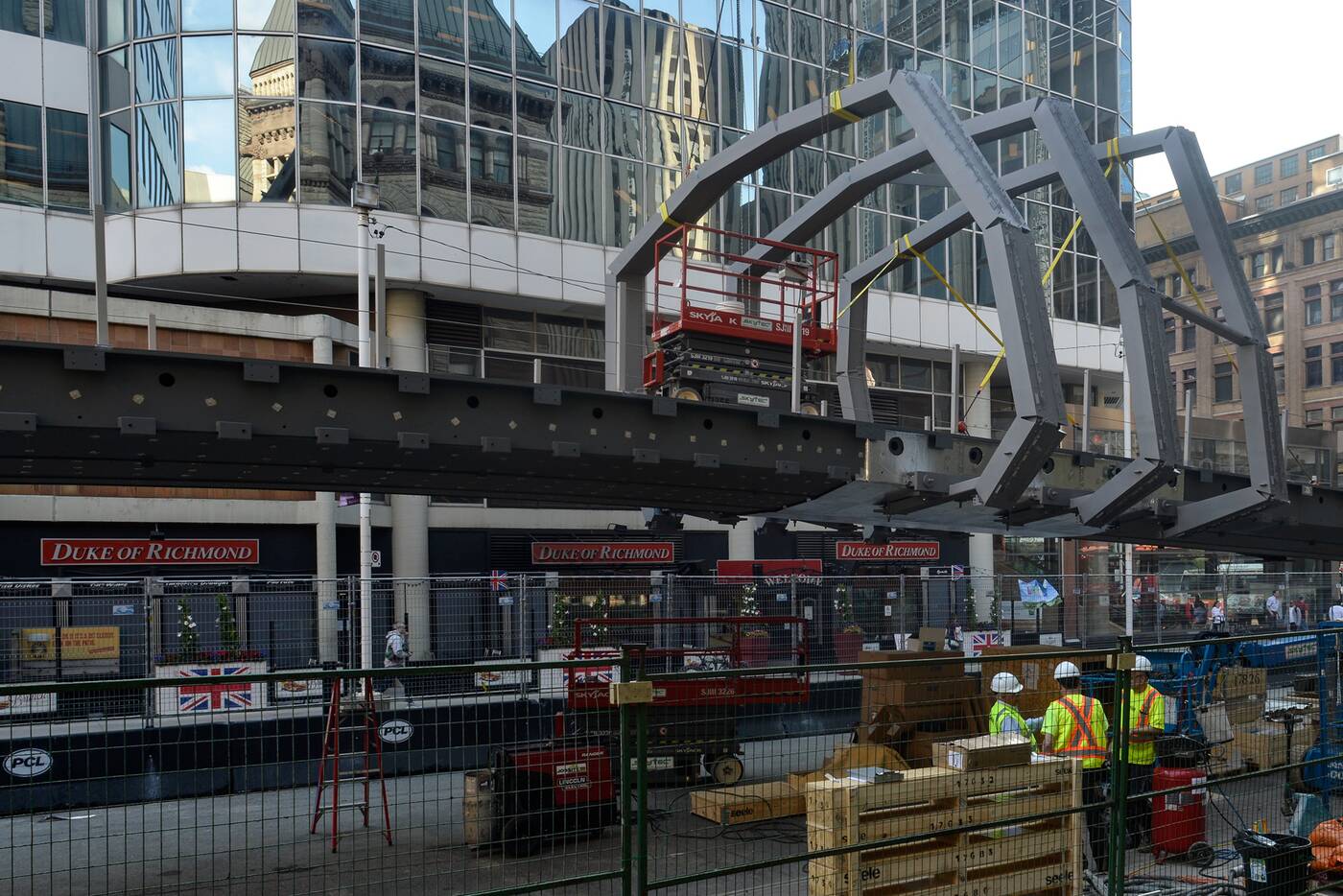 Once the bridge has been constructed, contractor PCL will move it from James Street using what Barwise calls "a self-propelled modular transport (SPMT) vehicle," which will lift into into place. Crews will do the finishing touches and it'll open to the public sometime this fall.

You can check out the steel skeleton the next time you pass by Old City Hall.