TTC says subway delays are down 18% so far this year

It might be hard to believe after today's chaotic morning commute, but according to the TTC, we're spending less time on delayed subway trains.

At the TTC's monthly board meeting yesterday, the transit agency revealed that the number of incidents causing subway delays (on all four lines) was down nearly 18 percent in the first three months of this year compared to the same time period in 2014. 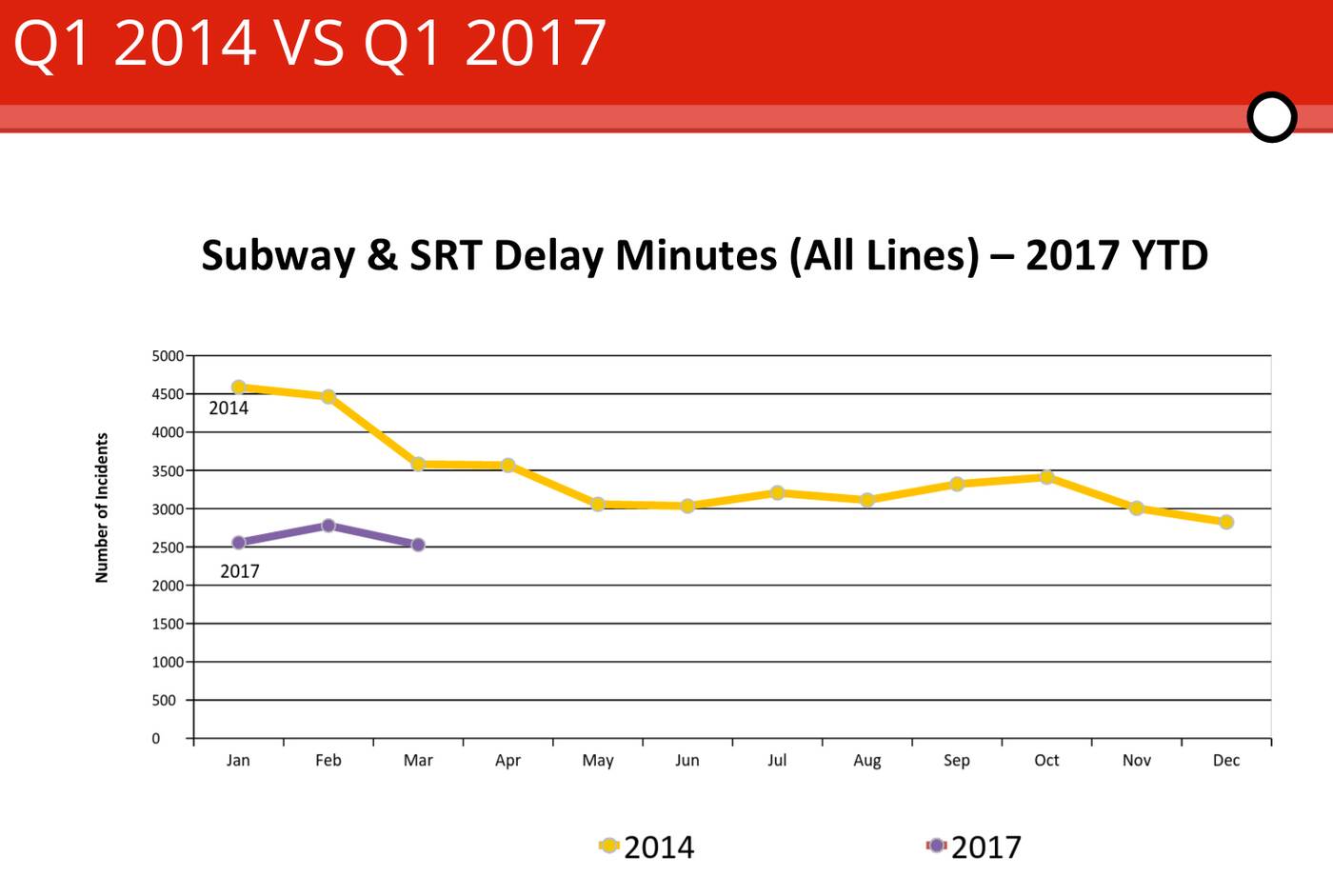