The colourful and wildly popular Toronto sign at Nathan Phillips Square has just received a major addition for 2017. In honour of Canada's 150th birthday, a shiny red maple leaf has been tacked on to the iconic marker giving it a dose of patriotism for the various "TO Canada with Love" celebrations that are scheduled to take place throughout the year. 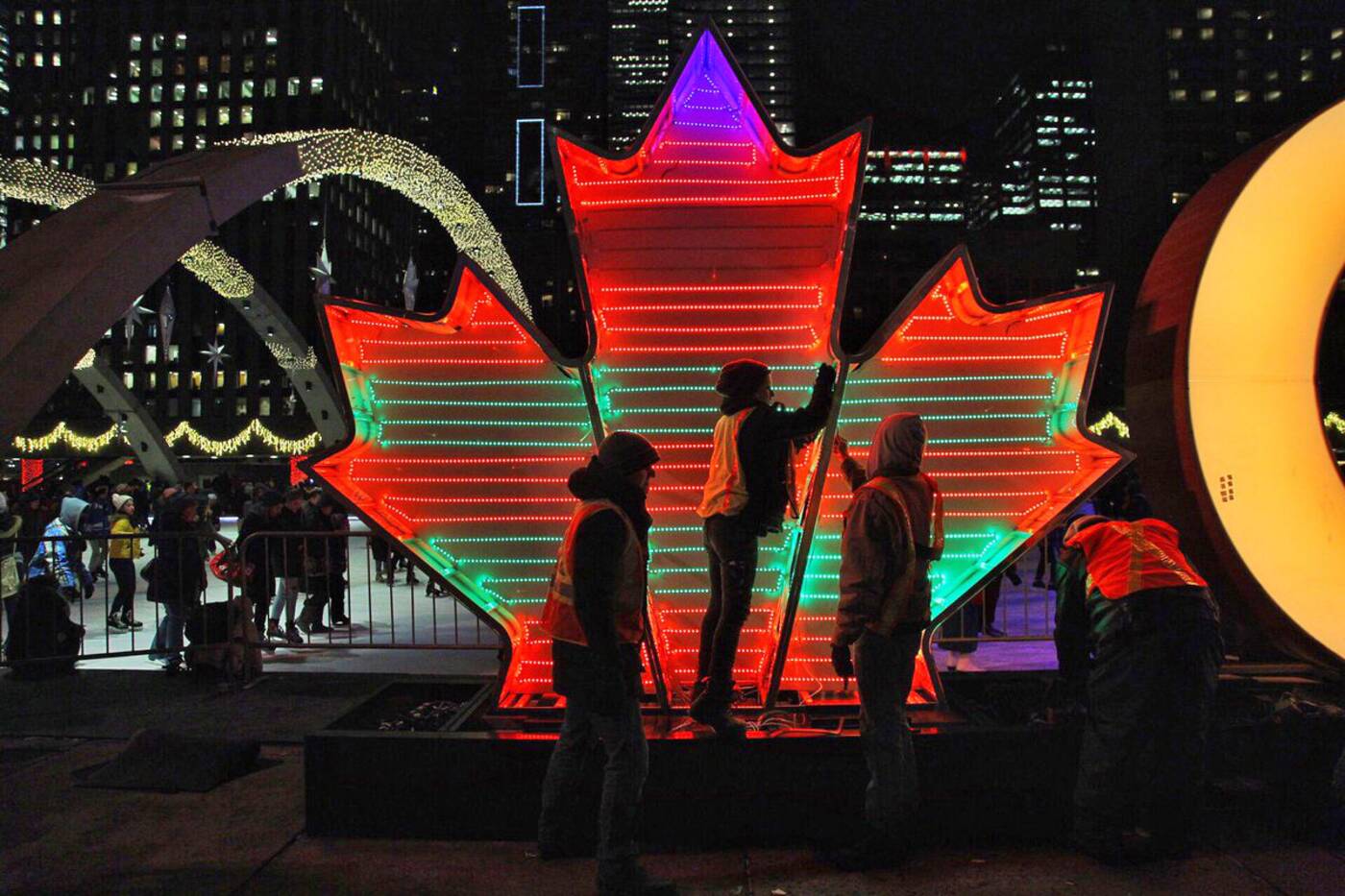 The new addition is actually a bit fancier than the existing letters, with a layering of coloured LED lights that allow it to take different forms. It actually went up just in time for the New Year's party at City Hall, but not everyone got to see it because the square was so packed.

The plan is to keep it up for the duration of 2017, but one wonders if it will prove so popular that it remains a permanent fixture. You'll remember that the Toronto sign itself was supposed to be a temporary installation for the Pan Am Games, but was retained due to how quickly it became a fixture in the public consciousness. 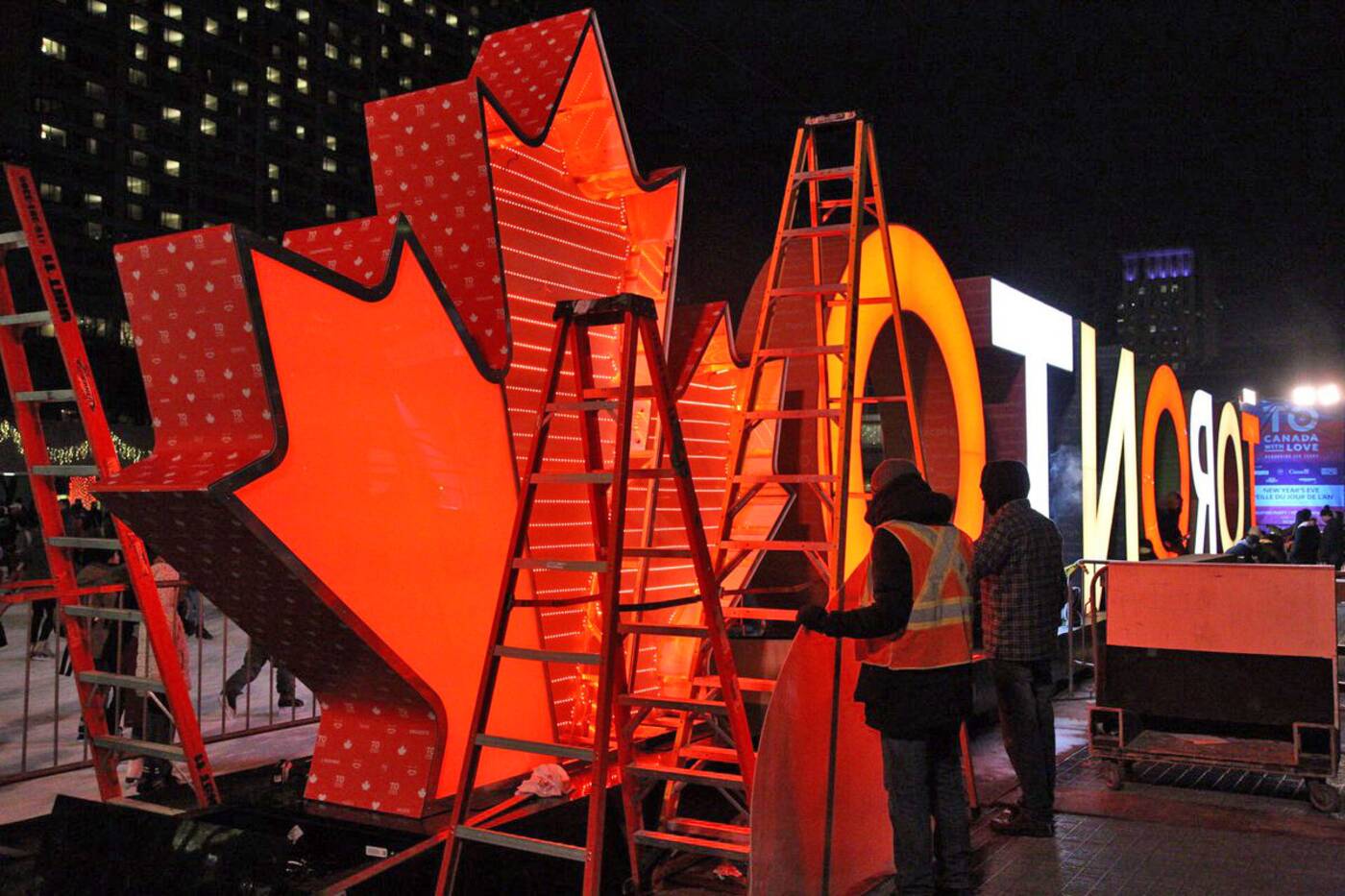 It's hard to imagine a more Canadian scene than skaters twirling around the rink at Nathan Phillips Square as falling snow is illuminated red by a giant maple leaf. This one should be a keeper.