Toronto has gotten pretty good at organizing markets in unusual places. From the Harbourfront to the Distillery District, Union Station to abandoned brick factories, we love our temporary outdoor shopping spaces, which is why folks are going to be excited about a proposed new project near Fort York.

Stackt Container Market would be a massive shipping container complex spread out over a vacant industrial site that was once set for condos, as Urban Toronto reports. It's now all but abandoned and ripe for a public space. 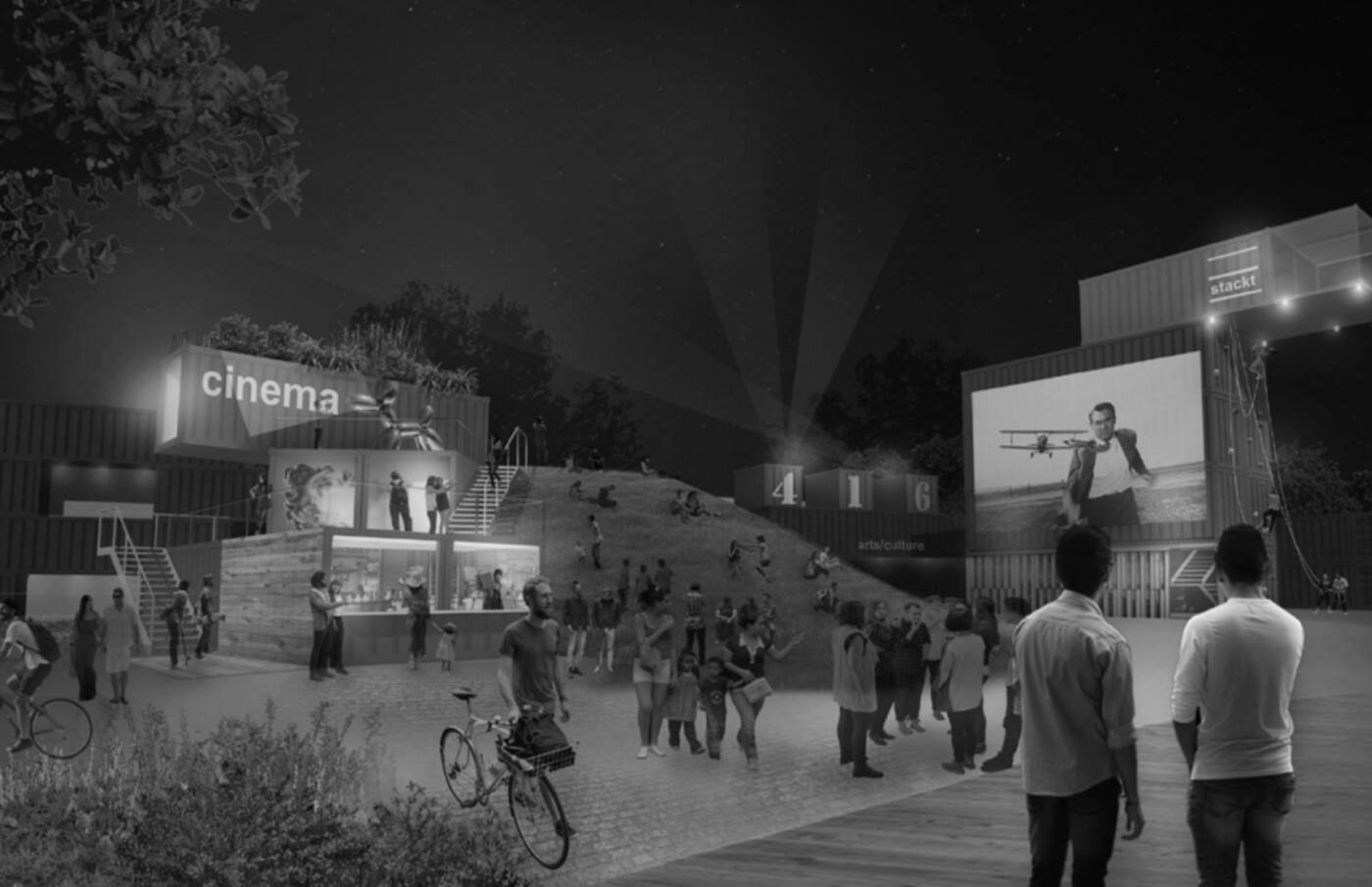 Rendering of the proposed container market submitted to City of Toronto.

The idea has been put forward by Tusk Global Limited and would be designed by LGA Architectural Partners. It contains exciting elements, like a brewery, an outdoor cinema and retail and studio space.

The lot in question is at Front and Bathurst, and would provide the neighbourhood with much needed recreational and retail space. The pitch is to lease the land from the city on a temporary basis, though the duration of the market has yet to be specified.

Fingers crossed this turns out.