The southeast corner of King and Bathurst streets might be in for a major transformation if a new 19 storey rental development from Main and Main makes it through Toronto's planning department.

The height of the project will be subject to scrutiny, but what's likely to be the most contentious issue is the way the existing historical building (currently home to the Banknote) is treated.

Early plans revealed at a pre-application meeting for the development show dubious retention of the exisiting structure, which dates back to 1900 and was once home to the Canada Biscuit Company.

While the site at 663 and 665 King St. West is listed on Toronto's heritage registery, it has yet to be designated, which means that an application can't be refused outright based on the status of the building. 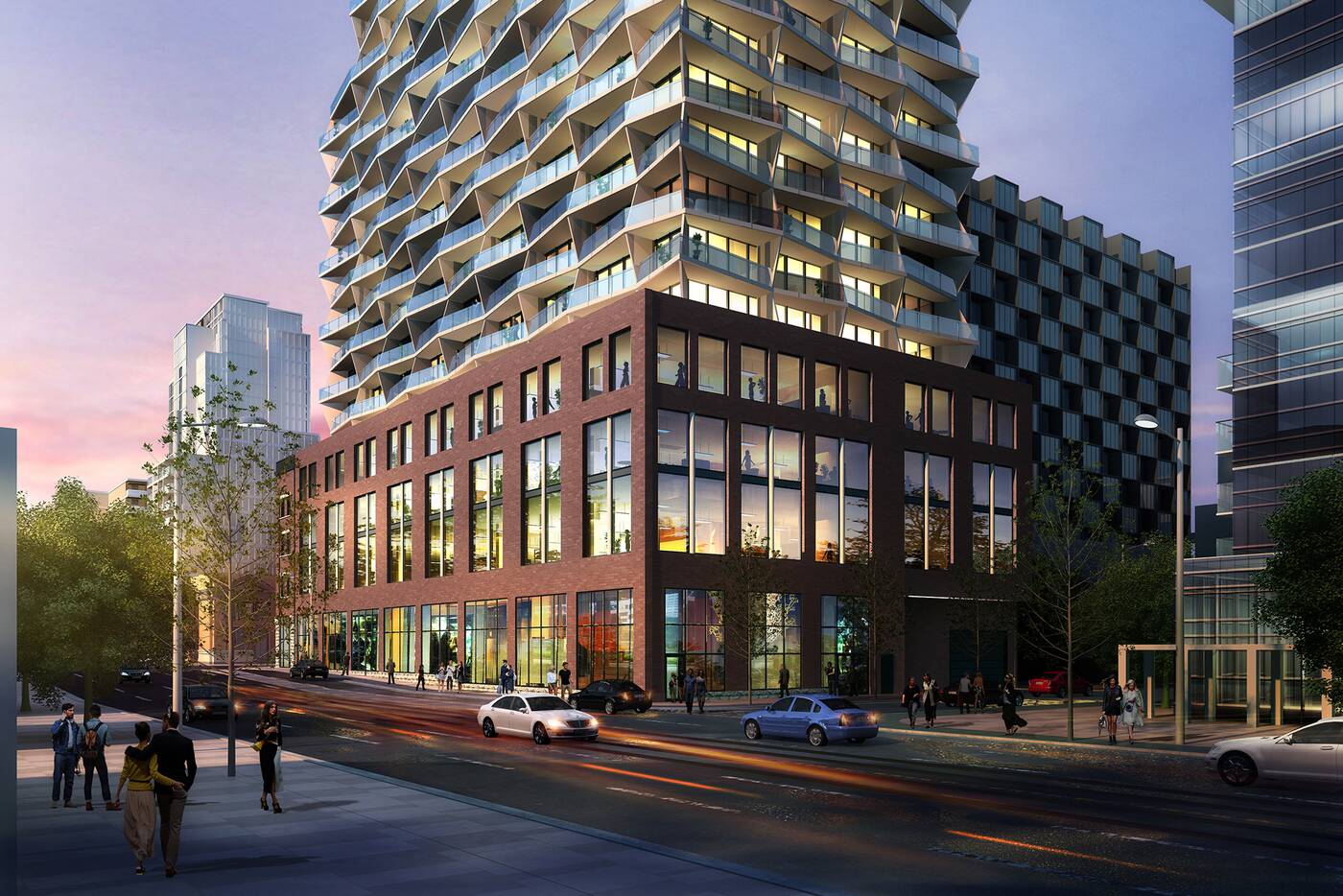 Some of the character of the original brick structure is retained in the design plans by Diamond Schmitt Architects, but it's ultimately dwarfed by the upper levels and the way the building is opened up with a host of windows on the lower levels.

It's not that this design looks particularly bad on the whole, but preservationists will rightly note that not enough of the original character is retained.

This development is still in its earliest stages, so it could change considerably before it's built or not be built at all.

Thanks to the heritage listing, the city's Heritage Preservation Services department will be afforded input on the plans for this site over and above the standard planning process, which will also subject the proposal to rigourous review.

Toronto has gottten much better at respecting its heritage over the years. This proposal might prove an interesting litmus test for where the city is at when it comes to preservation.

Correction: An earlier version of this post referred to the development in question as a condo, when it is in fact proposed as rental housing.