Where the Toronto street grid got its start

We tend to take Toronto's downtown street grid for granted these days, perhaps paying attention when a key intersection is shut down or when the sun sets in perfect alignment with one of our east/west running streets, but this basic design is surely one of the city's most fascinating attributes.

Toronto was very deliberately plotted out in the late 18th century by Lieutenant Governor John Graves Simcoe. Our oldest streets owe their routes and names to his vision and the work of the Queen's Rangers, who did much of the hard labour to lay them out. 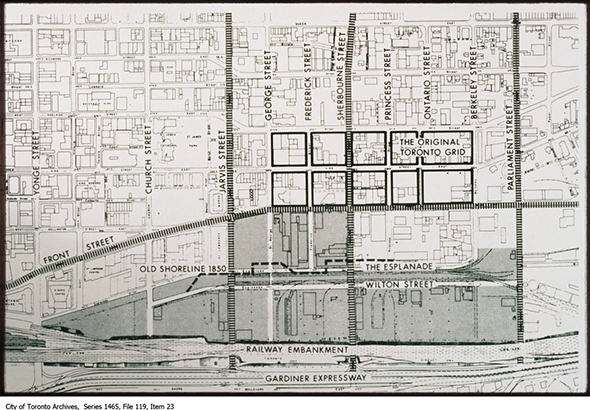 While Yonge Street might be the oldest in the city and Queen Street served as the baseline around which the bulk of the early city was divided, the first linked community of streets that existed in the Town of York was a small grid to the southeast of where these two important streets would ultimately connect. 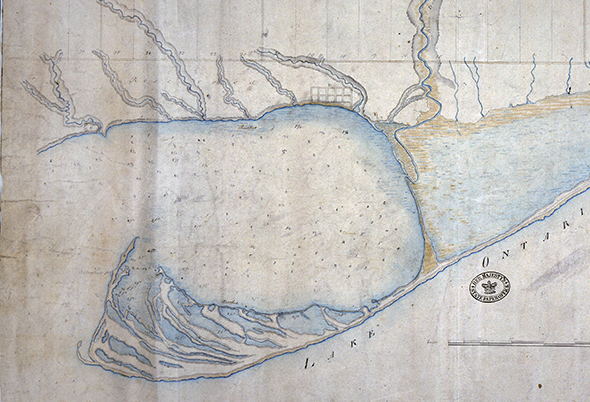 The earliest map of the Town of York dates back to 1793 and was charted by Alexander Aitken at the commission of Simcoe. It shows the humble beginnings out of which the City of Toronto would grow.

When it was first planned, York was merely referred to as the townsite or the town-plot, a 10-block grid bounded by on the west by George Street, on the east by Ontario Street, on the north by Duke Street (now Adelaide) and on the South by Palace Street (now Front). 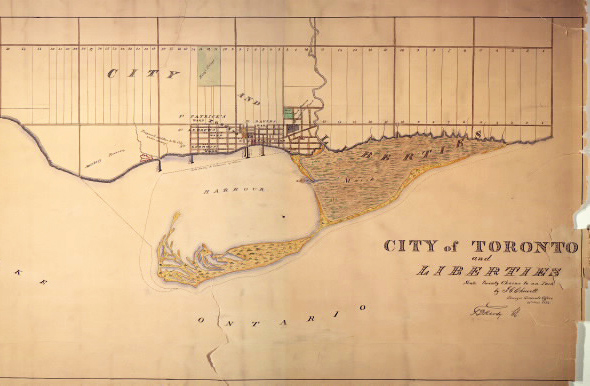 As it was built, the grid would extend to Duchess Street (now Richmond) in the north and Berkeley Street to the east, after which the land was designated for military and governmental use. This is where Ontario's first parliament buildings were constructed after the legislature moved from Niagara-on-the-Lake due to concerns about its proximity to the United States.

Simcoe's loyalty to the crown was unmistakable in the naming of these early streets. While early routes like Yonge and Dundas were nominated after his friends, the townsite was all about the monarchy. A few of the names have since changed, but this early grid was almost entirely royal in affiliation. 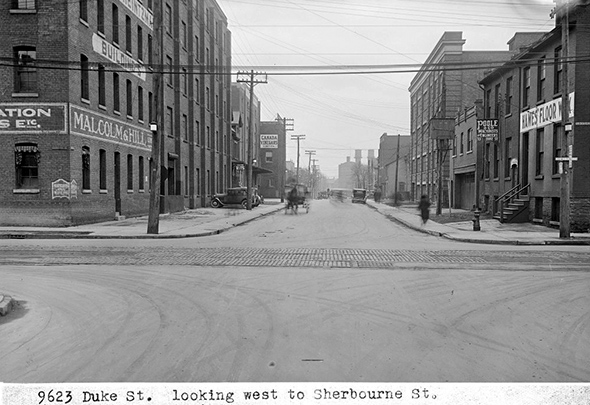 George street honoured George, Prince of Wales while Caroline Street (now Sherbourne) was designated after his wife. The Duke of York received two shout-outs in the form of Duke and Frederick streets (his given name), and naturally his wife was commemorated with Duchess Street. 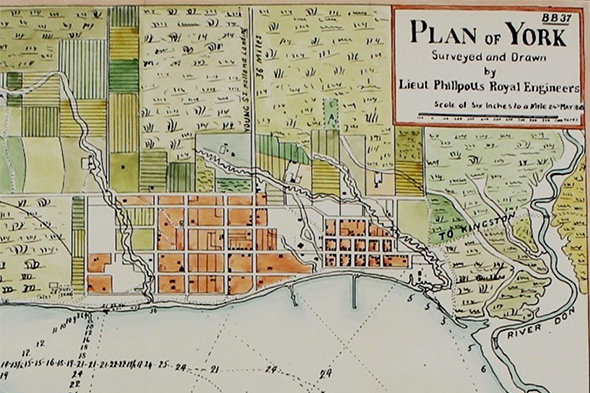 Intriguingly, it's Duke and Duchess streets that reveal just how this original street plan was connected to the rest of the city. While they are now called Adelaide and Richmond, this only happened after they were fused with the burgeoning street grid to the west, which grew from Yonge to meet the original townsite. 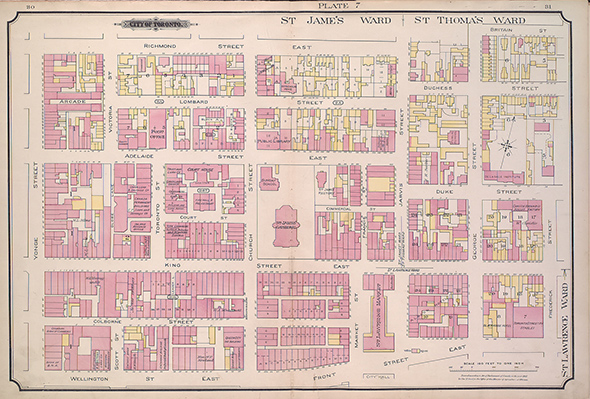 You've probably noticed that as you drive west on Richmond, the street does an obvious jog at Jarvis Street. The same holds for Adelaide when heading east. That's because Duke and Duchess street weren't actually aligned with Adelaide and Richmond when they finally were fused together in the 1960s. It took a bit of work to combine them.

A similar sort of messiness is seen in the way that Dundas Street twists and turns across the city given that it was a combination of many smaller routes. The original townsite grid, on the other hand, remains remarkably intact today, save for name changes. It's quite easy to spot on a map if you know where to look.

Photos from the Toronto Archives, Historical Maps of Toronto, and Goad's Atlas.