What kind of house does $2.5 million get you in Toronto?

The $2.5 million house in Toronto represents a benchmark price point. Those who are able to spend this much on a home don't have to confine themselves to basic considerations like space and neighbourhood, but instead, can start to get particular about architectural details, ravine plots and luxury amenities. In short, this is the dividing point for how the other half lives.

Here's what a $2.5 million house looks like in Toronto.

$2,450,000 in Don Mills
This ultra modern home in Don Mills features everything from radiant floor heating to a custom Downsview kitchen, all packaged together in a minimalist design that will make contemporary architecture fans swoon. At four bedrooms and five bathrooms, no one will be complaining about space, either. 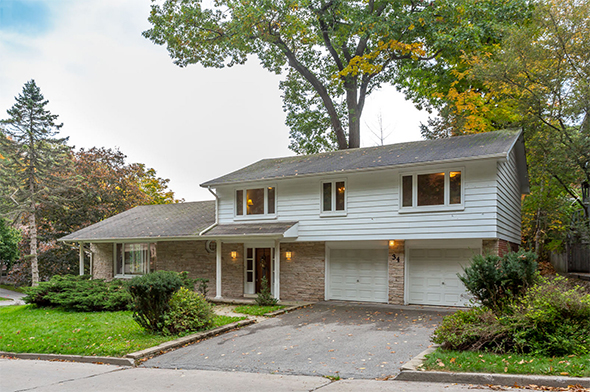 $2,449,000 in Birchcliff
You're buying the plot of land with this one. Fallingbrook Drive is one of the nicer streets in Toronto, particularly on the northeast side of the street, which backs onto the Toronto Hunt Club. The house itself isn't as dated as the exterior photos indicate, but a potential buyer will likely have major renovation plans in mind. 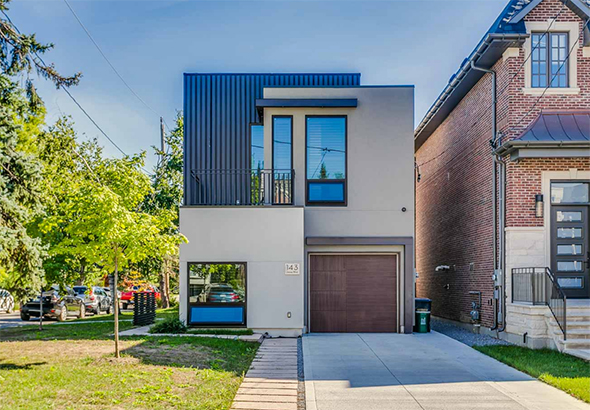 $2,498,689 near Avenue Road and Wilson Avenue
Located in the Armour Heights neighbourhood, this contemporary cube-like home has only three bedrooms and three bathrooms, but the attention to detail in the design is superb. It won't attract buyers looking for something classic, but the modern space features floating staircases, a double-sided gas fireplace and top of the line kitchen appliances. The corner lot adds space to the backyard. 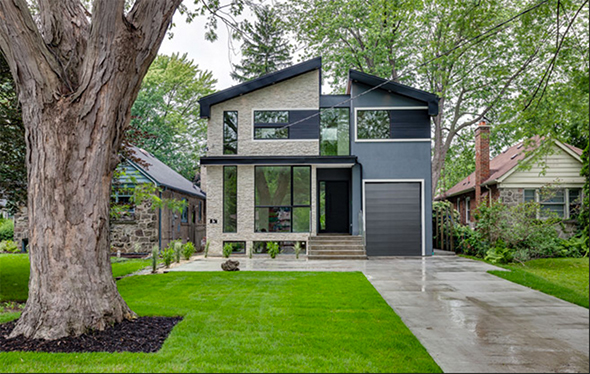 $2,450,000 on The Kingsway
Notice a trend forming? Yup, at $2.5 million there are a host of recent builds on the market. This one features a unique exterior design that spills over into the interior with plenty of light cast on the main stairway and floor-to-ceiling windows in a number of rooms. You'll also get a wine cellar, built-in speakers and a sprawling open concept kitchen/dining room. 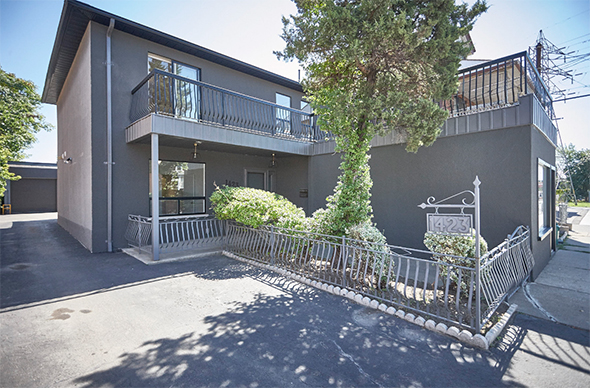 $2,500,000 near Dufferin and Davenport
Here's a quirky one. Part residential and part warehouse space, this house could serve as the ultimate investment property or as the world's greatest personal workshop. The living space is already divided into apartments, however, so it's unlikely that someone will want to undertake the work to combine them. Nevertheless, it's an intriguing find in a neighbourhood that's on the rise.

Would you buy any of these houses if you had the coin? Let us know in the comments.