The Spadina bus returns to the streets of Toronto this weekend as the TTC has scheduled a major closure on Line 1. The subway will be shut down between St. George and Lawrence West stations on November 12 and 13 for signal upgrades, which means that shuttle buses will be pushed into service.

Given that this section of Line 1 is often referred to as the Spadina section of the route, you now have reason to start listening to the Shuffle Demons again. You can have a look at the TTC's map for an idea of the route the buses take, which winds through the city to take passengers close to connecting routes at stations along the way (Eglinton is the exception here). 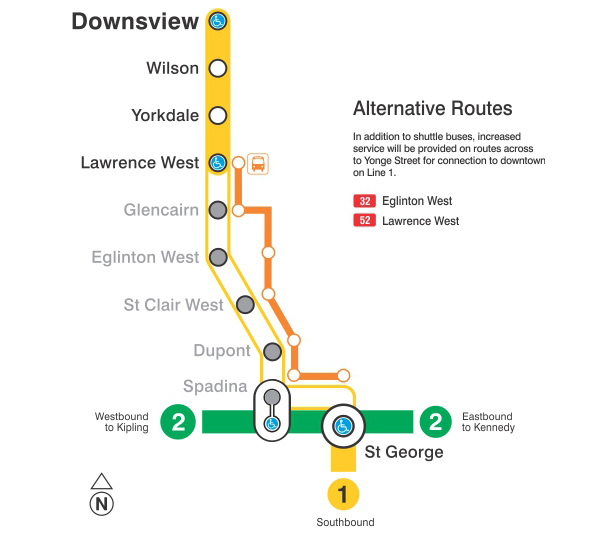 In conjunction with closure, there will be parking restrictions along the shuttle route to help buses travel more easily:

There will also be increased service on the 52 Lawrence West and 32 Eglinton West buses to aid riders in getting to the Yonge Line, which is running at regular service on the weekend.