Demolition of the North St. Lawrence Market Building has finally begun, signalling the first concrete progress on the redevelopment project in quite some time. Completed in 1968, the north section of the market was originally supposed to be torn down in 2010 as part of plans for a new building on the site, but was delayed when budgetary concerns arose.

As part of the demolition process, significant archeological work will be completed. There's been a market of some sort here since 1803, which means there could be significant artifacts turned up during the assessment of the site. For that reason, the process is estimated to take six months, but could be extended if valuable objects are uncovered. 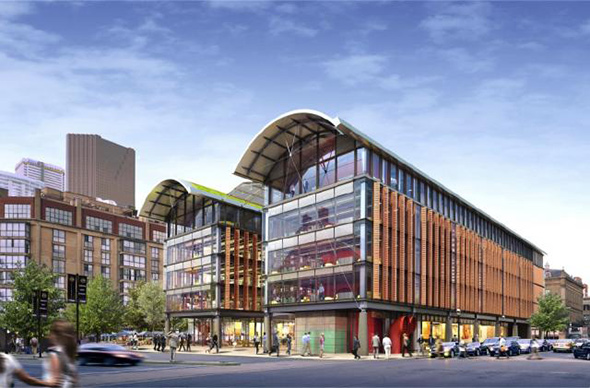 Don't expect any tears to be shed for the old North Building. It was a concrete bunker that always seemed incongruously juxtaposed with the glorious South St. Lawrence Market. The demolition should be cause for excitement that work is finally moving ahead on the new structure, which will be five-storeys and house state of the art new facilities. 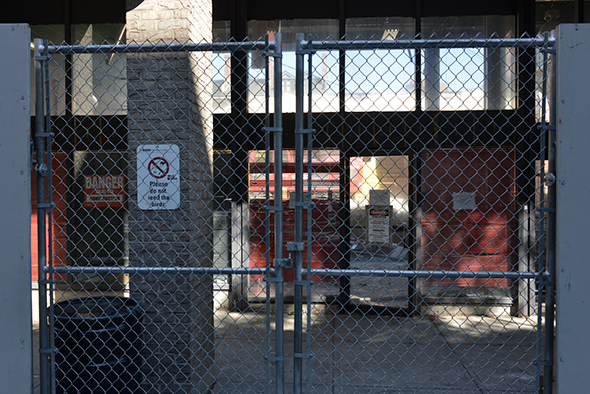 The demolition process itself was rather intriguing today. Workers basically tore through the front doors of the building along the way to dismantling its interior. For now, most of the exterior shell is in place, but much of the inside has already been wiped out. It won't be long until the archeologists are let loose on the place.

The temporary tent market located at 125 The Esplanade continues to operate as the North Building is torn down. It operates every weekend with a farmers' market on Saturday and an antique market on Sunday.

Construction is now slated to begin on the new North Building in 2017, with completion pegged for sometime in 2019.