How Toronto built the most hyped sports stadium ever

It's hard to believe, but the idea for a domed stadium in Toronto dates back the 1960s, long before the Blue Jays arrived in this town. In fact, one of the reasons that the city was interested in building a state of the art sports facility was to lure an MLB team to Toronto. 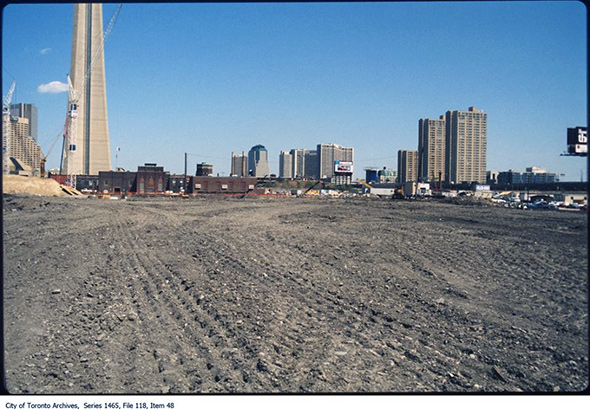 Enterprising city officials tried to make it a dome stadium happen in Toronto over the next two decades, proposing sites from Don Valley Golf Course to Downsview.

The latter proposal was the most serious of them all in 1971, but the $45 million plan required public funding and support from the Metro government, neither of which materialized. 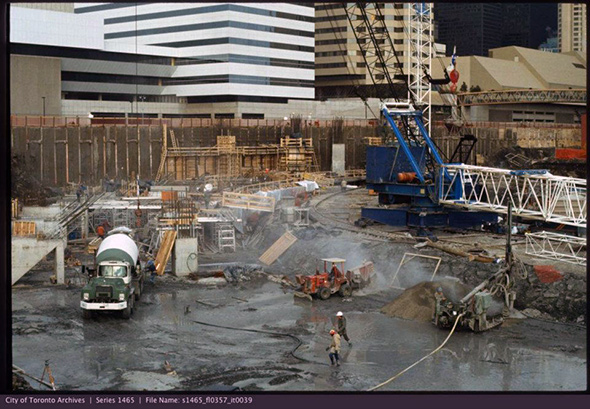 Talk of a dome in Toronto eventually faded, but would return in the early 1980s.

The story goes that the rained-soaked 1982 Grey Cup game at Exhibition Stadium was the tipping point, which led then Metro Chairman Paul Godfrey to resume his push for a state-of-the-art sports stadium in the city. 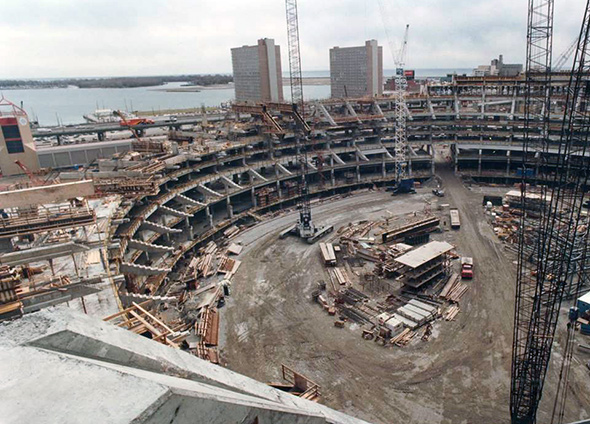 Unsurprisingly, it would take a number of years to put a concrete plan into action. Part of the problem was settling on a site.

There was a strong push to locate the new stadium in Downsview as had been proposed in the 1970s, but when CN offered to donate land right beside the CN Tower in 1984, things got even more complicated. 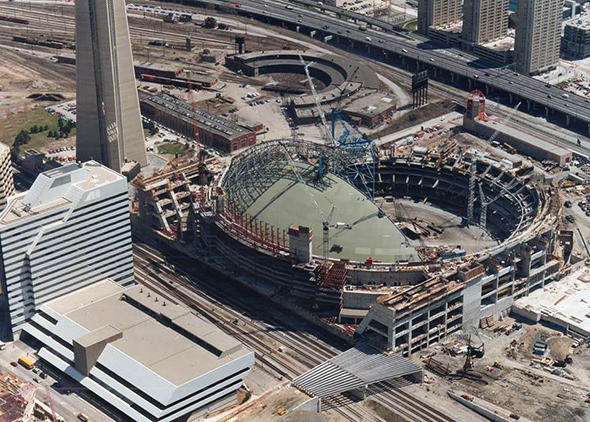 Finally a deadline was set by the provincial Liberals, and in 1985 the downtown site proposed by CN was adopted as the winner, a decision which would anger North York Mayor Mel Lastman who had become a major booster of the Downsview plans in the 1980s. 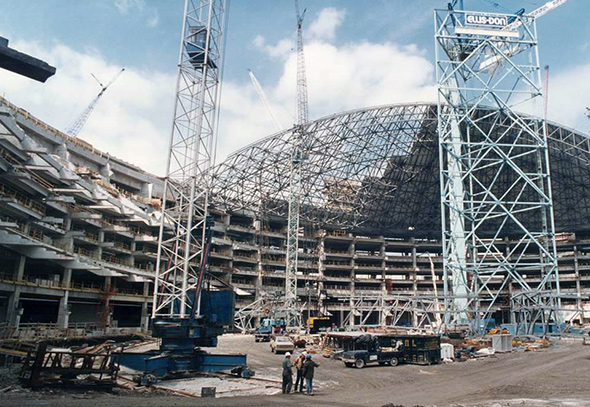 An international design competition was subsequently held in 1985.

Winning firm Robbie Young + Wright would eventually require $570 million to construct the stadium, which was ultimately named SkyDome though a public competition that was held after the project broke ground. 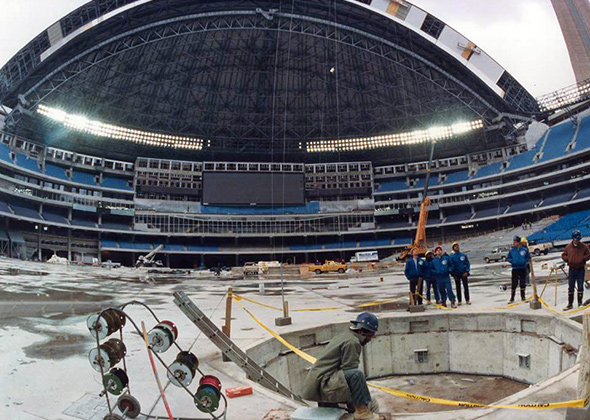 Toronto's relationship with SkyDome has been troubled since at least the late 1990s when the stadium filed for bankruptcy and was eventually purchased and renamed by Rogers in 2005, but during the construction years, you can't even imagine how much hype the stadium received.

It promised to be the world's greatest entertainment centre, and despite a disastrous first night, the general consensus was that it lived up to the billing in the early days after it opened in 1989.

And the accolades weren't just local; SkyDome was the darling of international news. 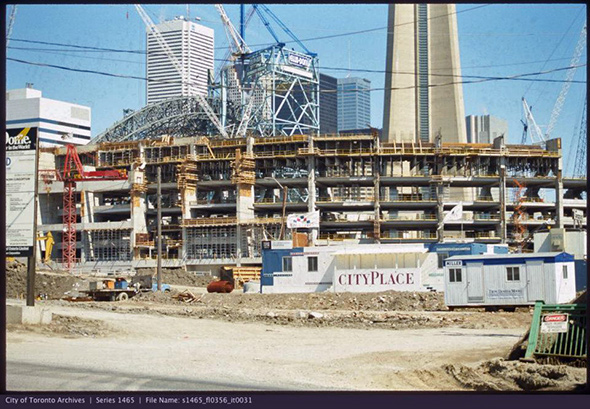 One thing that the stadium doesn't get much credit for is the degree to which it kickstarted the redevelopment of the Railway Lands.

After the CN Tower was built in the 1970s, plans to fill in this massive tract of land slowed. 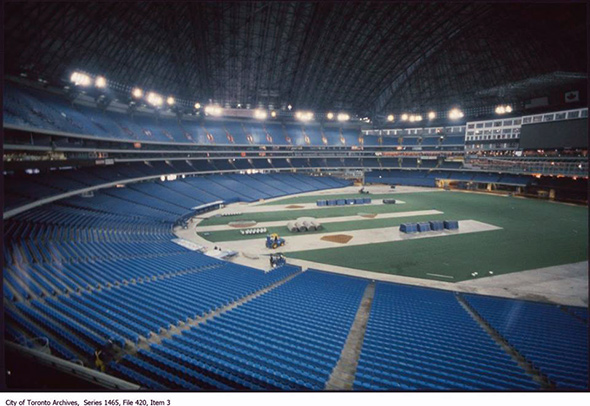 The first part of the Metro Convention Centre went up in 1984, but the Dome served as a catalyst for later projects like CityPlace, which got underway after remaining railway buildings were demolished for the stadium.

We may wish to have done more with the Railway Lands, but the life their redevelopment injected into the city can't be overestimated.

Even as the Dome/Rogers Centre's warts have been exposed over the years, Toronto dodged a bullet in avoiding the initial Downsview plan.

Not only is the stadium the second most recognizable element of our skyline, but it's still a great place to watch baseball when the stands are packed.