Toronto tries to go beyond the generic glass condo

Vernacular architecture is a style linked to a particular locality that arises out of various considerations like available materials, technological prowess, and the economic conditions of the community in which a building is constructed. Driven by utility, aesthetic concerns are rarely a primary factor in such design.

In affluent cosmopolitan cities like Toronto, this brand of architecture is often considered to be a historical element of the built environment, a throwback to a time before the rise of modern architectural firms and urban planning.

Yet, if Toronto has a contemporary vernacular when it comes to architecture, it's the condo tower. You know, the steel-framed, glass box that sits atop a multi-storey rectangular podium. In the span of the last 15 years, this architectural form has exploded in the city.

It often draws our collective ire - "yup, they knocked down (insert longstanding local business) to build another condo" - but to what degree has the city really reckoned with the condominium as its most significant (if not lauded) example of architecture? 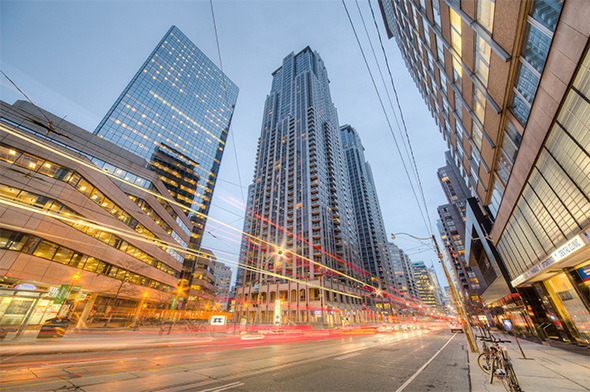 So often our reactions to condo developments are knee-jerk. They're often characterized as villains that homogenize our built landscape, but I suspect few of us have spent much time thinking about the conditions out of which the condo boom has been given birth.

Perhaps if we do, we'll understand what it might take to re-imagine the condo in Toronto, and it's impact on the city at large.

"Even though most new condo buildings are, artistically considered, disappointing, and the final project is rarely better than the first design, they are fascinating as a cultural phenomenon, as architecture minus the art of architecture," writes Hans Ibelings in the introduction to Rise and Sprawl: The Condominiumization of Toronto. 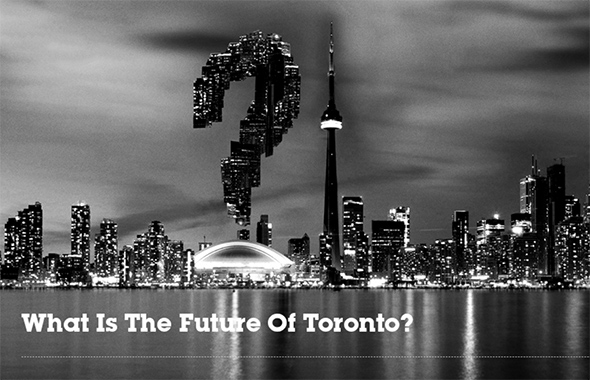 It's a recently released book in collaboration with architecture and design firm PARTISANS that offers an at times clinical and at times lighthearted dissection of the Toronto condo.

This is an important book at this moment in Toronto's history because it grapples with the impact and possibilities of our most significant contemporary architectural form in a manner that's critical and hopeful at once. 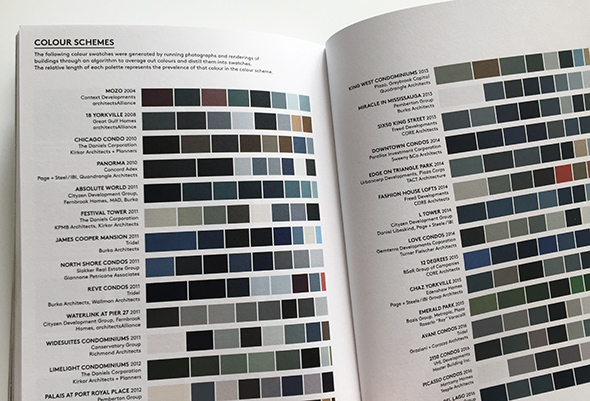 Rather than a purely academic exercise, the book addresses the condo in terms we're all familiar with, from cataloging various marketing slogans to tracking the muted colour schemes that tend to mark our skyline.

It also introduces readers to the major architectural firms and developers in this city via mini descriptions taken from the companies' own websites. 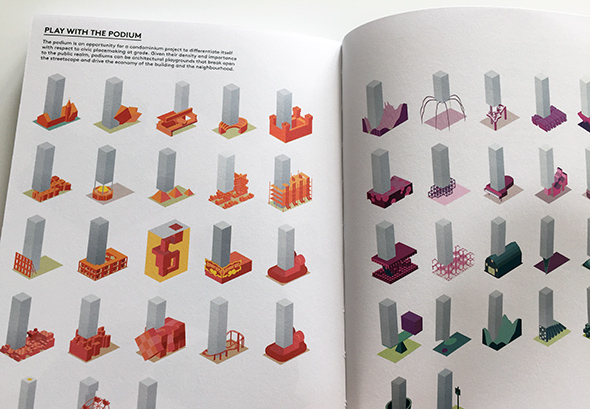 Rise and Sprawl is often playful but never irreverent. Upon offering a short history of the condo in Toronto and a typological approach to its form, the book emerges as a self-heralded manifesto that outlines a different way of thinking about condos, the planning process, and calls for a marriage of architecture as art and good business.

Two insights will standout in particular for those who have ever wondered how Toronto has come to look the way it does these days.

The generic nature of our condos isn't the result of some accidental lapse in design sense. It's a by-product of myriad social and economic forces that range from planning guidelines to market logic to the existence of the Ontario Municipal Board. 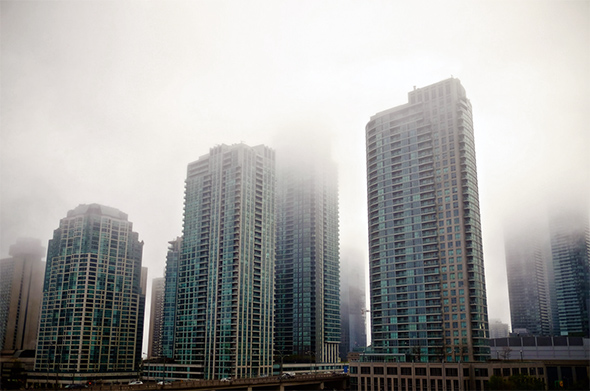 An entire paradigm supports Toronto's "condo-industrial complex," and any change to the way that things are done will take incredible vision for even modest alteration.

But just as the financial success of early glass condos led to their proliferation (why change what you already know you can sell?), someone has to be willing to buck convention before widespread experimentation can take place.

On that, PARTISANS has much to say. In addition to the galvanized rhetoric of the Manifesto section, the firm lays out 11 principles for building a better Toronto.

These range from the pragmatic ("mix private and public housing") to the more stylistic ("blur shapes and boundaries to generate innovative hybrid typologies"), but never appear fantastical or wholly unrealistic.

There's a sense these days that we've inherited the modern glass condo tower and now we're stuck with it. That's a troubling way of thinking that Rise and Sprawl hopes to remedy.