That time Toronto demolished everything around Yonge and Queen

Strolling around Yonge and Queen streets in the late 1970s would have felt eerily reminiscent of entering a war zone. Massive buildings lay smouldering in half-ruins, work crews scrambled to remove steel and bricks, and everywhere people would stop and stare at the magnitude of it all. 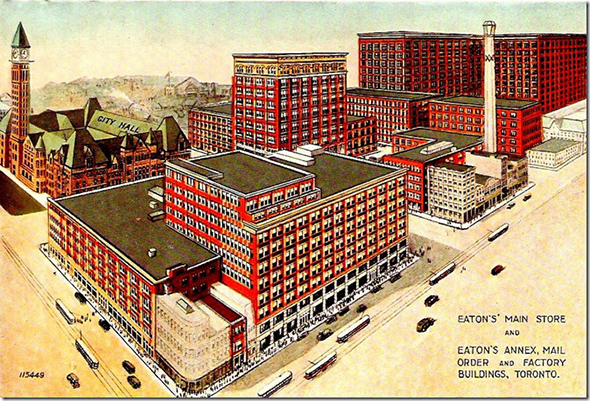 The largest urban demolition project in Toronto's history took place in 1977 around Yonge, Queen, Albert, and James streets. It involved an entire city block composed of 12 major buildings, and upon completion, it temporarily left a gaping hole in the heart of downtown Toronto. 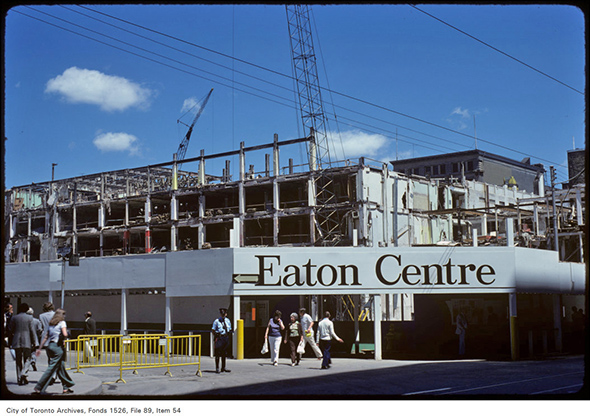 That hole would soon be filled by the southern portion of the Eaton Centre, the construction of which was the reason for the elimination of the company's former flagship store near Yonge and Queen as well as a score of others that made up the giant retail complex dating back to the late 19th century. 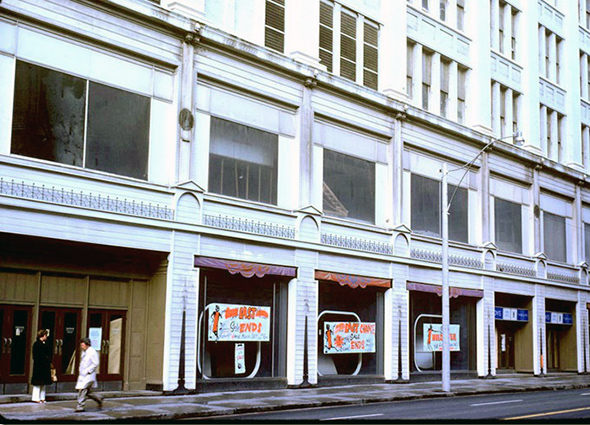 The northern portion of the new Eaton Centre opened in 1977, the same year that the Queen Street store was razed. To add to the drama of the demolition effort, on May 9th the Eaton's Annex building - located at Albert and James streets - caught fire and sent a cloud of smoke over the surrounding area as nearby warehouses were ignited in the blaze. 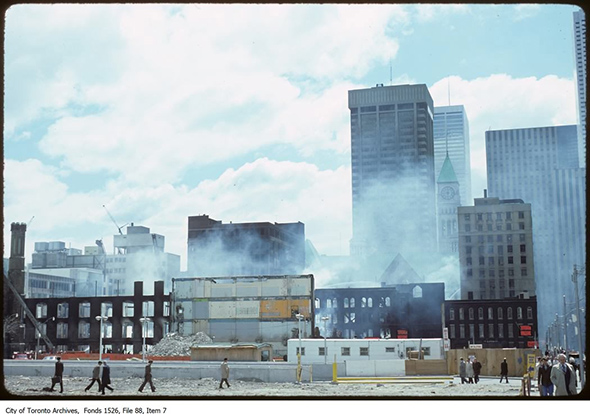 Firefighters eventually got control of the blaze before it had major impact on the shiny new mall beside it, but it was almost the third great fire in Toronto history. Photographs of the scene make it look as though Toronto was under attack, but it was all in the name of progress. 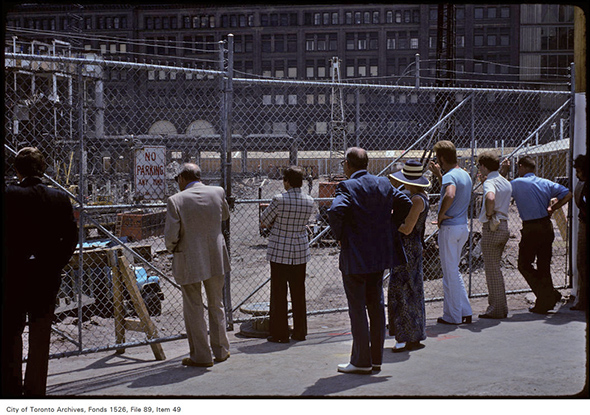 Given the excitement over the new mall, the demolition of the old Eaton's buildings never was the cause for grand public outcry, but it would eventually become clear that something important had been been lost when they were torn down. As wonderful as the Eaton Centre was on the inside, it's cold exterior practically killed off street life on Yonge St. 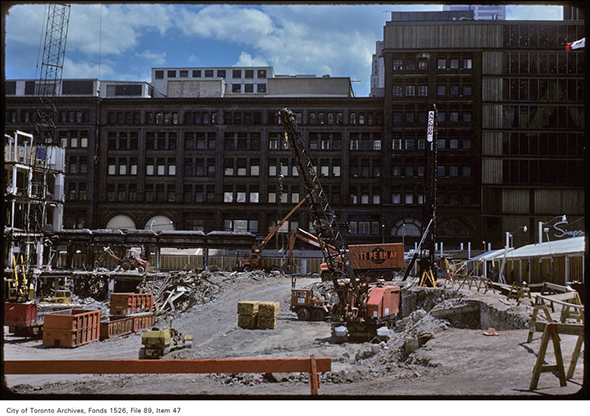 The Queen Street flagship store animated the street with its dramatic window displays and entrances, but its replacement was turned inward. You entered at Dundas or Queen or drove in the parking entrance at Shuter, but the space between its two ends was a veritable no man's land until a renovation in the early 2000s restored some relationship with the street. 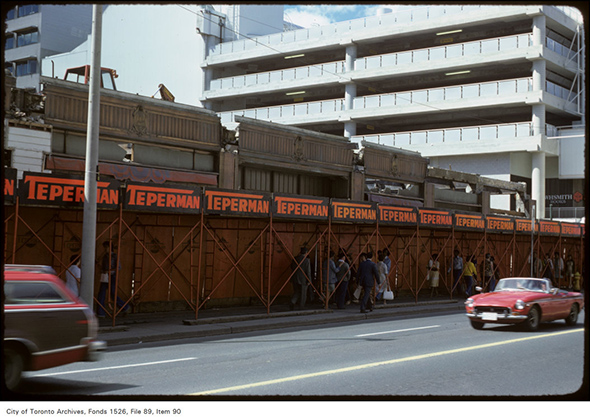 It's hard to imagine these days, but the Eaton Centre was like a suburban shopping centre plopped in the heart of downtown Toronto, and to make way for its arrival, the demolition project was of a scale that the city had never seen. 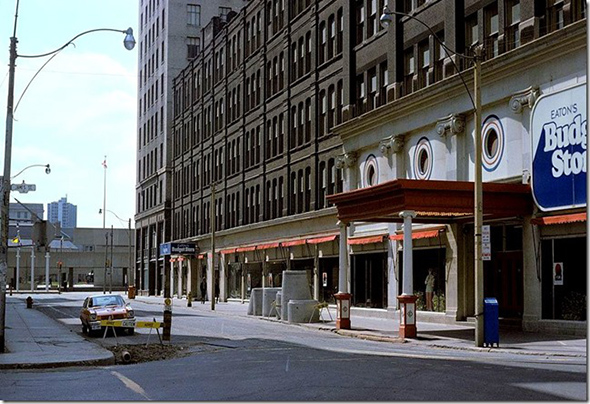 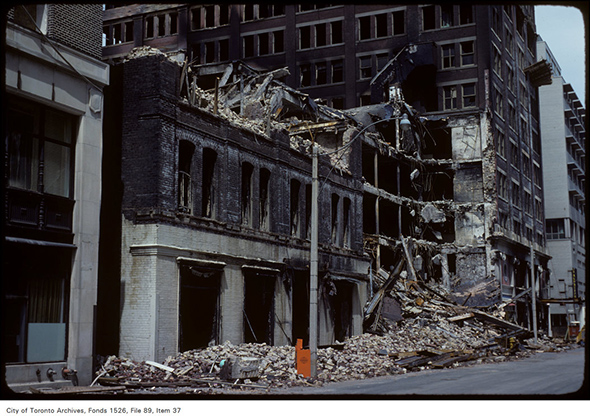 Aftermath of the May 9th fire 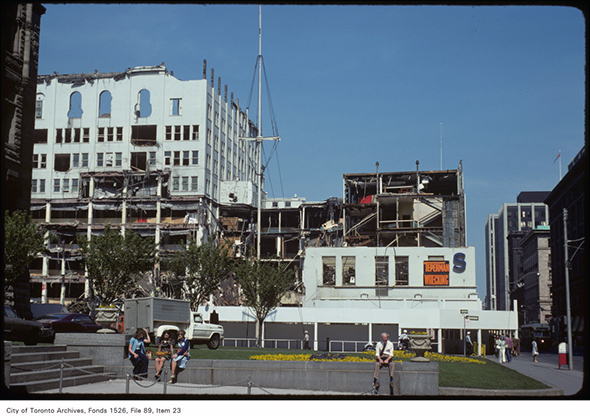 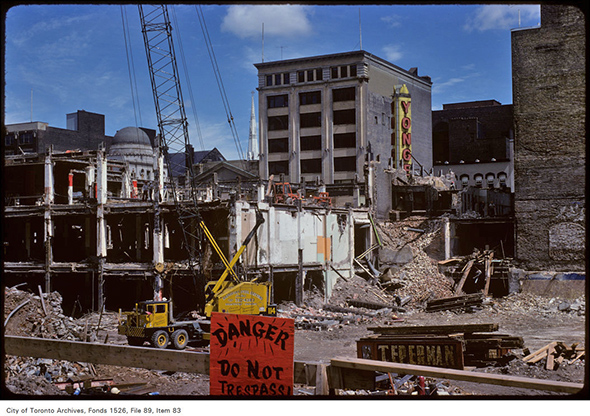 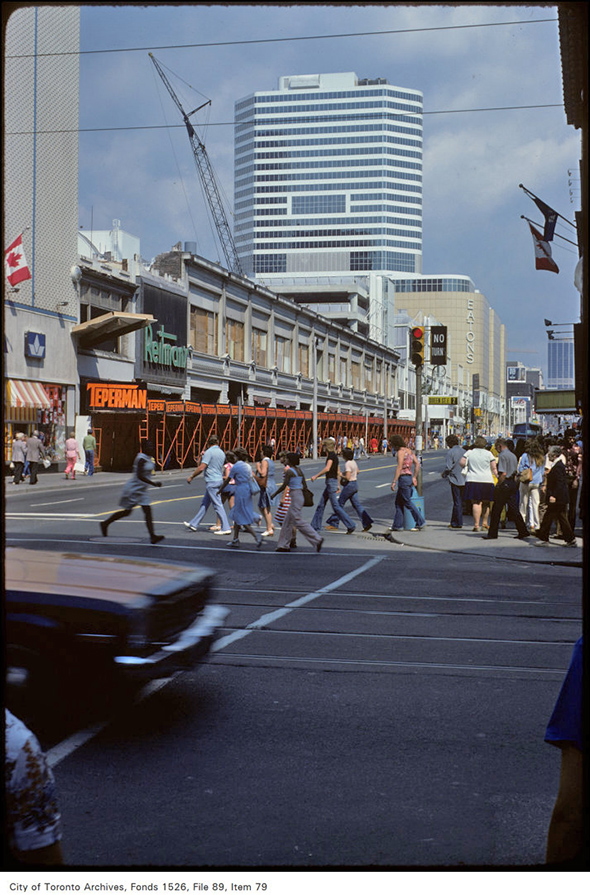 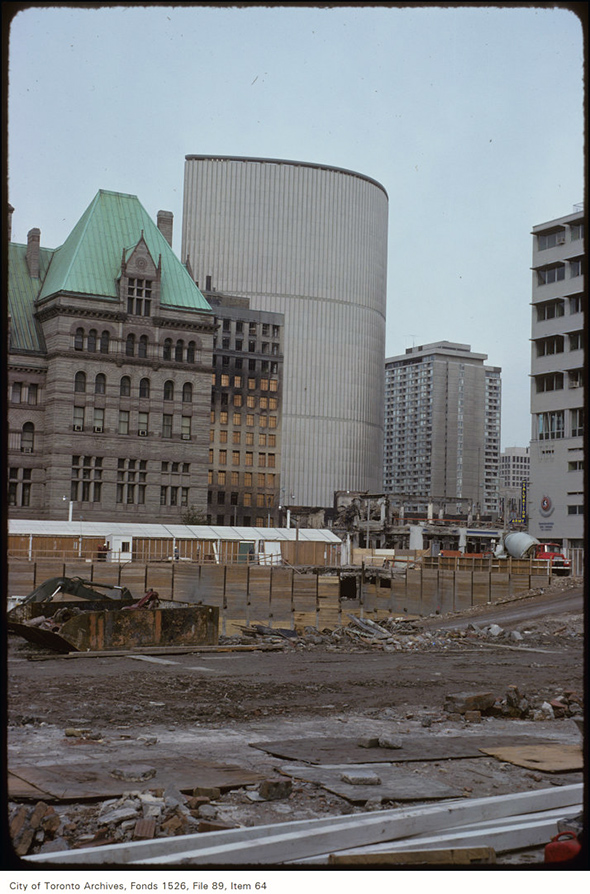