What kind of condo does $700K get you in Toronto?

$700K buys you a nice condo in Toronto. The local real estate market hasn't gone so bananas that you won't be able to afford some luxuries and extra features at this price point, but of course space is always an issue. With this much to invest in a home, you could afford a decent semi-detached house, so competing condo units have to be quite nice to lure folks away from the dream of a backyard.

Here's what a $700K condo looks like in Toronto.

$679,900 at Dundas and Roncesvalles
This is a nice hard loft at the top of Roncesvalles. If it has a downfall, it's space. It's still a two bedroom unit, but don't try to put more than a three-person family in here. Things will be too tight, especially considering there's no outdoor space on offer. Maintenance fees come in at $782.68 monthly. 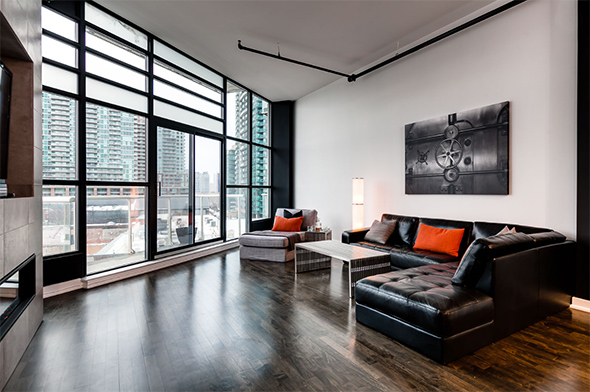 $679,000 in Liberty Village
Priced the same as the above unit, this condo in the Toy Factory Lofts is just a one bedroom unit. It's a lovely space, but there's just not so much of it to enjoy. That said, you will get an electric fireplace, building amenities like a workout centre, and the benefits that come with being in the heart of Liberty Village. Maintenance fees are a reasonable $389.62 a month. 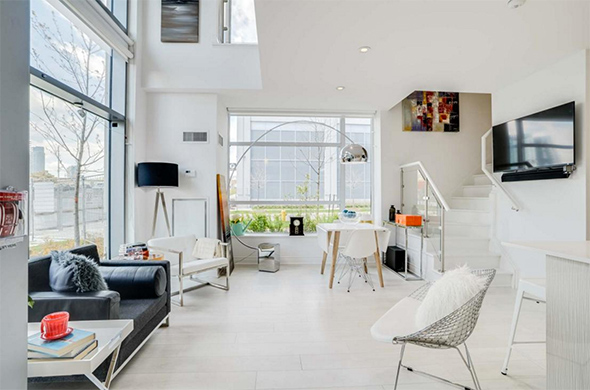 $688,000 at Humber Bay Shores
This two-level, light-filled condo on Humber Bay boasts an enticing modern design, but is a rarity in being only a one bedroom plus den. As much as proximity to the lake is a draw, that's surprisingly little square footage for a unit that's located so far from downtown. There are, however, two parking spots, an on-site pool, and high end appliances to play with. Maintenance fees are $730.18 a month. 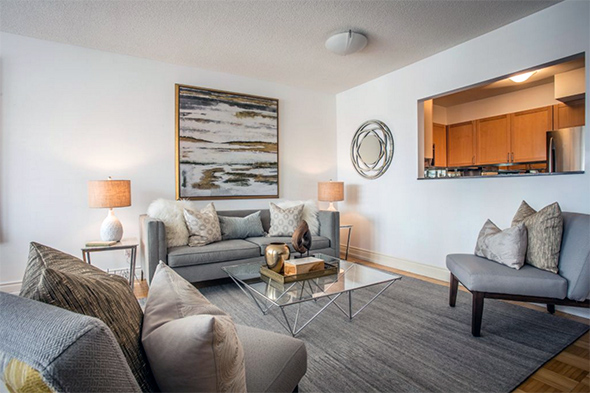 $695,000 near Yonge and St. Clair
Part of an early wave of condo developments in Toronto, this building on Yonge St. just south of St. Clair is the opposite of a glass box. You won't find hyper modern interior design touches in the unit, but Bosch appliances are always nice, as are two bedrooms in this excellent midtown area. Maintenance fees are high at $822.79 a month. 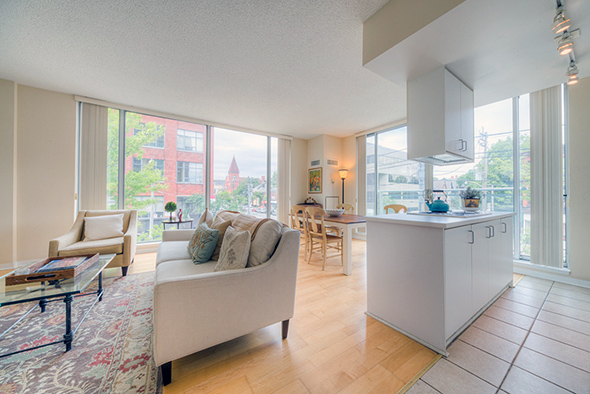 $699,000 at College and Markham
One of the beautiful things about this price point is that you can afford to live in highly sought after neighbourhoods like Little Italy. And you'll get more than a shoebox to boot. This two bedroom and two washroom unit might not have a ton of character, but it's modern and very well placed. Maintenance fees are $727.89 a month. 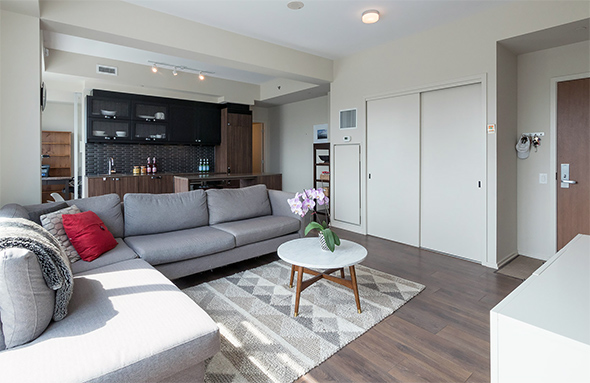 $727,000 at Bathurst and Bloor
The B Streets condo development doesn't get enough credit for being a well designed and unobtrusive addition to the Annex. Most people would jump at the chance to have a two bedroom space right at Bloor and Bathurst, and the slick design of the building is a bonus. Maintenance fees come in at $647.45 a month.

Would you buy any of these units if you had the dough? Let us know in the comments.