College Park is getting a major revamp

College Park (a.k.a. Barbara Ann Scott Park) is one of those public spaces in Toronto that could be so much better. A concrete wasteland that's only notable attribute over the last few years was its kindness to flocks of pigeons, it's a picture of unfulfilled urban potential.

Dating back to the 1980s, the nearly two acre urban space used to look a lot better. There was a community skating rink and some nice shade provide by strategically planted trees, but since the 2012 closure of the rink the site had become an urban purgatory, a blank space in the heart of the city. 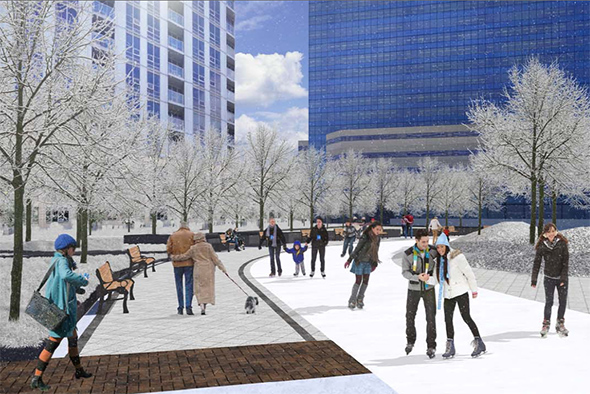 Plans were announced last spring for a revitalization project with Section 37 funds from the nearby Aura development, but the commencement of the project was slow. The good news today is that the Downtown Yonge BIA has injected $250,000 into the project and a timeline has been set for the completion of the work.

Demolition and clearing of the existing park began in spring and will continue throughout the summer. Come fall, construction of the new park will begin. The project is scheduled to be finished by summer 2017. 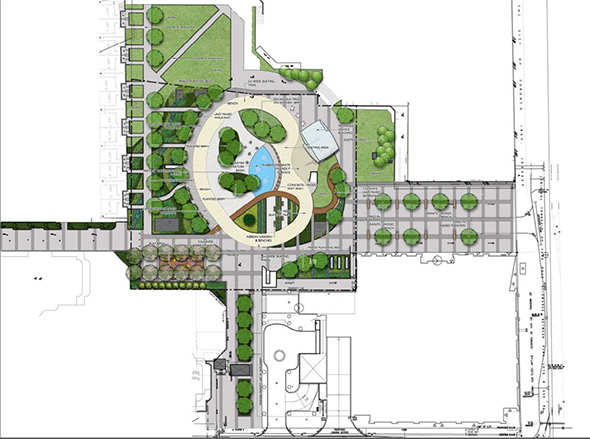 So what do we have to look forward to? The new urban space will feature a skating trail and pavilion for change and warm up, a reflecting pond, completely new landscaping features, and connection pathways between Yonge, Gerrard, and Bay streets.

It's about time this space lived up to its potential.