College and Bathurst is closed for TTC streetcar track work for the next three weeks, and it's having a major impact on the streets surrounding the closure. It's easy to forget how crucial one intersection is until it's shutdown and all the traffic it normally handles has to shuffle. 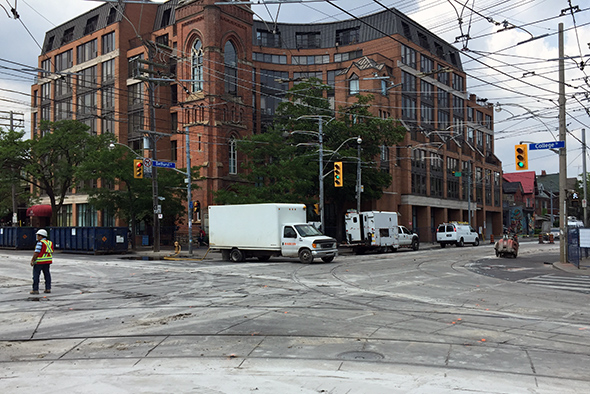 With drivers and cyclists already seeking to avoid College St. this morning, it was Dundas and Harbord that bore the brunt of the overflow traffic. The latter street was backed up from Shaw all the way to Spadina during the morning commute today. In fact, it was worst than College itself, which was only really snarled from Manning to Bellevue. 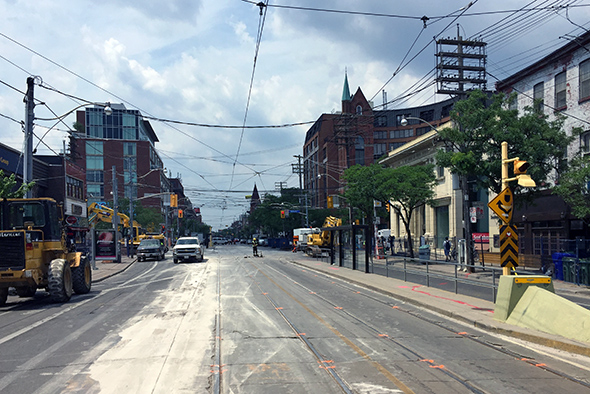 The work at the intersection involves the reconstruction of the aging streetcar tracks, removal of the eastbound passenger platform, the reconfiguration of the westbound platform, and the capping of old water mains in the area. It's expected to reopen on July 13.

In addition to the need for drivers and cyclists to detour around the area, the following TTC diversions are in place: