What kind of apartment does $900 get you in Toronto?

The $900 apartment in Toronto is typically an elusive dream of the young renter hoping to find something decent that doesn't break the bank. While such apartments do exist in Toronto, there are almost always a few conditions: 1) you're going to see a lot of basements and 2) the nicest units will be well outside of downtown. No surprises there.

Here's what $900 gets you in six Toronto neighbourhoods. 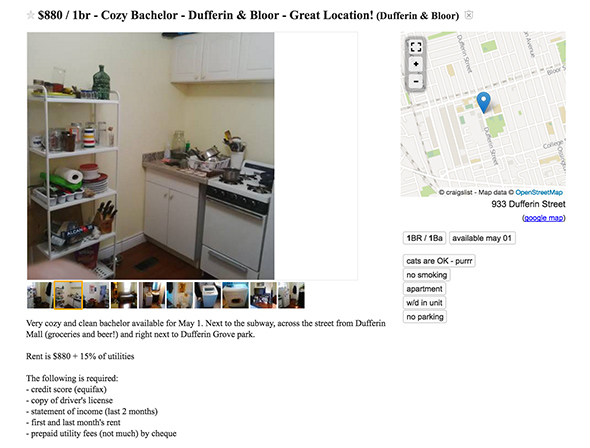 $880 at Bloor and Dufferin
You'll still need a credit report for this "very cozy" bachelor near Dufferin and Bloor. This one definitely requires a futon if you want to avoid the constant sense that your bed is in your kitchen. On the bright side, a mini washing machine comes with the apartment. 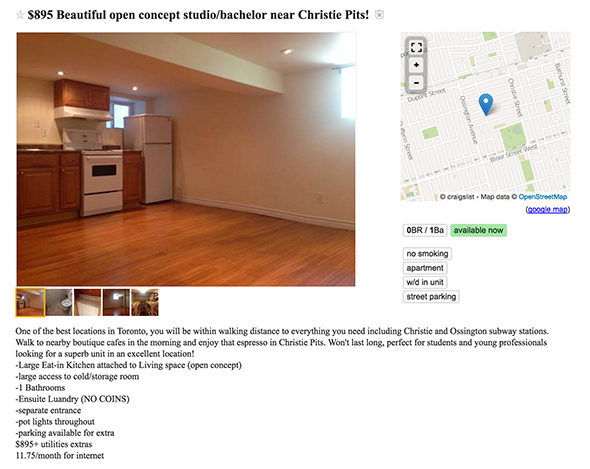 $895 near Christie Pits
Basements are common in this price point, but this one is quite decent with hardwood floors, in-suite laundry, and a cold-storage room. It's advertised as open-concept, but that's just a function of the fact that its a one-room bachelor. Still, there's lots of space to work with. 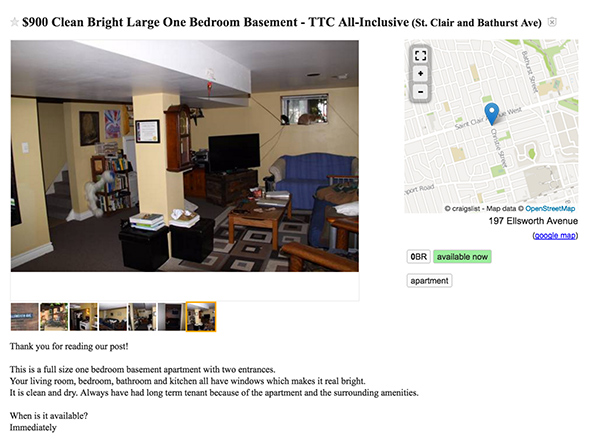 $900 at St. Clair and Bathurst
This one-bedroom basement near the Wychwood Barns might not be as bright as advertised, but it's proximate to tons of amenities and its legitimately big for its price. Prospective tenants will have to deal with a small kitchen, but a separate bedroom is always nice. 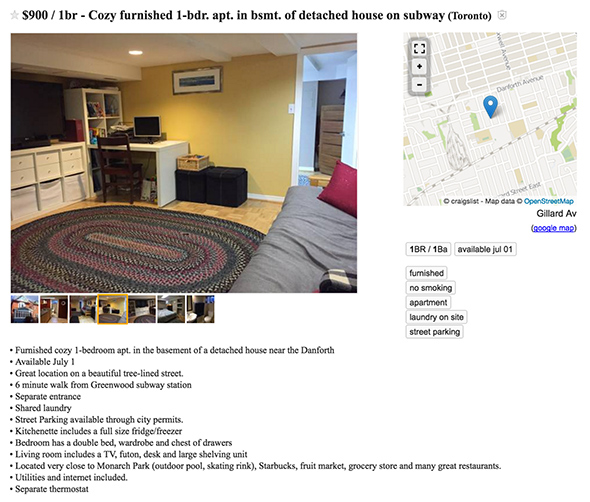 $900 near Coxwell and Danforth
This is a long term furnished rental near the Bloor-Danforth subway line that has good character for a basement. It's obviously well maintained, and a decent square footage given the price. There's not a whole lot not to like here, though it's not going to work if you have all of your own stuff you want to bring along with you. 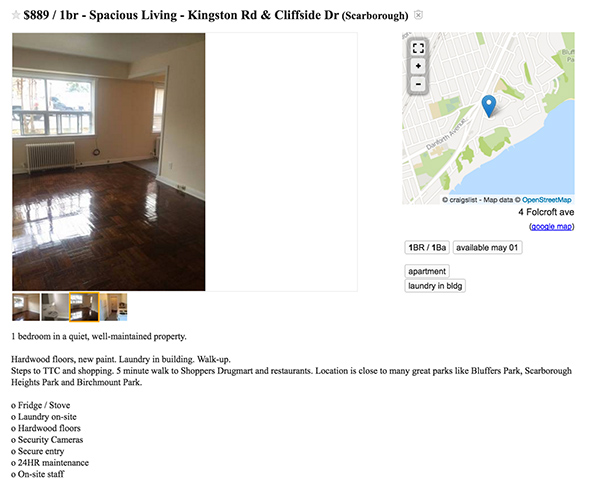 $889 near the Scarborough Bluffs
You get a lot more apartment for the money in the east end of the city. This Cliffside apartment is big, bright, and close to an array of amenities on Kingston Rd. The drawback, of course, is transportation. If you don't own a car, it's quite a hike to Warden or Victoria Park subway stations. Be prepared to ride the bus. 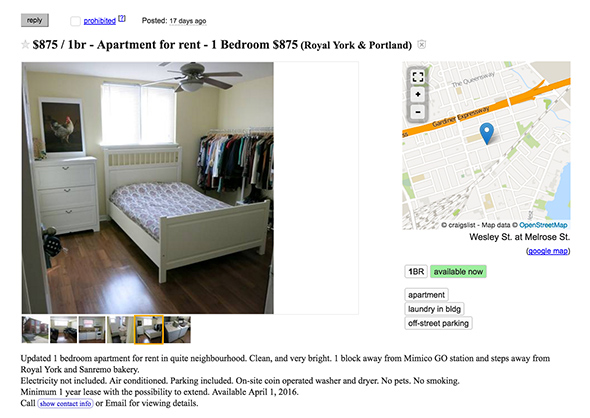 $875 near Royal York and the Gardinder
Bang for the buck goes up in the west end as well. This above-ground unit has plenty of light and space for under $900 a month. Closet space is minimal, but there's laundry in the building which means you can keep it nicely folded in the bedroom. The Mimico GO station is right around the corner, though you'll be stuck riding the bus when it comes to the TTC.

Would you rent any of these units given the price? Let us know in the comments.