Massive new park might be built on Toronto's east side

Toronto is sitting on a massive opportunity to create a sprawling park just east of downtown that might radically transform the city. While some of the area in question is already designated as green space, a new proposal would witness the transformation of the Lower Don Valley into parkland with dramatically improved access, infrastructure, amenities, and maintenance.

"City officials and Evergreen, a non-profit group, have been working for months on an ambitious goal to transform a stretch of the valley, from Pottery Road down to Front Street near the river's mouth, into a massive park," writes Alex Bozikovic in the Globe and Mail. 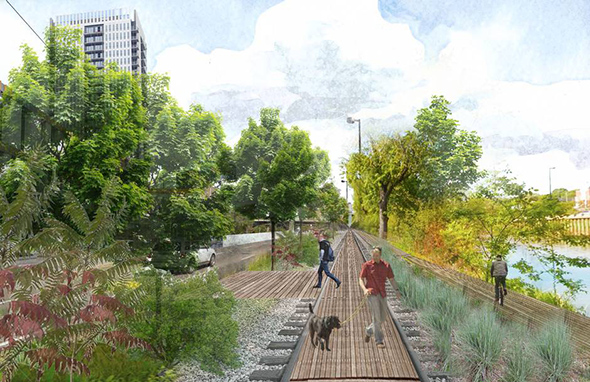 The Don River Valley Park project would arise in two parts, the first involving minor changes to the way in which the Lower Don is accessed, and the second a far bolder vision involving the the reconfiguration of the DVP ramps for Bloor and Bayview, Metrolinx rail corridors, and the repurposing of city owned land in the valley.

While this area is not as underused as the Globe article characterizes it -- the Lower Don Trail is positively bustling on weekends - the potential for improvement here is profound. To the same degree that the revitalized Brick Works has animated its section of the Don, a well-planned park on the other side of Bayview Ave. would be an amazing addition to the city. 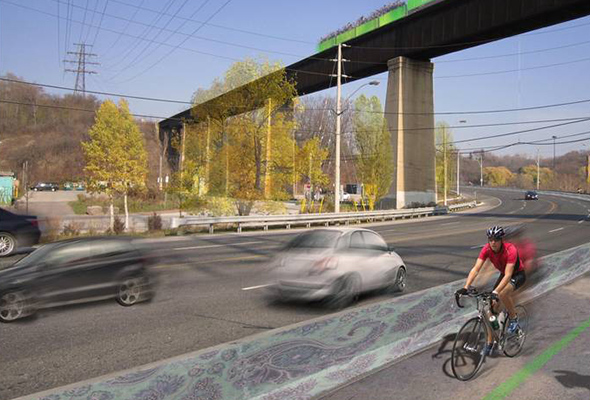 In fact, Bayview Ave. is one of the key elements in the project. At present, the access points to the Lower Don are limited and hard to spot if you aren't already familiar with them. Step one in revitalization efforts would be to equip the street with separated bike lanes. The paved shoulders ceased to feel safe to ride long ago, but this would make an excellent cycling corridor.

You can already use the Lower Don Trail to come up and down the valley, but signage is minimal and there's no main link to the Brick Works, which could be rectified by converting an old rail bridge into a pedestrian/bike link. Add to that a series of other stairs and access points to services the numerous neighbourhoods that surround the valley, and you have a start. 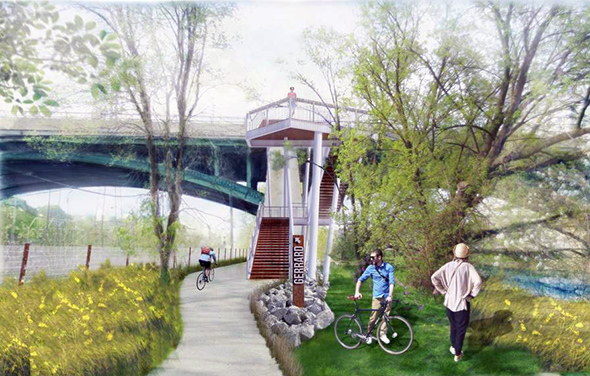 Pulling off the rest of the vision will be challenging, but there are already many things going for the idea of park. The people involved with the early stages of the project are well-established and passionate about the possibilities, and the area itself is already slated as a site of investment for the future electrification of the GO rail lines.

Add to that the fact that the city has a serious problem with the Don flooding, and the recipe is there for addressing the Lower Don as an area worthy of holistic redevelopment to improve transit infrastructure, public access, and the city's inventory of green space.

Along with the Port Lands, the Lower Don Valley poses one of the most dazzling opportunities for Toronto to rethink its relationship with a historic waterway that's been sorely neglected since the Don was straightened over a century ago.

For more information of the project, early plans for the park will be unveiled at the Evergreen Brick Works on April 21.