The arrival of bike lanes on Bloor St. has never been closer to reality. This spring, Toronto city council will vote on a pilot project that would witness the installation of dedicated bikeways on Bloor between Shaw St. and Avenue Rd. If approved, installation would likely take place in late summer 2016.

Before council votes on the project, the public is invited to offer feedback on the placement of the lanes and how traffic and parking lanes will be re-jigged to accommodate the new cycling infrastructure. In a nutshell, traffic will be reduced to two lanes with an alternating parking lane on each side of the street that would taper off at intersections to allow for left turns.

For those sections that feature both a bikeway and parking lane, the latter will be positioned on the inside (i.e. closer to the sidewalk) to buffer cyclists from traffic. Space will be provided to accommodate passenger-side car doors. For the pilot, flexposts will be used to separate the exposed bike lanes mid-block (as we've seen on Richmond and Adelaide streets).

It looks like an intuitive design, but the real test will come if/when the infrastructure is installed and a concrete analysis of traffic flow can be conducted. At this point, it seems as though the proposal has enough momentum and support to be carried through to this trial stage.

Have a look at the detailed schematics below. 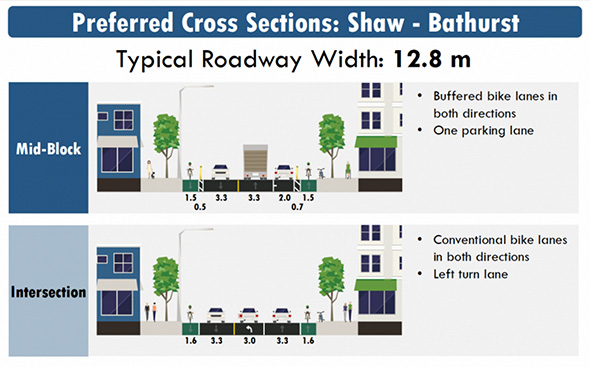 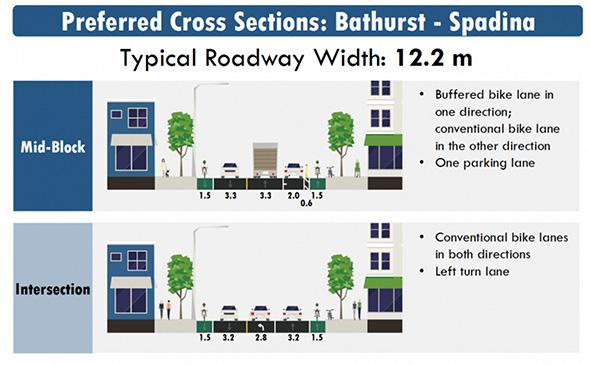 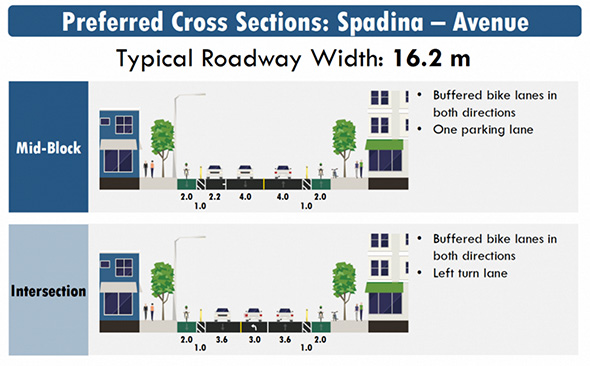 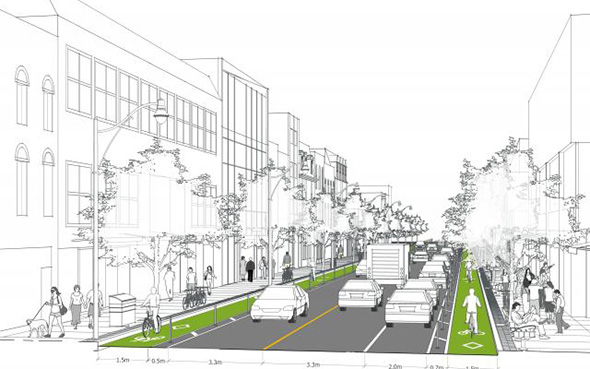 What do you think of the proposed designs? Let us know in the comments.