Toronto-area houses are notoriously expensive. But one fixer-upper in Riverdale is currently on the market for a mere $1.

Located at 450 Pape Ave., this 25,000 square foot heritage property is in desperate need of a facelift - even in the listing photos, some of its walls are in pretty bad shape. According to Metro News, the current owners had plans to turn it into a 28-unit condominium, but are now looking to sell.

Originally owned by William Harris, the property changed hands in the 1930s when the Salvation Army took it over and transformed it into a centre for single mothers.

Back in 2010, the City of Toronto wanted to turn the 25,000 square foot property into affordable housing units for artists. This plan, however, never materialized. 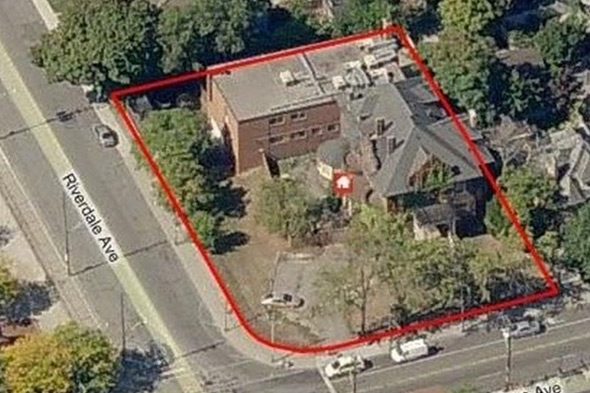 Of course, it's likely that the home will sell in the millions rather than the $1 asking price. But as real estate agent Matthew Pringle told Metro "We're just putting it out there and seeing what potential it has. There's no point putting a certain number on it because for some people it will be overpriced and for some it will be a steal."