The lost observation decks of Toronto

Toronto was once a city that boasted numerous observation decks where the public could gaze upon the city from the perspective of a god. These days you'll either have to shell out some decent coin or be more enterprising if you want to gain access to these types of places.

Tourists visiting New York flock to the outdoor observation decks at the Empire State Building and 30 Rock, while Toronto's most majestic outdoor perch was closed long ago for safety concerns. Back when Commerce Court North was the tallest building in the world, visitors could ascend to its upper floors and walk around its 360 degree deck taking in stunning views of the city. 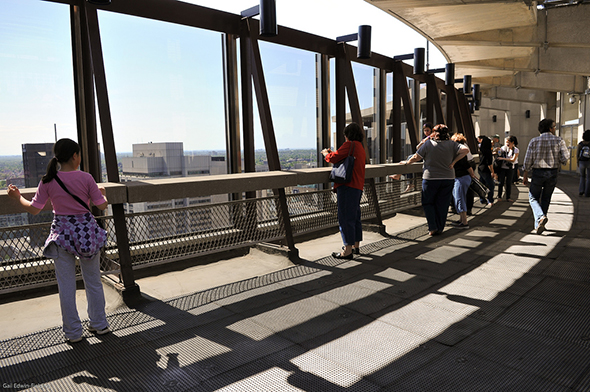 Not quite so inaccessible is the 26th floor observation deck at City Hall. While not regularly open, the area has been featured during Doors Open for a number of years, which has given the city a taste of this throwback form of entertainment. There's talk of re-opening the space to the public on a permanent basis, but it remains to be seen if the political will exists to do so.

City Hall is probably the best chance for some small return of the observation deck's glory days. Despite the presence of these viewing areas in virtually all of Toronto's 1960s and '70s era downtown skyscrapers, these privately owned buildings now have little to gain from devoting space to public galleries.

As Chris Bateman has pointed out, when the CN Tower appeared on the scene in 1976, it quickly rendered these lower indoor observation areas obsolete. It's a shame, though. If you've ever had a drink in the bar at Canoe on the 54th floor of the TD Centre, you know how majestic the view across the harbour is. You don't need to be any higher than this. 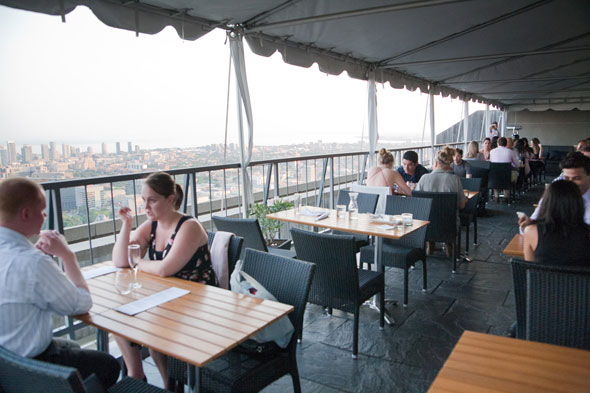 At one point there were active observation decks at the TD Centre, Commerce Court North and West, the Manulife Centre, and City Hall. You can still see what the view is like from two of these via Canoe and The 180 (plus a few other restaurants), but it's not the same. These are places of privilege, whereas the early observation decks were designed to make elite places publicly accessible.

Something important has been lost with the closure of these places. There was a civic pride that they fostered. For all the wonders of the CN Tower, the observation deck itself is the domain of tourists and children. It can't carry the torch, and so the flame will remain extinguished unless city council decides to revive the deck at City Hall.