The glory days of the Toronto airport hotel strip

Driving along Dixon Rd. near the Toronto airport these days, it's not hard to imagine that the place was once a hotbed for motor hotels, that strange hybrid structure of the 1960s that combined the modern economy of design witnessed in the conventional motel and the amenities traditionally affiliated with the hotel experience.

There are, after all, hotels everywhere around here. The airport hotel strip isn't in danger of disappearing anytime soon, even as it's profoundly changed over the last 30 years. Where once you'd encounter unique motor hotels with novel ideas as to how to lure business travellers, now the corporate chains reign supreme. The rooms are nice enough, but the character has fled. 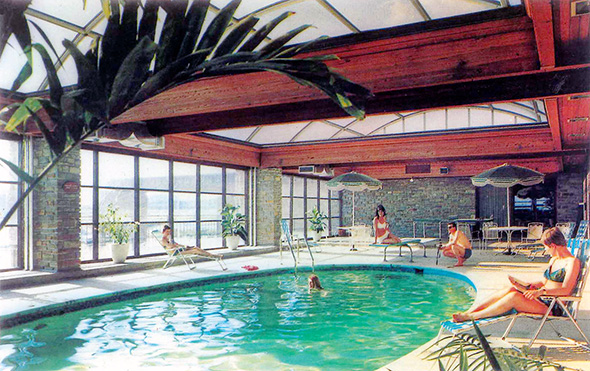 Two airport hotels in particular come to mind when I think of the glory days here: the Regal Constellation and the Valhalla Inn, both of which were demolished within the last five years as relics of their former selves. While both were worse for wear when they met the wrecking ball, back in the '60s and '70s, these places were palaces of kistchy pleasure. 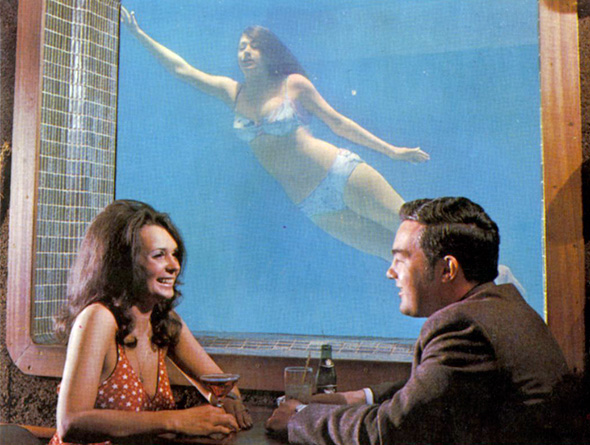 In their heyday, both hotels boasted exotic pools, which were a central attraction. Where the Constellation's watery oasis included islands and live plants, the Valhalla was even more outlandish with its underwater windows that opened to the cocktail bar below.

It's like they took the most famous pool in Las Vegas and transported it Toronto (with a few upgrades to boot). 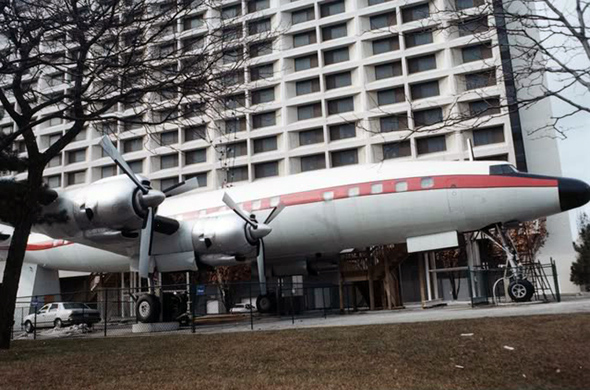 Then again, if I was judging based solely on kitsch potential, the former would take the cake for its purchase of a Lockheed Super Constellation aircraft to serve as a cocktail lounge in 1996. Things were already getting desperate at this point, but what's remarkable to remember is that both of these hotels came from significant architectural pedigree. 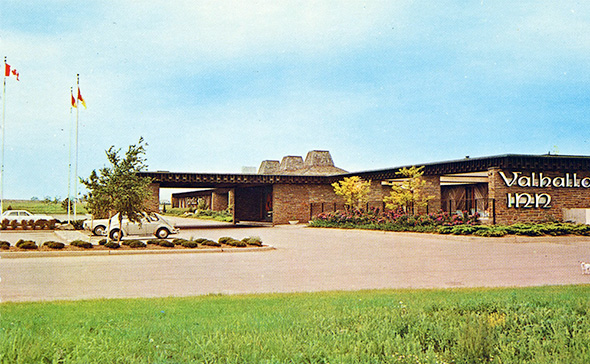 The Valhalla was designed to be a Norse paradise by George Robb, and despite the more over-the-top features, always had a certain elegance to its layout. Sure, the Mermaid Bar had underwater windows to the pool, but the bar itself was majestic. Meanwhile, the original Constellation was designed by Bregman + Hamann before the eyesore of a tower was added later. 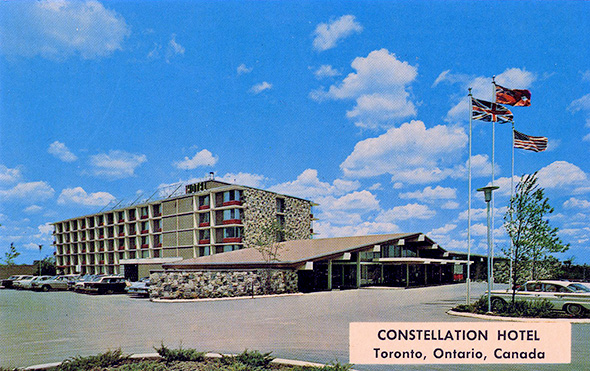 The Constellation has always shared something in common with the Inn on the Park, both thanks to its ample use of field stone and the manner in which the hotel shelters the Miami-like outdoor pool and lounge area. In other words, these were serious places, built by architects with serious ambition. 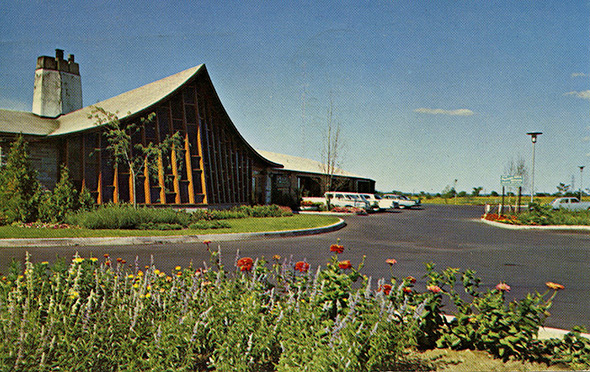 Although a little further afield, you might throw the Ascot 27 Hotel into the mix here. It opened in 1960 near Highway 27 and Rexdale Blvd., still close to the airport but more importantly to the new Woodbine Racetrack (1956).

It too was designed by George Robb, and featured a cathedral like entrance marked by soaring stained glass windows. It was less outlandish by amenities, but offered lovely views of the Humber Valley. 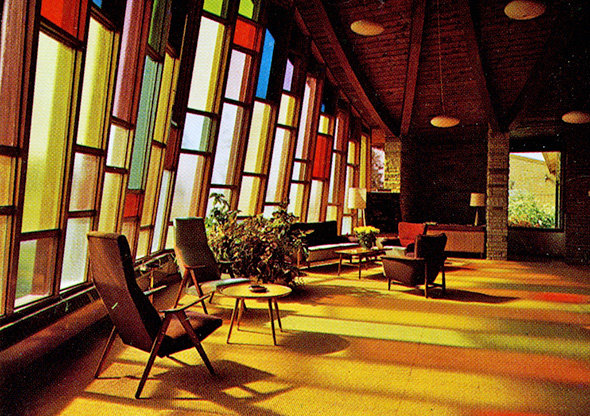 Back when the Valhalla closed its doors, Rick McGinnis eloquently summed up why these relics couldn't hold on in today's hotel economy. "Today, business trips are more crowded, the expectations to produce more keen and technology has woven a more robust tether to employers and clients, so their room is their office, boardroom and bedroom."

The appetite for exotic features just isn't there. Comfort has replaced recreation on the priority chart. Nevertheless, it's a testament to the design of these places that they hung on for as long as they did. The airport strip is certainly a less interesting places for their loss.