Is this the most mysterious street in Toronto?

The Toronto area has its fair share of quirky streets, but none so mysterious and illicit-feeling as Convair Drive. The street snakes around the western edge of Pearson International, which means that it's technically in Mississauga, but I'll claim it for Toronto on the basis on its proximity to our main airport.

In any case, it's in the Toronto area, and it's about as fascinating as our roads get. What makes Convair Drive intriguing is that it feels very much like it leads to a forbidden section of airport property. 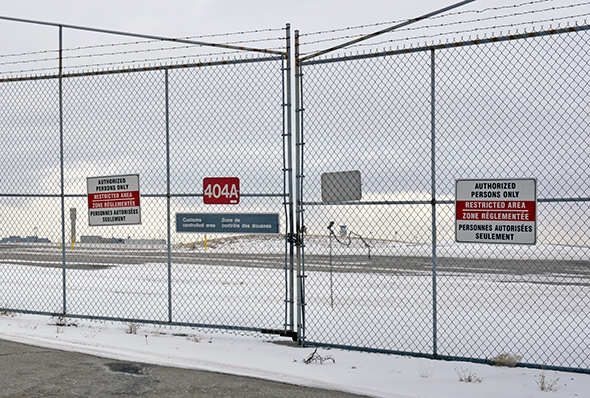 Named after the now defunct aerospace company that provided planes for some of the earliest airlines to use what was once called Malton Airport (and later Toronto International), it's not exactly surprising that the street services parts of Pearson that the vast majority of travellers never set their sights on.

It's with the latter that my mind wanders when driving here. Even as there's absolutely nothing remotely illegal about exploring the area, it's easy to feel on edge, as if you're doing something wrong - particularly if you're taking photos.

The sense that you're in a place you shouldn't be is established by a whole host of features, not the least of which are the multiple gates that you have to pass through as you travel along Convair Drive (there's also a particularly foreboding one if you fork off and take Brittania Road to its eastern terminus). 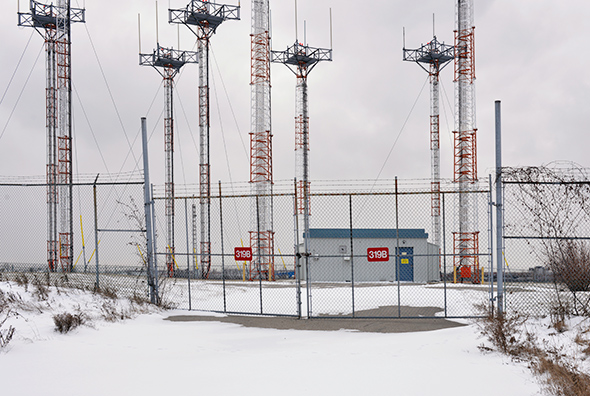 Adding to the intrigue are the various examples of airport technology that you encounter along the way. Driving south along Convair you encounter the ILS infrastructure that services runways 6L and 6R. Later, once the road begins to head east, it passes by a ground radar tower that seems like a giant relic from the space age. 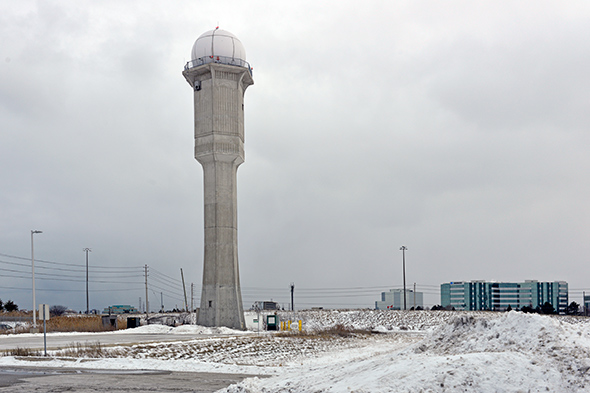 The point at which the road makes its transition from south to east is where Air France Flight 358 crashed on August 2, 2005. Having skidded off of runway 24L (which is the designation given to the strip that's also used by 6L but for plans approaching from the east), the Air Bus A340 roared past Convair Drive, eventually coming to rest just short of Etobicoke Creek.

This too is mildly off-putting in that even during a quick jaunt along Convair you're bound to see numerous planes take off and land. You surely don't expect that something bad is about to happen, but there are plenty of situational reminders that commercial flight doesn't always go according to plan. 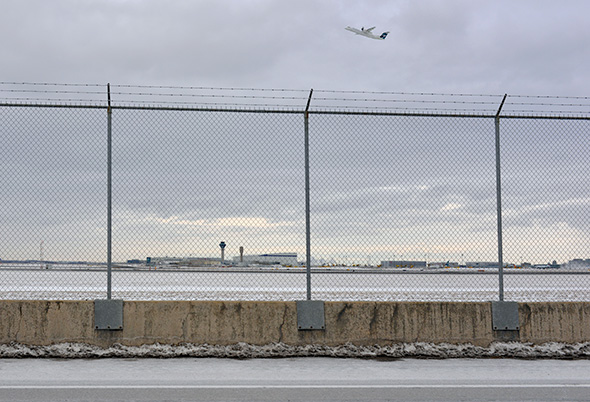 And yet, it's also enthralling to soak up the rhythm of the planes coming and going. It's remarkable how tightly choreographed arrivals and departures are, something you only really get a sense of when you stop and watch as the planes cue up to land and take off on the same runway.

The most dramatic place to do this is near the Petro Canada station on Airport Road at the base of runway 23, but pulling onto the shoulder and taking in the scene from Convair gives a more holistic view of the action at the airport.

I only stopped for a few minutes on account of my irrational fear that I'd be hassled by airport security, but it was worth the temporary anxiety. 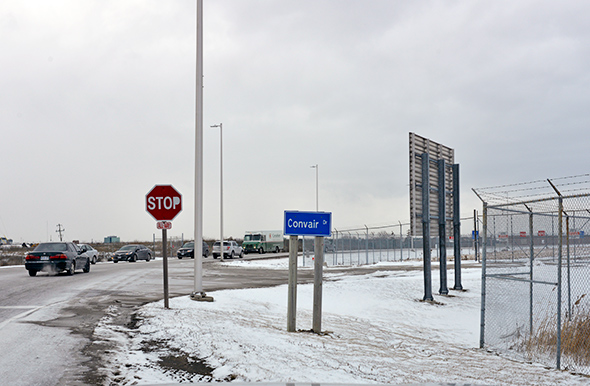 Convair Dr. is most mysterious at night, when the shimmering runway lights add another element of intrigue. As I've said before, X-Files fans driving here will feel as though they're playing Mulder and Scully as they case Ellens Air Force Base for prototype military planes based on UFO technology. It just has that vibe.

Even if you haven't watched the show, and even if you don't care much for planes, Convair is worth a detour to explore for its various pleasures, the most palpable of which is the sense that you're trespassing without that ever actually being the case. This is more captivating than you might think.

Correction: An earlier version of this post characterized the ground radar tower as being weather-related. Thanks to a note from a reader, this description has been updated. The official designation of the structure is the South Airport Surface Detection Equipment tower.