In a city brimming with sparkling new condos, George St. is an unusual and problematic place. Well, not all of the street, but the section between Dundas and Gerrard flanked by Filmore's strip club and the Seaton House shelter is like no other stretch of road in Toronto for its overt drug dealing, abandoned houses, and general sad state of affairs. 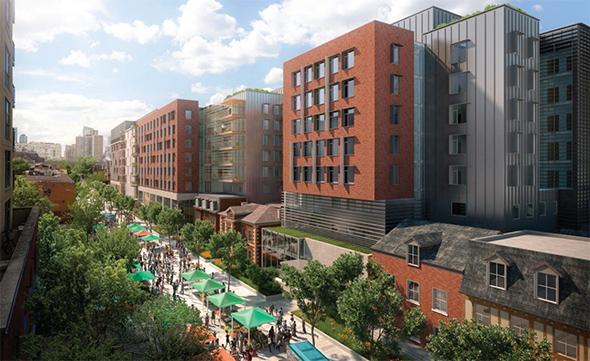 A long needed revitalization plan is finally in the works for George St., one that will hopefully address the neglect that's defined this short stretch of Toronto for the last decade or so. The vision calls for the expansion and reconfiguration of Seaton House -- removing emergency shelter spots in favour of long term care and assisted living. 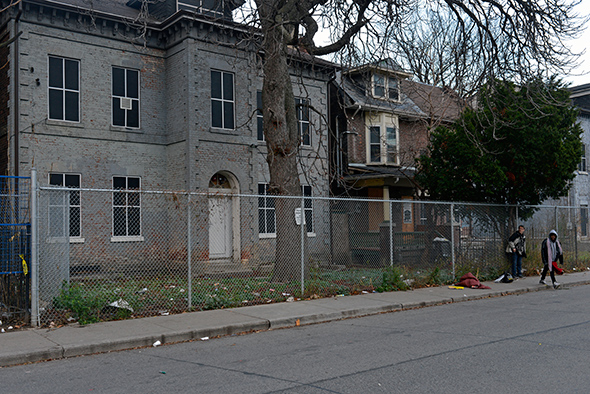 There are a number of challenges facing the street at present, but the two main ones are the manner in which Seaton House is integrated with the neighbourhood and the row of eight abandoned houses to the south of the shelter. Over the last five years, the city has acquired these properties, which was crucial to moving forward with the redevelopment of Seaton House. 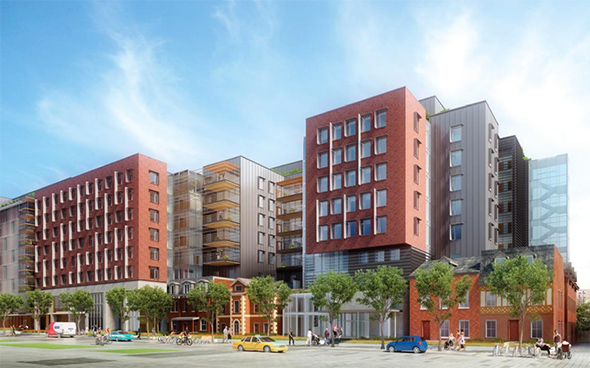 Although specific plans for their restoration have yet to be revealed, the city is adamant that these heritage-designation properties will be restored as part of plans to revitalize the street over the next five years. In fact, breathing new life into these old houses is believed to be a key way to "de-institutionalize the street," according to the George Street Revitalization Project Overview. 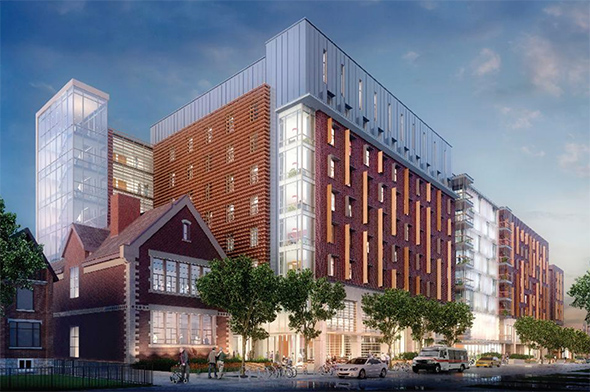 It's worth noting, of course, that these are conceptual renderings and subject to change. They don't necessarily paint an exact picture of what a future George St. will look like, but rather what the underlying vision for the street is. But even if the details change, it's plain to see that major changes are in store. 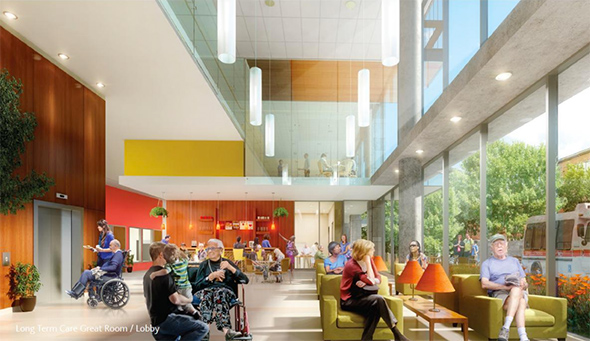 Some of these images might even seem like pie in the sky, particularly given the current state of the street, but one has to believe that an investment that's been pegged as high as $500 million could usher in an entirely new George St., one that the city might actually be able to take some pride in. 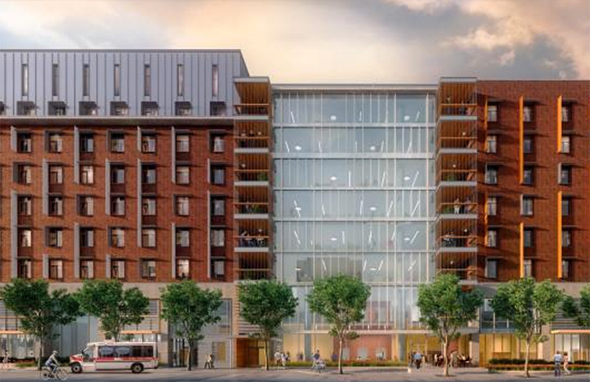 More than anything, the revitalization seeks to diminish transience on the street. Along with better integration of the shelter with the street as a whole, the primary way such a task might be accomplished is via the drastic reduction of emergency shelter beds, down to 100 from the 240 designated for such use out of the 543 total beds currently on offer. 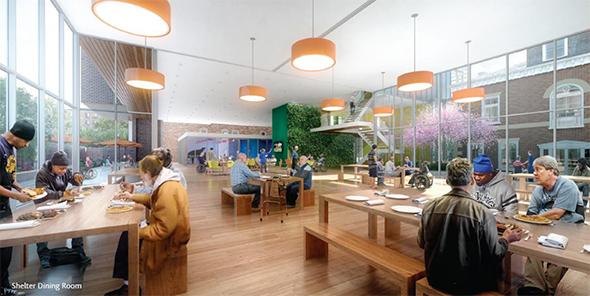 A revitalized George St. is still a long way way. The earliest an overhaul like this might come to fruition is 2021, but it's a very good sign that the project is coming along. There's much potential on this street, so long as we collectively decide to care about its future.

What do you think of the conceptual renderings for a revitalized George St.? Let us know in the comments.

Present day photos by Derek Flack, renderings via the City of Toronto.