Grange Park is finally set to get a makeover that's been in the works for years. Designs for the historic park have been approved, and construction is set to begin with a completion date pegged as summer 2017. The designs have undergone considerable refinement over the last two years, though some of the key ideas remain in place. 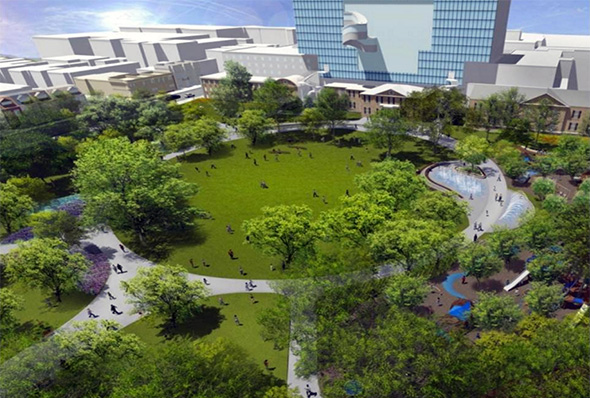 Chief among these is the return of the old carriage path around the perimeter of the park, a feature which disappeared when the green space was converted from the Boulton estate property of the Grange to a public park. It's a nice nod to the history of the site, and should also prove useful for those cutting through the park. 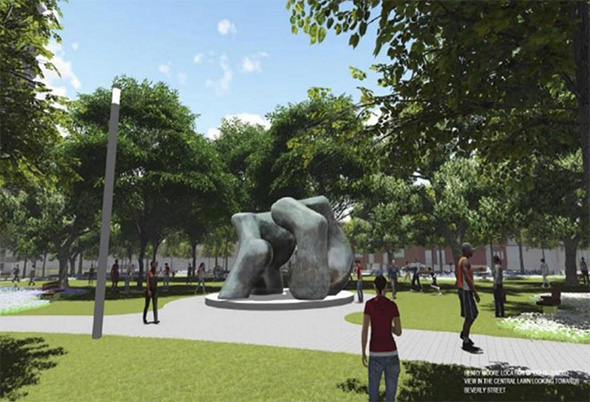 Perhaps more controversially, these final plans still call for the re-location of Henry Moore's "Large Two Forms" from the southwest corner of Dundas and McCaul to the west side of the park. Earlier plans called for a more central location in the park, but it will now sit just off of the carriage path. That's a boon for the revitalized green space but will certainly leave a gap at the entrance to the AGO. 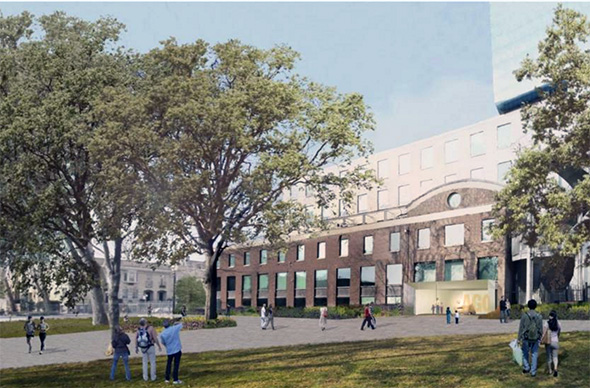 Another noteworthy feature of the makeover includes a new southern entrance to the AGO via the Grange. Visitors will still have to make their way to the front of the building to gain access to the galleries, but they will be able to do so via the Weston Family Learning Centre. 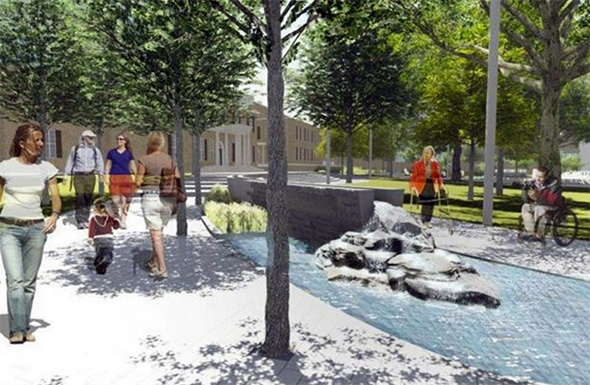 From a landscaping standpoint, the renovation will witness the addition of 60 new trees, water fountains, gardens, modernized playgrounds, and the extension of the green space east towards OCAD's Sharp Centre for Design. 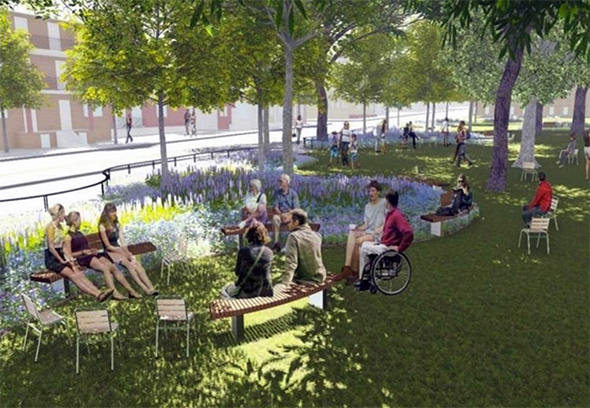 The Grange has always been a valuable bit of park space in the heart of the city, but it's been in need of some TLC for a while, and thanks to funding efforts from the Weston family, the AGO and the city, it's now poised to receive a major upgrade. 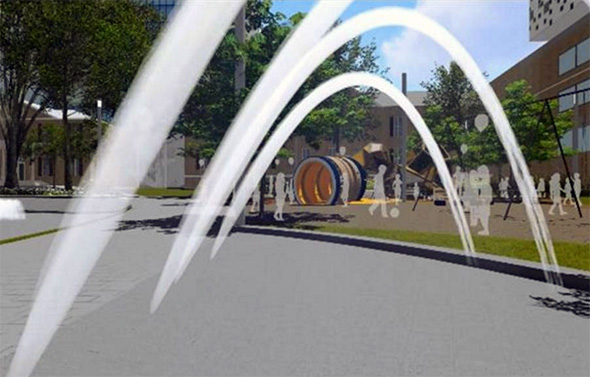