Toronto reacts to attacks in Paris

In the wake of the devastating terrorist attacks in Paris, The Consul General of France in Toronto, Marc Trouyet, will be holding a silent vigil today at 2 p.m. in Nathan Phillips Square. Along with the Consul General, Mayor John Tory will also address the crowd.

As tragic news continued to filter in from Paris last night, the CN Tower and Toronto sign, as well as other buildings around the city, were flooded with red, white and blue lights to show solidarity with those in France.

The people of Toronto stand with Paris and offer our solidarity and support at this heartbreaking time.

Vigils are planned for cities around the world today, including in Vancouver and last night, many gathered to lay candles outside the French Consulate in Montreal. 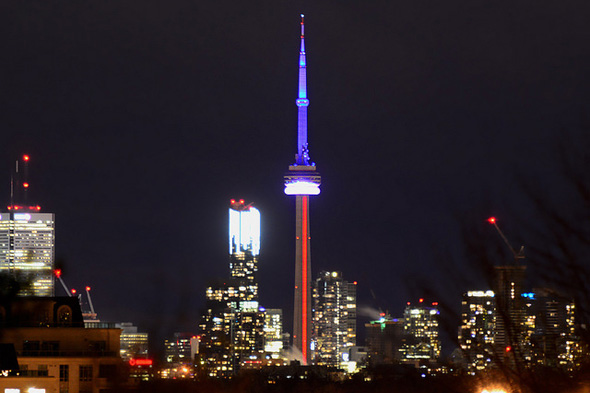 Photos by Top Podolec and Scott Rogers in the blogTO Flickr pool.