Plenty of areas are home to grassroots, Free Little Libraries that let neighbours share books with one another. But one Toronto-based architectural firm has taken these temporary, mobile libraries to the next level.

Atelier Kastelic Buffey (AKB) created the Story Pod, which is located in Newmarket. The wooden structure is shaped almost like a book and includes wooden benches and shelves. 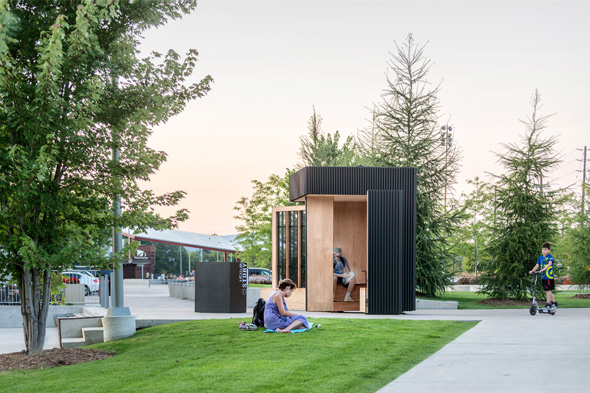 While it's locked up at night, solar panels power LED lights, enabling it to glow like a "lantern, providing ambience for night markets or community events," explains AKB on its website. 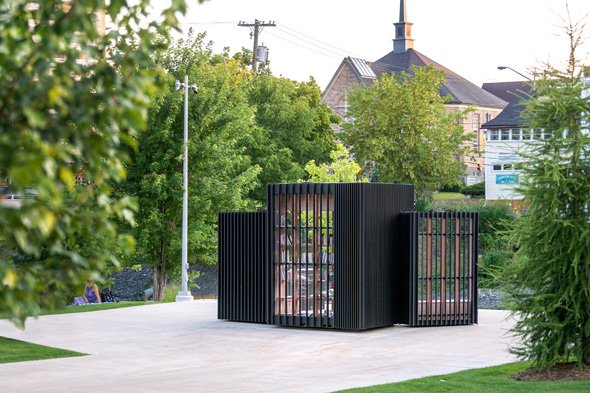 This was a one-time project commissioned by the Town of Newmarket, says architect Aaron Finbow via email. He and his team worked on it pro bono and aimed to create a public gathering space in the town's Riverwalk Commons, or downtown, area. 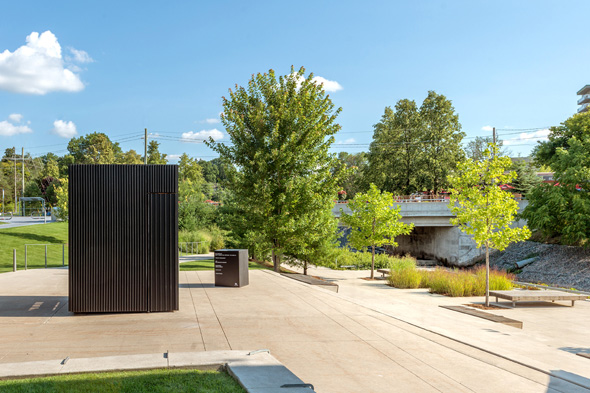 According to the Toronto Star, the Story Pod was accessible until October and it'll return come spring.