This is what a Toronto mind map looks like

Mapmaker Archie Archambault believes that the proliferation of GPS devices is "hindering our ability to create mental maps of our surroundings." Because we're so often being directed where to go, we tend to lose sight of the geography on the way. By way of an antidote to this, he's created a series of mind maps for major cities all around the world, of which Toronto is one. 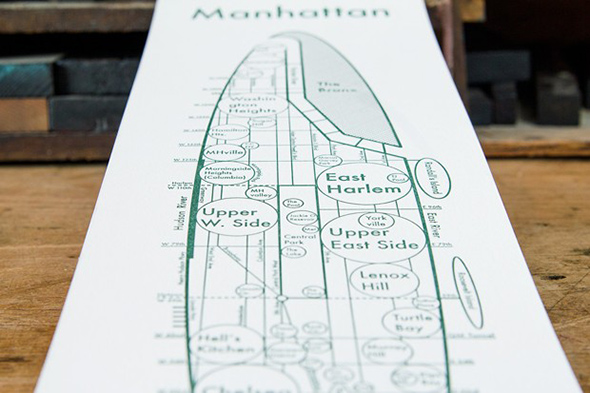 They're not the most graphically remarkable creations, but on a conceptual level, they're fascinating. While there's a street grid in place, the map is mostly composed of a series of circles that represent landmarks and neighbourhoods. The key to these maps is Archambault's own explorations of a given city. He jots down information as he travels around, surveying by experience. 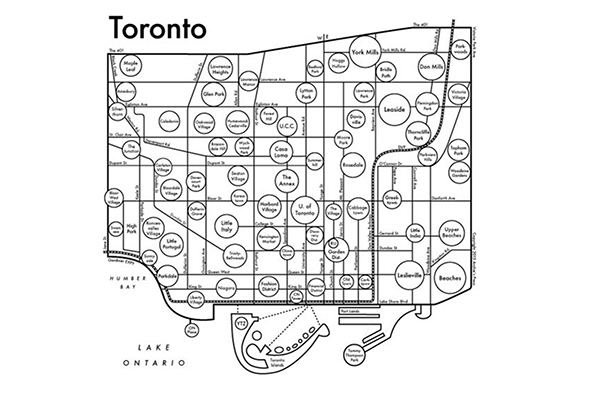 The result is a map that distills the city down into its constituent parts. Unlike conventional maps, places like Casa Loma, Dovercourt Park, and Upper Canada College are given significant status as landmarks that underwrite the areas in which they're located. The more obvious neighbourhoods are also represented, but in a way that's so simplified, it's unfamiliar.

And that's the idea, to a certain extent. When we allow ourselves to be exposed to the unfamiliar, Archambault argues that we're naturally very resourceful and good at getting around. In other words, when we turn off the GPS, our experience of the city is far richer.