After decades of negotiations and dead deals, the Guild Inn is finally set to be revitalized. While the site has dropped off many people's radar since the hotel closed back in 2001, like the now defunct Inn on the Park complex at Eglinton and Leslie, the Guild was once an immensely popular place.

The neighbouring park, filled with architectural monuments from Toronto's past, has been maintained since the hotel fell into disrepair, serving prominently in what has to be one of Drake's best videos of all time in the form of Headlines (now that is the Drake of four years ago). 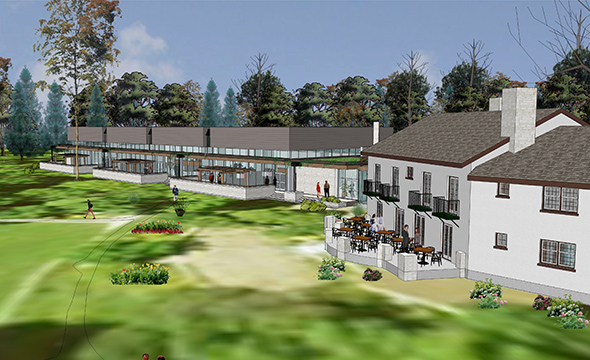 Nevertheless, what was once the estate of Colonel Harold C. Bickford has seen much better days. The concrete hotel that joined the site in 1965 much to the distress of heritage enthusiasts was demolished in 2009, paving the way for redevelopment of the historic property, but it still took five more years for the city to settle on an appropriate suitor. 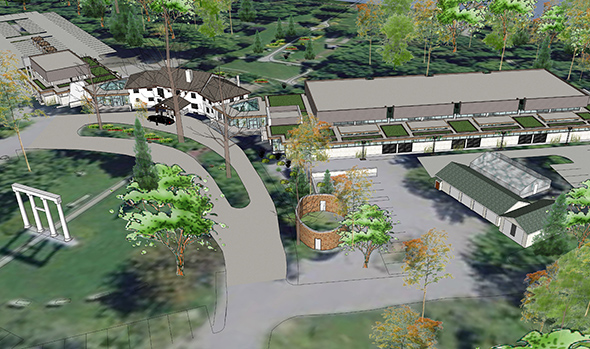 At one point both Artscape and Centennial College were interested in the site, but its new future will be as a special events venue operated by Dynamic Hospitality and Entertainment Group Inc., who now have a 40 year lease on the property. While previous proposals were intriguing, the best news is merely that the property will be restored and functional again. 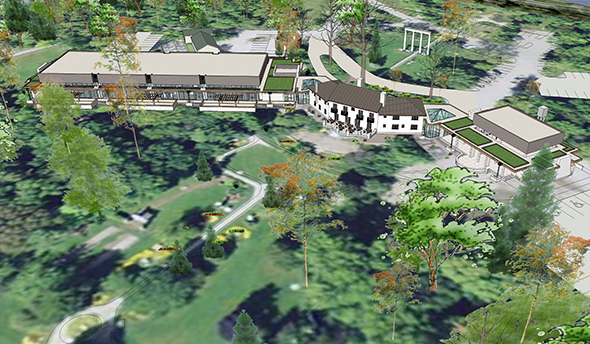 If you haven't been, it's hard to describe just how beautiful the grounds are here. It's no wonder it served as an artists' colony back in the 1930s. The latest renderings are a bit rudimentary, but they do convey the overall strategy with the renovation -- namely, the idea is to restore the original property and add one low rise event space that fits the scale of the historical structures.

The opening date is ambitious with plans to be operational in 2016. Some demolition work will begin right away on damaged buildings while a team of architects with solid heritage credentials will lead a restoration process that will witness life breathed back into the Guild Inn. It's about time.