A snapshot of the Toronto harbour in 1919

Few buildings give a better sense of how radically the Toronto waterfront has changed than the Harbour Commission Building. In the early 20th century, this was one of the furtherest southerly points in central Toronto (save for the Island). In fact, the building was located at the end of a pier, and so jutted out into the inner harbour. 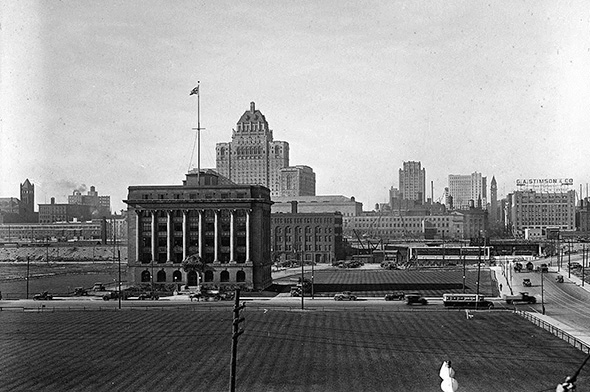 Fast forward just a decade, and the front of the Harbour Commission now looked out onto a field of grass, its position on the waterfront subsumed by land reclamation projects throughout the 1920s. The harbour was dredged over and over again to build the city southward, an engineering feat that has given us much of the land south of Union Station.

Speaking of Union Station, one should note the presence of two such structures in the lead photo from 1919. The second and third iterations of Toronto's railway hub both sat at the south end of the city between 1920 and 1931, when the older structure was (somewhat tragically) demolished. 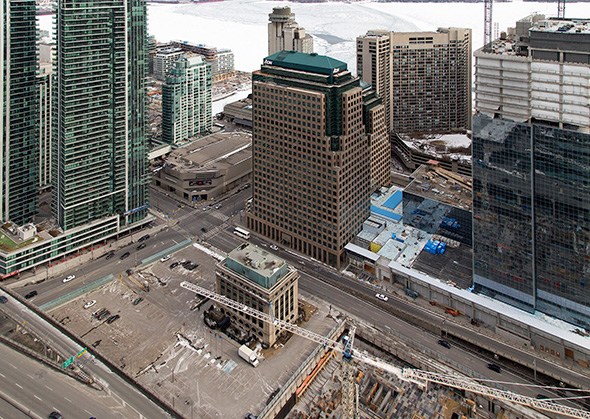 Now the Harbour Commission building is about 700 metres away from the shoreline, buried behind various condo projects and high rise office towers that have soared since the rise of South Core as the city's second Financial District. The juxtaposition between these before and after photos is stark to say the least, but the building still looks as stately as ever if you make a point of looking at it.