"Map is not to scale." Anyone who's ever peered at the TTC's subway route map will be familiar with this disclaimer, one that leaves urban geography nerds curious to know what the actual distances between subway stations are.

William Davis provided a useful to-scale version of the TTC map, which helps to clarify but not to solve the debate over the longest and shortest gaps between stations. 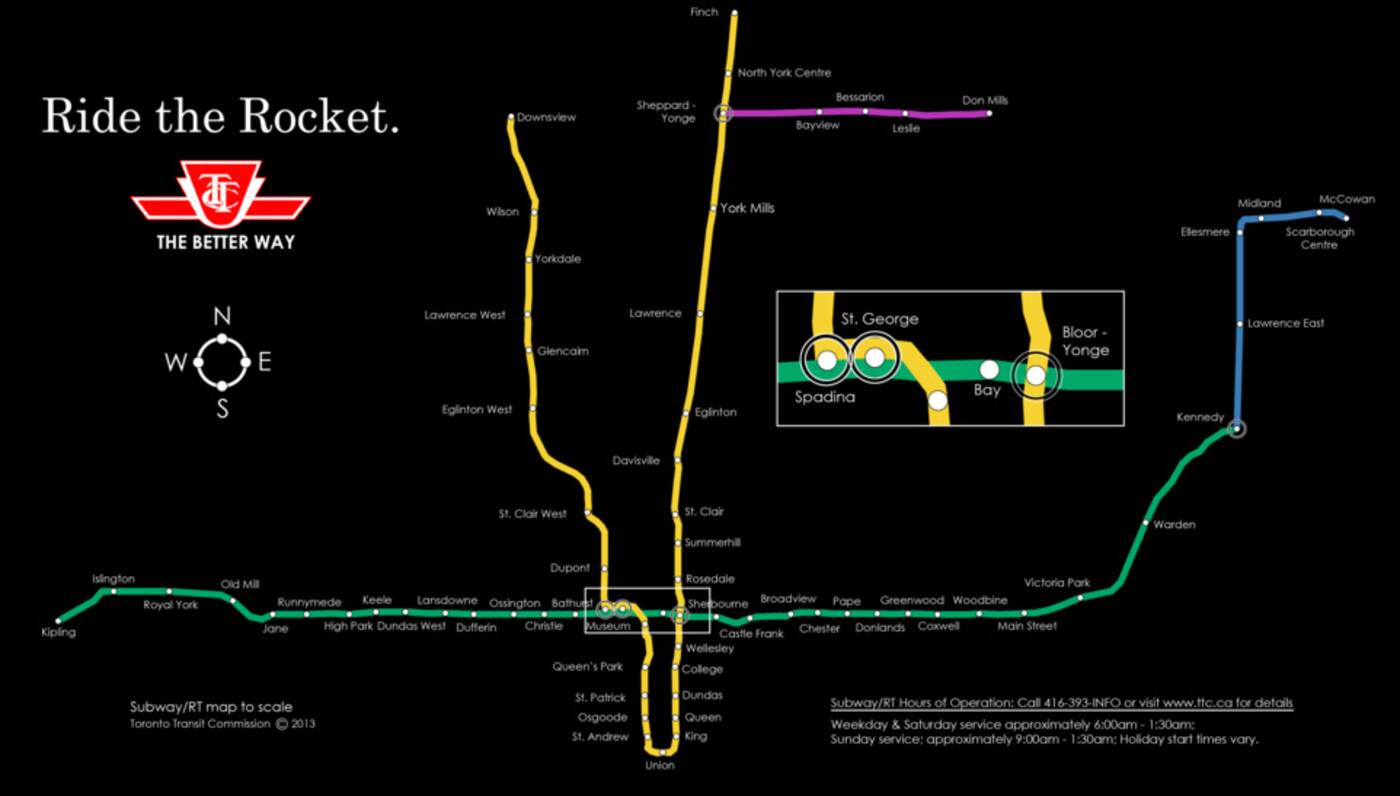 But since Davis created this map in 2017, six new subway stops were added from Downsview Park to Vaughan.

A 2020 map, not to scale, shows the six new stations. Photo via TTC

It's not so difficult to sketch out the difference between stations using online distance calculators, though it is a challenge to peg exact numbers based on the architectural layout of stations underground. While entrances are typically located near main intersections, platform positioning varies significantly.

The shortest distance between two stops on the TTC, for instance, is between St. Andrew and Osgoode stations. Although the TTC map makes it look as though the trip between King and Queen would be equidistant, the platform at Queen is located north of the street after which it's named, while Osgoode dips south toward Richmond.

Based on rough Google Maps calculations, none of the six new stations qualify for the shortest or longest distance between two stops.

With the proviso that this isn't based on official TTC numbers, here's a guide to the longest and shortest distances between TTC stations.