How TTC subway stations got their atypical names

Toronto's subway stations have mostly simple and elegant names. Save for a small number of outliers, the formula is easy: take the name of the nearest major street and subtract the suffix "road," "street," or "avenue."

In case of a conflict, add "West." The convention started with the Yonge line in the 1950s and has since been continued on the Scarborough RT and even the St. Clair streetcar.

In contrast, London Underground stations are mostly named for the surrounding neighbourhood or part of the city, though there are a few streets, landmarks and pubs — Royal Oak, Elephant & Castle, Angel, Manor House, and Swiss Cottage — sprinkled in for good measure.

Toronto has some exceptions, too. Some of these will be obvious, while others probably make unfamiliar references to the average TTC rider.

Here's how Toronto's atypically named subway stations came to be.

The glut of stations in the Avenue and Bloor area required the TTC to get creative with its names. Museum station first appeared in 1959 on a provisional TTC document. At the time, Bay station was called Bellair (it was also briefly called Yorkville before the University line opened in 1963.) The Museum name, of course, refers to the nearby ROM. 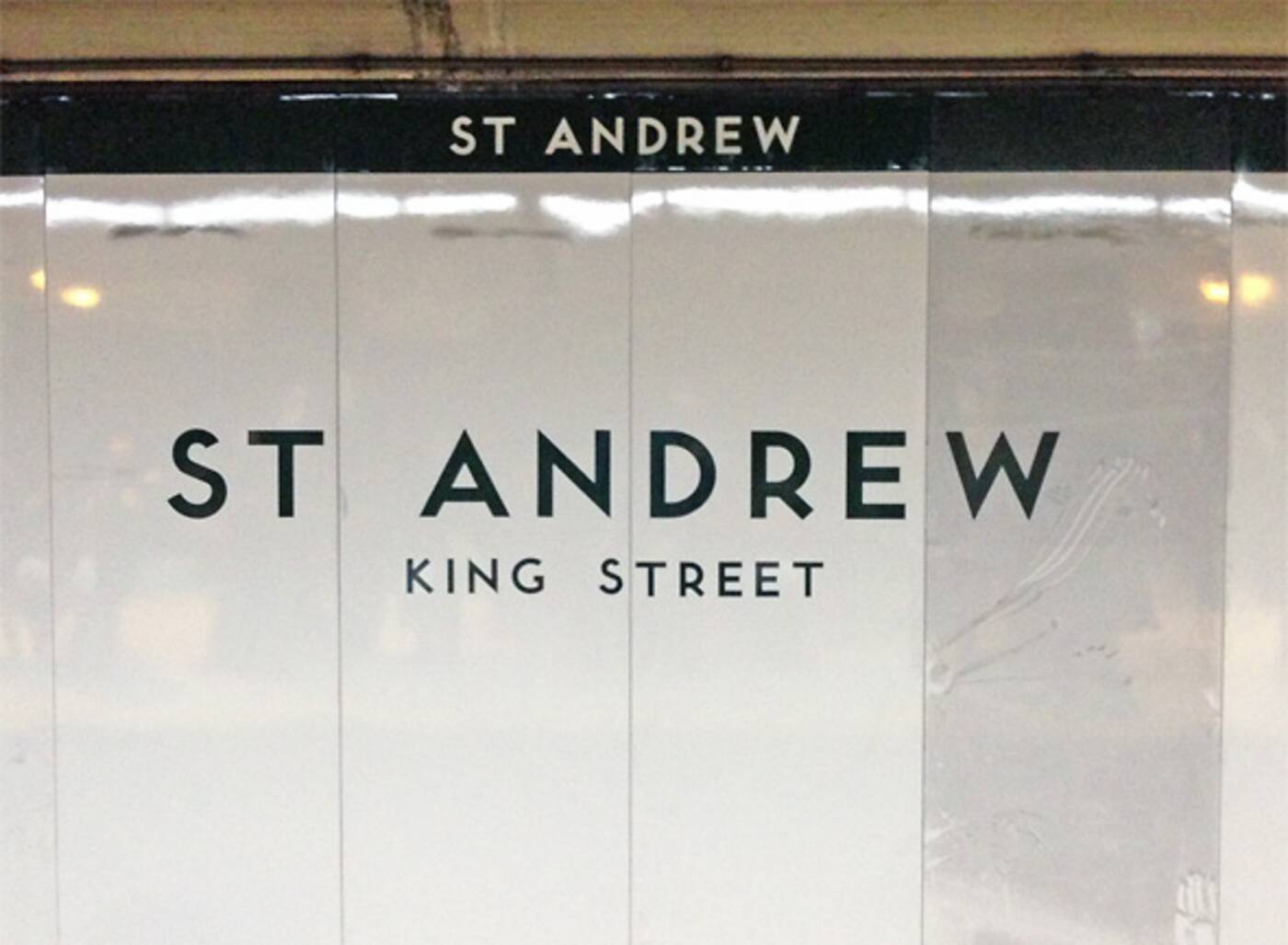 You might be surprised at the origins of St. Andrew Station. Photo by Derek Flack.

Faced with the problem of having two stations on the same street within a very short distance, the TTC opted to name the stations on University line after former city electoral wards. At the time of its abolition in 1901, St. Andrew's Ward was bound by King and Queen in the north/south and Yonge and Dufferin streets in the east/west. 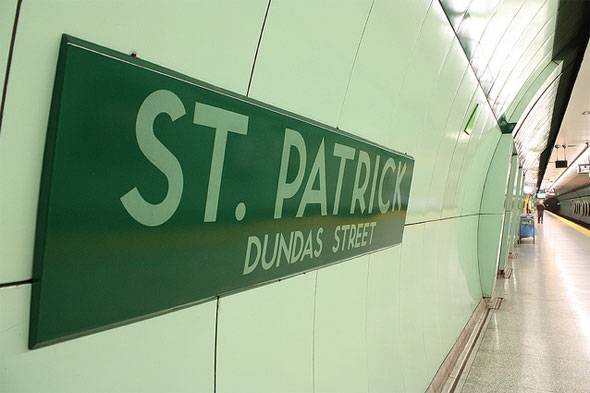 The green colour at St. Patrick gives the station name a double reference. Photo by MrDanMofo.

There was a time when the TTC seriously considered changing the name of St. Patrick to Art Gallery, in reference to the nearby AGO. The name in use today is a nod the former St. Patrick's Ward, a division of the city bound by Bloor, Bathurst, University, and Queen. The mint green platform tile is a reference to St. Patrick, the patron saint of Ireland. 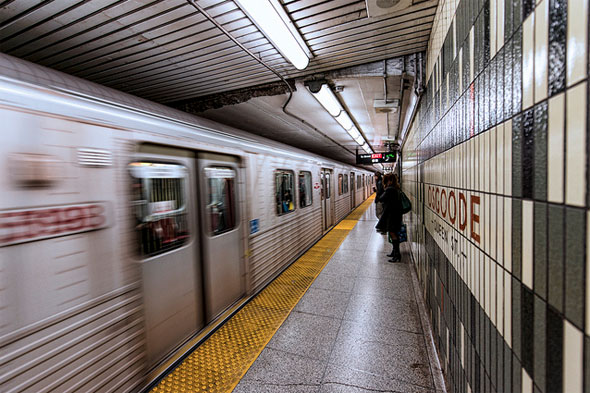 Osgoode takes its name from one of Toronto's most stately buildings. Photo by Ben Roffelsen.

Osgoode station is named after Osgoode Hall, the historic law building on the northeast corner of Queen and University that was named for William Osgoode, a prominent early judge and lawyer. It's an interesting choice given the trend of naming stations for city wards: St. John's Ward covered the area where Osgoode Hall stands today. 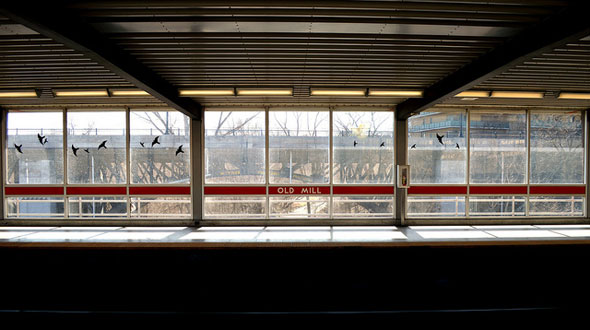 Old Mill has a few things that make it unique. Photo by Chris Bateman.

The Old Mill Tea Garden opened on the site of a former Humber River sawmill on Aug. 4, 1914, the same day Canada entered the First World War. Over the last 100 years, the Tudor-style complex has expanded to include a hotel, spa, and namesake subway station. Opened in 1968, Old Mill Station is often considered one of the nicest in the system. 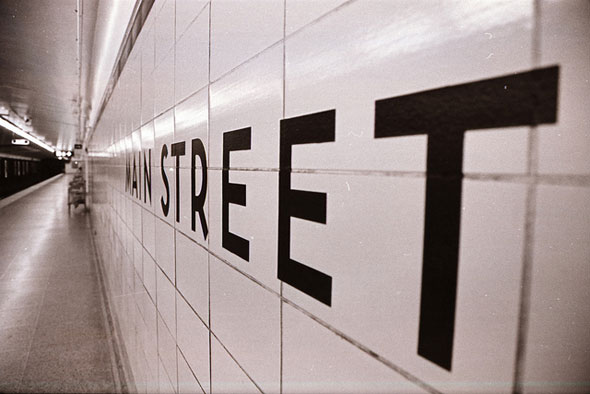 You could see how this might get confusing. Photo by Matthew.

Main Street is the only station on the Toronto subway system to retain its suffix. The street was named when it was the principal thoroughfare of the town of East Toronto. The town itself is long gone, but relics like the name of Main Street remain. The TTC keeps the suffix to avoid giving the impression it's the city's principal station.