The heritage structure that sits at the southeast corner of Duncan and Adelaide could be in store for a major facelift should a new proposal from developers Westbank and Allied meet approval from the city, reports Urban Toronto. The mixed use development at 19 Duncan St. would also include a 57 storey tower split between office space and condo units.

The project is an interesting one in that it accomplishes a number of goals. There's a significant boost to downtown office space (around a quarter of the square footage of the development), the overlooked heritage property will be revitalized (think of what this did for the Dineen Building), and the condos will be perfectly situated in a highly dense area.

From a visual standpoint, not everyone will be in love with the tower portion of the project, but taken as a whole, it's rather stunning. The addition of two storeys to the historical building is an appealing combination of old and new, and the way the tower is set back allows the original structure to remain the centre of attention at street level. 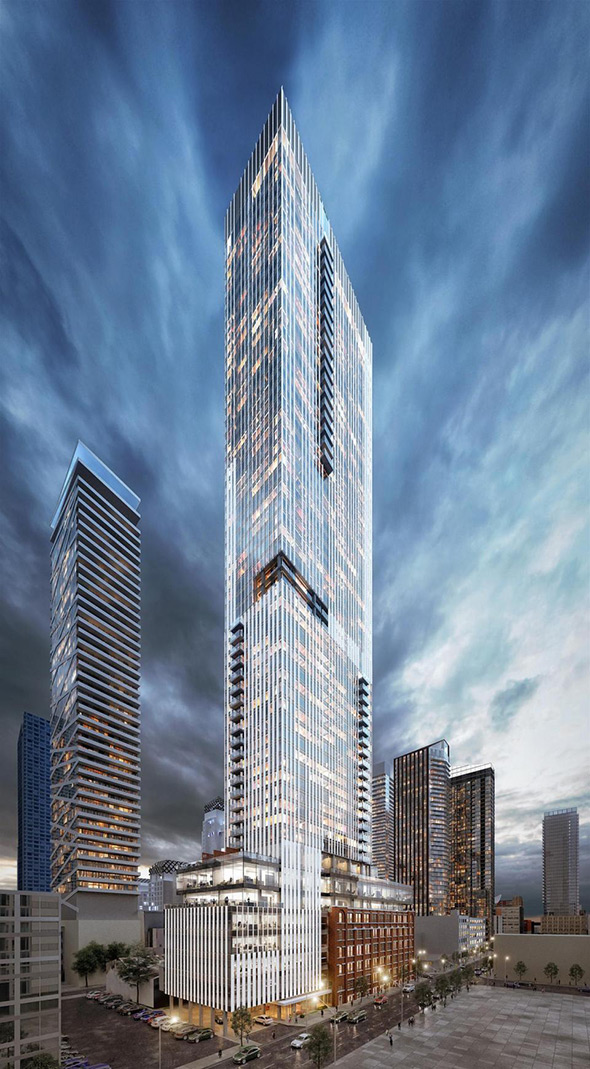 A formal application still has to be submitted to the city, but this one looks very promising.

Do you hope the proposed tower becomes reality? Let us know in the comments.